Project: Hanging Hotel
Designed by Margot Krasojević
Client: Micha Manz, Gerard Holden
Location: France
Website: www.decodeine.org
Margot Krasojević studio is sharing with us the showstopping project for a Hanging Hotel, commissioned by Holden Manz Wine Estate Cape Town it is situated in the South of France. The hotel project is shaped to become an integral part of it's mountainous surroundings. The hanging platforms offer a rest for rock climbers, a pause enabling them to enjoy the views and environment before continuing their journey. The surfaces are partly embedded partly protruding from the existing rock face structure. A grid of borehole foundations injected into the rock face expand into the existing granite, clamping the main body of the structure into the façade. The hanging hotel creates a serious of polarised glass spaces which protect the climber from glare reflecting light in an uniform direction creating an illusion that the sun is in a lower position than it is and therefore negating glare, Uvb light rays are reduced by using holographic filtered compound glass, this reduces the number and types of wavelengths entering the spaces which in turn reduces the harmful uVb rays, the holographic filters split the white light with a prism affect, the filters are removable and this effect can be taken advantage of. This hi tech prism louver system almost completely reflects direct incident light, but admits diffuse zenith light. The dismountable concave reflection louvers wrap themselves round the pods acting as partly a shading system, they also heighten the experience and the view, a filter that allows to choreograph the view as it is in all its reality but whereby mirages and misleading illusions, at these altitudes,  are controlled and edited by these pods creating clear and real images of the immediate environment, alternatively, the pods choreograph a heightened yet dislocated relationship with the real perception of existing views, an alternate reality by using the prismatic optical elements which divide colour with changing viewing points.

The pods naturally induced visual hallucinations resulting from altitude and exhaustion. The pods also simulate a self contained environment suspended from the immediate environment allowing the climber to rest providing a meditative space before continuing, important for mental strength and physical resolve. For the prevention/containment/ of anomalous perceptual experiences during mountain climbing. The spaces within the hotel can either enhance the perception of the surrounding area or block it to aid recovery and over exposure.

The main shell of the hotel is a carbon fibre reinforced polymer shell which very much like the tarpauline tent is flexible yet strong, the main load is carried by the walkway, columns, horizontal foundations which pin the reinforced glass pods and carbon shell to the granite cliff face like a portal edge.

1. Half constructed half evacuated from cliff face structure is pinned into position hanging as a tent or portal edge.
2. The steel horizontal foundations
2. Timber cross beams bored into the cliff face protrude enough to rest on columns which carry the majority of the walkway load.
3. The columns sit into the rock and strengthen under load.
4. Columns play an auxiliary structural role, the columns are flexible and can move slightly to compensate for uneven walkway load bearing.
5. Timber cross beams have triangular wedges attached to edge so when they are driven into trapezoidal holes in the cliff the wedges are pushed into the timber beams creating a very tight fit into the rock itself.
6.  The ropes and reinforced guide frames are clipped into the cliff face and can be moved as necessary. Portaledges sit into the rock.
7. The  main body of the structure is partly supported by existing rock, it’s centre of gravity is positioned on the ledge allowing the structure to lean back into the granite cliff face making it easier to clip into the horizontal foundations.
8. The project is a hanging hotel with viewing platform which provides structural security for climbers, a rest stop to enjoy the view.
The section of cliff face is secured to the rock and provides a stable meditative wildlife sanctuary.
9. Finger and fist jams are part of the concrete surface structure sprayed into the boreholes and over the surfaces allowing climbers more security before climbing onto platforms. An artificial climbing surface. 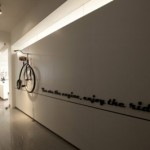 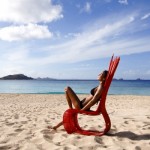