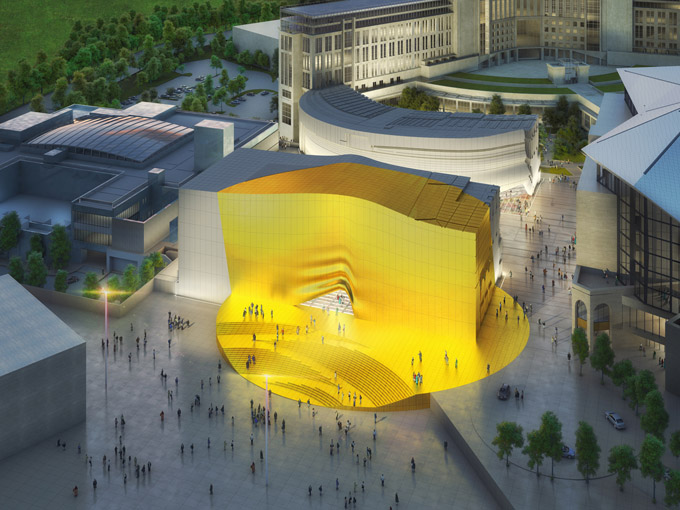 MVRDV designed The Imprint, a new 2-building art-entertainment complex close to Seoul’s Incheon Airport. The building complex includes a nightclub and an indoor theme park. The windowless structures feature three key design elements: imprints of the façade features of surrounding buildings, lifted entrances, and a golden entrance spot covering one corner of the nightclub building. Take a look at the complete story after the jump. 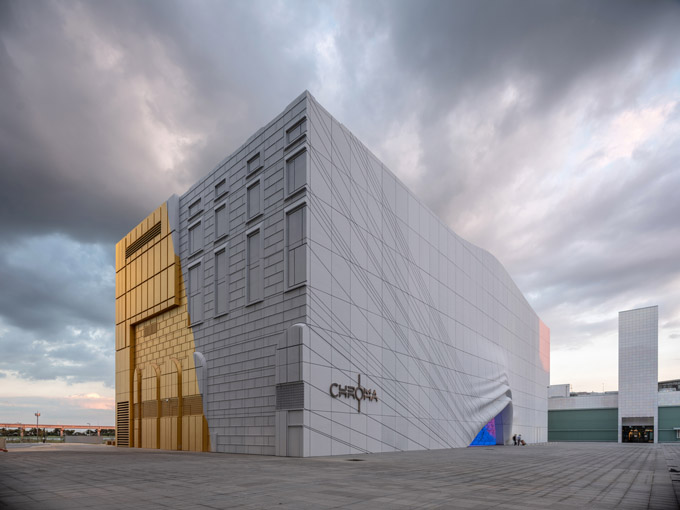 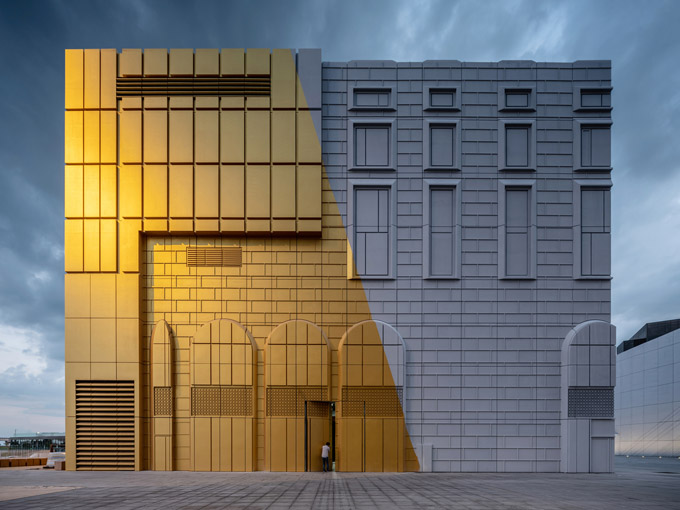 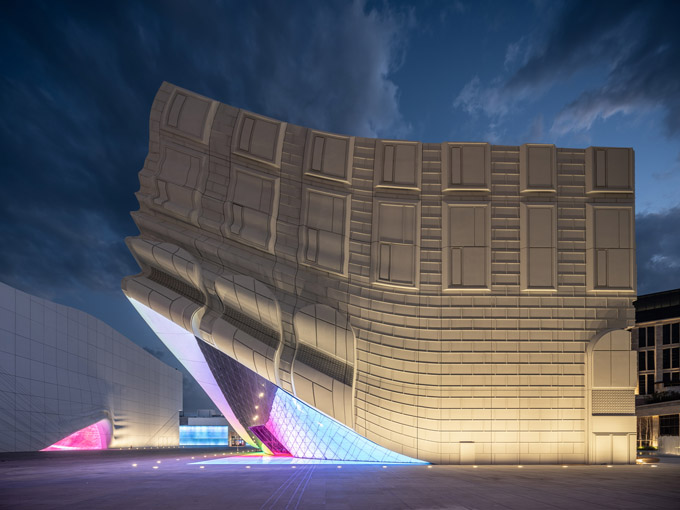 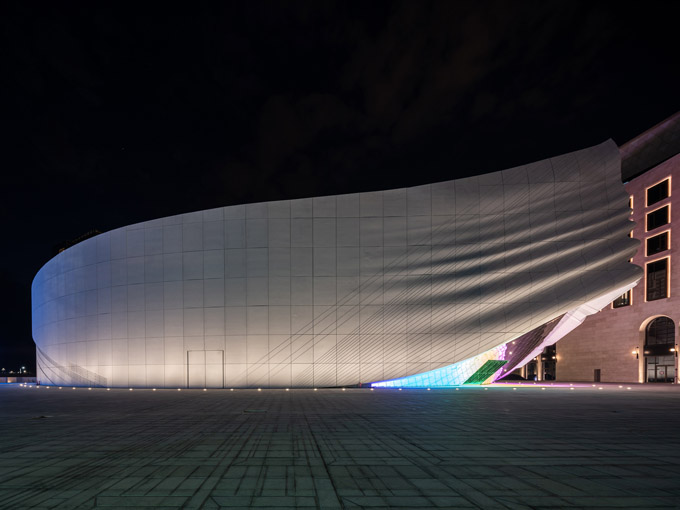 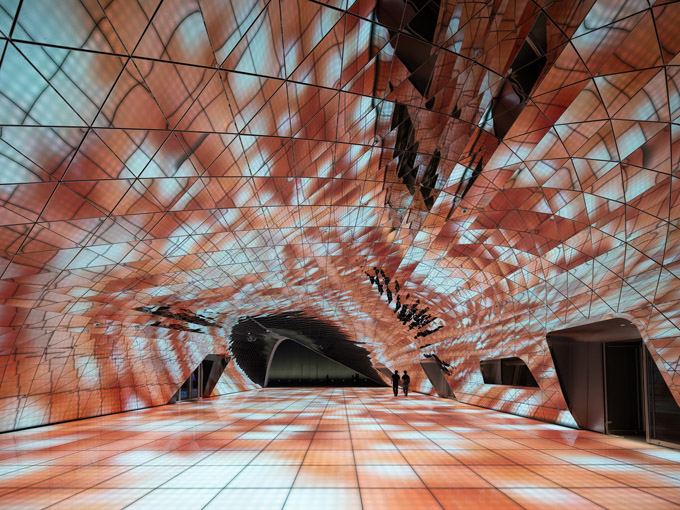 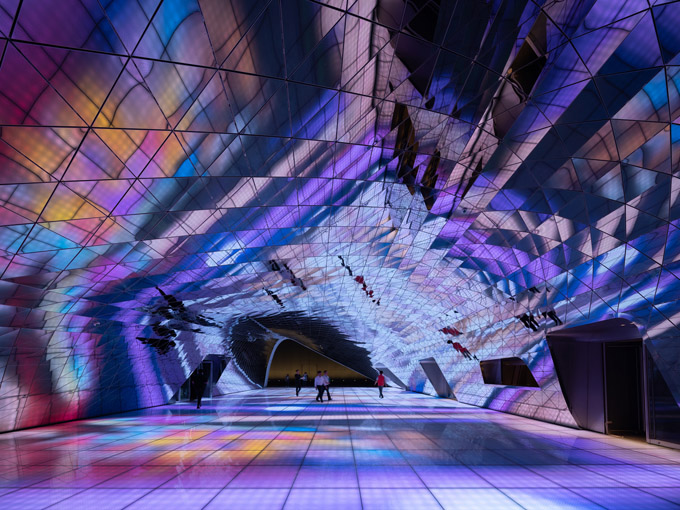 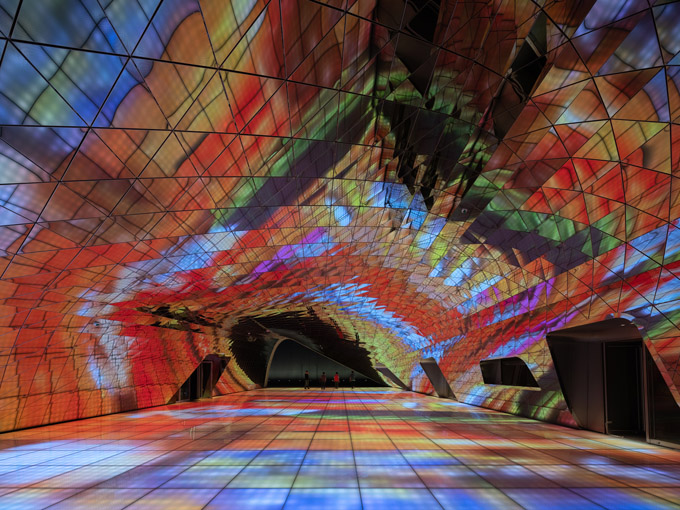 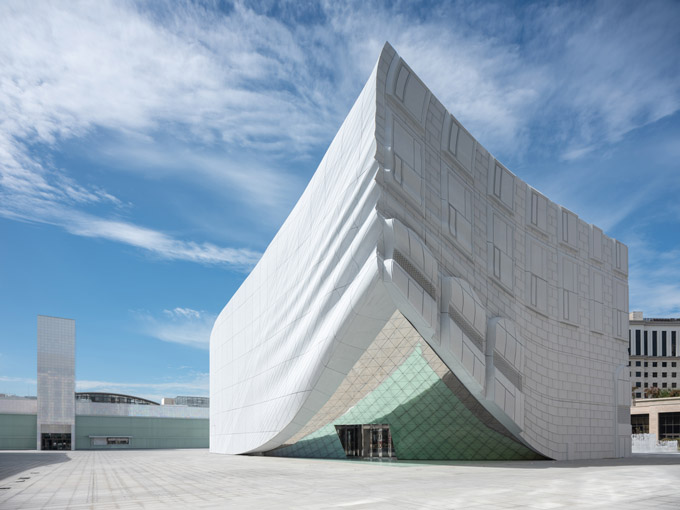 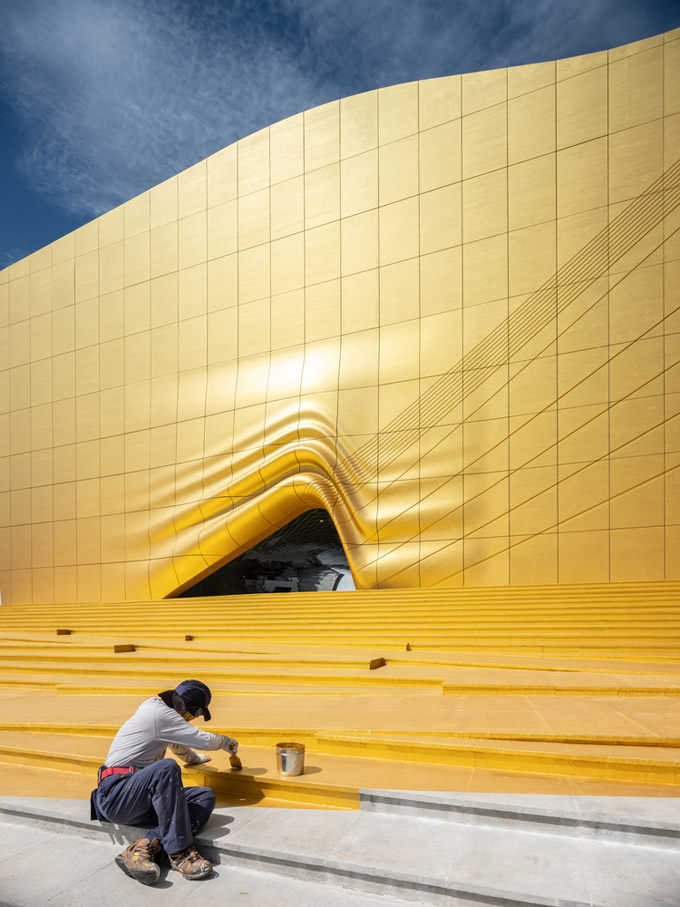 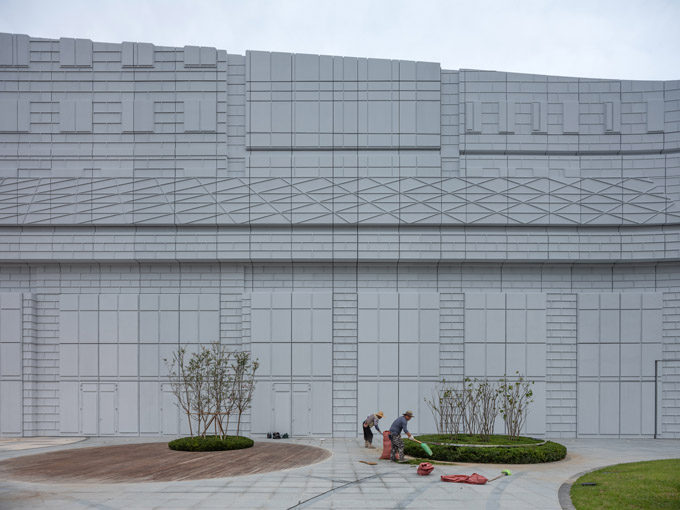 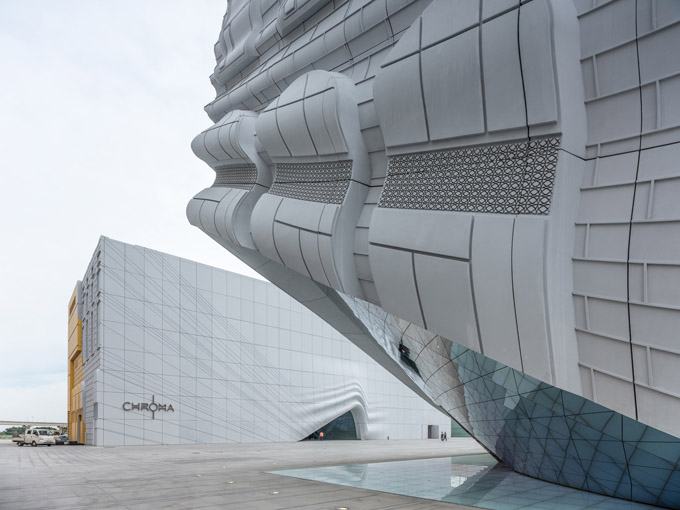 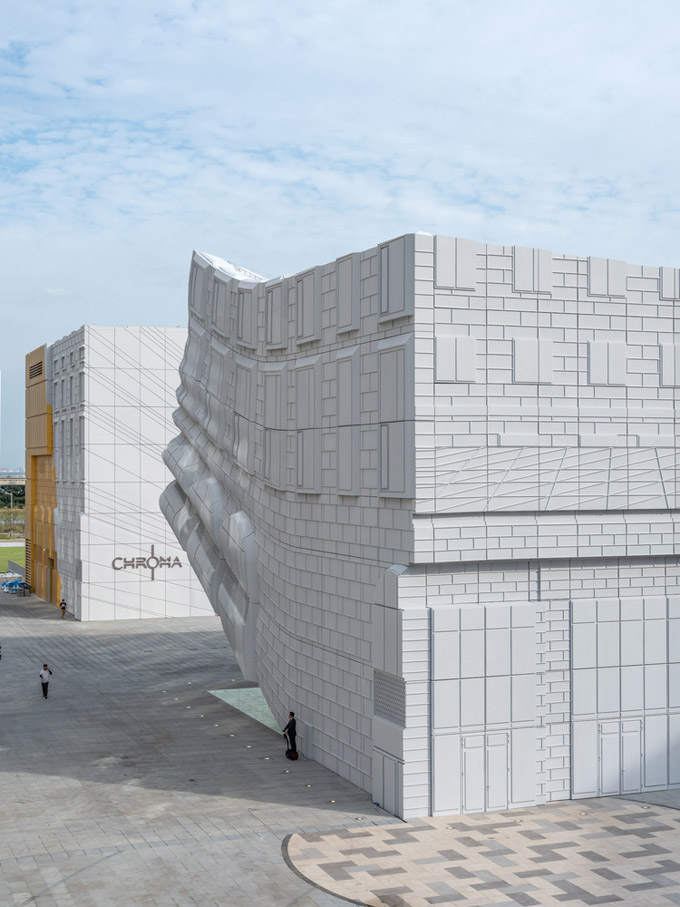 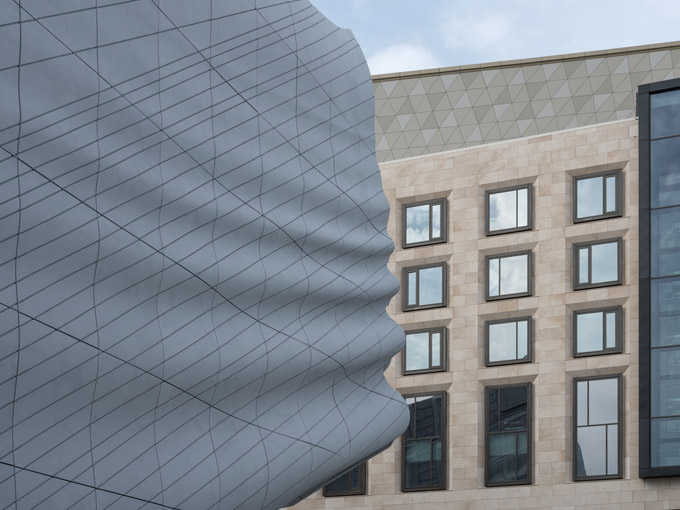 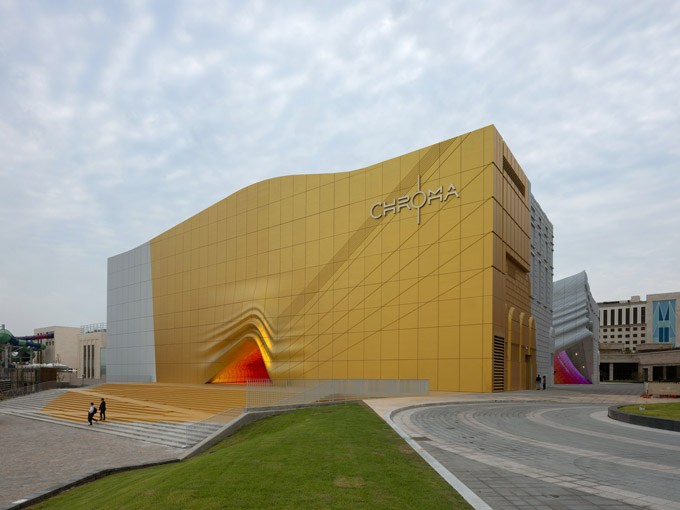 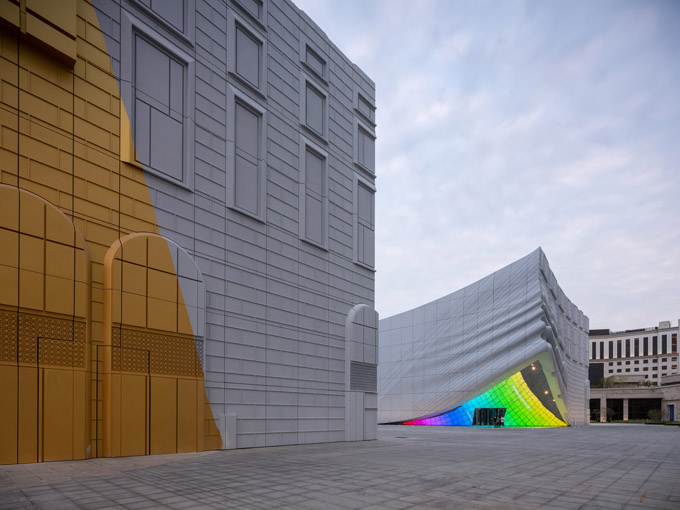 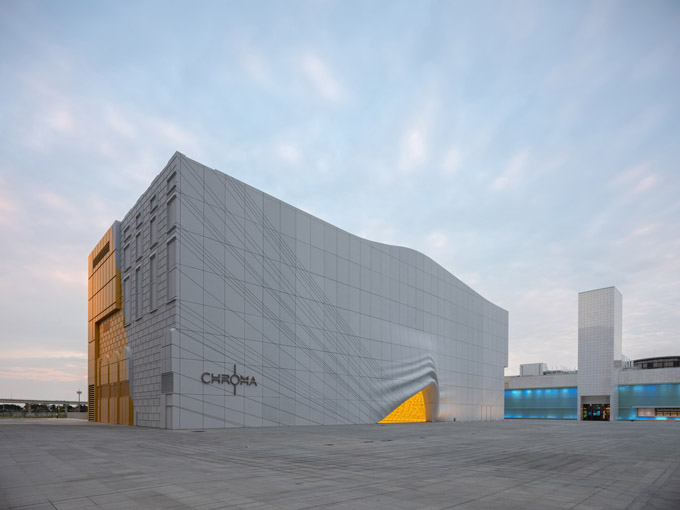 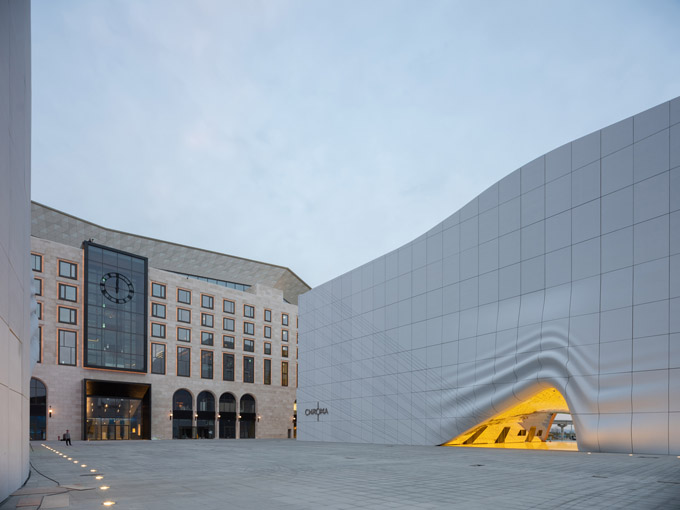 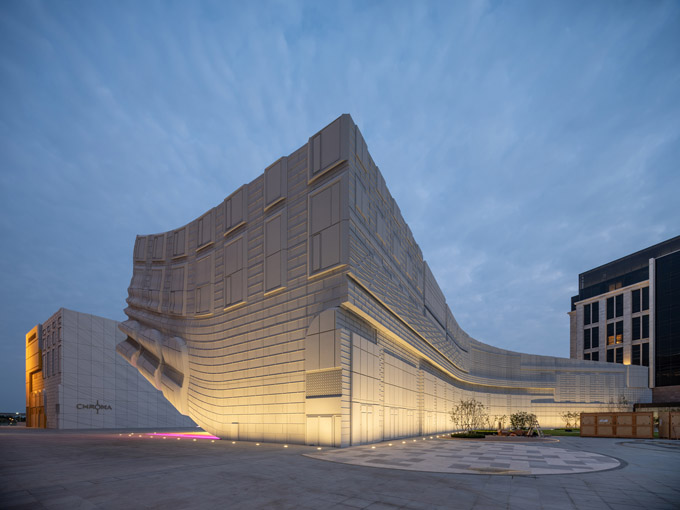 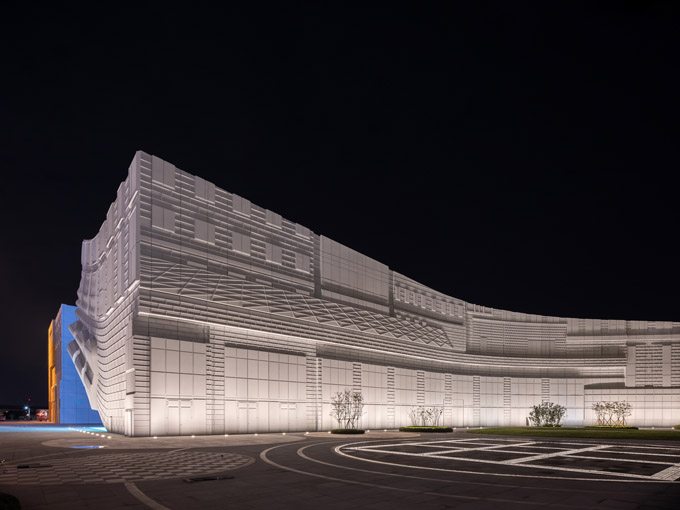 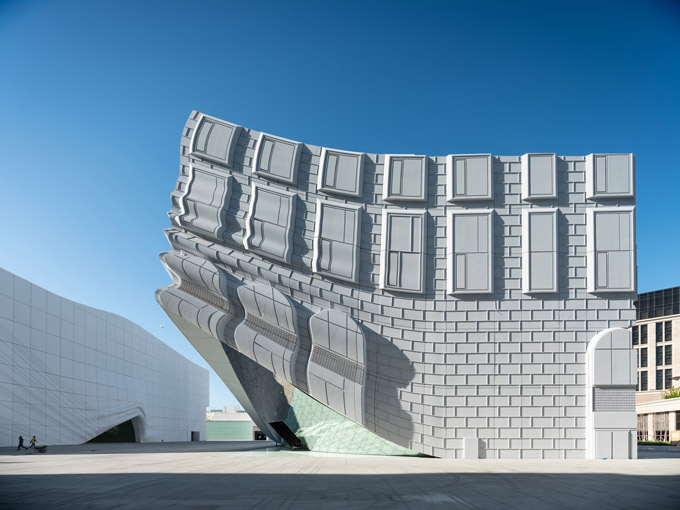 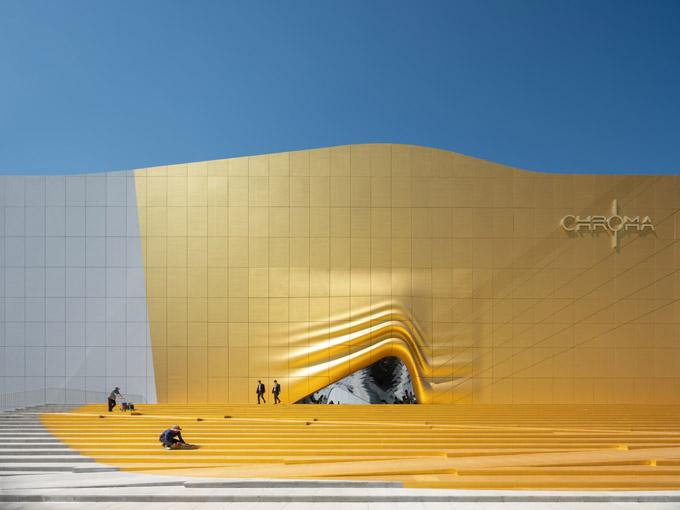 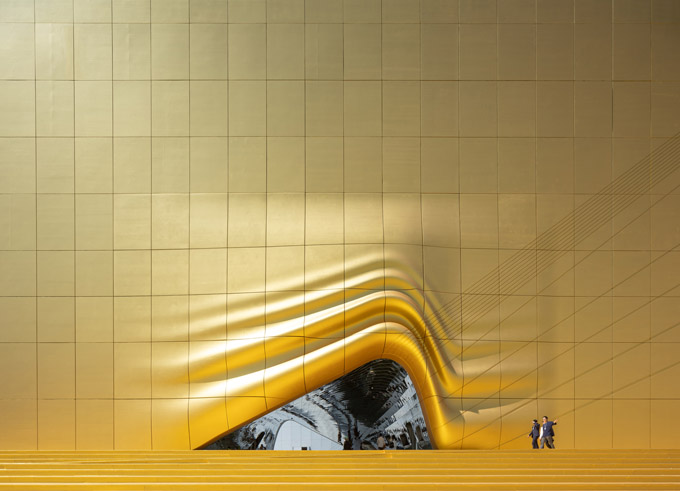 From the architects: MVRDV’s The Imprint is part of the larger Paradise City complex of 6 buildings in total, which will provide a full suite of entertainment and hotel attractions less than a kilometre away from South Korea’s largest airport.

Given the proposed programme of the 2 buildings – a nightclub and indoor theme park – the client required a design with no windows, yet one that still integrated with the other buildings in the complex. The design of The Imprint therefore arises from a simple question: can we design an expressive façade that connects with its surroundings even though it has no windows?

The design achieves this by projecting the façades of the surrounding buildings in the complex, which are ‘draped’ over the simple building forms and plazas like a shadow, and ‘imprinted’ as a relief pattern onto the façades.

“By placing, as it were, surrounding buildings into the facades of our buildings and in the central plaza, we connect The Imprint with the neighbours,” says Winy Maas, principal and co-founder of MVRDV. “This ensures coherence. Paradise City is not a collection of individual objects such as Las Vegas, but a real city.”

In order to achieve the desired ‘imprint’ of the surrounding buildings, the façade of The Imprint is constructed of glass-fibre reinforced concrete panels. As many of the 3,869 panels are unique, the construction required moulds to be individually produced using MVRDV’s 3D modelling files from the design phase. Once installed, these panels were painted white in order to emphasise the relief in the design.

As Winy Maas explains: “Two months ago most of the cladding was done and client said, ‘this is an art piece. What is interesting about that is that they are looking for that momentum—that entertainment can become art or that the building can become artistic in that way. What, then, is the difference between architecture an art? The project plays with that and I think that abstraction is part of it, but it has to surprise, seduce and it has to calm down.”

The golden spot is the project’s most obvious and attention-grabbing expressive element, even catching the eyes of passengers coming in to land at Incheon Airport. The golden colour is achieved simply, by using gold paint instead of white, and is reinforced by the lighting of the facades at night: while the majority of the façade is lit from below, the gold spot is highlighted from above.“Even in the night, visitors from abroad, landing in Incheon, are welcomed by this ray of light”, says Maas.

The entrances, where the façades are lifted like a curtain to reveal mirrored ceilings and glass media floors, exude a sense of the excitement happening inside. “Reflection and theatricality are therefore combined,” concludes Maas. “With our design, after the nightly escapades, a zen-like silence follows during the day, providing an almost literally reflective situation for the after parties. Giorgio de Chirico would have liked to paint it, I think.” 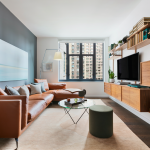 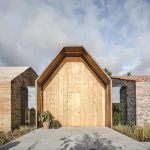