A  new speakeasy-themed whisky bar called Foxglove has recently opened its doors on Duddell Street, at the heart of Hong Kong’s Central district.

The design of Foxglove, by Hong Kong architect Nelson Chow Chi-wai, is based around the globe-trotting adventures of a wealthy character called Frank Minza , who “may or may not be” fictional, the owners say. Before patrons even get to see the glamorous, first-class plane, train and cruise ship-styled vintage interior of Duddell Street’s newest establishment, they need first to walk through an umbrella shop, and locate the button on the right brolly to gain access to the bar’s concealed entrance.

The idea of “hidden” – a design the partners first trialled at Mrs Pound, a speakeasy secreted behind the façade of an old Chinese stamp shop – works well in Hong Kong, says Jonathan Bui, because it’s so different from the typical in-your-face shopfronts.

“It’s kind of sequential,” adds Chow, principal and founder of NC Design & Architecture. “We don’t present everything at once; you have to discover it one at a time.”
“The speakeasy idea creates a bit of thrill,” he said. “People are bored with going to the same bars and restaurants all the time – they want the feeling of discovering something new, somewhere interesting that’s not on the street, and not easily accessible. They want to be able to find somewhere, not have it thrown at them on a plate.”

“The clientele we are trying to capture appreciates design,” Bui said. “They would know what kind of furniture they are sitting on, the quality of the finishes, and what it took to create – for example – the curvature of the ceiling. They want to sit comfortably and enjoy the food and drinks.”

“People want a good ambience – the place can’t look worn out and ugly during the day, and you dim down the lights and it’s ok.” The interior design “sets the mood and the price range of your products as well,” she added. 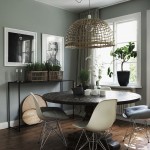 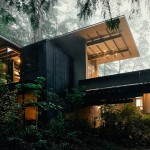