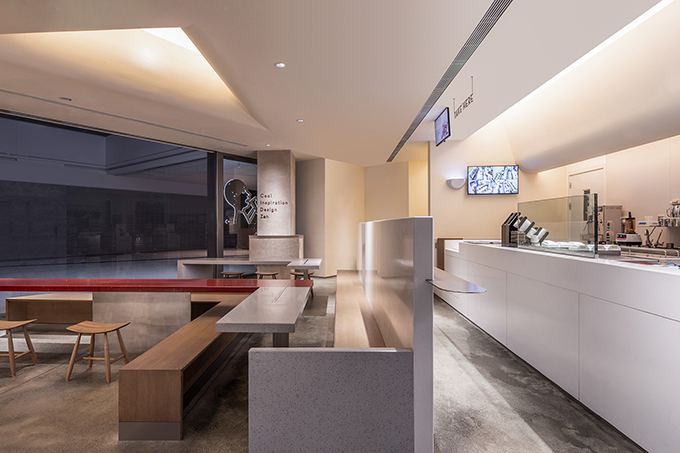 Shenzhen Super Normal Design designed this new Heytea store in Chongqing City, China. The designers spent plenty of time visiting and investigating the local culture, history and customs, and then incorporated their thoughts gained in this process into the design. Discover more after the jump.

From the architects: As a brand leading contemporary tea drinking trend in China, Heytea has been improving itself through continuous transformation and upgrade.

Shenzhen Super Normal Design was entrusted by the brand to create a new Heytea store in Chongqing City. As working on this project, the designers broke with the convention of store design, which is usually too dependent on commercial logic. In contrast, they spent plenty of time visiting and investigating the local culture, history and customs, and then incorporated their thoughts gained in this process into the design. By adopting such a design approach, Super Normal intends to work with Heytea to create a series of stores under a “Normal City” Program.

With the implementation of the Program, Super Normal has created diverse Heytea stores throughout many Chinese cities, the design of which all responds to local context. Each time after the designers looked into the urban fabric and locals’ life in those cities, they could figure out interesting and locality-responsive design languages to interpret every store. This Heytea store set in Chongqing is a good example.

Situated on the upper reaches of Yangtze River, Chongqing is a megacity in southwest China, which is built on mountains and partially surrounded by two rivers. The city has a hilly, varied topography featuring great elevation difference, which endows the city with a three-dimensional built landscape as well as a tolerant and adaptive temperament. After being commissioned the project, Super Normal team went to Chongqing to investigate the local context by visiting and experiencing various Internet-popular places and things in the city, such as light rail, cableway, stilted building, tea house, hotpot. etc, and thereby identified the city’s intrinsic peaceful character.

The city is awash with the smell of hotpot, which gave Super Normal a hint of design. Chongqing hotpot is prepared with a simmering pot of soup at the dining table. Traditionally, the pot is put on the center of the table and divided into nine grids, so that people can place ingredients in their respective grids whiling sharing the soup. Such a unique way of dining fully reflects the city’s strong spirit of sharing and earthly living atmosphere.

The designers skillfully applied the sharing idea of Chongqing hotpot to the spatial pattern, which was arranged in a flexible way on the triangular plane. Whiling endowing the central area of the space with functionality, the design team also incorporated features of the city into it. This area presents criss-crossed visual effects, and provides diversified seats and ways of interaction.

The interpenetration of interior blocks blurs the original relationship between tables and seats, to fit into the contemporary way of socializing which is characterized by equality and sharing, and to pay tribute to the pure local tea house culture. Stone materials and wood give the overall space a natural tone, while the striking red hue helps to guide the sight line. In this new commercial space, the memories of past life and the imagination of future are well blended.

The varied and complicated topography has given rise to many skinny towering buildings and numerous slopes in Chongqing, making it a “Cyberpunk City”. The designers brought such a unique built landscape into the interior in a playful way, by inserting light into the ceiling, which seems to open the channel between reality and imagination.

Nearly 120 years’ industrial development has shaped a spirit of creation in Chongqing, and has promoted the transformation of local manufacturing industry. The photographing wall is covered by a kind of fabric that changes colors with heat, which allows the guests to leave their marks on it in an interactive way. 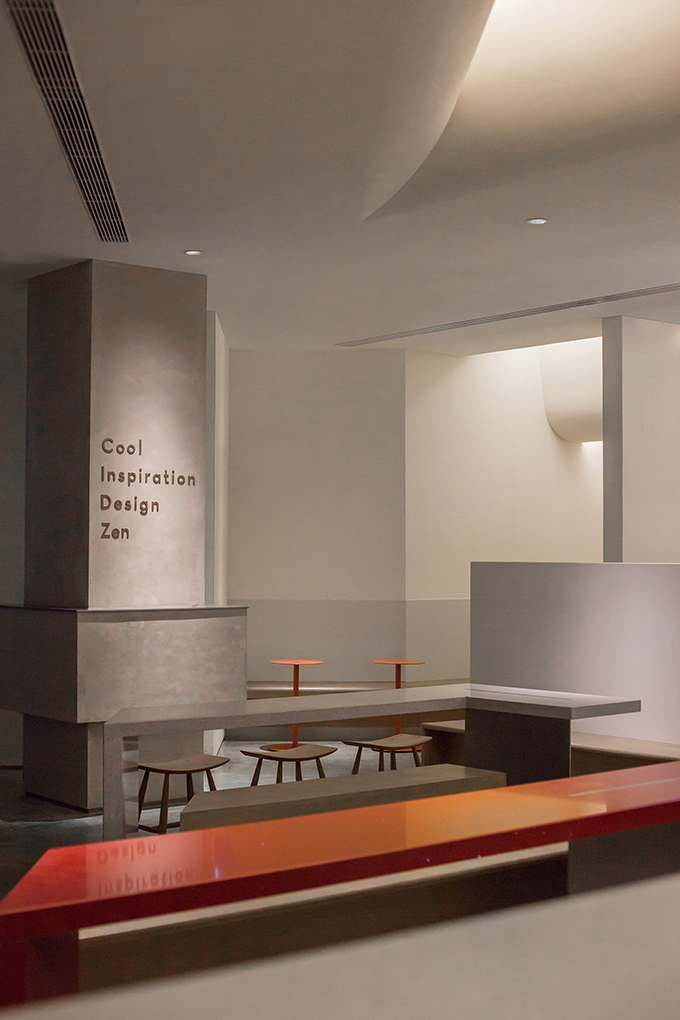 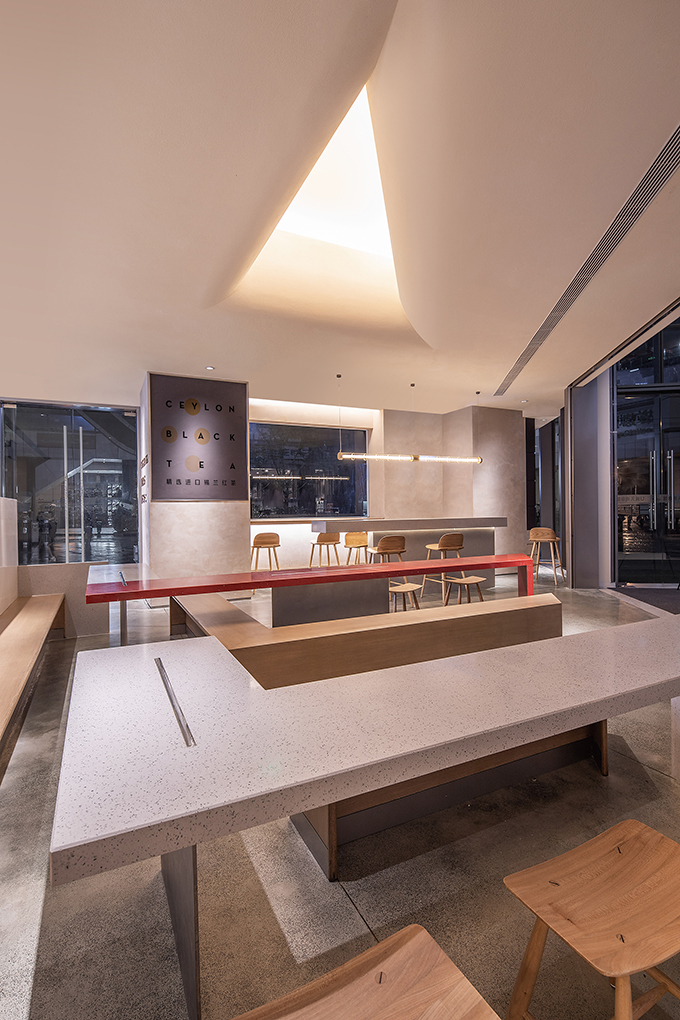 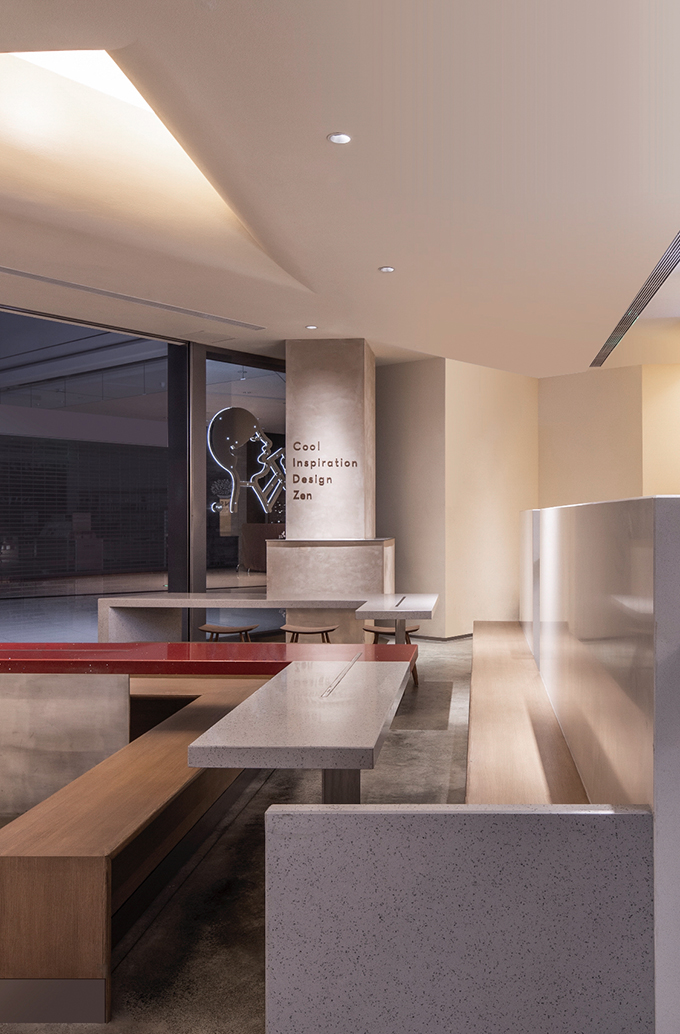 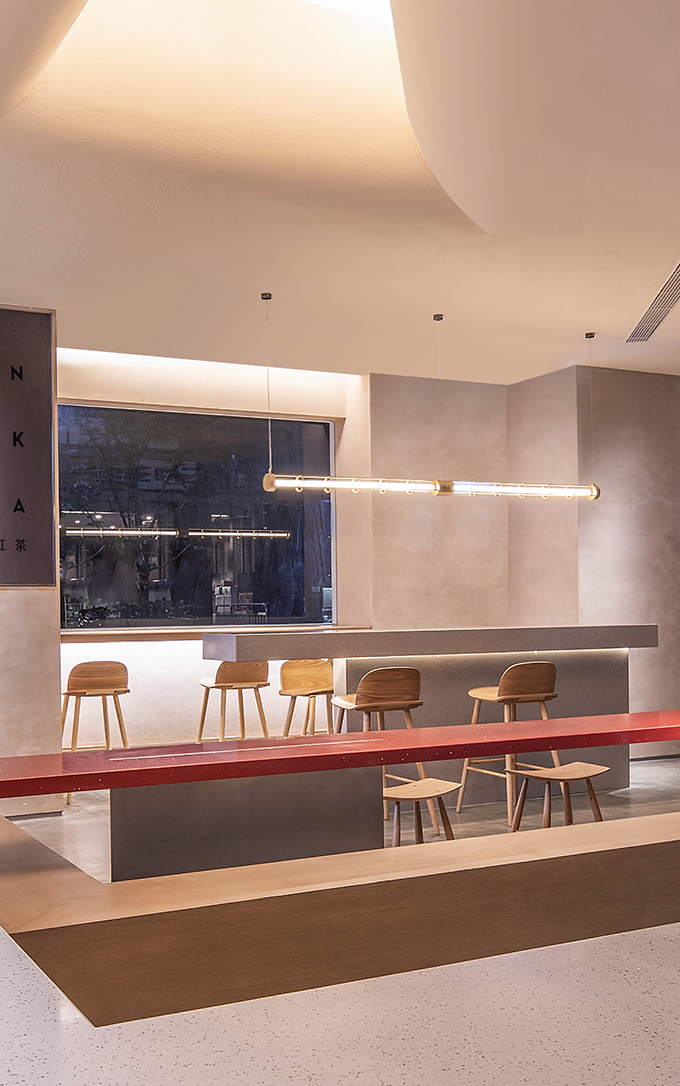 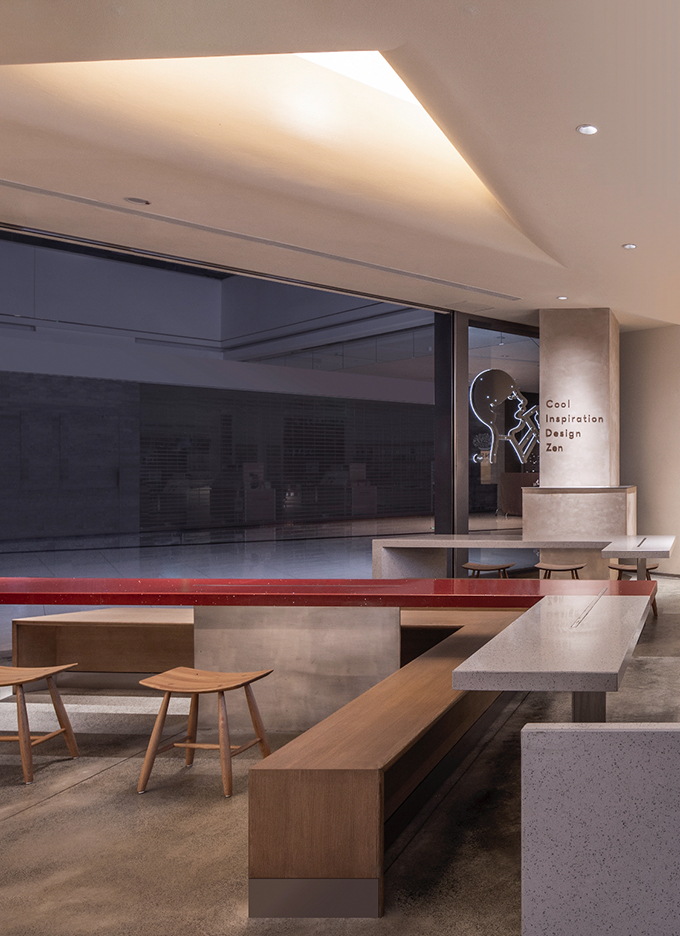 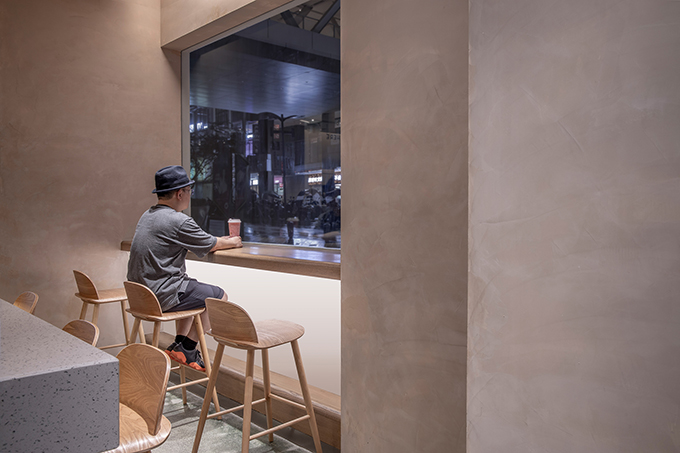 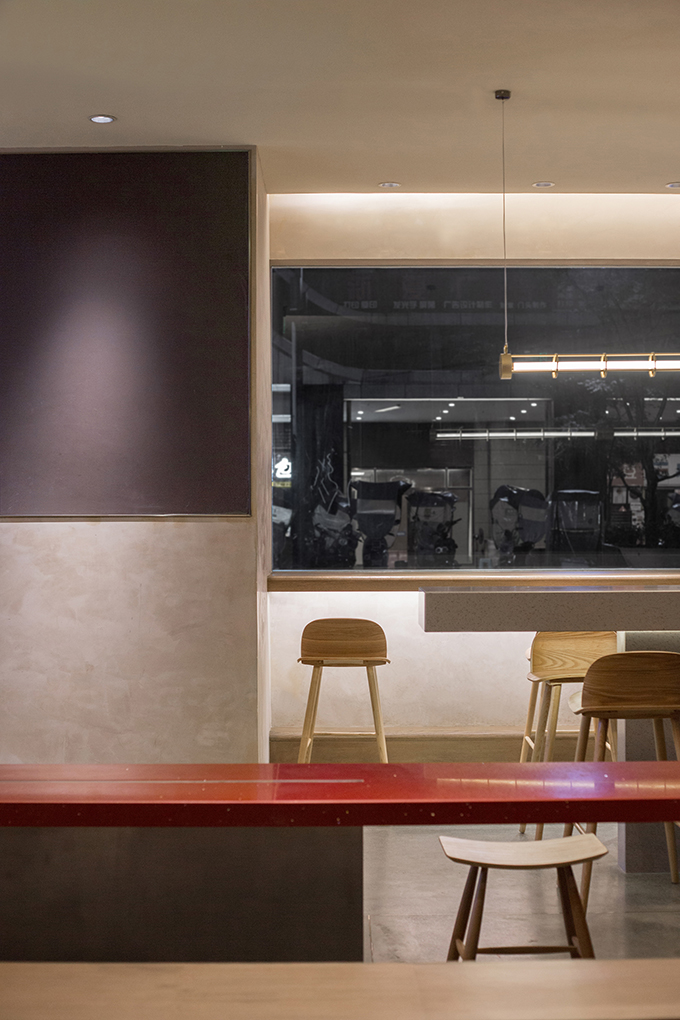 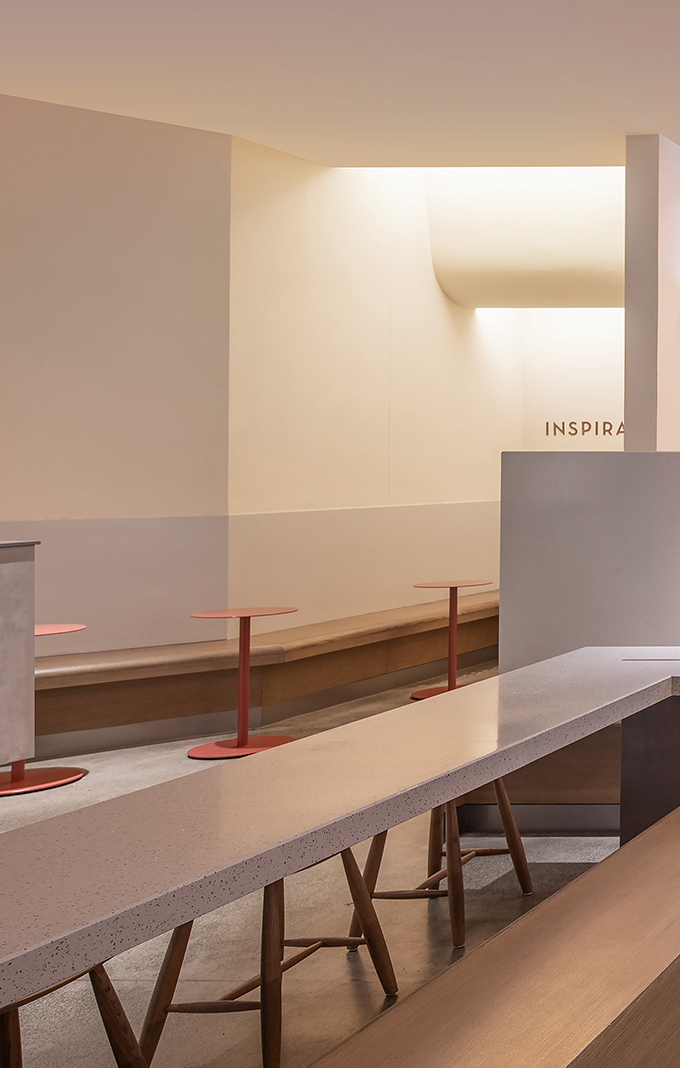 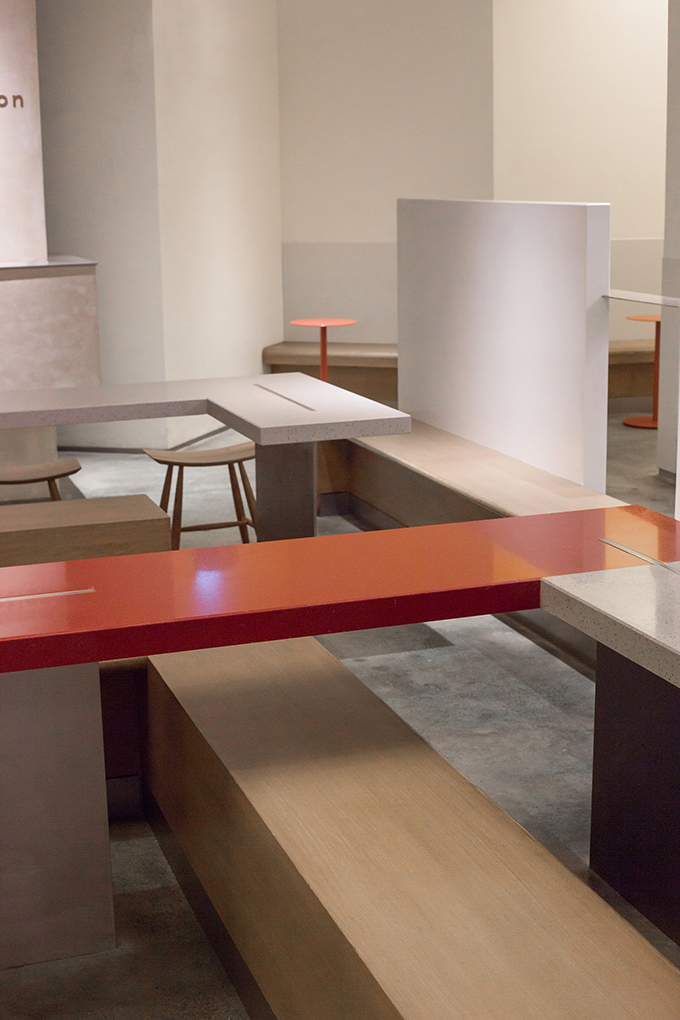 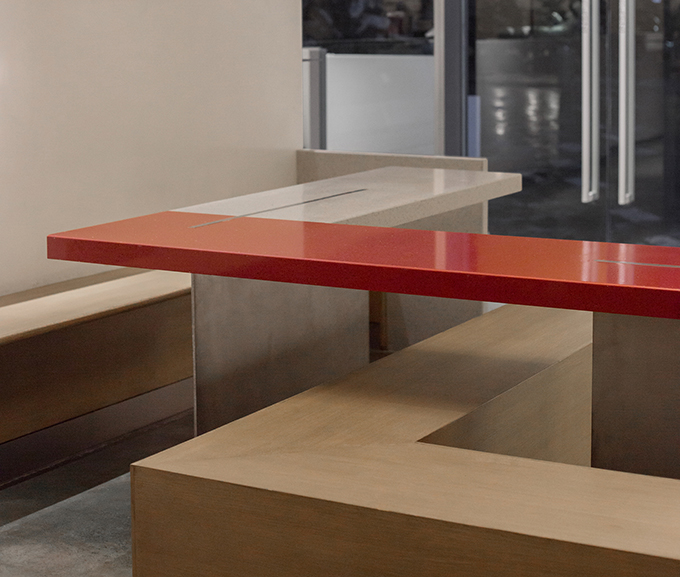 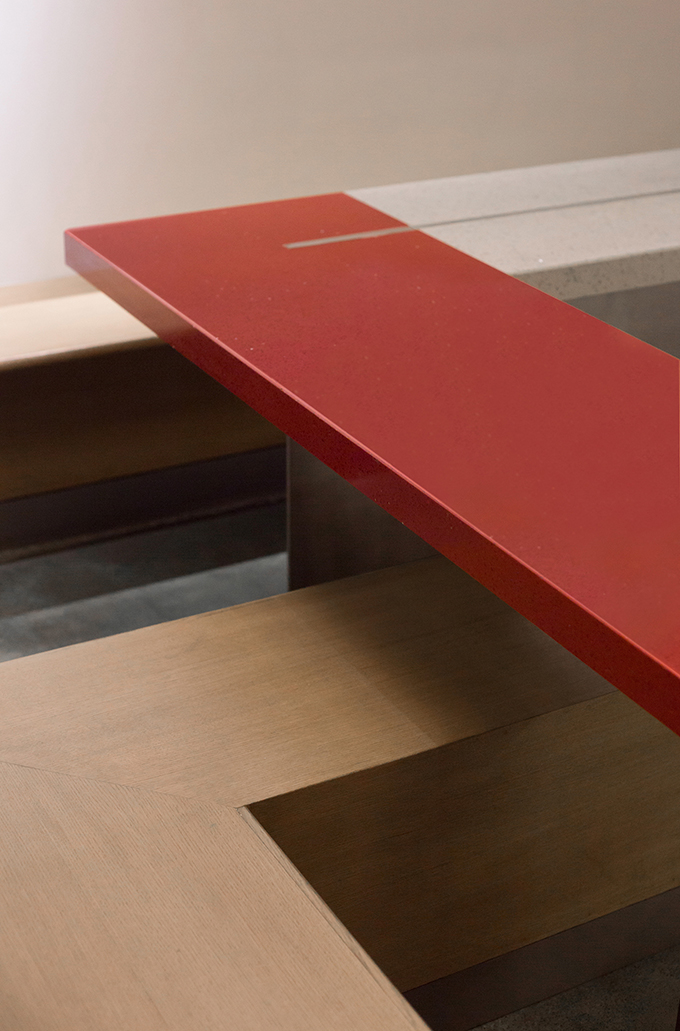 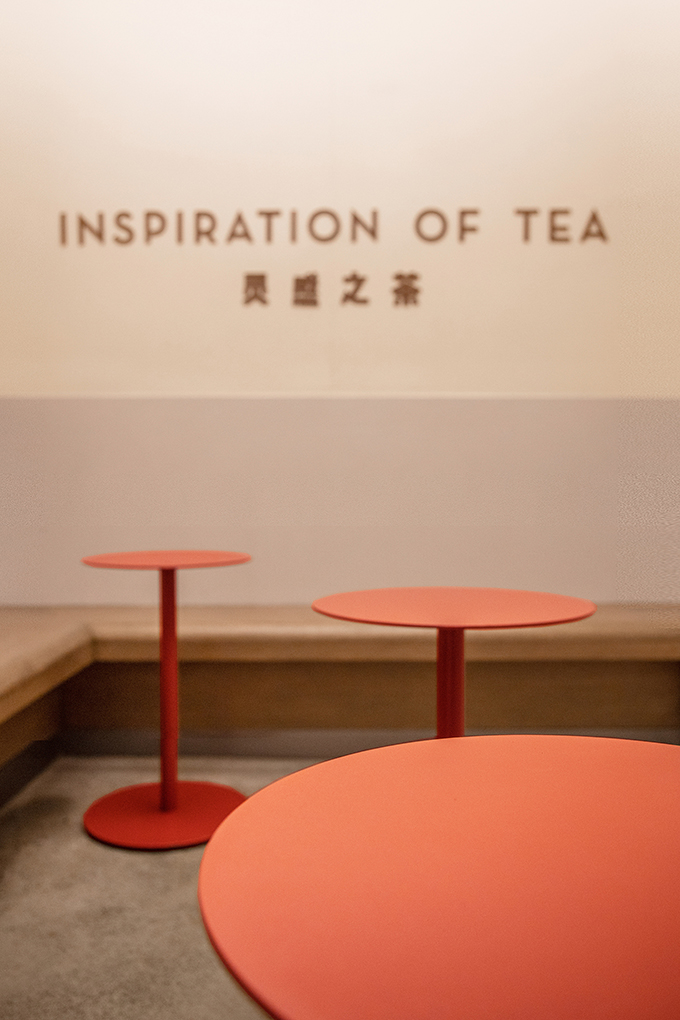 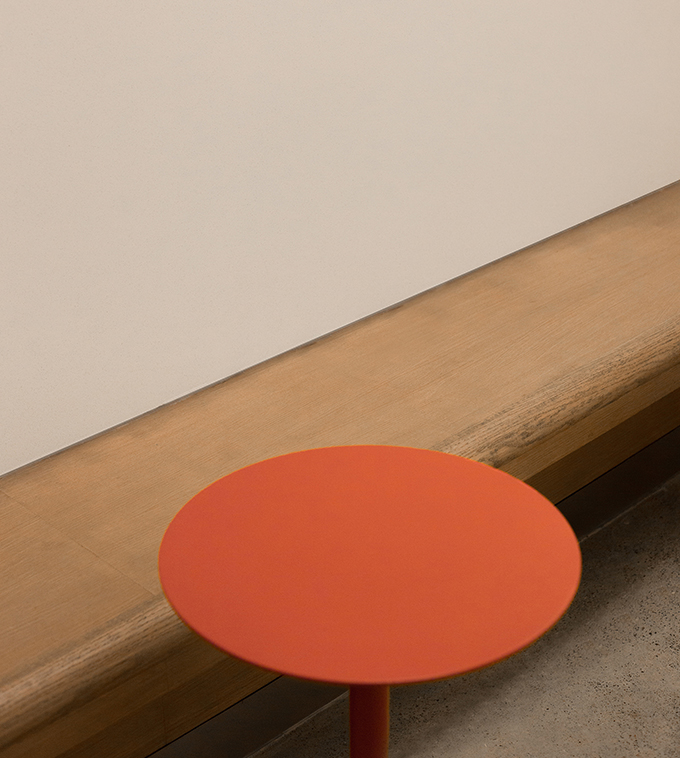 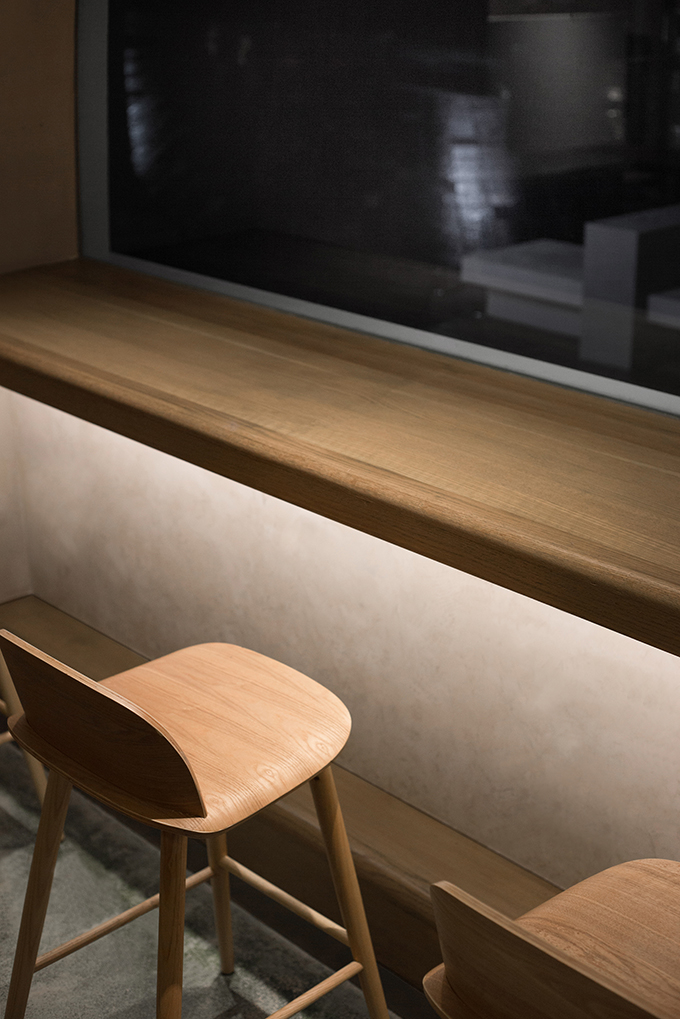 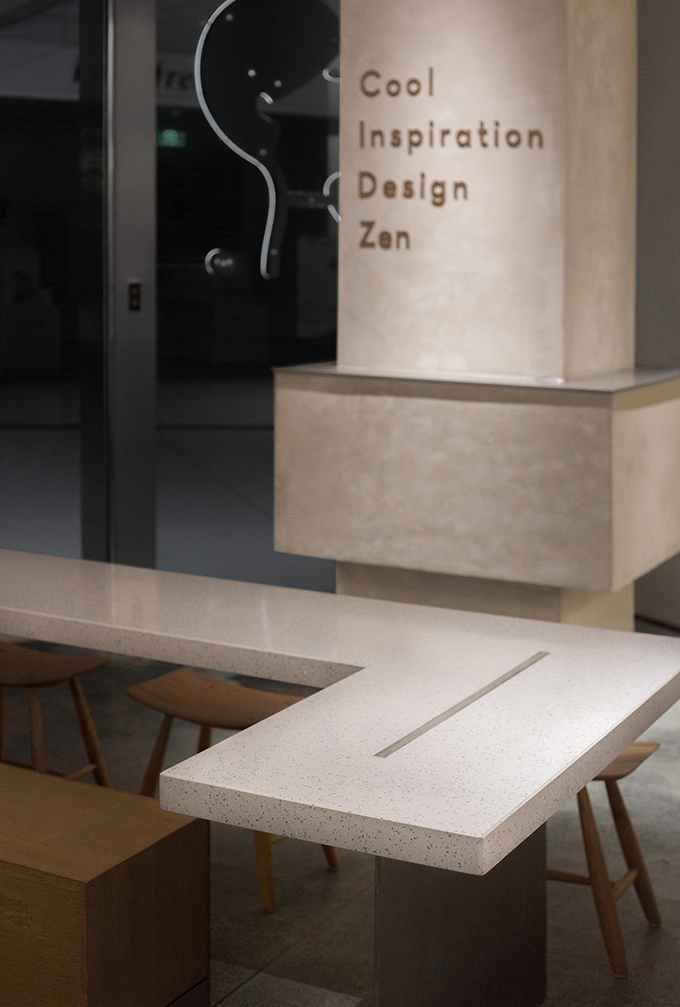 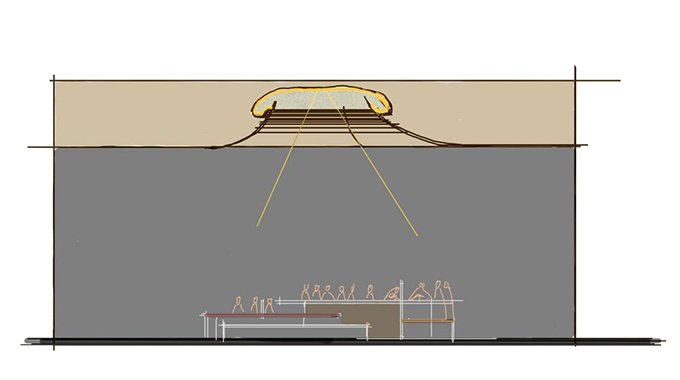 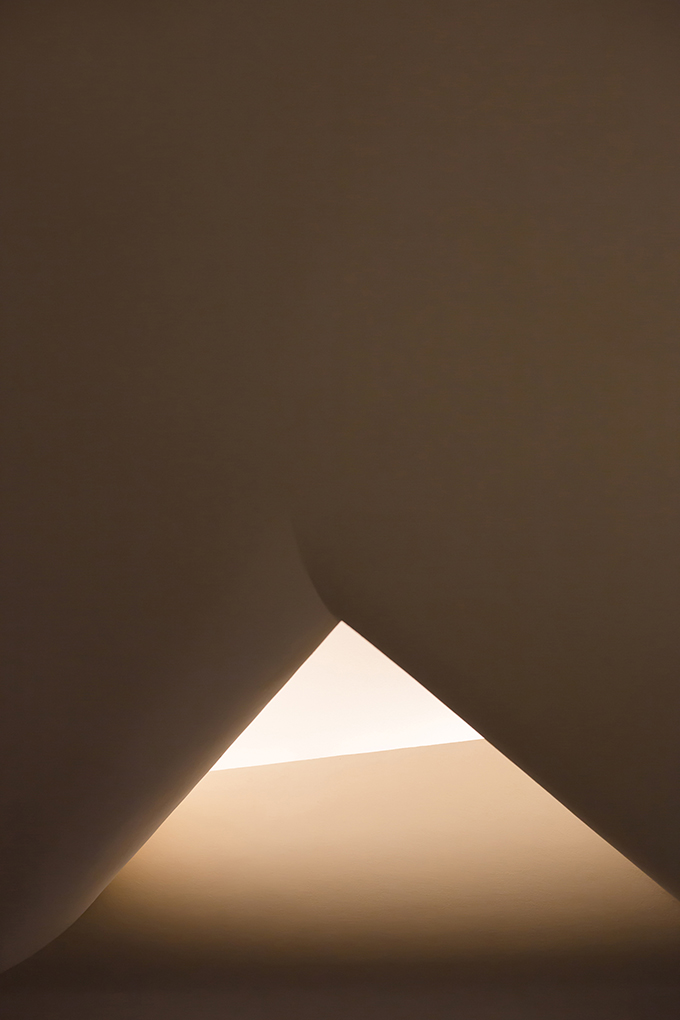 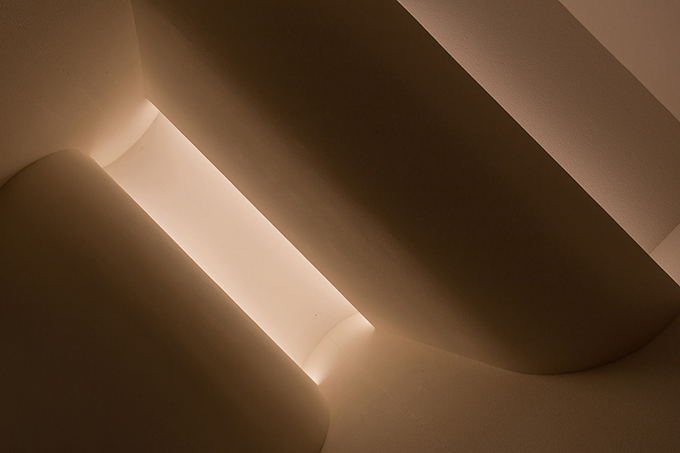 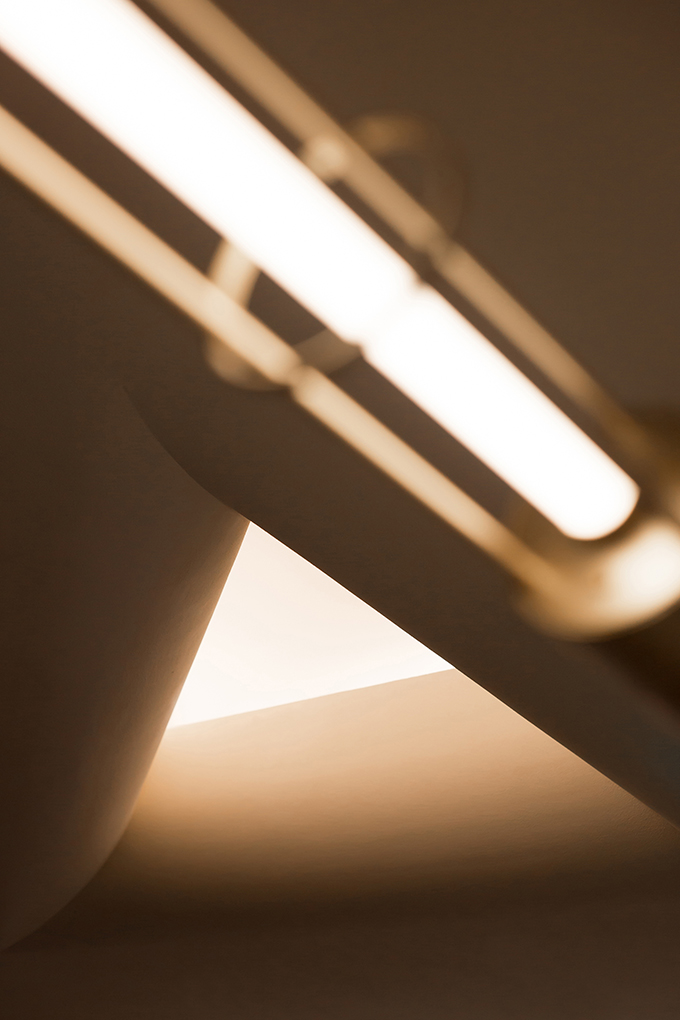 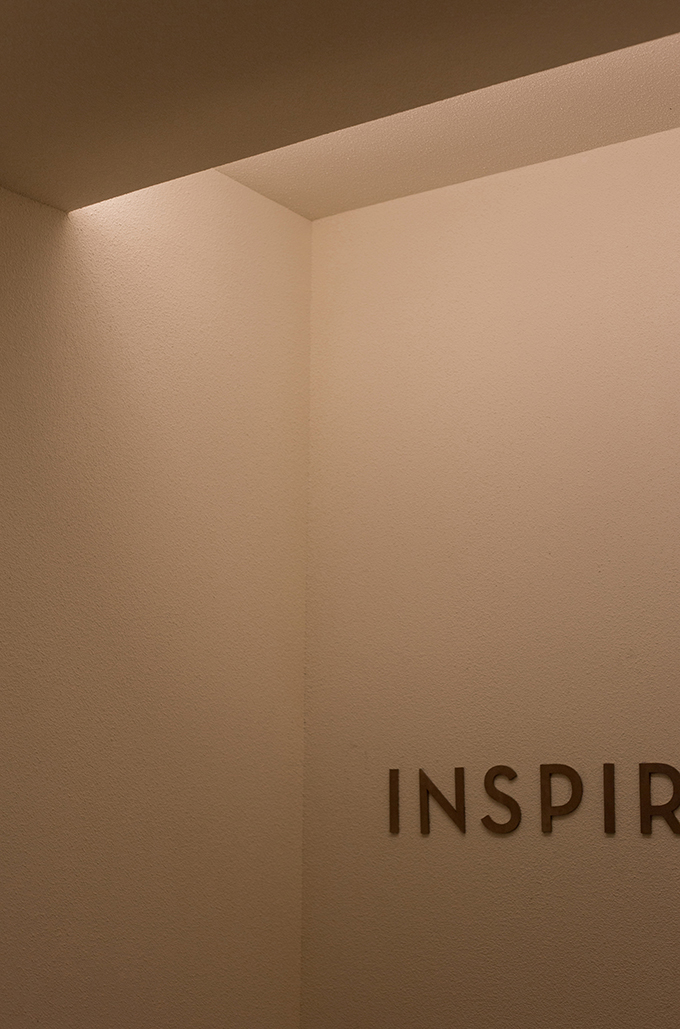 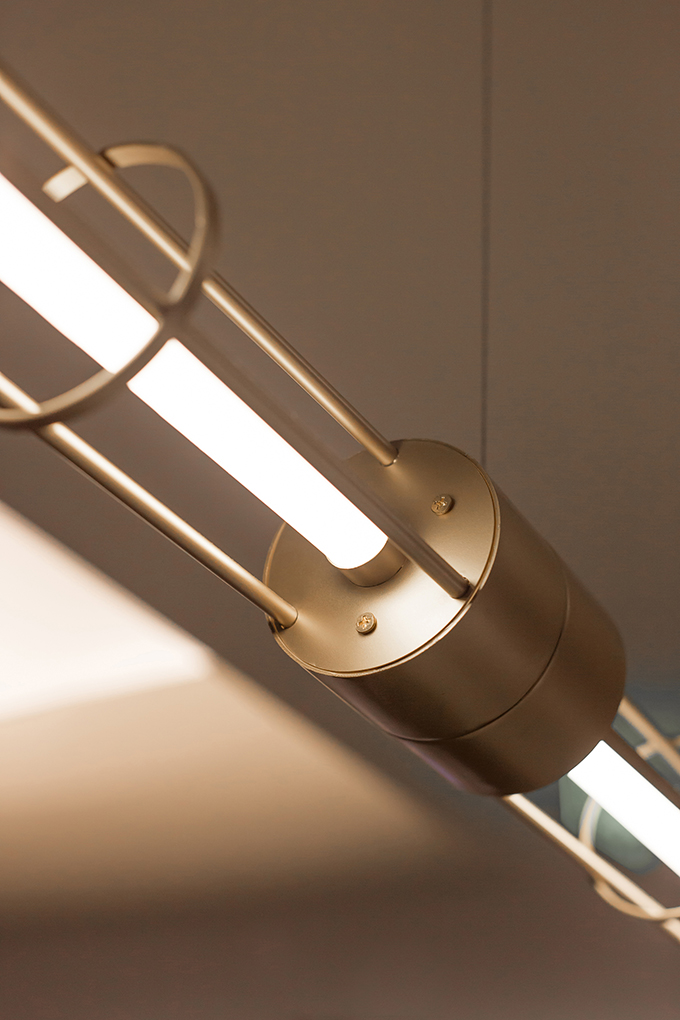 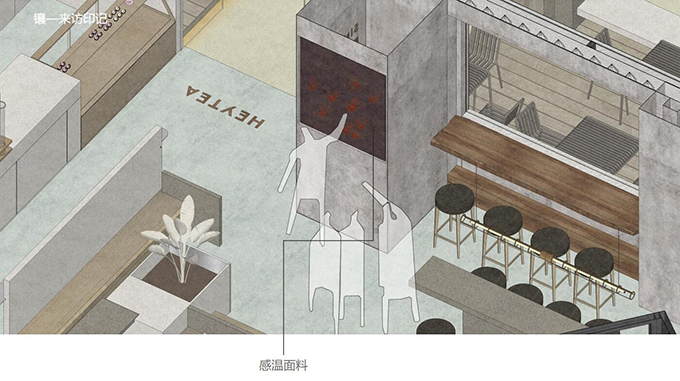 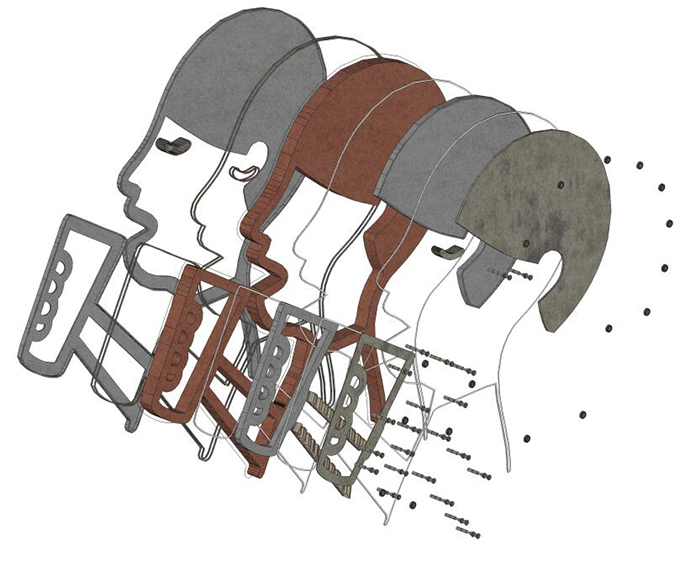 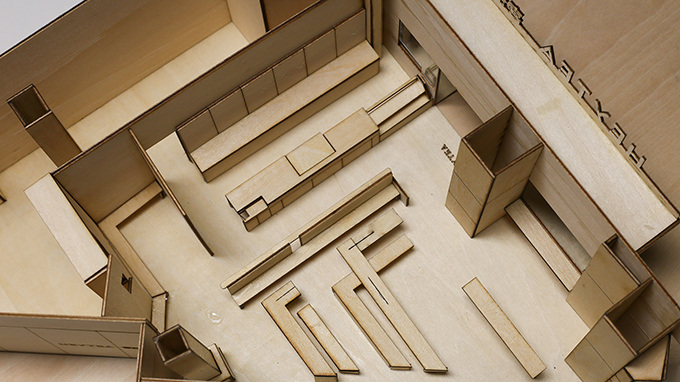 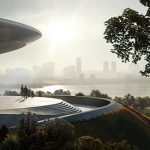