Disguincio&Co architects share with us their proposal for the Medolla's Ecdysis.

The aim of the project is to upgrade the public area in Medolla, that is a municipality with about 6000 inhabitants about 45 km from Bologna and 25 from Modena. The purposes of the project are the definition of separate areas, the traffic regulation and the definition of areas and spaces that will be used by the citizens as meeting point or for the settlement of new business. A project strategy for the redevelopment.

The need of the traffic reduction in Roma street is the first step on the project proposal.

The Medolla center has to find new hierarchy of use with an orientation to pedestrian areas in order to increase the people socialization by creating nice and stimulating spaces.

The intervention on the urban landscape has the purpose to connect the two squares (Garibaldi and del Popolo) trough a pattern that develops ways and association spaces and that increases the green areas that will be an environmental filter in comparison to Roma street.

The purpose is to find again the pleasure to meet in a city center (square) that is man sized and where the traffic is reduced to the minimum.

The proposal of the new Garibaldi square layout is mainly about the pedestrian function of the square itself that is obtained through the traffic regulation and the placing of the parking lot in the adjacent areas.

This new space hierarchy allows to draw again the area in front of the main buildings (theater, town hall and former elementary school), reserving it to the direct use from the people without the interferences caused by moving or parked cars.

Making the Medolla center a pedestrian area will be a catalyst for a new “sociality” based on the meeting of people and conversation and a new “slow” (with a positive meaning) use of the urban space.

One of the main characteristic of the project is the research and the creation of the “field opening”: the new space in front of the main building will be seen with a continuous glance without any obstacles. The new place will be able to satisfy different qualitative (many activities) and quantitative (several participants) needs with a great flexibility range.

The pavilion in Garibaldi square is a place for the meeting, the dialogue and the sharing; it has an external large covered space which is supported by a light steel structure, on which the architectural texture is stretched.

The idea is to have a covered space that can house events, exhibitions, meetings and that subsequently can be transformed in areas for business or educational activities.

The project is characterized by the introduction of new and innovative technologies.

The building system, the used materials and technologies underline this characteristic in order to make the building an inspiration for the place culture.

The supporting structure is made of zinc-coated steel with dividing walls made of high performance glass that limit the heat dispersion.

The glass reflects the surroundings and it underlines the dematerializing effect of the main structure, giving a sense of lightness to the structure itself.

The will to regain the soil permeability, the will to use the rain water for the watering of the plants in order to improve the microclimatic aspect have suggested the choice of making a green roof for the 2/3 of the surface and 1/3 with a 9KWp photovoltaic system with11.800Kwh yearly production. This would allow the pavilion to be self sufficient and at the same time it will allow to give power supply to the urban lightning , considering also the possibility to build a charging point for municipal electric cars The urban landscape project develops a pattern that goes into the squares and it reorganizes them, finding in the round element the tool to make different functions: creating green areas of different dimensions and use, creating lighting points and seatings.

The use of little plants, like the little maple and plants of medium dimensions has the purpose to screen the Roma street traffic without impeding the sight on the two squares.

The increasing of the green areas, 154sqm in del Popolo square and 186 sqm in Garibaldi square has the purpose to guarantee a microclimatic well-being during the summertime, with the plant shade or the urban center covering.

The flowerbeds on the sidewalk along Roma street will have little evergreen  bushes  and flowers that will create a filter between the street and the pedestrian walk with different chromatic effects.

The car circulation makes important to create strategies in order to make the driver slow down.

For this reason three main devices have been introduced in the project:

1_ change of the flooring in the parking lot;

2_ the white stripes that indicate the crossing and make the pedestrian pay attention;

3_ the flowerbeds near Roma street have a few centimeters curb for not creating a visual separation between the pedestrian space and street space; this strategy has been demonstrated that make the driver slow down naturally.

Taking into consideration the context and the story of its transformations, the south side of Roma street is a fundamental element for everybody who lives or hang out at Medolla.

The business presence along the street has influenced the nearby built-up area, determining its shape.

The portico showed in the project has the purpose to create a business sidewalk through a shaded and semi- covered space, that take the people through a walk, with the possibility to use the same path for creating events.

From a technical point of view the portico are made of a steel structure where the light points and the rain water gathering are concentrated.

This structure has been chosen because of its characteristics: lightness, flexibility, homogeneous trans clarity, for the superficial anti-dirt treatment, UV and weather  resistance and also for its 100% recycling. With the demolishing of the former town hall, Medolla loses an important element of the building structures that face the square

The proposal for the re building of this area is composed in two steps:

– The first step sees the making of a green area with a lawn and deep foliage trees in order to evoke the space of the lacking building and representing the rebuilding in  an eco-friendly way;

– The second step is the construction of a compact building with the same area of the previous one.

The space is “digged” at the ground floor in the central area, it creates a sort  of internal courtyard that is at the same time a natural way for the lightning, for the ventilation and a sort of recall for the entire town.

The building because of its function of innovation “simplifier fly-wheel”, applies to become a recognizable landmark for a relaunch of the identity of a sustainable future of the young business and local start up.

The element that characterizes the architectural image of the project is the double “skin” of the building, a system composed by two elements: a façade made of glass and coating made of break-sun thin sheets  that regulate the indoor spaces, selecting and modulating the natural light and the sunlight stores.

The structure has earthquake proof technologies , the symbolic centrality that the building represents will be an opportunity for the environmental politics related to the energetic and building  redevelopment.

The new concept of the structure will be independent from an energetic point of view through renewable energy( solar paneling, sun thermal and geothermal technologies)

The spaces will be used for supporting the young enterprises (internet points, study or meeting points), for social and voluntary associations (exhibition rooms or creative labs) or for arts and craftsmanship exhibitions in order to support the local economy.

At the ground floor with the entrance on the renew Garibaldi square it could be possible to transfer the urban center with exhibition rooms and administrative offices.

In these spaces that will be in front of the square there will be the possibility to have cafe and bars also with outside tables.

On the upper floors there will be the possibility to have offices for freelance professionals and associations with meeting rooms and complementary spaces.

On the basement directly connected to the square there will be the space for a multi-purpose room for exhibitions and events. 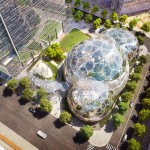 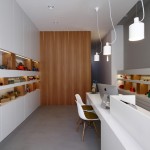