Take a tour of the 2020 Fall/Winter Prada Womenswear show designed by the label’s longtime collaborator famed architecture practice OMA and it’s research and design studio AMO. AMO transformed the grand hall of the Deposito, the multifunctional venue for performances that is part of the Fondazione Prada complex, into a set of imaginary piazzas that manifest the abstract energy of the public arena. Discover more after the jump.

The scene is simple yet dynamic: a series of portals organized symmetrically around the courts mark a threshold between inside and outside. Sinuous graphics trace, deflect, and engage objects and openings within the courtyard, covering the floor and continuing up the wall, creating a cohesive three-dimensional space. Along the walls, boldly geometric flowers appear between the graphics, echoing the façades of Viennese Secessionist buildings. At the center of each composition is a statue of Atlas abstracted into a series of sliding and interlocking planes. Beyond the black walls at the edge of each space glows a mysterious red ether, marking both the limit and the limitlessness of the set.

The relationship between the fashion on stage and the audience gathered above is simultaneously detached and voyeuristic. Models wander through the space, appearing and disappearing, following invisible trajectories that blur the boundary between the exposed and the concealed.

All images courtesy of ©PRADA 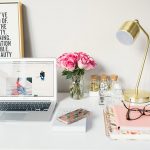 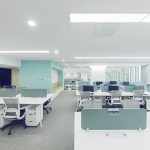