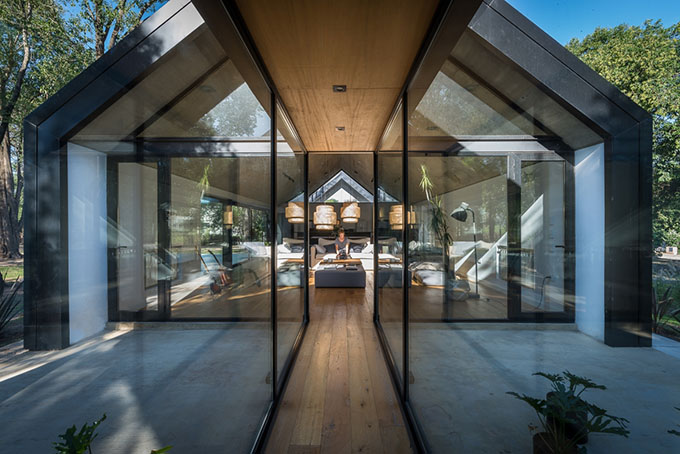 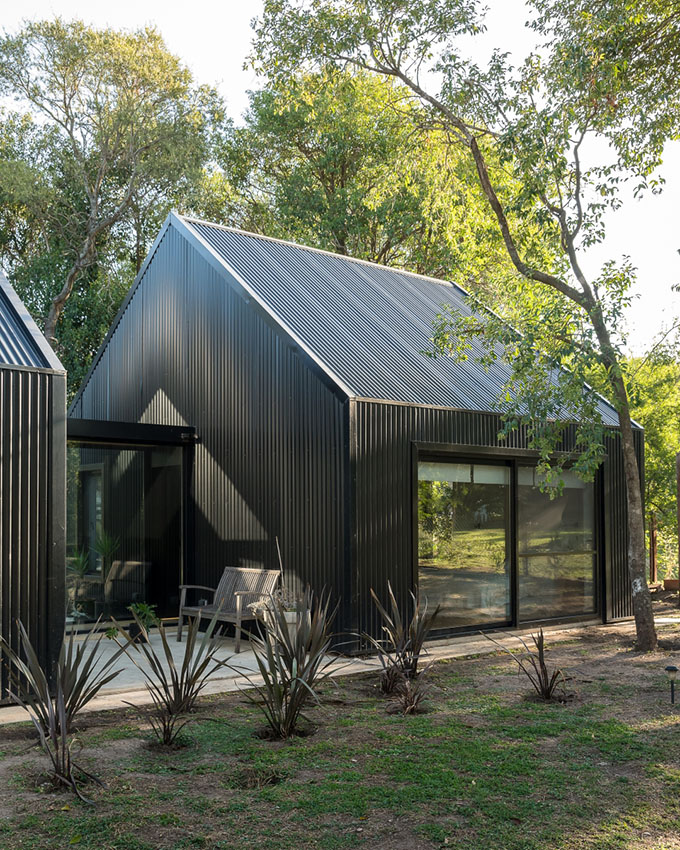 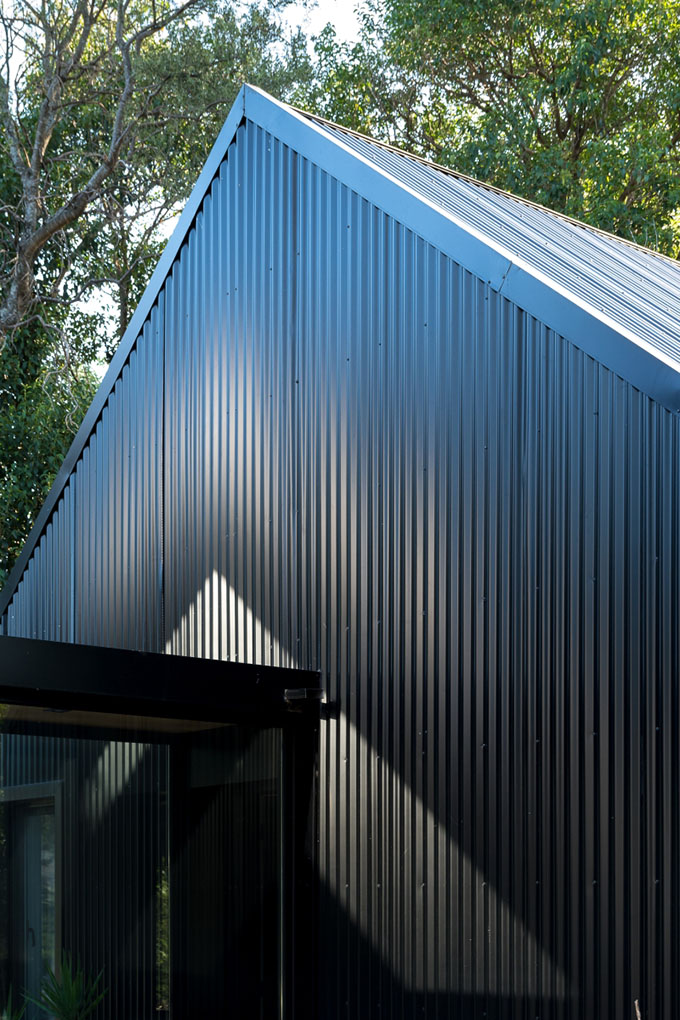 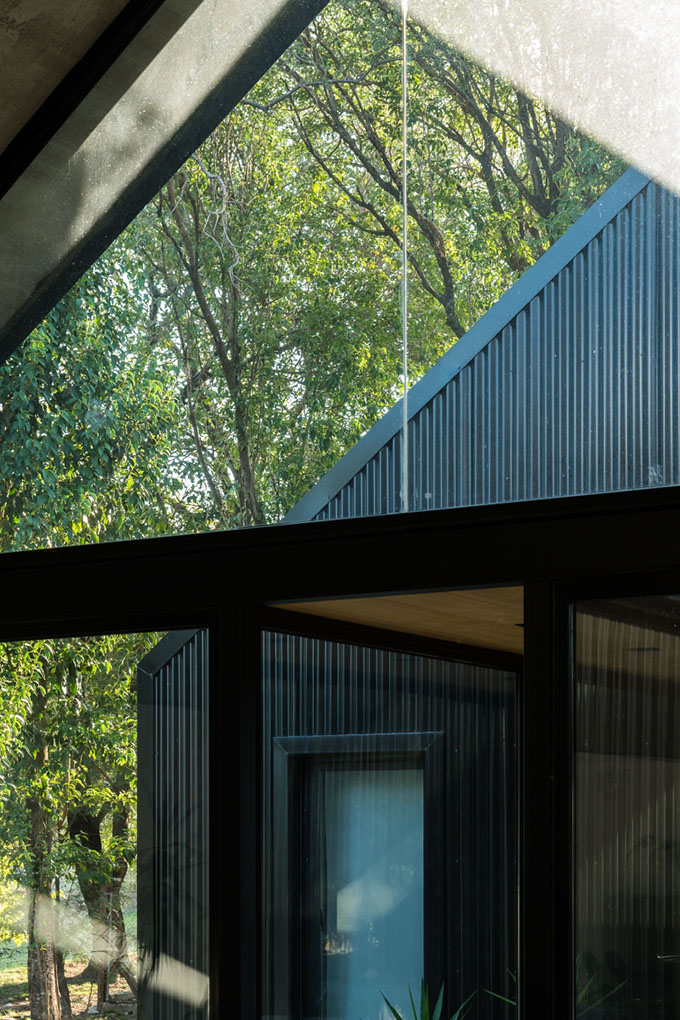 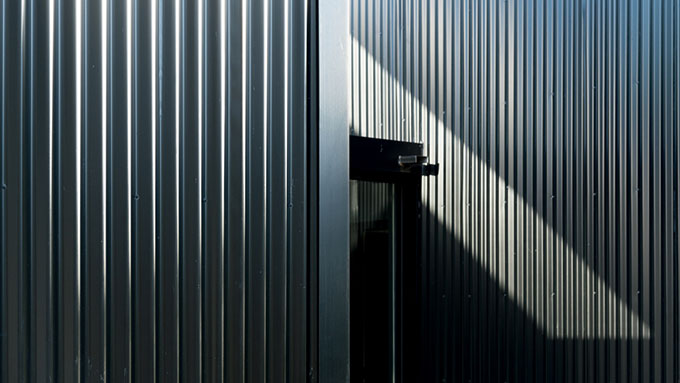 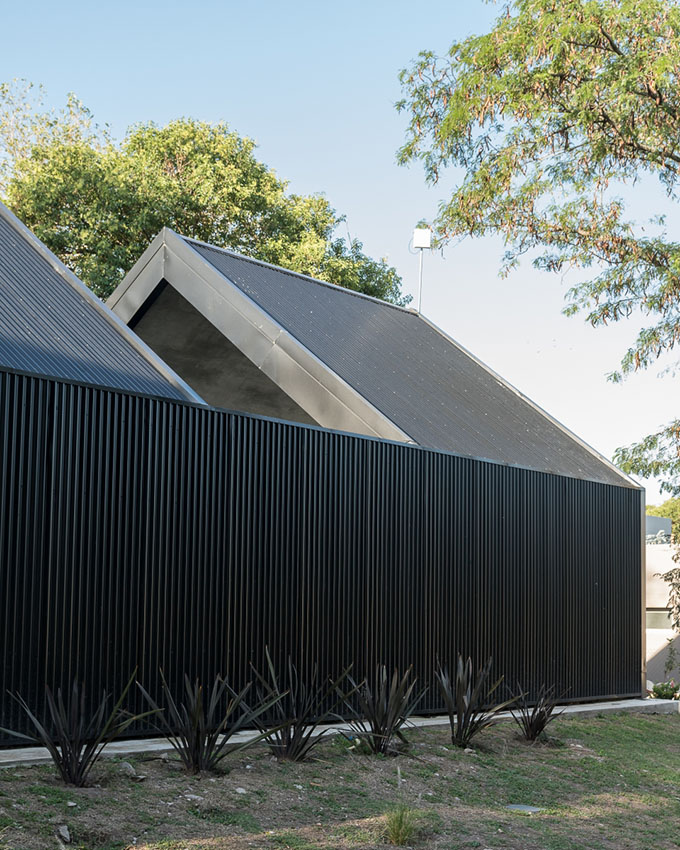 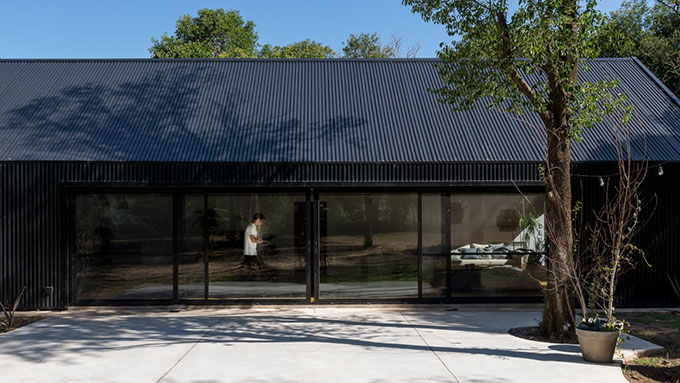 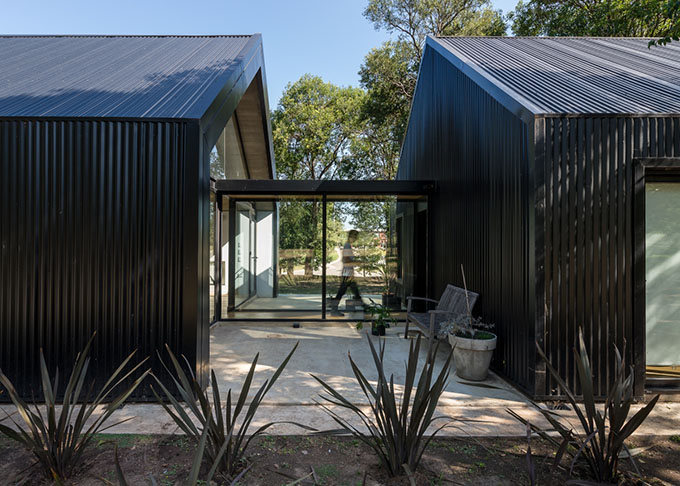 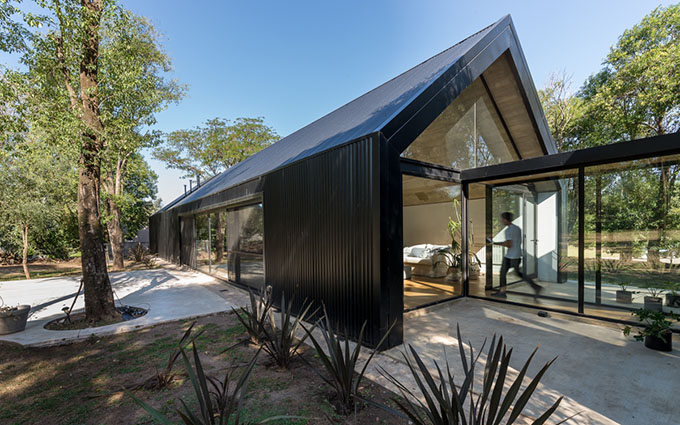 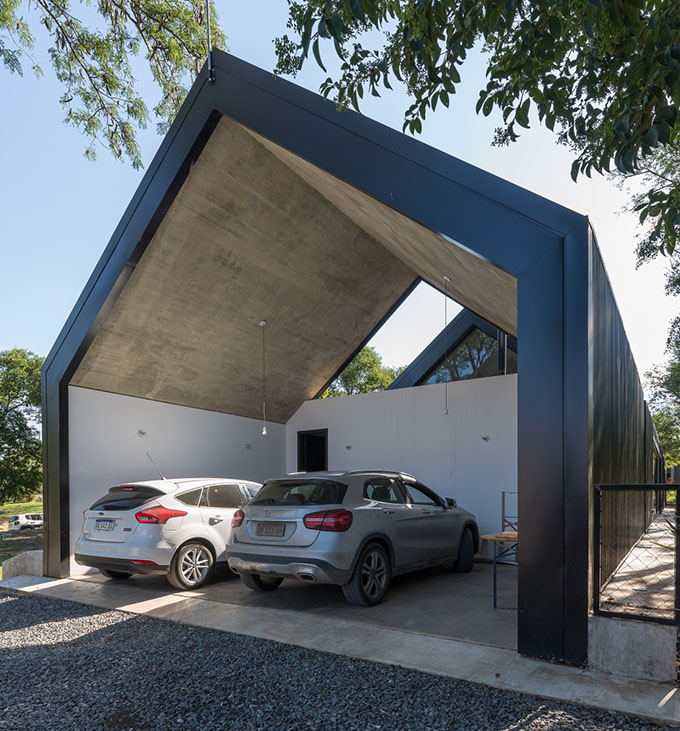 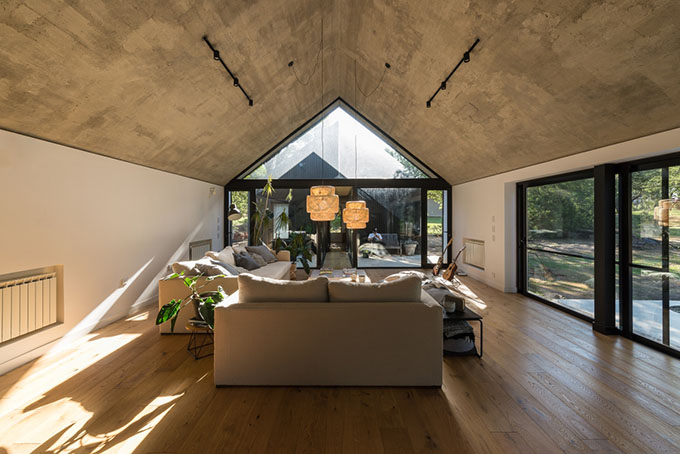 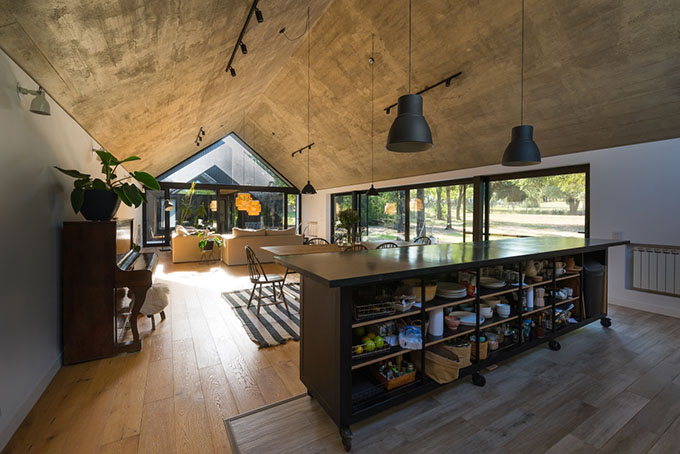 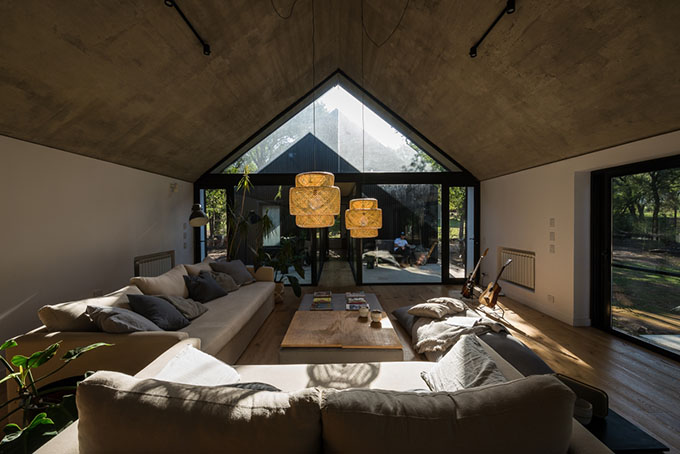 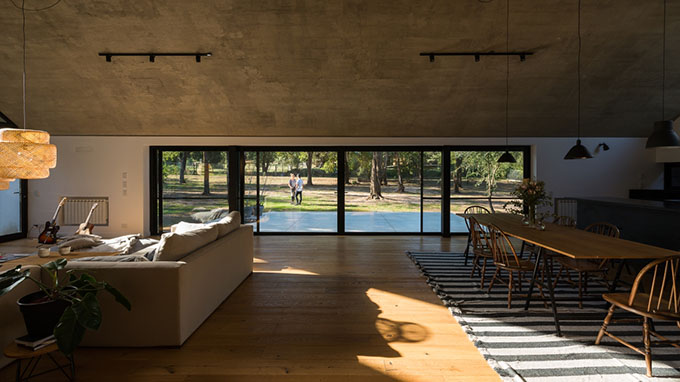 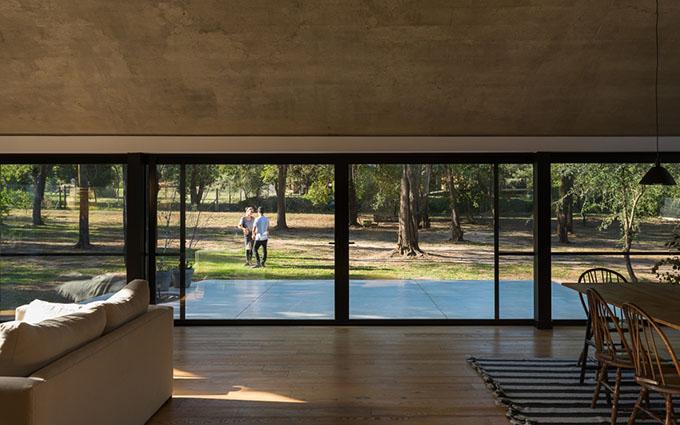 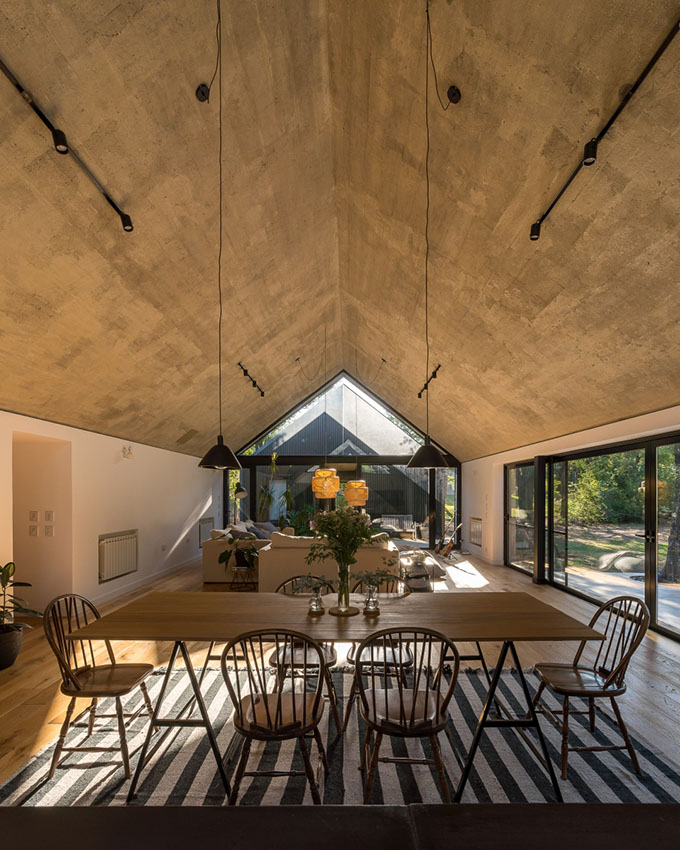 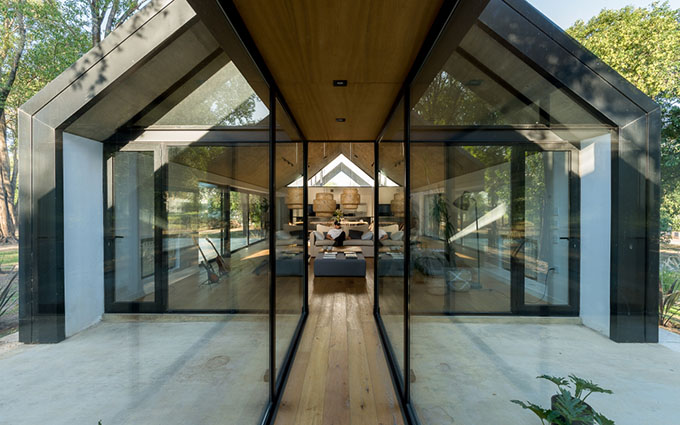 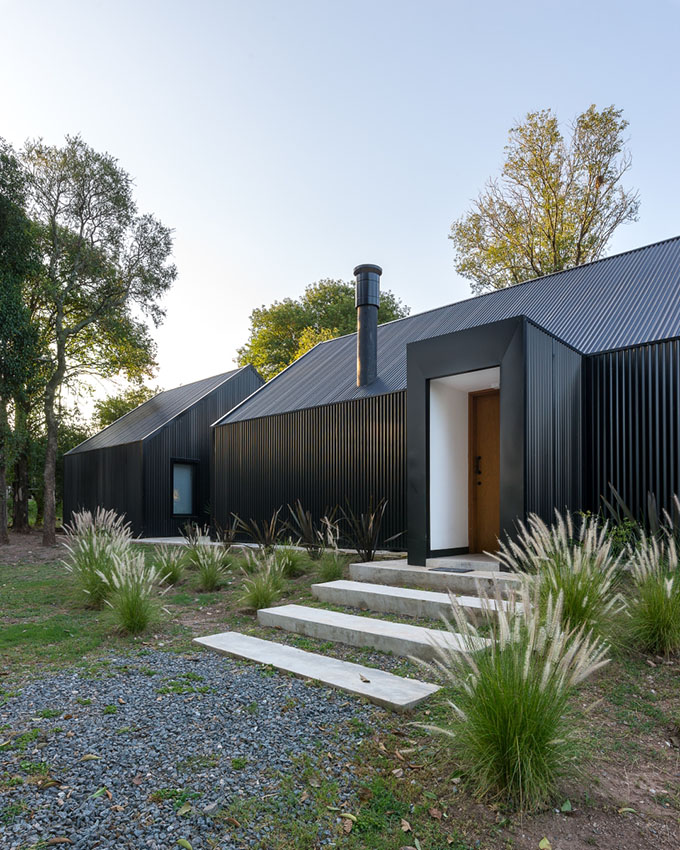 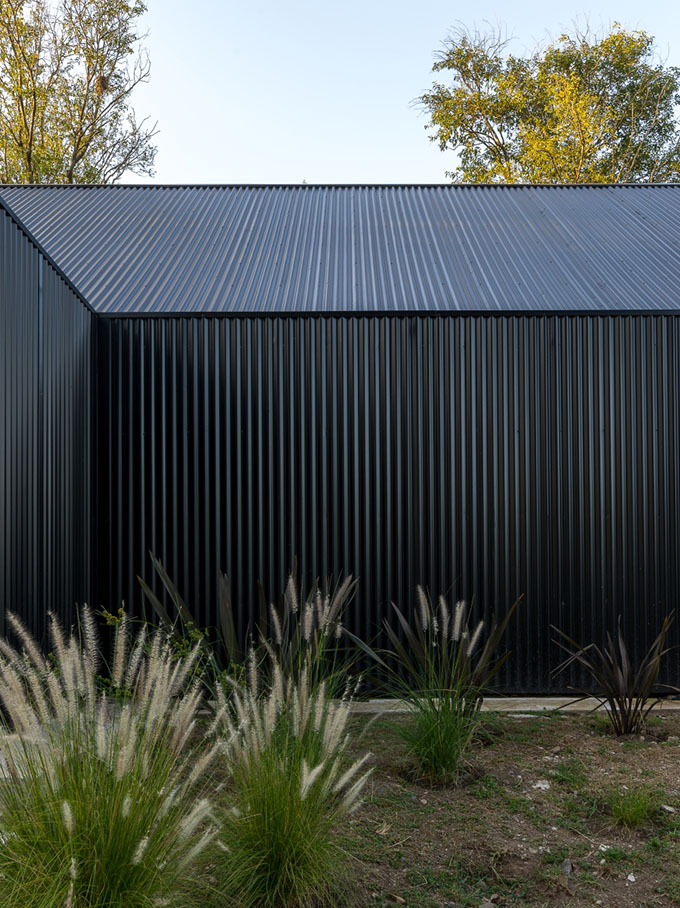 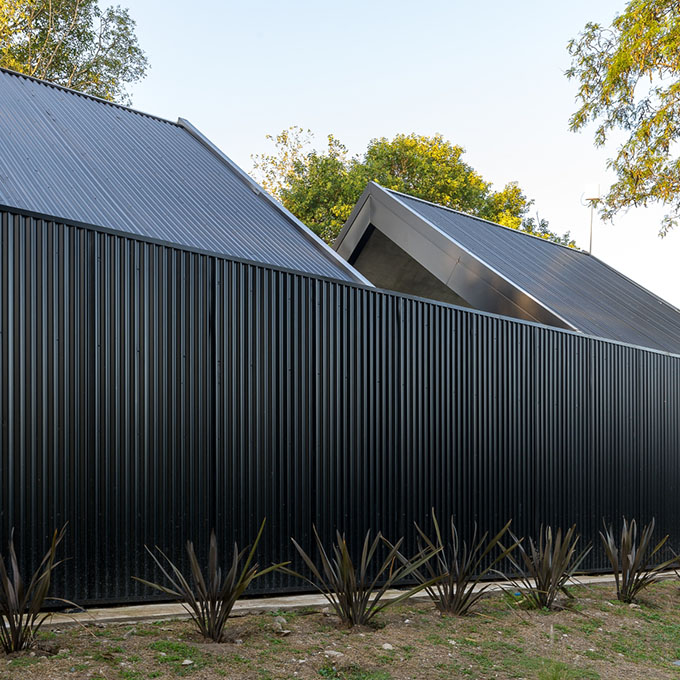 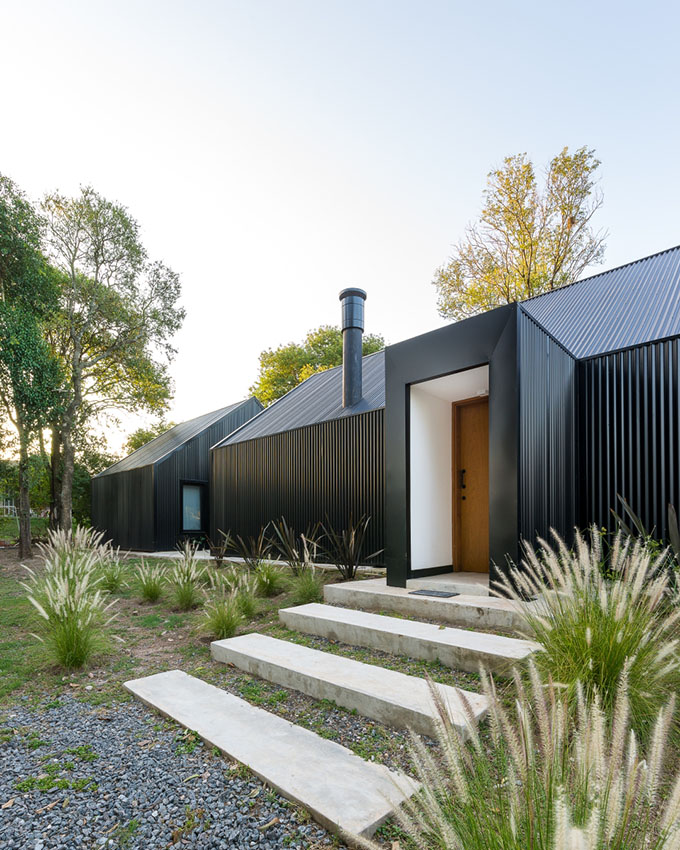 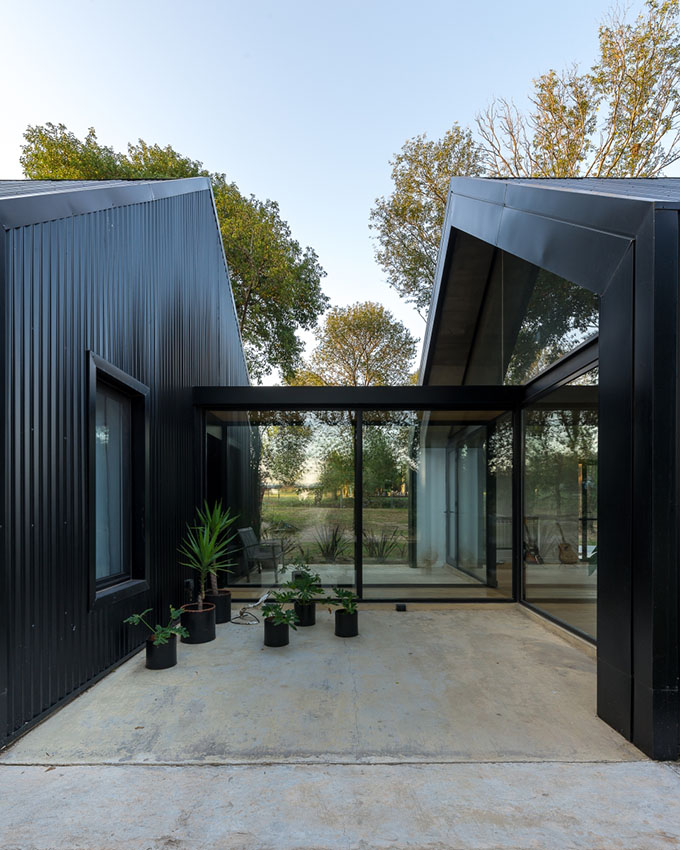 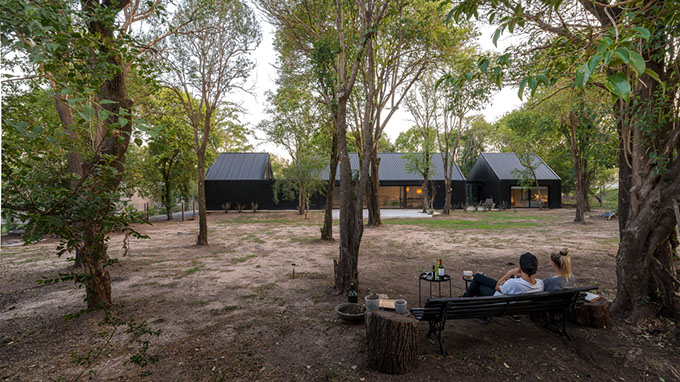 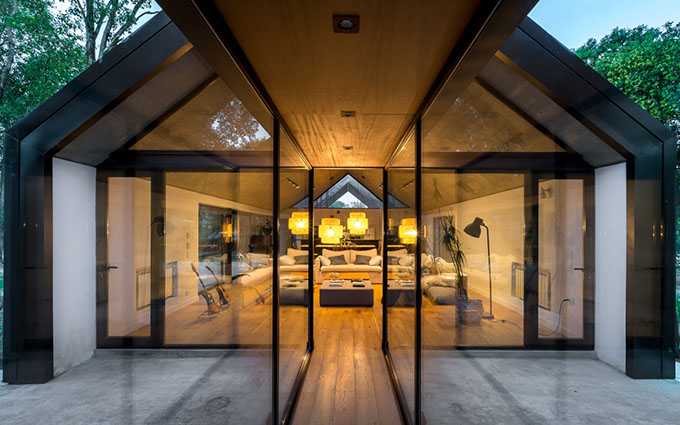 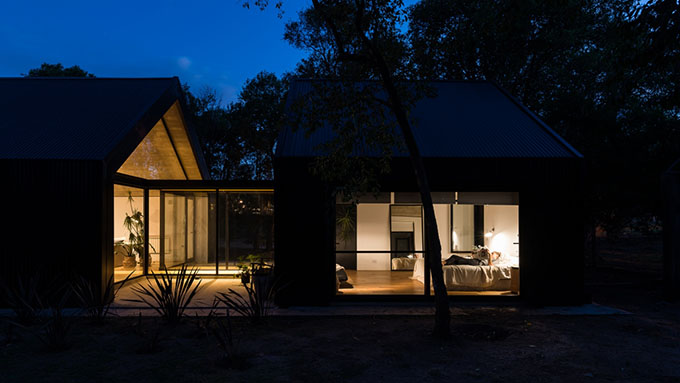 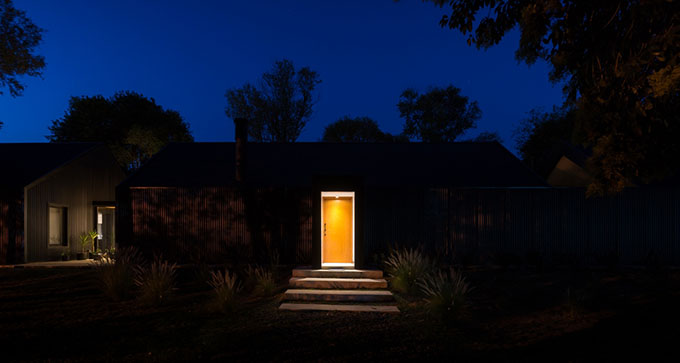 From the architects: “La negrita” is a very special house, as are its inhabitants, who from the beginning were very clear about what they wanted and what they did not want. For an architect happiness.

In a large field full of trees, touching one was a sin so the house was located in the only clearing. Once decided the place of the same, our actors wanted to feel that the trees of the place were part of the interior space and vice versa and at the same time to raise a great wall of privacy against the street. Therefore it ends up being a totally introverted house, mysterious towards the street and extroverted, almost exhibitionist, towards the interior.
The idea from the first moment was that of a large black wall to which different pieces / houses were going to be attached according to the program, originally it was one and with the passage of time they decided to build three (Living / dining / kitchen) , Master bedroom and garage). The idea of ​​the fragmentation of the program in small pieces arises from the situation of the young couple and how it will change over time, surely more pieces will be added and in this search try not to lose the essence of the original idea. 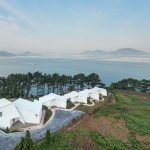