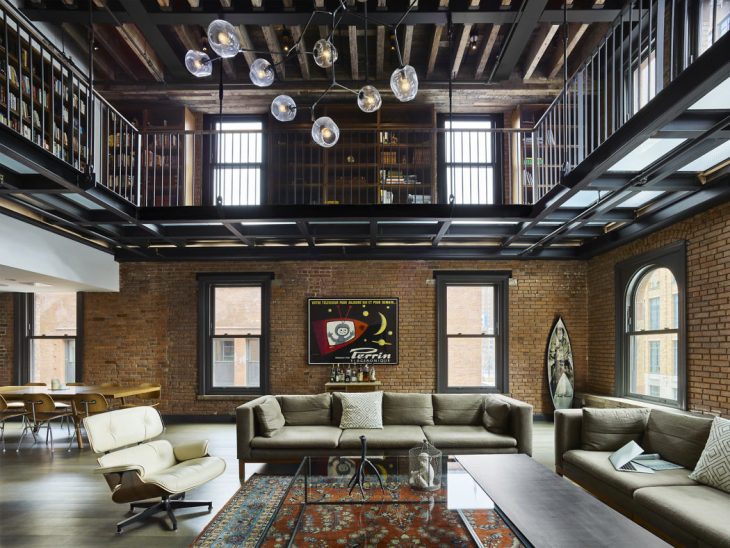 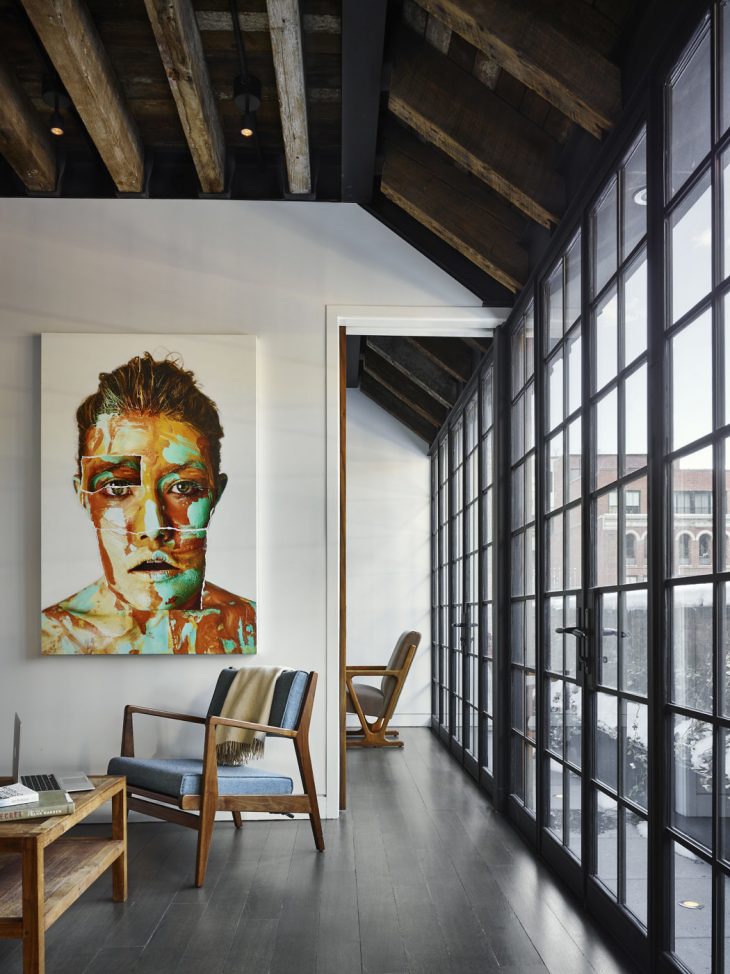 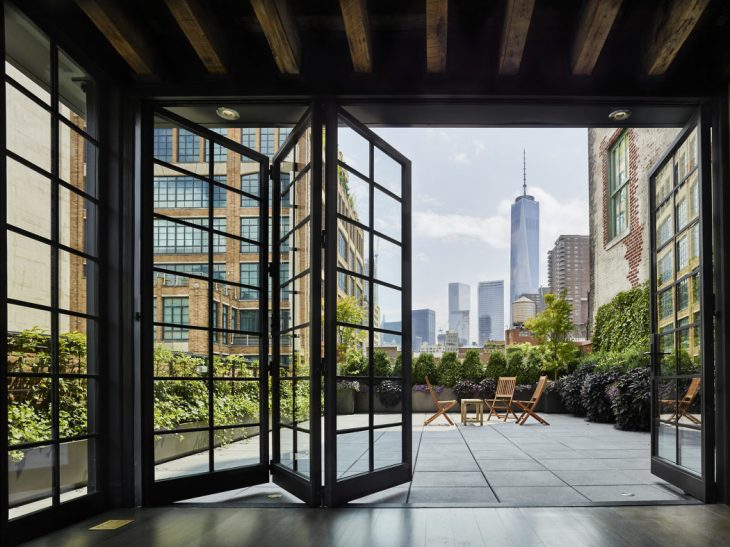 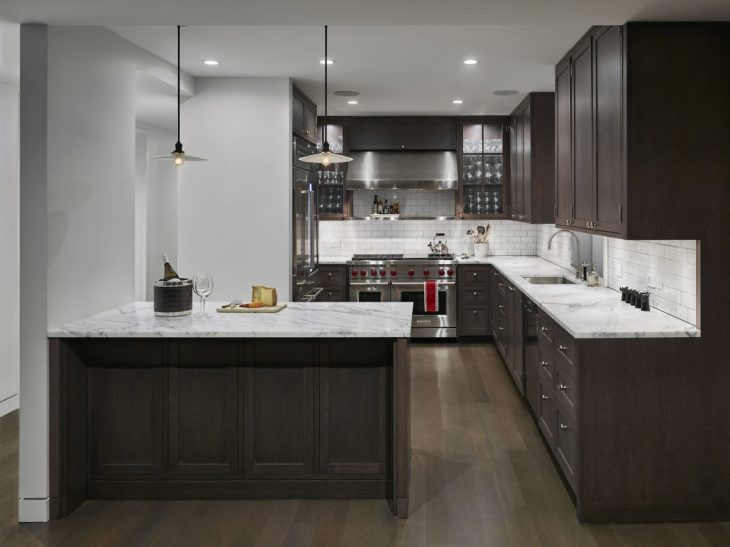 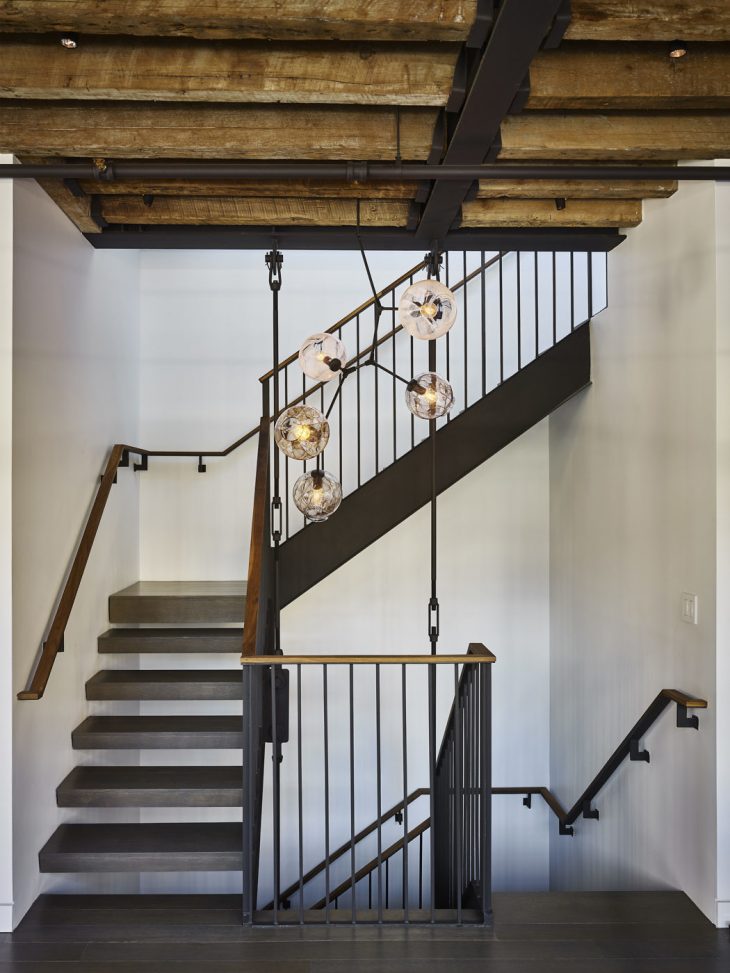 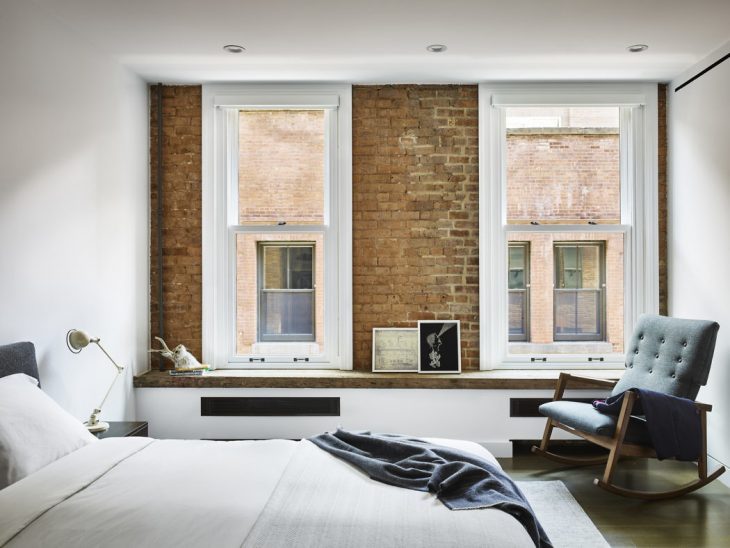 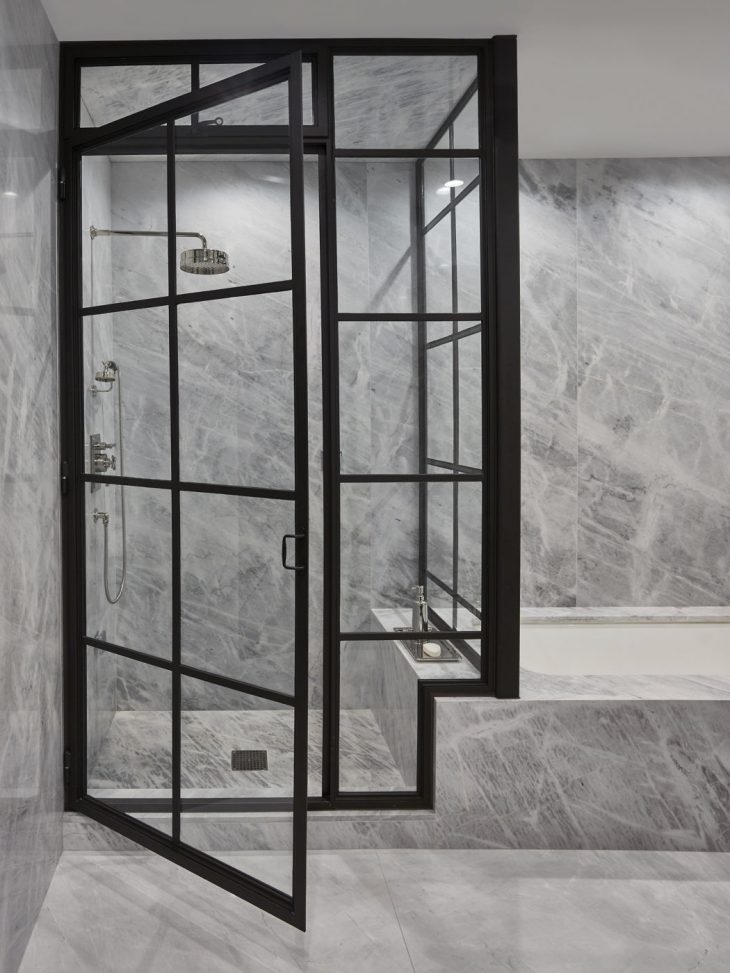 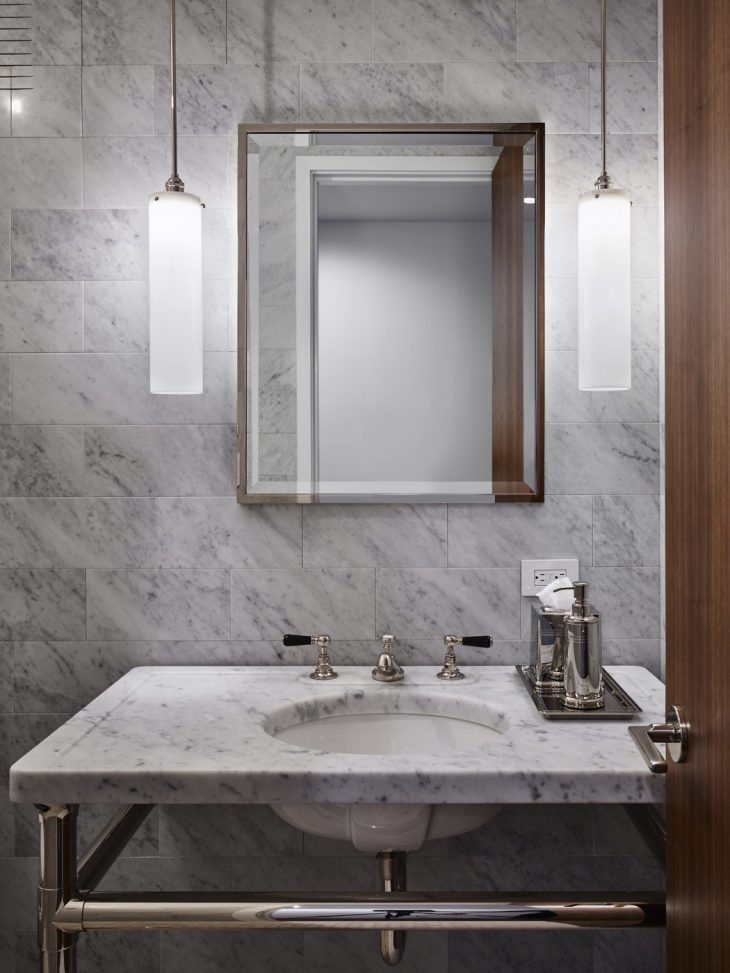 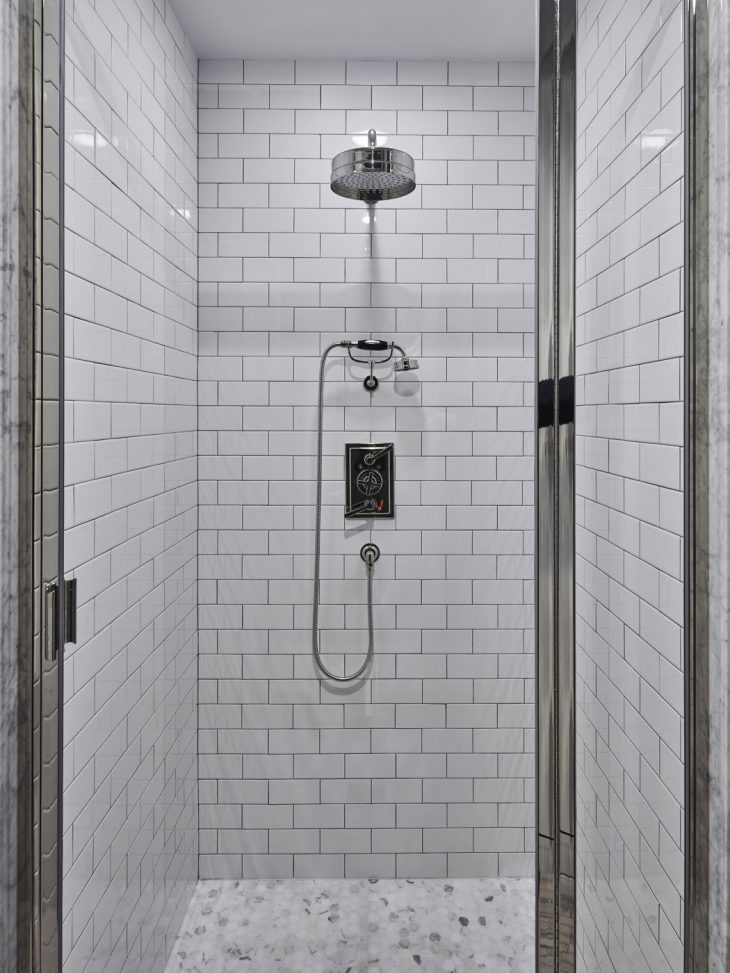 From the architects: Situated on a cobblestone street in TriBeCa stands an 1892 building, originally designed by Julius Kastner for a liquor merchant, and later taken over by a pistachio baron. As a conservation project, the goal behind 10 Hubert Street was to return the space to its original design, but still channel TriBeCa’s atmosphere. Aside for the interior brick walls being intact, the rest of the dilapidated building left little to reference.

The restored facades of Hubert and Collister Street include the foliate moldings, cornices, and arched windows. A minimal color palette is used and the original characteristics are kept, but upgraded. A steel catwalk with glass floors is attached to the walls of the double-height living area and allows for a wrap-around library. The Romanesque Revival building’s original fire escape was removed and re-installed with steel fire shutters to complement the original character of the Collister street facade. Finally, the original wooden ceiling beams were restored. An addition of a 1,000 square foot rooftop penthouse is left invisible to pedestrians, respecting the historic community. This addition is clad with standing seam zinc and steel windows, wooden doors, and steel railings. 10 Hubert summarizes as a restored and conserved piece of architecture, with an unintrusive new connection to exterior urban living.