Lago have designed this contemporary showcase apartment situated in Milan, Italy,in 2016. Take a look at the complete story after the jump. In 2009, LAGO used a revolutionary adpproach to overthrow the paradigms for presenting design, opening the Appartamento LAGO, an entirely new format for an industry that was resting on its laurels at the time. Completely furnished by LAGO and open to all, in the span of just a few days the Appartamento LAGO in Milan welcomed hundreds of people: it was a vital space where visitors could make themselves at home and at the same time experience LAGO design, sitting comfortably on a sofa, gathering around a table or eating in the kitchen, just like at home.
That just might have been the seed for what Daniele Lago and his team have created today, seven years later: CASA LAGO, the synthesis of a path that has seen LAGO take on a new world with an experimental approach, with the goal of creating relationships with everything that lies outside the company, moving past the barriers of traditional furniture design and production. Such was the origin of CASA LAGO, which is located at Via San Tomaso 6, in a strategic position near the Milan Duomo. In this multi-function space, which is owned by the company, design creates a welcoming environment with a home-like feeling, hosting meeting rooms, temporary offices and co-working spaces, and can also be rented for events and business meetings.
‘Today, the concept has become pretty popular, but here at LAGO we have believed in it for a long time: design is much more than the object,’ explains Daniele Lago, LAGO CEO and Head of Design, When it is done well, design is also concerned with contexts and creates places that can have a positive impact on the world, thus generating meaning and creating new opportunities for positive relationships, which is a huge asset for everyone. And CASA LAGO developed directly out of these premises. After two years of planning and effort, the time has come to open its doors and welcome everyone who, motivated by a bit of curiosity, wants to be a part of these 400 design-driven square metres in the middle of Milan’s historic centre. CASA LAGO’s wide variety of spacious rooms were conceived to enhance the design of the products, welcoming users with an empathetic embrace. if you were to ask me to describe it in tags, I would say Milan, Home, Empathy, Work Relationships, Flavours, Encounters, Fragrances, Business, Sharing, Intimacy and Warmth. Welcome to Casa Lago.’
CASA LAGO is not a point of arrival for the company, but the culmination of years of work. In the last few years, in fact, LAGO’s activity has been especially dynamic. Continuing its experimentation, the company decided to channel its years of experience designing domestic spaces outside the home, with the ambition of fostering well-being everywhere that people might find themselves and improving relationships, socialisation and productivity. This turned out to be a winning intuition, and led LAGO to create, in the span of just two years, between 2014 and 2016, the INTERIOR LIFE NETWORK, a digital and physical network that includes 32 flats, 34 offices, 46 hotels and B&Bs and 30 restaurants, cafés and shops.
Created with the goal of establishing a deep relationship between spaces and people, profoundly transforming the way of understanding design, for LAGO, the LAGO INTERIOR LIFE NETWORK is a format for collaboration, a network of people and places where connections and meaning are activated by design. The shops, residences, offices, museums, restaurants and hotels in the network are connected to one another by LAGO’s digital communication driver, which puts them in touch with the company’s nearly one million Facebook contacts and three million annual website visitors, creating a positive cycle where culture generates profit and profit culture.
All of these locations have shown how LAGO design can be adapted to a vast range of contexts without ever losing sight of individuals and their well-being. This rich collection of experiences has converged into the creation of CASA LAGO, a more than 400-square-metre space in the middle of Milan, an open house where the experience of design-driven thinking and networking activates connections and becomes a cultural resource for creating new meaning. The doors of CASA LAGO are open to entrepreneurial activity in all industries, with the goal of creating productive combinations and new business opportunities. The entire space was designed to accommodate and provide for the diverse needs of businesses and professionals. A large conference room, fitted-out meeting rooms and co-working spaces, but also a fine restaurant with a professional kitchen and two small flats create the ideal space for those who want to do business in a welcoming environment with a home-like feeling. Every space in CASA LAGO was designed to co-exist with the others while ensuring the privacy of users, and the furnishings, distinguished by the LAGO chromosome ‘modularity’, lend themselves to being reconfigured according to an infinite range of needs.
The company’s Milan locations have therefore doubled: complementary to the Appartamento at Via Brera 30, CASA LAGO also aims to be the place of choice for professionals in industries close to the LAGO world. Here, architects and designers will be able to take advantage of LAGO training, through dedicated events, meetings and LAGO ACADEMY courses. Moreover, unlike the Appartamento in Via Brera, where LAGO design for the home is the focus, designers will be able to bring their clients to the space in Via Tomaso to directly experience all of the potential of LAGO design for the contract, business and HORECA world.
LAGO’s ambition is as simple as it is disruptive: creating spaces where design improves experience and is a carrier of culture and relationships and, starting today, business. 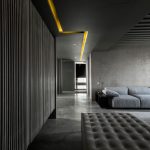 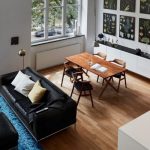