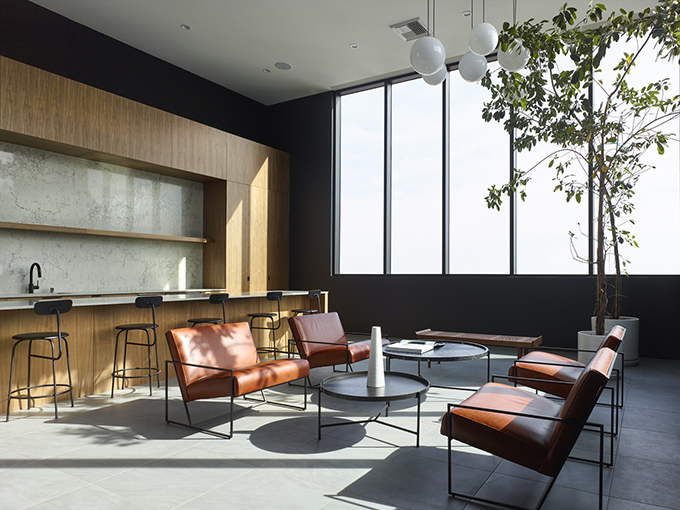 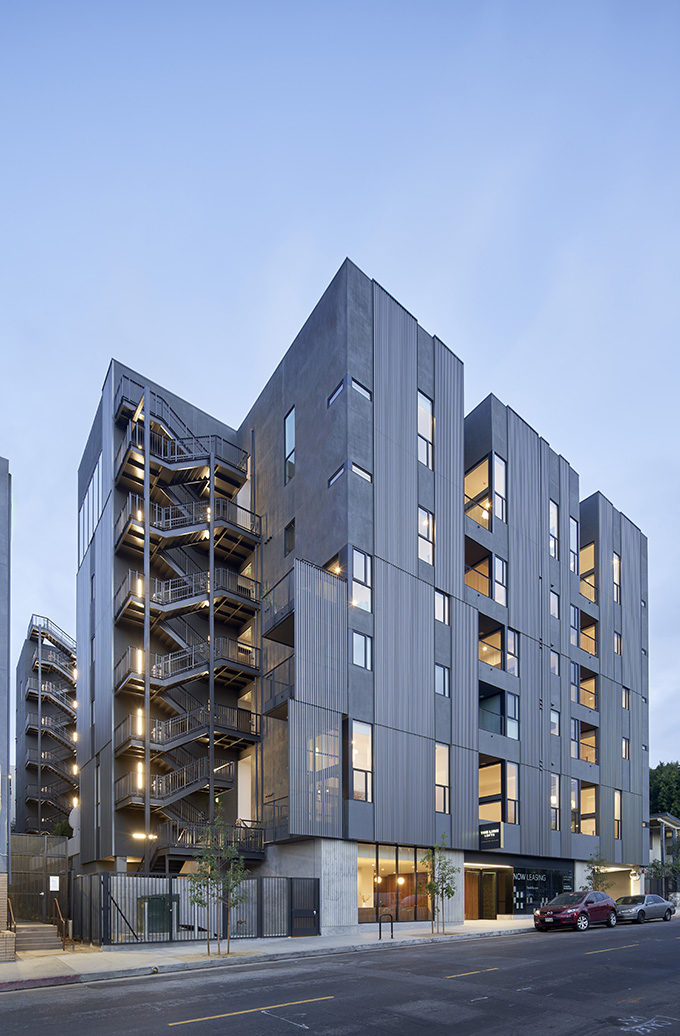 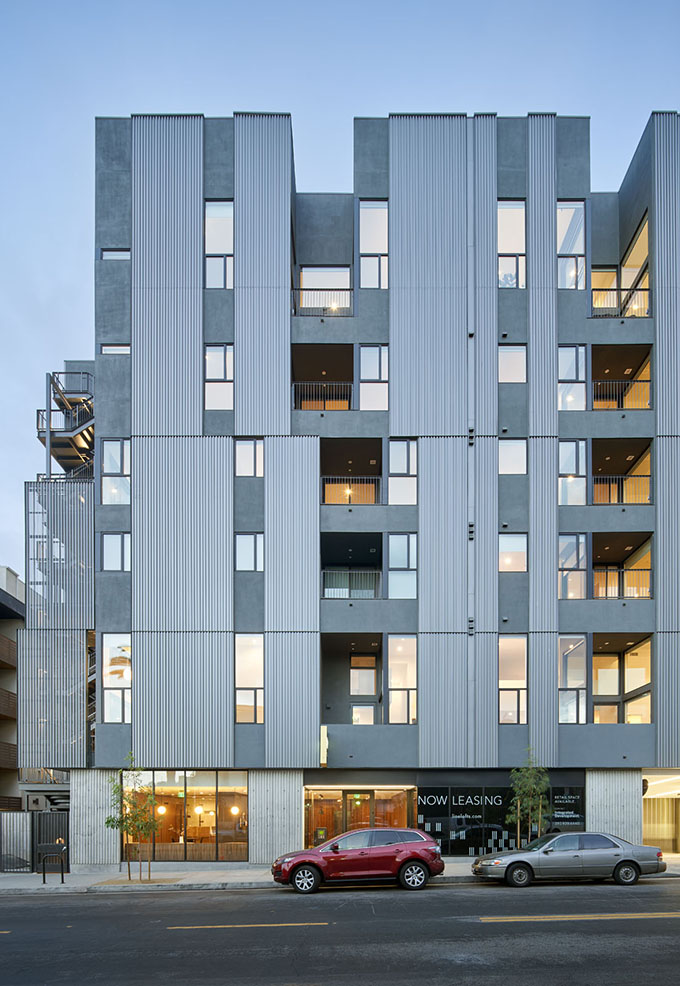 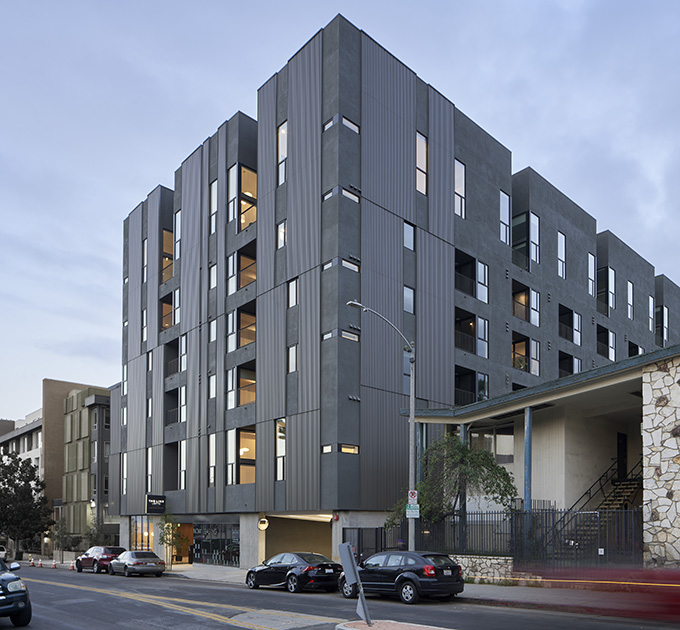 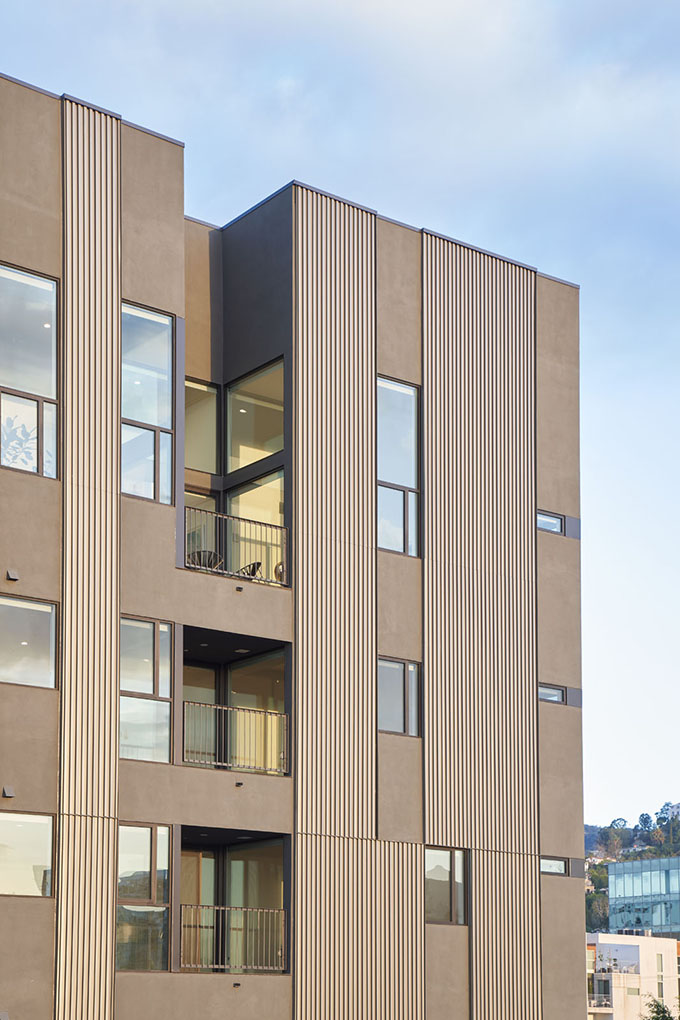 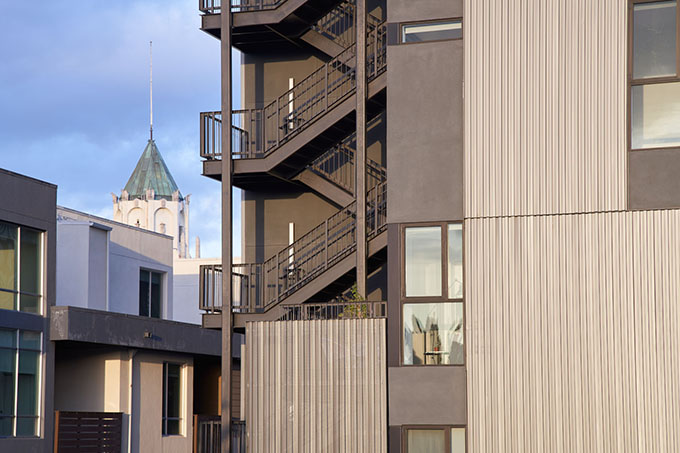 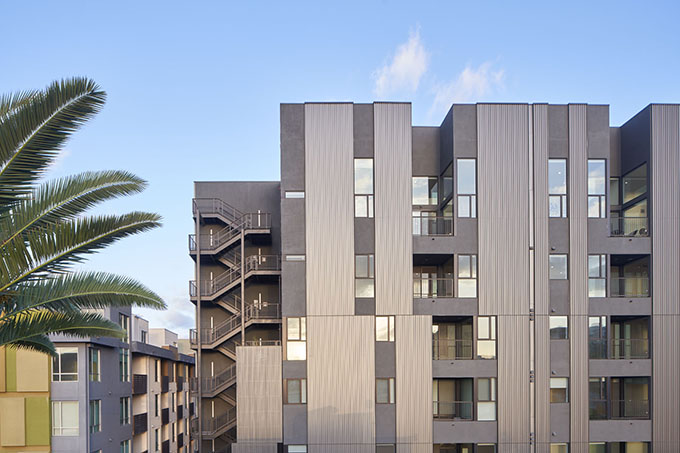 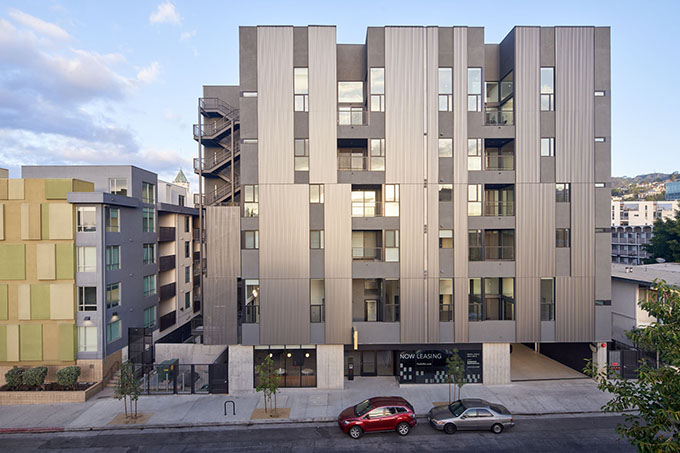 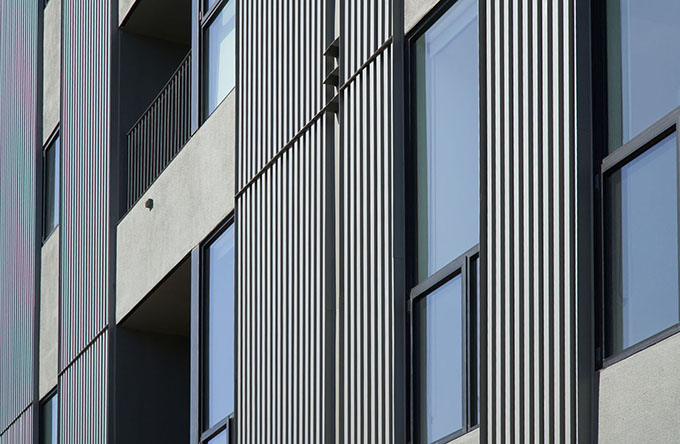 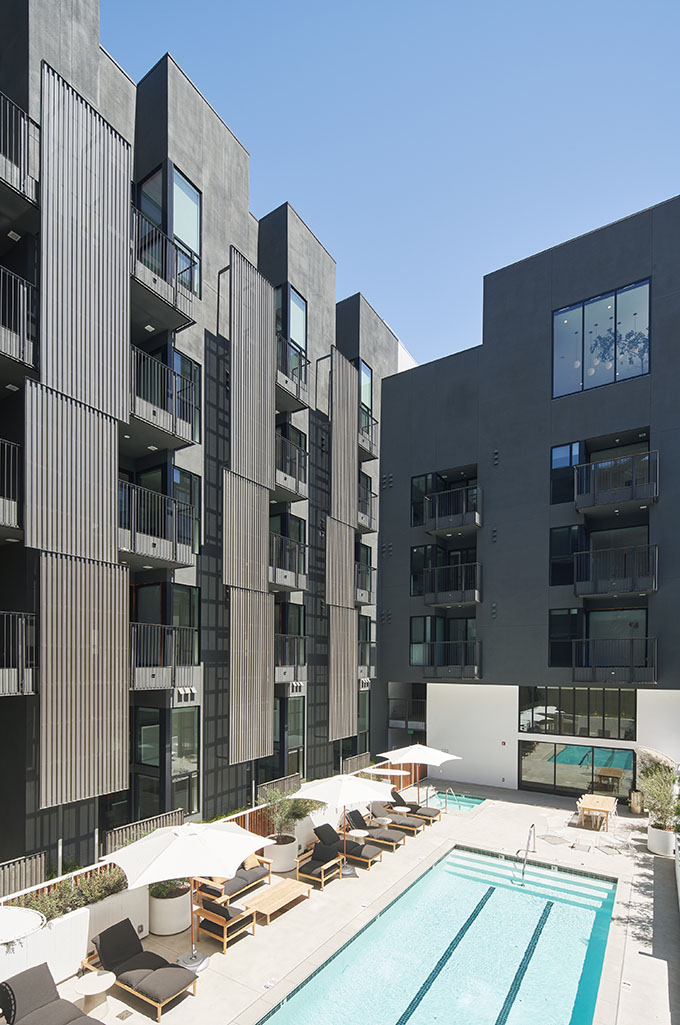 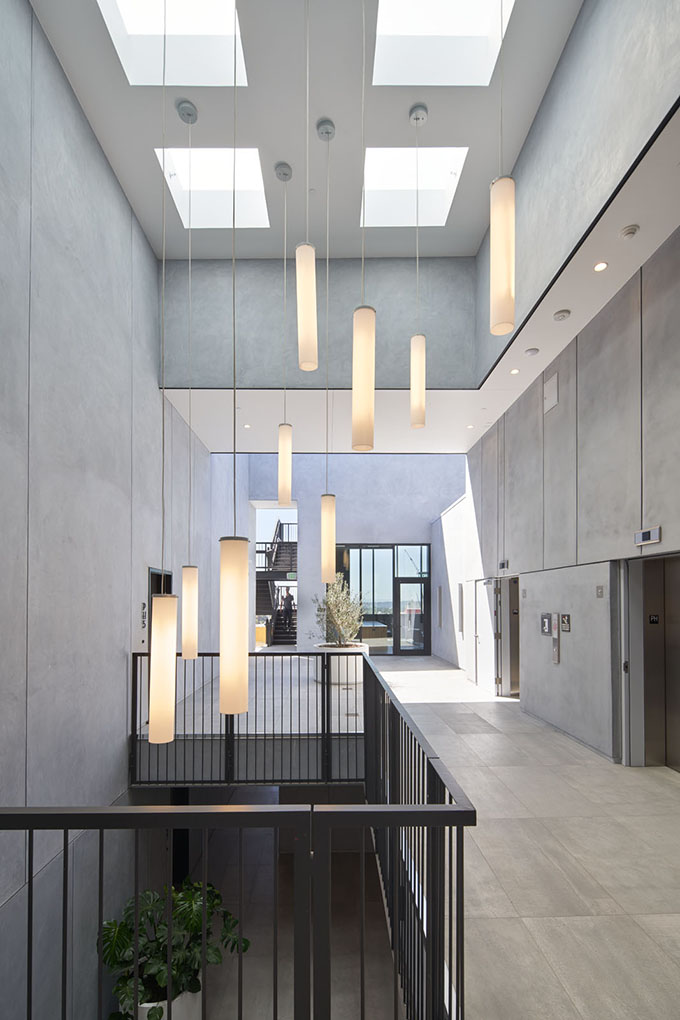 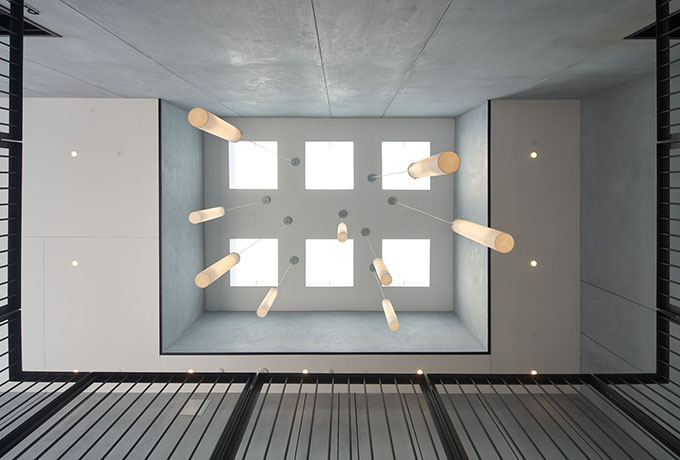 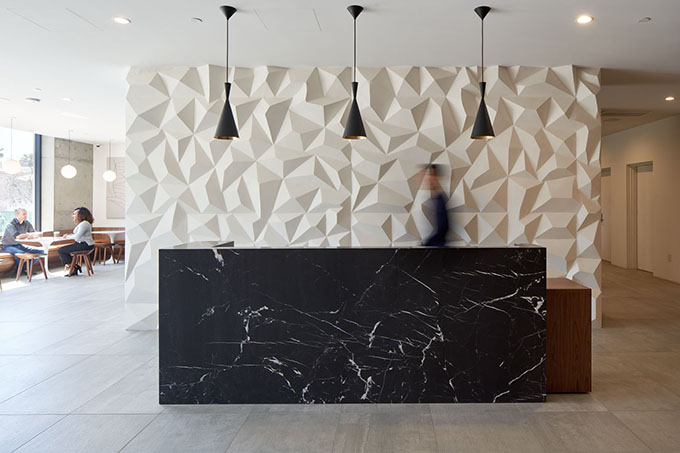 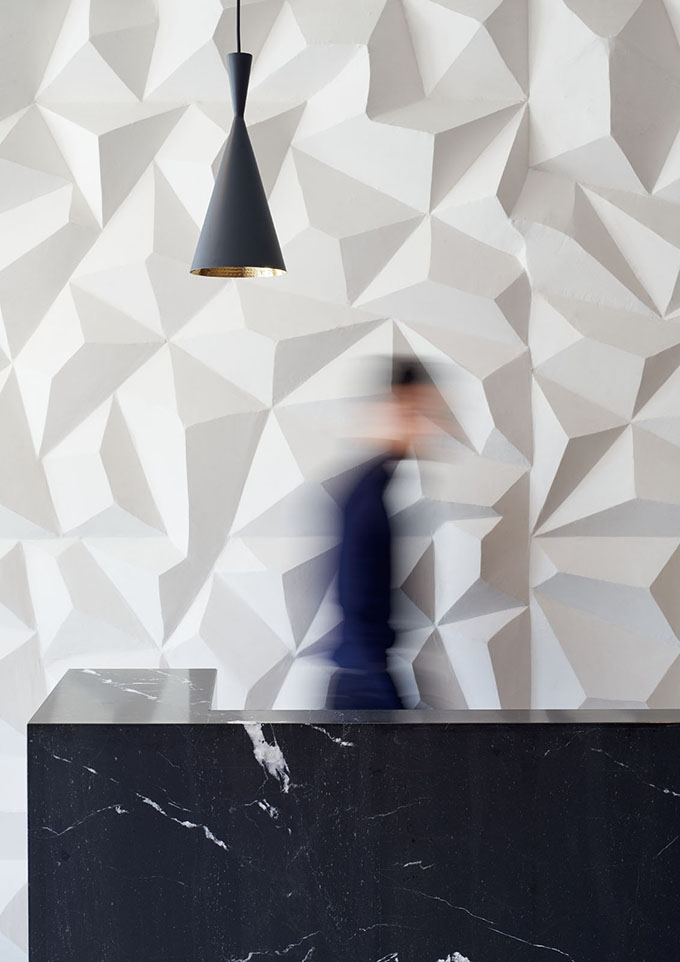 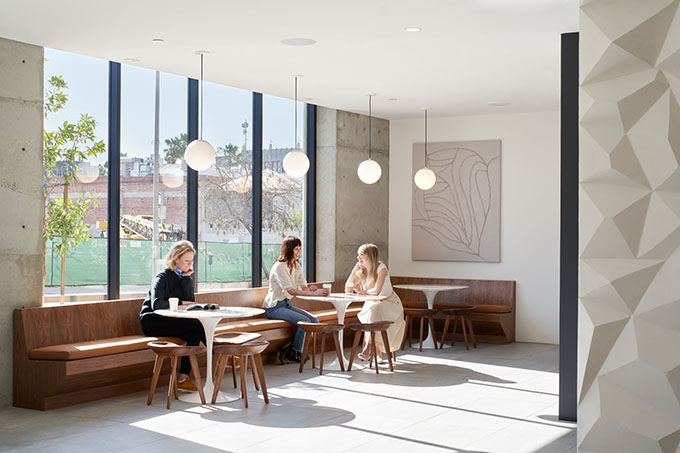 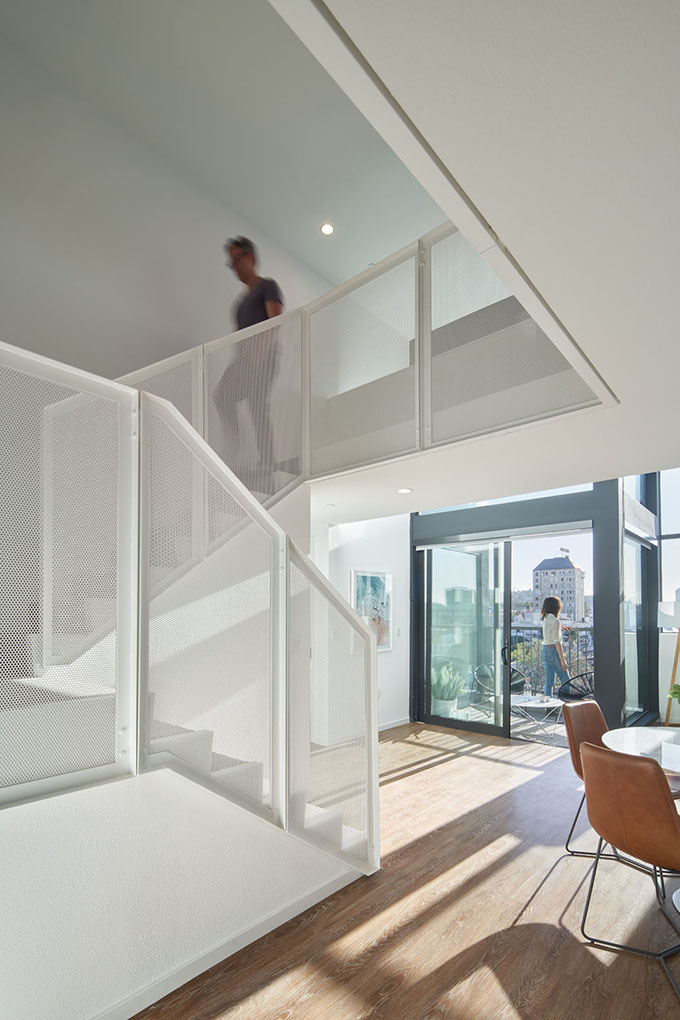 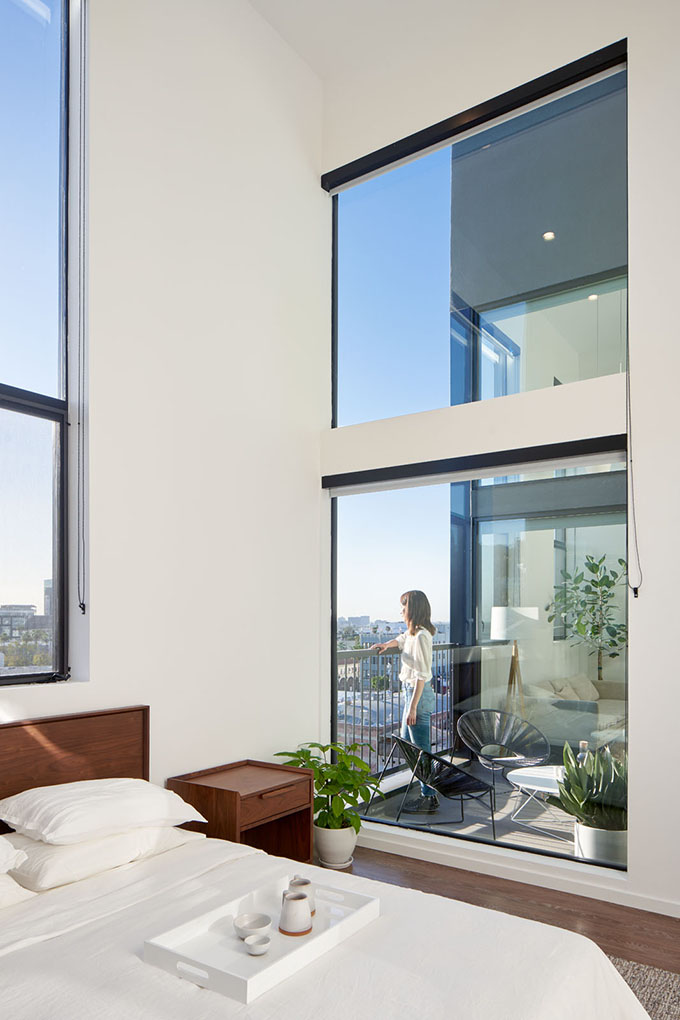 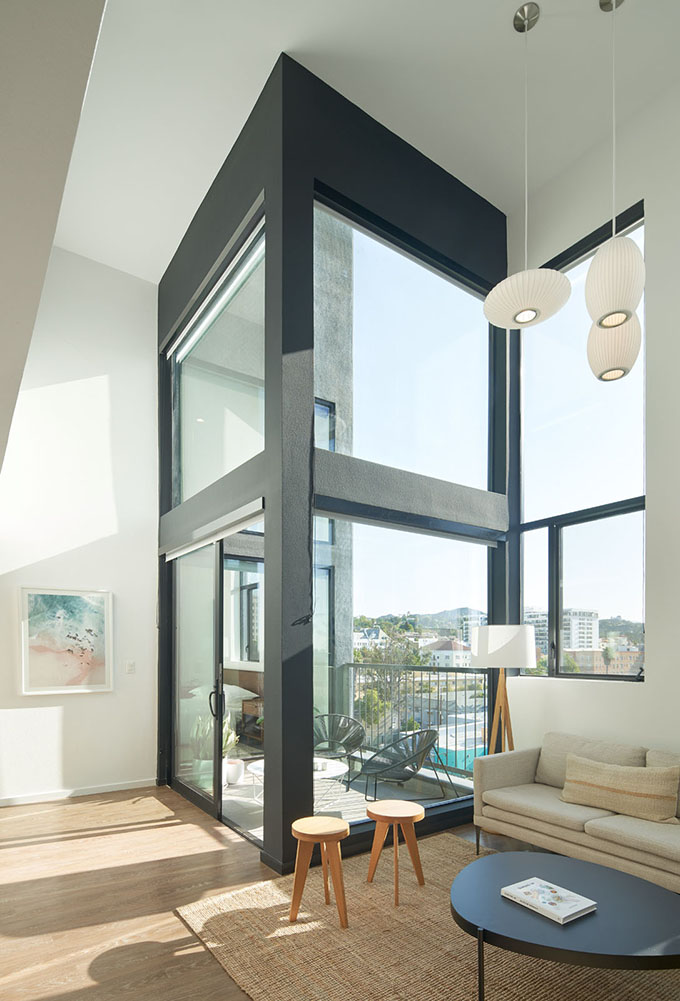 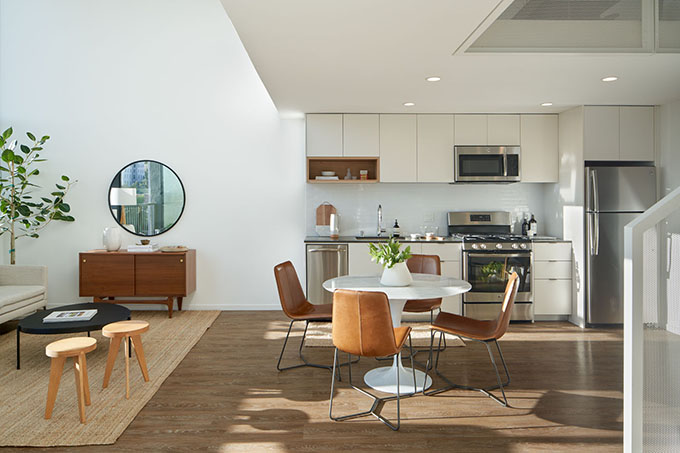 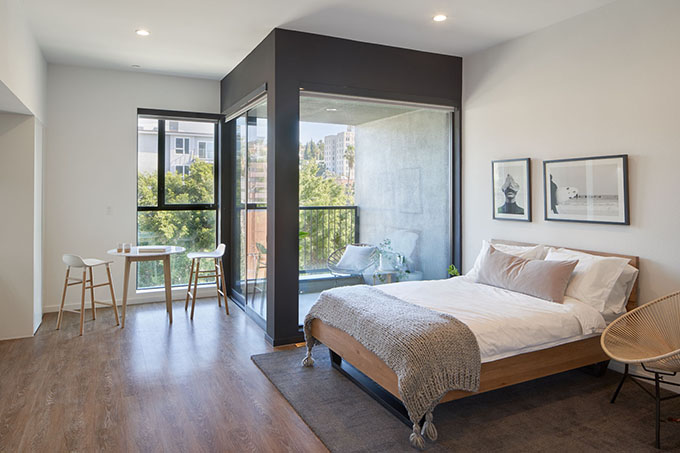 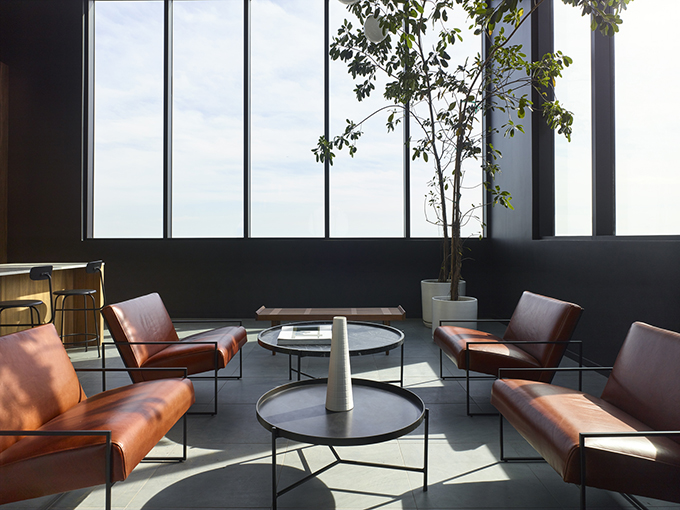 From the architects: SPF:architects (SPF:a) is excited to announce the completion of The Line Lofts, an 82-unit residential building located in one of Los Angeles’ most active development corridors. Situated along Las Palmas Avenue just steps away from Hollywood and Highland, the six-story project infills an 182-foot x 127-foot lot to become the tallest new construction in the neighborhood.

Given the constrained dimensions of the site, which is closely flanked by three buildings, SPF:a needed to rethink the traditional floor plan. The architect worked closely with the client and Los Angeles-based developer Integrated Development to create a collection of well-lit and well-articulated apartment spaces.

To do this, the building abandons the standard filing cabinet layout, taking on a C-formation and dispersing its circulation space in an unconventional, but far more fluid way. Vertical multi-floor connections are provided at various elevations, with the second and third floor linked, the fifth and sixth joined, and the open-to-sky “courtyard” merged with the sixth. This multi-level communication provides a visual variation among the floors and removes any feeling of sameness or repetition that can be relatively unpleasant for those living in apartment buildings. Moreover, the plein air architectural circulation creates “moments” within passages that are traditionally ignored. Egress stairs have also been moved to the exterior to free up interior space and encourage residents to use the stairs as alternative building circulation.

SPF:a worked closely with the Integrated Development on the amenity spaces, which include a workspace and wet bar in the lobby, a courtyard pool, and a pool lounge recreation room with floor-to-ceiling glass walls that allow the interior to visually flow into pool area. A sky lounge tops the building offering views of the Hollywood Hills and the Los Angeles skyline. This area was designed with a contemporary, exposed foyer that strengthens the interior-exterior relationship while also allowing for the architecture of the building to frame the sky.

The amenity areas were deigned as extensions of the living spaces as well as areas to create community. “We wanted to provide open and unique areas to work and socialize throughout the building. They’re a very important part of the project and we took our time to focus on the details in crafting each element,” says Integrated Development Founder and Principal, Elan Mordoch.

Similarly, units have been designed to optimize natural light and engage with surrounding views. Each apartment features oversized windows, glass sliders, and an atrium-like balcony. By recessing the balcony from the facade, SPF:a was able to expose three sides of the exterior space which amplifies the entering light. Street- and courtyard-facing units are partially shrouded with perforated screens to allow for increased privacy without the need for curtains.

“The goal was to get light as deep into the spaces as possible,” says Zoltan E. Pali, FAIA, SPF:a’s founder and design principal. He adds, “Details we would normally implement in a custom home, we tried to achieve in these apartments. We wanted to improve upon the rigid living environment that’s typically associated with multi-family residential buildings.”

Budgetary constraints played a role in materiality, pushing the architects to think creatively about how off-shelf products could bring the cost of construction down and reflect a custom look. Although the first floor of the building is concrete, floors two through six employ prefabricated wood framing. By using a wood frame, the architects reduced costs and shortened the construction schedule.

The main facade uses a combination of corrugated metal and plaster, alternated to create an animated pattern. Pali saw an opportunity to create a composition with the smoothness of the plaster and the roughness of the metal, the latter of which boasts a metallic finish that reflects the changing hues of the sky throughout the day to give a sense of a building always in flux. The metal panels were designed as a rain-screen system which provides for a more breathable and energy-efficient exterior skin.

Notably, the unit distribution places lofted apartments on both the ground and top floors. By creating double-floor units on the first floor, the spaces are opened up and afforded more light and privacy, making what are typically less coveted units, prime apartments. The updated ground-floor programming also serves individuals who work from home and have frequent guests well. 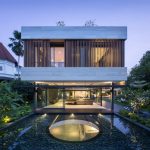