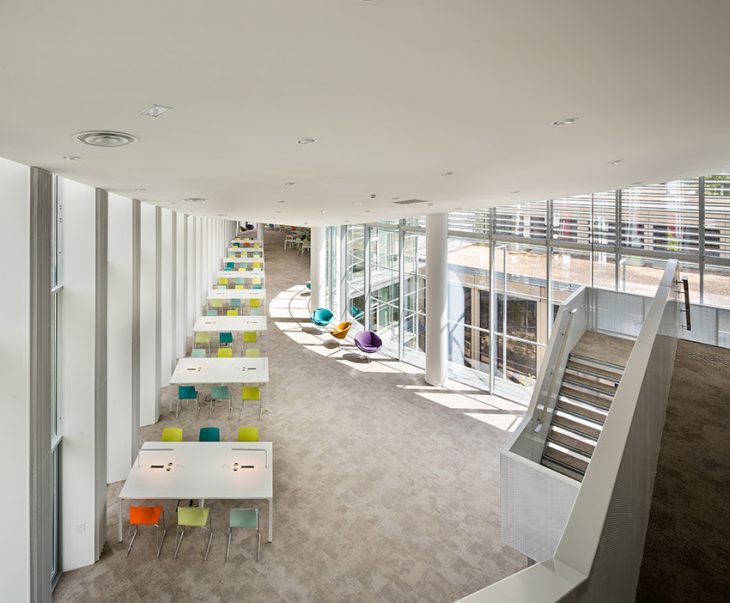 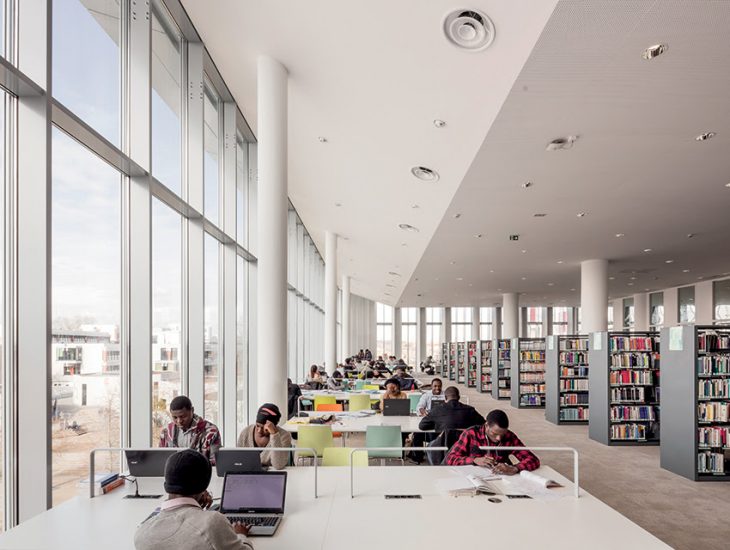 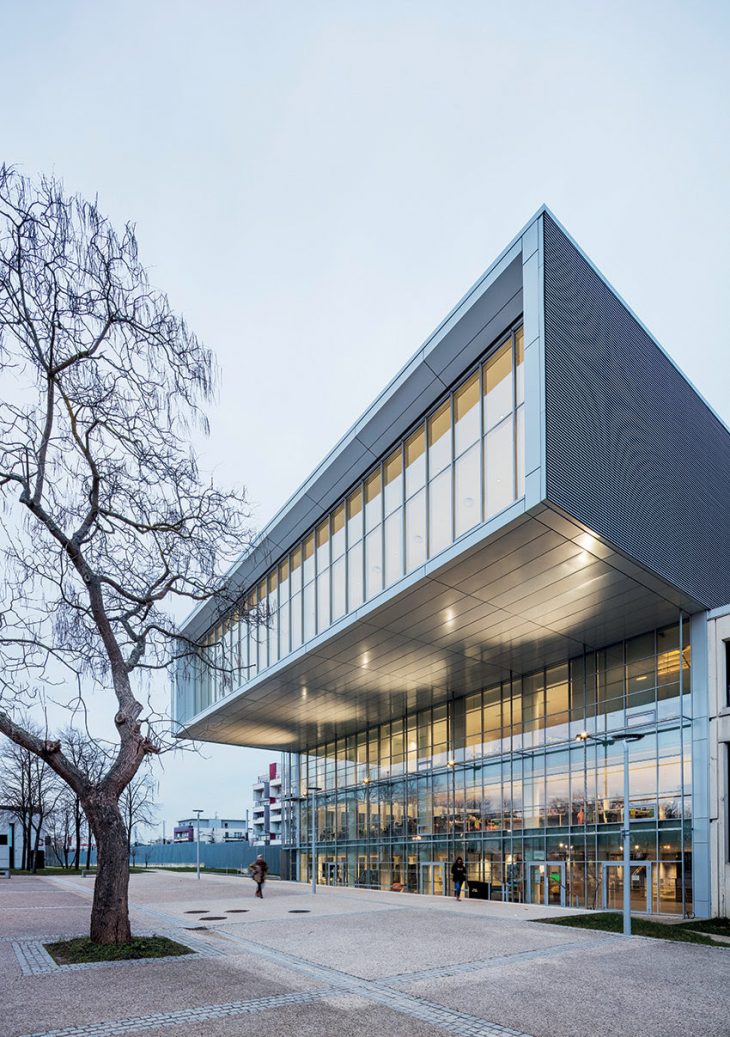 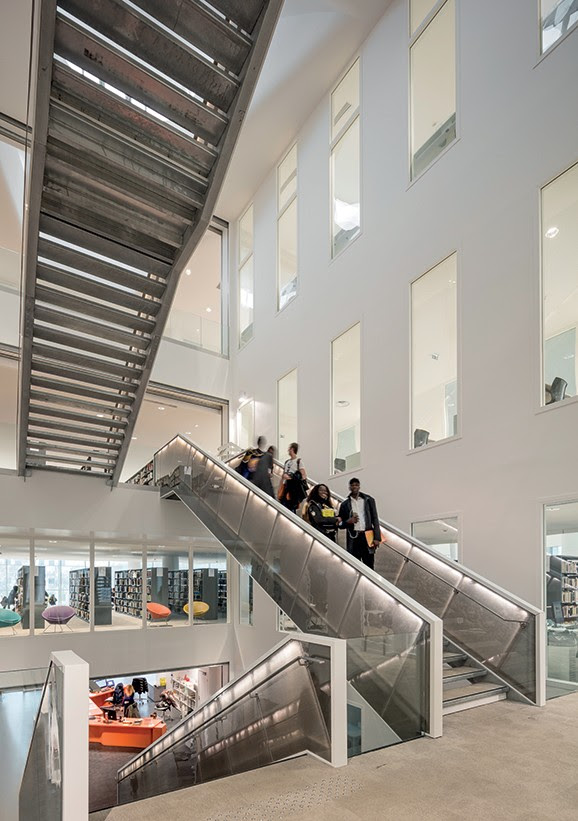 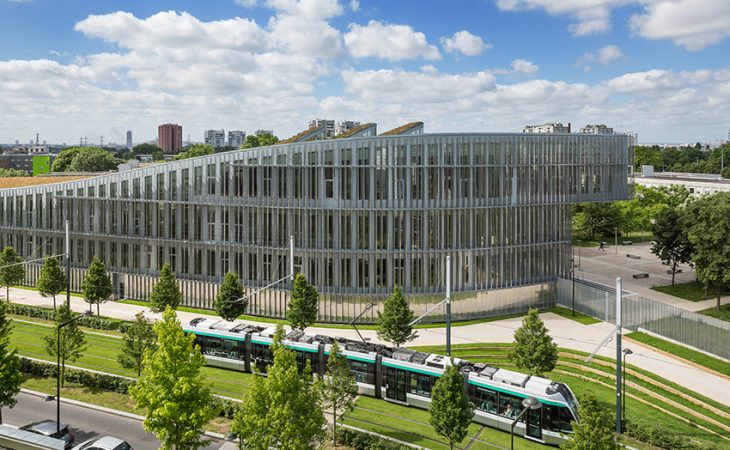 From the architects: The site is marked by the presence of the campus facing the town through the intermediary of the new library. Located at the edge of the campus, the new building curls around the old library to create a dynamic that heralds the development and renewal of the library and a harbinger of the future evolution of the campus.
Constraints of the exiting urban plan led to a highly singular S-shaped construction footprint. The extension enclosed the initial volume of the library and defines the limits of the new public square.

The morphology of the new building is adapted and deformed while ensuring the continuity of the urban façade. Derived from the characteristics of the campus, aligned with the existing library (G+2) and rising in a movement that reveals the life of the reader unfolding inside the library and fitting into the urban landscape and the line traced by the tramway.
The size and the homogeneity of its façade, the new University Library stands out as a large scale public facility, fulfilling its role as interface and transition between the surrounding city and the university.

A thickness of concrete sculptured as the effigy of the BU PARIS XIII extends along the base of the new Place François Mitterrand, accompanying the sinuous design of the tramway line and mall, and affirming the presence of this facility designed for collective use, which has become the campus showcase in the public space.
A glazed façade on the floors above is protected by vertical perforated stainless steel sunshades, introducing a thickness and a distance between exterior and interior and creating the interplay of light and shadow according to the time of day. In winter, in late afternoon and evening, all the activity inside the library is visible all the way up to the top of this volume standing like a lantern on its base. Stainless steel, a noble material, was used throughout with the intention of enhancing appearance and imbuing respect, and offering a new kind of relationship between the town and university users.

• Facilitate identification of the new access to the educational library from the forum
• Renew the library’s image
• Streamline circulations of layouts for users, readers and the personnel
• Treat vertical pathways as integral parts of the documentary research process 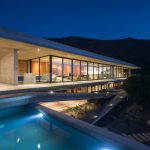 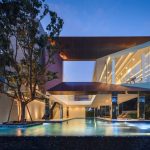