The Solar Science Center is a conceptual design proposal for a large solar powered structure dedicated to the science of the sun and to all of the technology used to harness its energy for the good of all of humanity. The Solar Science Center features a 160 foot tall central cone shaped structure, topped with a large array of photovoltaic solar cells, which track the movements of the sun throughout the day. This sun tracking array is the primarily power source for the science center. Whenever an excess of energy is collected, it is sent into the local electrical power grid. Passive solar heating, cooling, and natural daylighting techniques are also used throughout the structure. In addition, rainwater is collected off of the roof, stored in underground containers, recycled, and used in and around the Solar Science Center.

Small trees planted in moveable containers are placed on the primary roof of the structure. Each one of the containers has a circular bench built in around its perimeter. This portion of the roof is used by the visitors for special events and exhibits. A large observation deck is also built into the center cone shaped structure for public use.The interior of the structure is primarily an open space used for special events and exhibits. The central cone shaped portion of the structure is also opened to a point near the top, where a large LED screen continually displays images and sounds that are relevant to the science of the sun.

Conceptually, this design originated from the image of a large dish antenna, which gathers information, and in this case, energy from the sun, and shares it with the planet earth. My hope is to build the Solar Science Center with the help of a group of entrepreneurs who understands the importance of educating people about how and why the sun must become our primary energy source for the future. 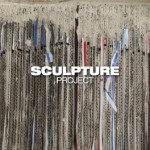 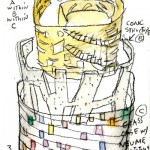