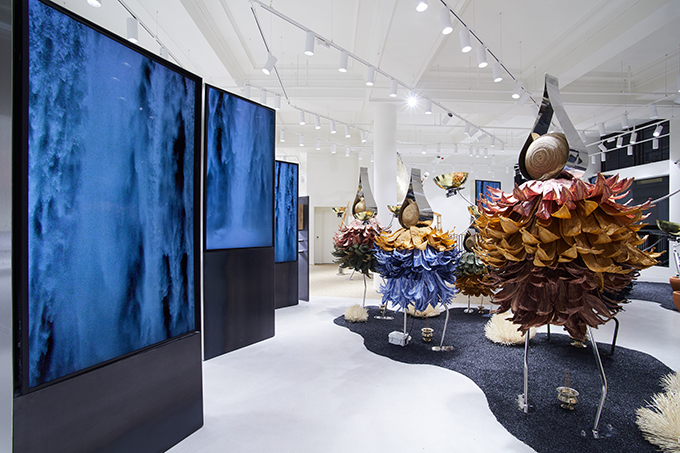 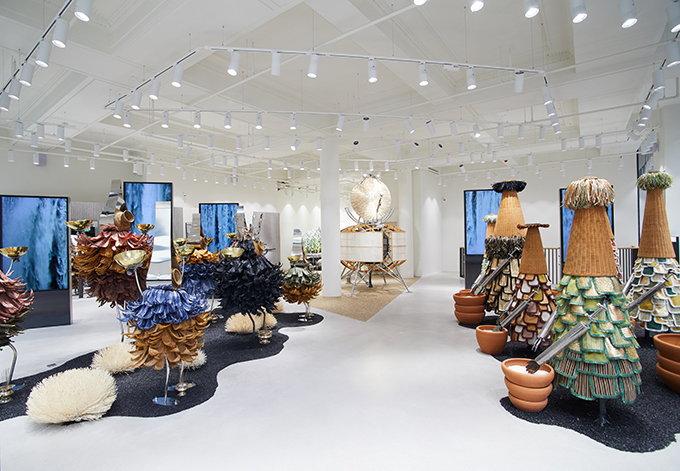 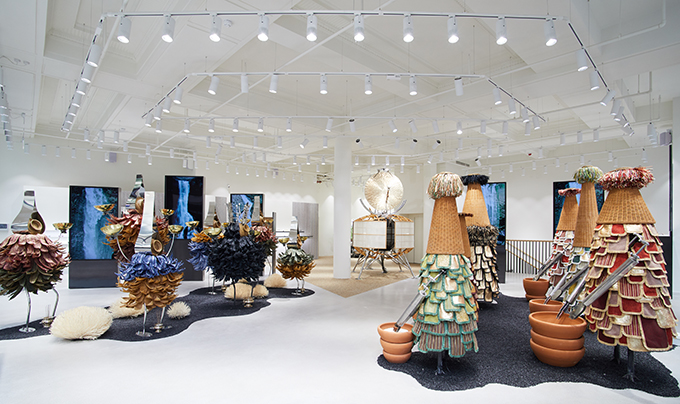 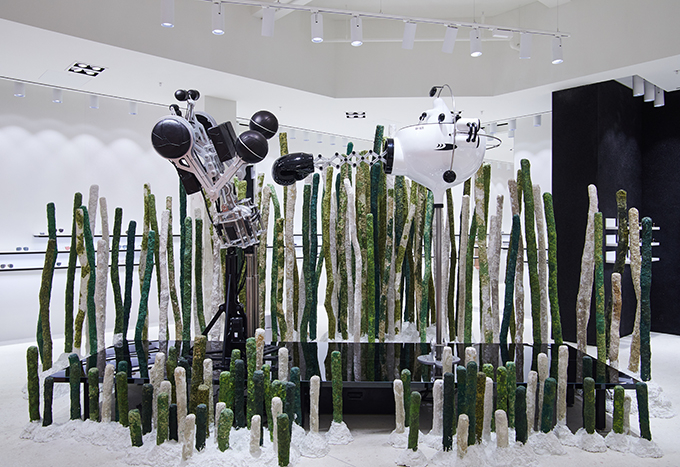 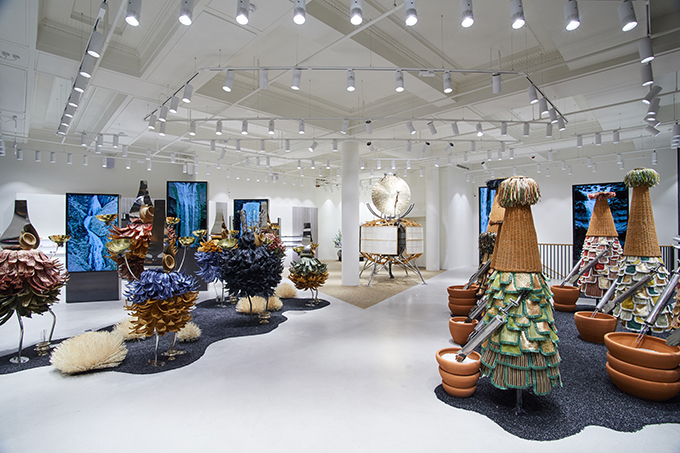 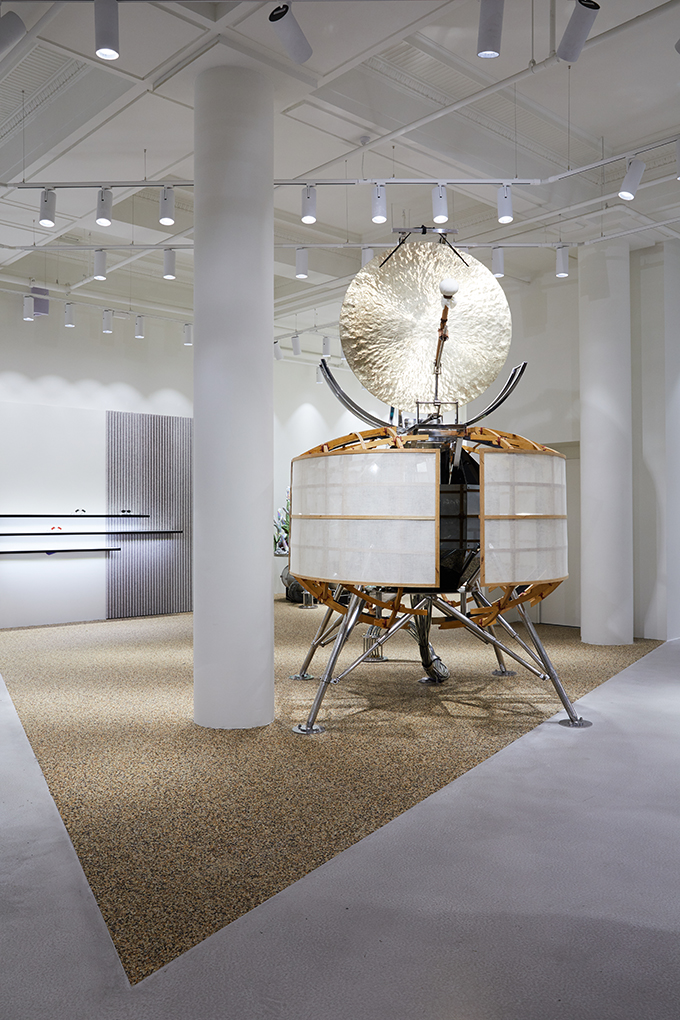 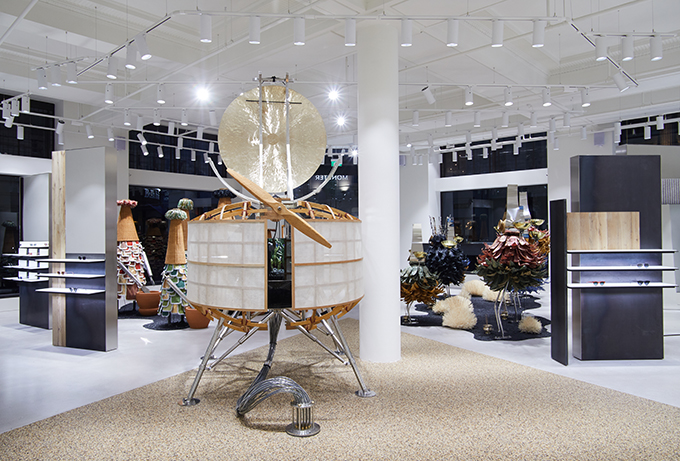 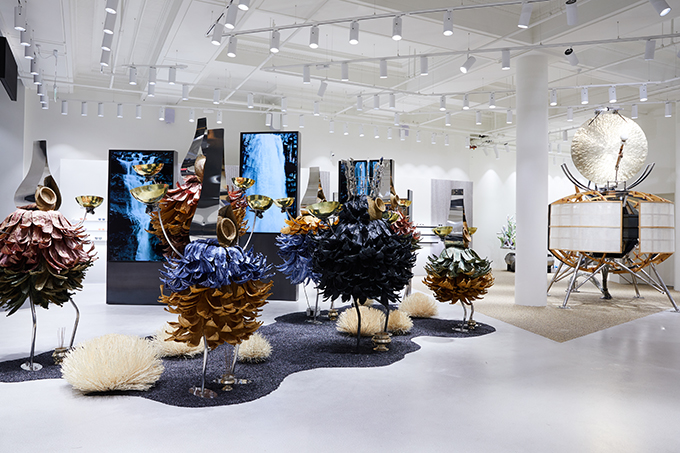 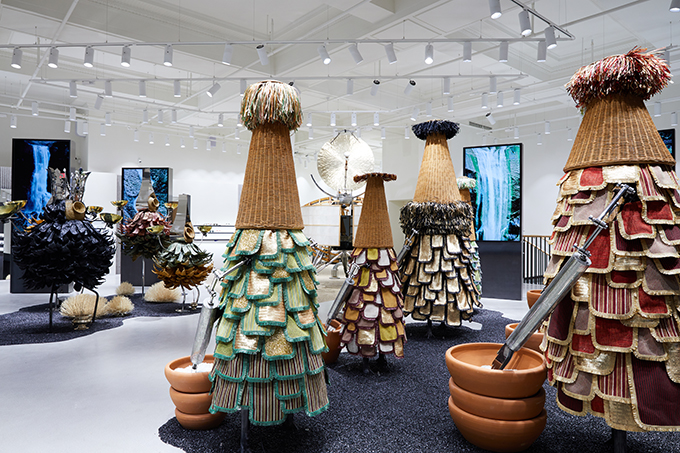 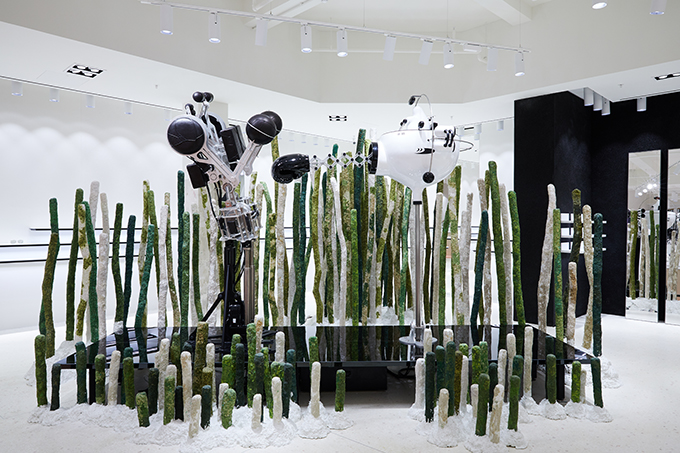 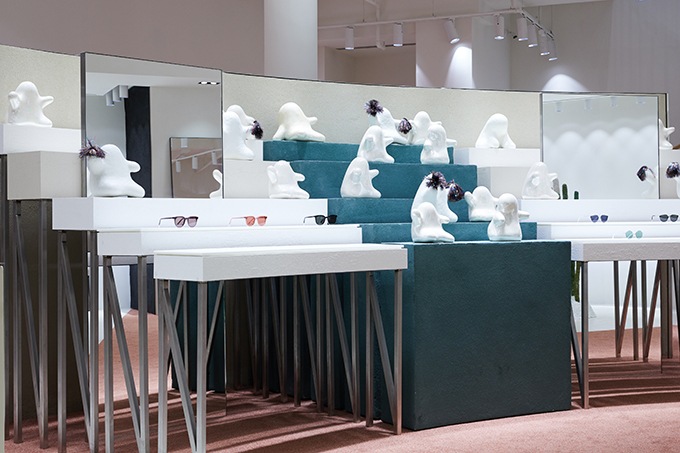 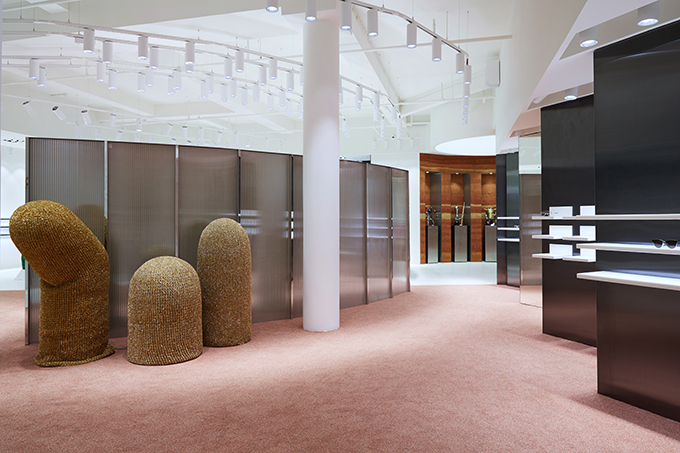 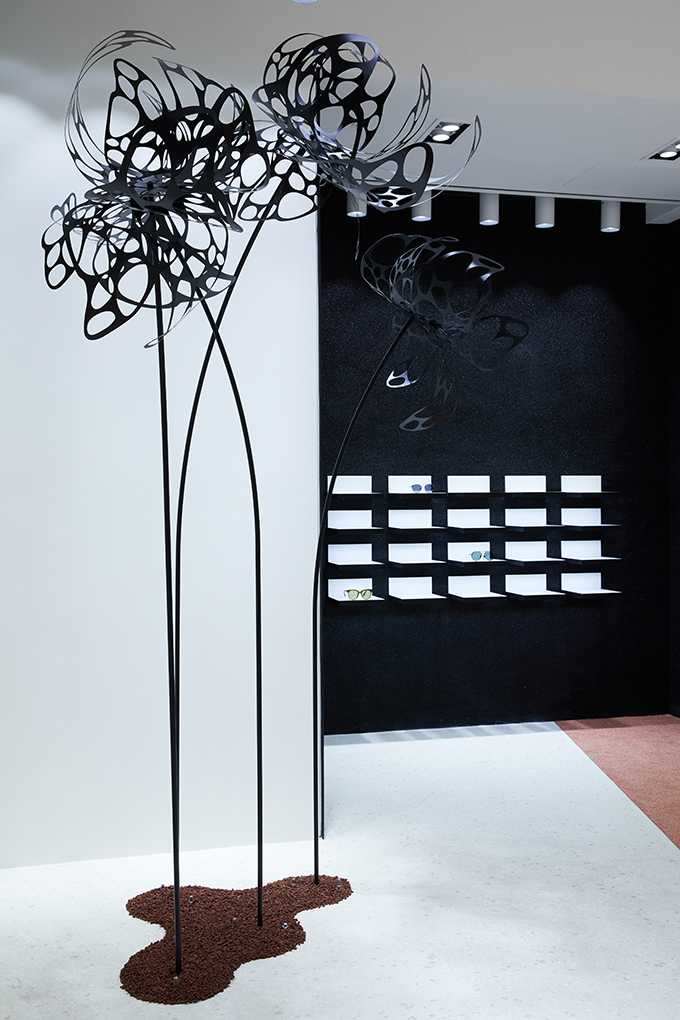 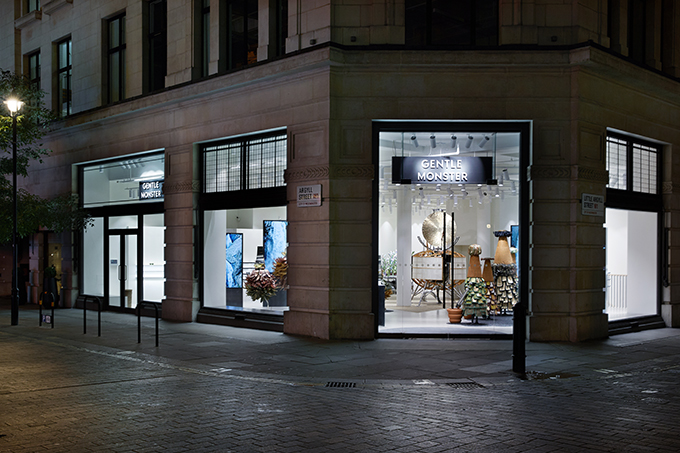 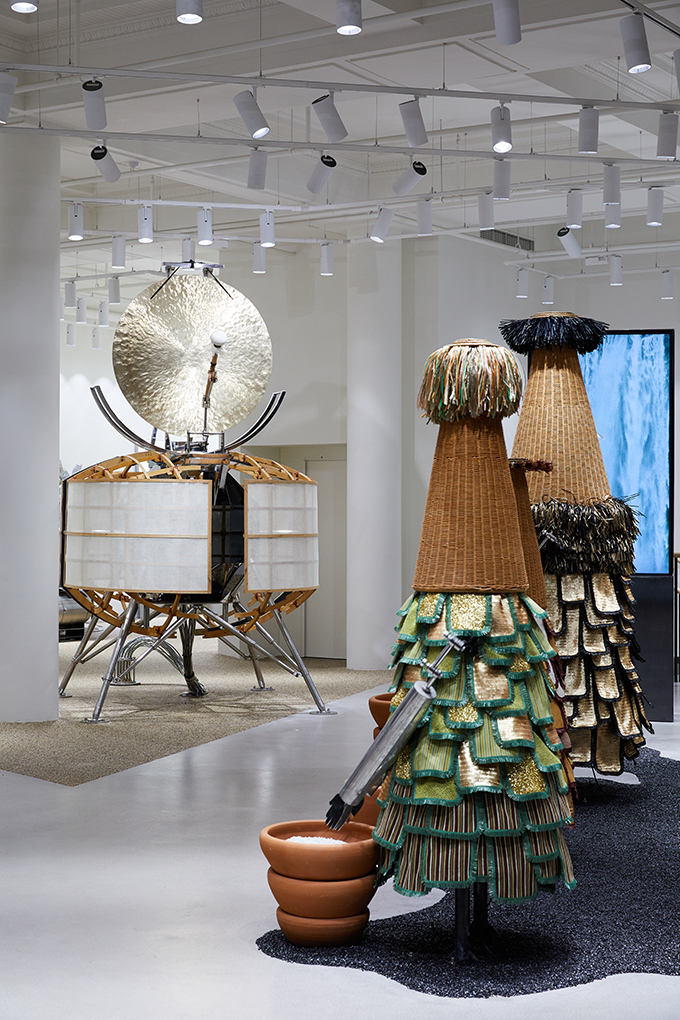 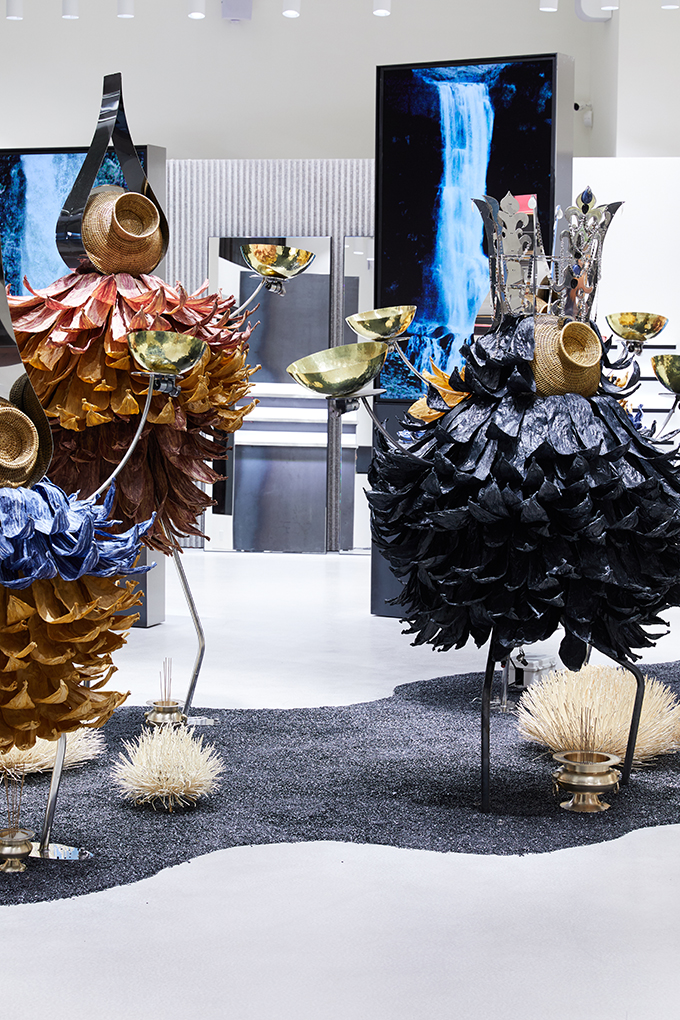 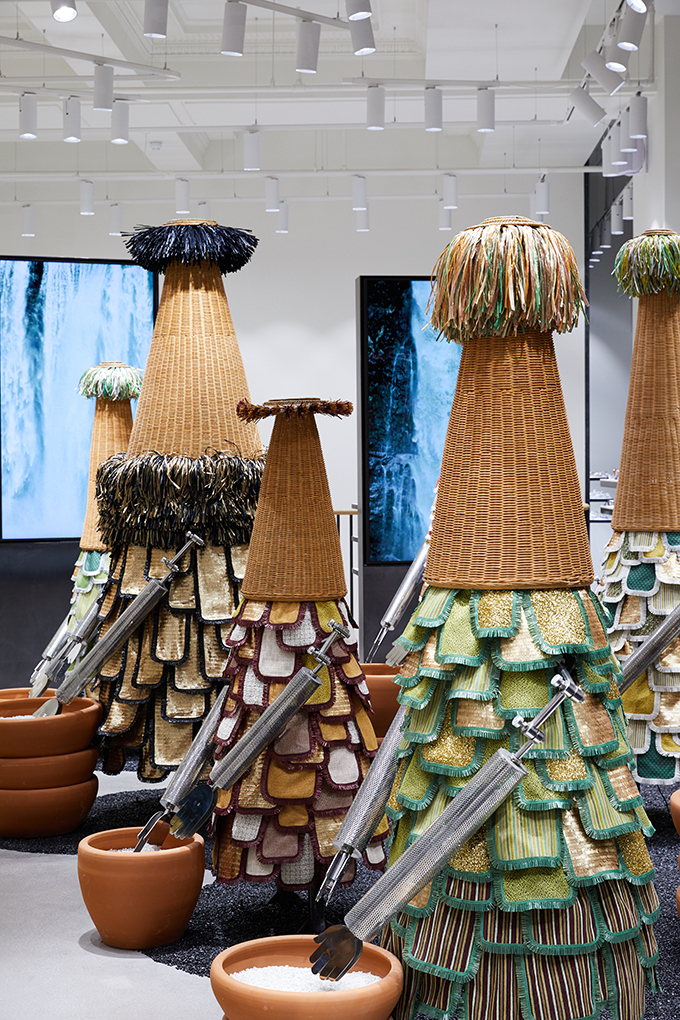 The store’s martial arts concept is captured over the two floors. Guests enter a KUNG FU training ground run by alien life as a sacred gong chimes in time with the alien’s regime, in which various practices of KUNG FU are reinterpreted.

The training ground is bordered with waterfall video installations, Ryoici Kurokawa ‘Octfalls’ (2011) has been re-edited in collaboration with Gentle Monster. The waterfall embodies serenity and the meditation that follows martial arts practice. The space is also filled with various plants which act as the energy source for the sacred gong.

This experience is heightened downstairs, where guests enter a KUNG FU battleground surrounded by a bamboo forest. This arena hosts the KUNG FU championship battles and also holds the champions hall of fame.

All images are courtesy of Gentle Monster 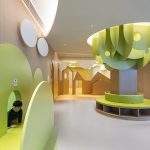 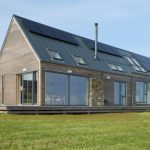