The PNC Financial Services Group, Inc., currently the sixth largest bank in the United States, is a leader in green design, currently possessing over 100 green buildings. PNC was an early adopter of sustainable design, opening its first green building in 2000. PNC and Gensler have recently announced plans to design and construct the world’s most environmentally friendly skyscraper at PNC’s headquarters in Pittsburgh, Pennsylvania. More information and images after the break.

Expected for completion in 2015, the approximately 40-story building will be home to PNC’s executive offices, housing 3,000 employees. Once completed, the Tower’s size, approximately 800,000 square feet, will make it the largest building in Pittsburgh. Contingent plans include roughly 300 underground parking spaces, street level retail, and green rooftops.

Optimizing the ecological characteristics of a site is a vital facet of green design, and the Tower will capitalize on its location and context to decrease the insistence of energy and water. The building will feature a double glass facade that will enhance energy efficiency by reducing cooling costs and allow natural airflow into the building. The tower will be positioned in such a way to take advantage of sunlight in workspaces, reducing the need for artificial light during the day. The design team is also currently exploring fuel cells, solar panels, geothermal systems, and other alternative power generation sources that will significantly reduce carbon emissions. Furthermore, the tower’s green rooftops will collect and channel rainwater for use in other parts of the structure.

Constructing the $400 million Tower will also contribute to the continued revitalization of the city of Pittsburgh, a one-time industrial hub of steel that has reinvented itself as a center for financial services, healthcare, technology, and education. Construction of the tower is scheduled to begin in the spring of 2012, creating 2,500 temporary construction jobs. Like Three PNC Plaza, which is one of the largest LEED-certified mixed use buildings in the United States, the Tower will be another important landmark in downtown Pittsburgh and embody the city’s dedication to sustainability and the future. 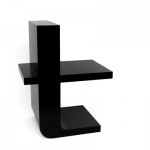 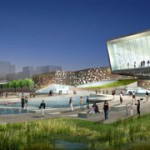