Atelier Pro Architects designed this contemporary office space located in Hague, Netherlands, in 2014. Take a look at the complete story below. The Prinsenhof is a metropolitan, multipurpose building located in het Beatrixkwartier, The Hague. Completed in 2005, this brick-clad complex is composed of a series of towers that house various functions for living, working and leisure. Ten years after completion, the original tenants left, relocated or downsized. Therefore the owner/client Bouwinvest and property manager CBRE commissioned atelier PRO to completely renovate one vacant office floor in Tower C in one season within a specified budget, to illustrate the possibilities of the space for potential new tenants.
Chalange
Clothing in old photographs often indicates what was fashionable at the time; similarly, the vacated offices also show how times have changed. The then-typical arrangement of corridors lined with small offices now mostly waste internal travel time for personnel. An outdated layout, with outdated finishes. Corridors with transparent partitions were covered with frosted film. ‘Inefficient’ open plan sections were definitely not permitted. Workspaces usually consisted of two- to four-person offices divided by flexible partitions, which ultimately remained fixed. For a potential tenant, it’s rather challenging to overlook the frosted film, worn patches in the multi-coloured carpet and old signage.
Maximising the spatial quality
To best capture the spatial quality of the vacant leasable floors, atelier PRO first organised the layout according to the clearest logistics, best orientation and most beautiful light. In line with the approach of Het Nieuwe Werken, (meaning New Ways of Working) the space is divided into different work and meeting areas. From having only conventional corridors lined with offices, the floor is transformed into a large, open space where more fluid work processes and a flexible work environment can be optimally facilitated. The choice of workspaces ranges from a lounge to boardroom, from multipurpose presentation rooms to quiet workspaces, and everything in between. Conventional office units with tables for a maximum of 6 staff are replaced by hot desks for making phone calls, holding informal meetings or taking short breaks. Alongside workspaces, the floor also accommodates a meeting zone with a reception, waiting lounge, lunch area and kitchen.
Four interior styles
The style of the interior follows the planning. Which atmosphere should be conveyed to potential tenants? In consultation with CBRE and Bouwinvest, atelier PRO conducted research into the aesthetic that would best fit the target group. Four different styles were designed to inspire tenants, of which one was realised. These styles are visualised in rendered interior perspectives displayed on four large panels – each panel shows the same view/layout rendered in a different style. The four styles are:
– Icy White
– Industrial Brut
– Italian Chic
– Simply Scandinavian: this style was realised for the display office floor.
Added value
Additionally, atelier PRO styled the interior to deliver a complete vision. A set lunch table, fully operational kitchen, indoor plants, art and interior accessories give visitors the impression that they could move in right away. During the construction process, interested parties such as existing tenants from other floors already visited to see the change. This generates the right buzz. In the coming period, events will be held on the display office floor. This ensures the PR value for the investment. Even the clients and their team have decided to work in the office seated behind the new office desks with their laptops until the floor is leased.
Display office floor
The aim of the transformation was to create a ‘display office floor’ to demonstrate how a modern company could occupy this new space in a contemporary way. In short: project-specific customisation. The project involved:
– Demolition and removal of the old layout and interior
– Constructional renovation of the entire floor
– Completely new interior designed right down to the smallest detail.
Renovation within a limited budget
For this project, atelier PRO collaborated with a contractor/ supplier of partitions. Construction works were prioritised to maximise the limited budget. In this way, the ceiling is repaired instead of being completely renovated. Installations for heating, lighting, ventilation, fireproofing, electricity and data are adapted where necessary for safety and aesthetics according to the new interior design. After the old interior was demolished, the floor was completely levelled.
Atelier PRO started the redesign of this 1050m2 space in June 2014. The project took four months to complete. 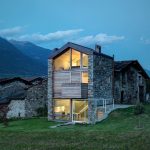 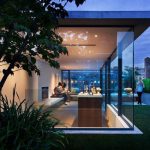