Dongdaemun Design Plaza is a work of brilliant Zaha Hadid and her team of architects. The DDP has been designed as a cultural hub at the centre of Dongdaemun, an historic district of Seoul that is now renowned for its 24-hour shopping and cafes. DDP is a place for people of all ages. The DDP has been designed as a cultural hub at the centre of Dongdaemun, an historic district of Seoul that is now renowned for its 24-hour shopping and cafes. DDP is a place for people of all ages; a catalyst for the instigation and exchange of ideas and for new technologies and media to be explored. The variety of public spaces within DDP include Exhibition Halls, Convention Halls, Design Museum, Lab and Archives, Children’s Education Centre, Media Centre, Seminar Rooms and Sky Lounge; enabling DDP to present the widest diversity of exhibitions and events that feed the cultural vitality of the city. The DDP is an architectural landscape that revolves around the ancient city wall and cultural artefacts discovered during archaeological excavations preceding DDP’s construction. These historic features form the central element of DDP’s composition; linking the park, plaza and city together.

The design is the very specific result of how the context, local culture, programmatic requirements and innovative engineering come together – allowing the architecture, city and landscape to combine in both form and spatial experience – creating a whole new civic space for the city. The DDP Park is a place for leisure, relaxation and refuge – a new green oasis within the busy urban surroundings of Dongdaemun. The design integrates the park and plaza seamlessly as one, blurring the boundary between architecture and nature in a continuous, fluid landscape. Voids in the park’s surface give visitors glimpses into the innovative world of design below, making the DDP an important link between the city’s contemporary culture, emerging nature and history.

The 30,000 square meter park reinterprets the spatial concepts of traditional Korean garden design: layering, horizontality, blurring the relationship between the interior and the exterior – with no single feature dominating the perspective. This approach is further informed by historic local painting traditions that depict grand visions of the ever-changing aspects of nature. DDP encourages many contributions and innovations to feed into each other; engaging the community and allowing talents and ideas to flourish. In combination with the city’s exciting public cultural programs, DDP is an investment in the education and inspiration of future generations. DDP’s design and construction sets many new standards of innovation. DDP is the first public project in Korea to implement advanced 3-dimensional digital construction services that ensure the highest quality and cost controls. These include 3-dimensional Building Information Modelling (BIM) for construction management and engineering coordination, enabling the design process to adapt with the evolving client brief and integrate all engineering requirements. These innovations have enabled the team building DDP to control the construction with much greater precision than conventional processes and improve efficiencies. Implementing such construction technologies make DDP one of Korea’s most innovative and technological advanced constructions to date.

DDP opened to the public on 21 March 2014 by hosting Seoul Fashion Week. DDP will also host five separate design and art exhibitions featuring works by modern designers as well as the prized collection of traditional Korean art of the Kansong Art Museum. 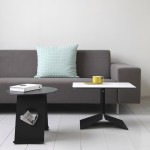 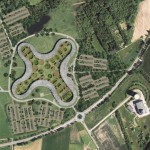