ARCHITECTON architects design proposal for the Port of Kinmen Passenger Service Center located in Kinmen. ARCHITECTON 's proposal was named "The country to country Gate". “The country to country Gate” is a symbol of integration of a great nation. The outline of the architectural volume is easily read as the ancient hieroglyph standing for “together”. A simple and powerful image represented in monumental form will become a landmark, a true national gateway symbolizing hospitality and friendship. The Philosophy behind the architectural solution

In classical Chinese architecture a Gate does not only divide space or mark the place of transition, but also unites the different dimensions that lie on each side of the gate, integrating them into a harmonious whole. It is by no means incidental that the calligraphy of the hieroglyph ____ (meaning “together”, “union”, “cooperation”) is so like a classical gate. The great cause of bringing the two countries closer together, overcoming the errors of the past, the search for cooperation opportunities – all these ideas inspired us to create this project.
“The country to country Gate” is a symbol of integration of a great nation. The outline of the architectural volume is easily read as the ancient hieroglyph standing for “together”. A simple and powerful image represented in monumental form will become a landmark, a true national gateway symbolizing hospitality and friendship. The fact that a deep philosophical meaning is attached to the design of the Passenger Service Centre does not reduce its practical and functional efficiency. After a careful study of the surrounding urban context we are offering a solution that meets all the functional requirements of the Passenger Service Centre and integrates seamlessly with the development concept of the growing port.
The “green architecture” aspect is represented in our project by an enormous terraced park complex which connects the park esplanade in front of the Centre and the terraced park on the Centre’s roof. This solution allowed us to create a large recreation zone, accessible for citizens and for passengers, and separated from vehicle traffic. The building of the Centre does not block the panorama of the sea from the city, but instead creates a grandioso “portal” or “frame”, which organizes the panorama – a sea view from one side and a city view from the other. A distinct differentiation of functional levels provides an efficient mechanism of flexibility, allowing to achieve complete isolation or integration of the Centre’s functions.
Level 1 (ground level): car parking under the building; entrance to the ferry for cars Level 2: passenger arrivals;
Level 3: passenger departures;
Levels 4 and 5: park, entertainment, trade, restaurants.
Levels 6 ,7, 8: floating 100 meters above the ground. A horizontal skyscraper that houses panoramic restaurants, trade, entertainment, a skydeck for admiring the sea and the city and the main Vessel Traffic Centre.
The planning concept offered in this project uses the park esplanade to divide the Centre into two distinct zones (domestic and international passengers) with a trade and commerce zone in between. The integrity of the Centre’s composition is in no way affected by this division. The terraced park esplanade, connected with the park on the roof of the Centre, can easily accommodate a vast multi-level car parking under the allocated parking spaces on the surface. This space can also be used to hide the guest parking of the trade centers, malls, convention and exhibition centre and business hotel. The composition of the project will allow to expand and develop the complex from both sides without damaging the initial image.
The architectural solution that we are offering obviously needs further detailed design development; however, the vision behind our concept creates an impressive image of a new era of cooperation and integration, and the project can become a starting point in the new history of the Chinese nation. 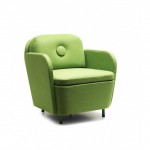