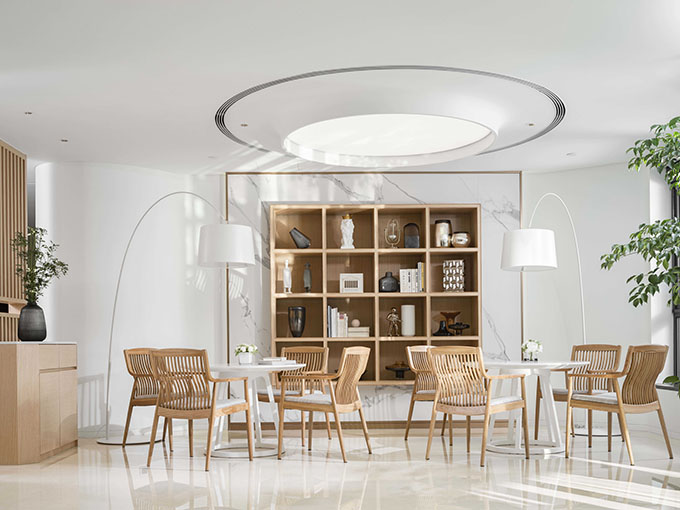 AFFD Space Design Firm designed this stunning medical center located in Beijing, China, in 2018. Take a look at the complete story after the jump. 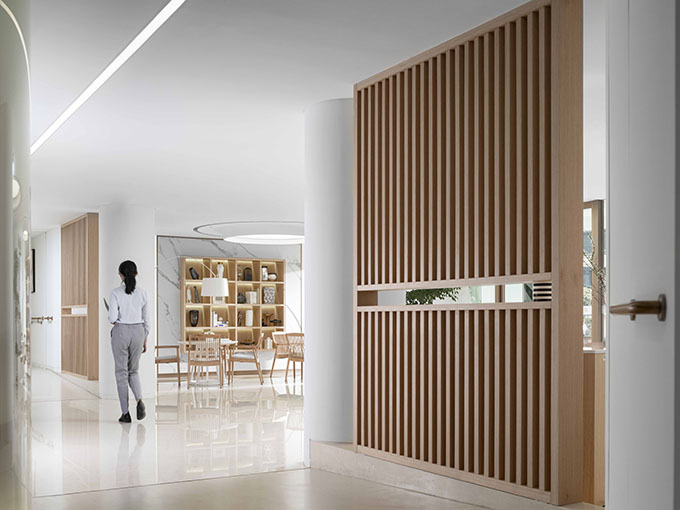 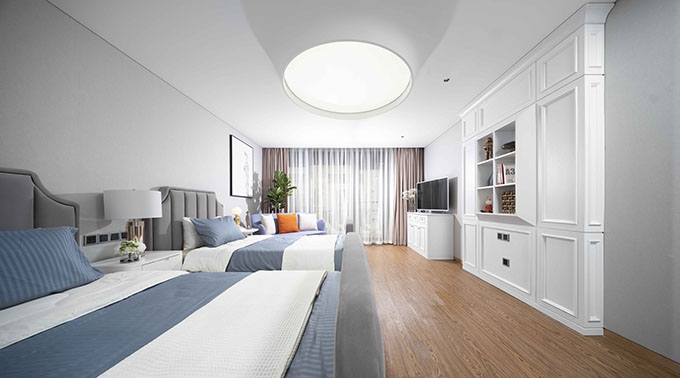 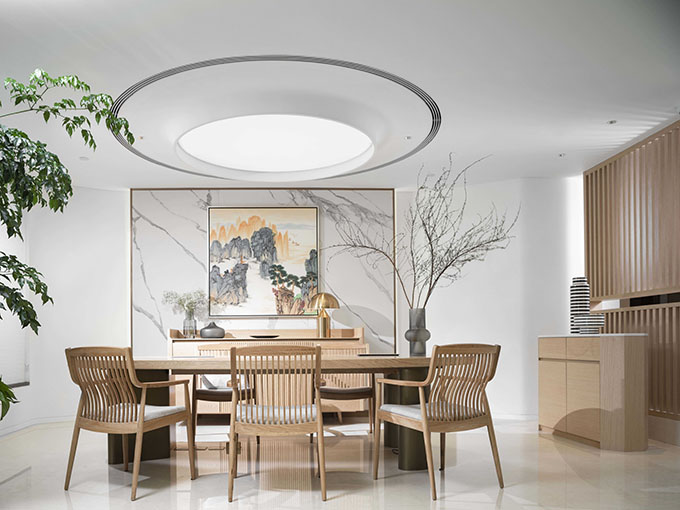 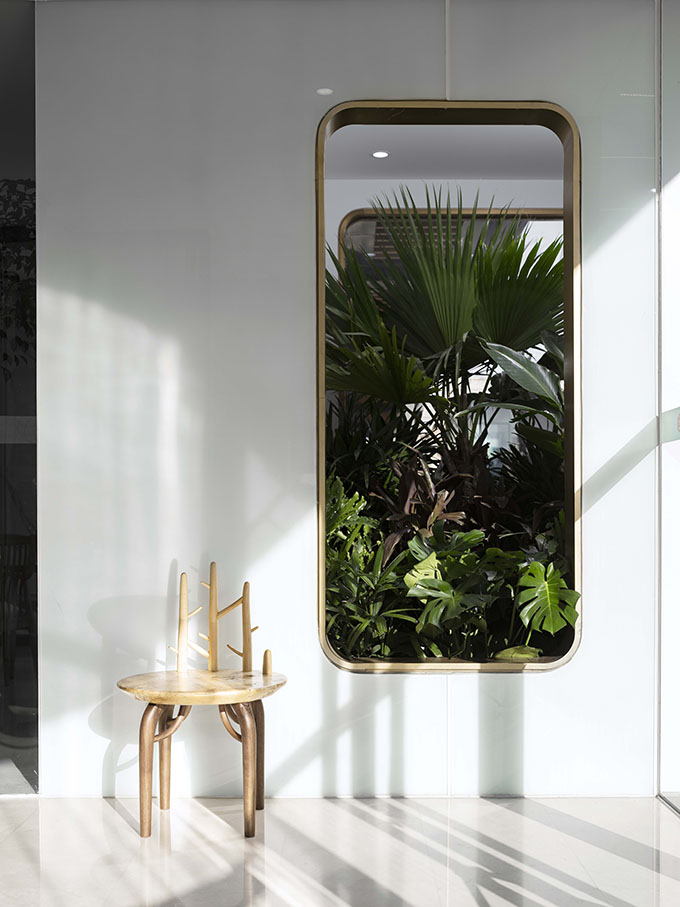 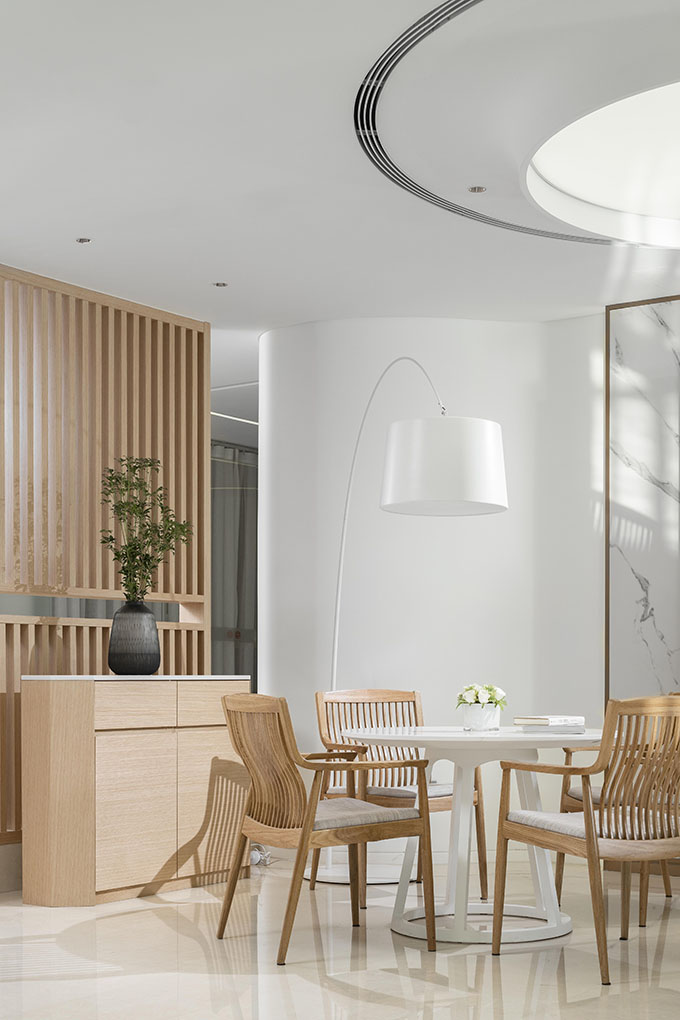 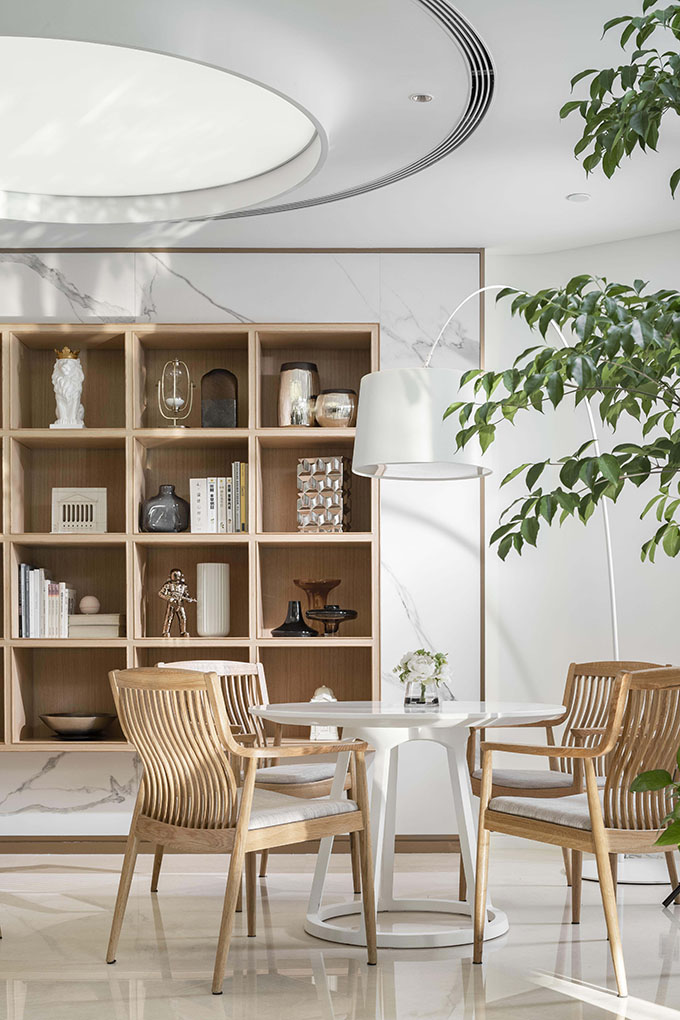 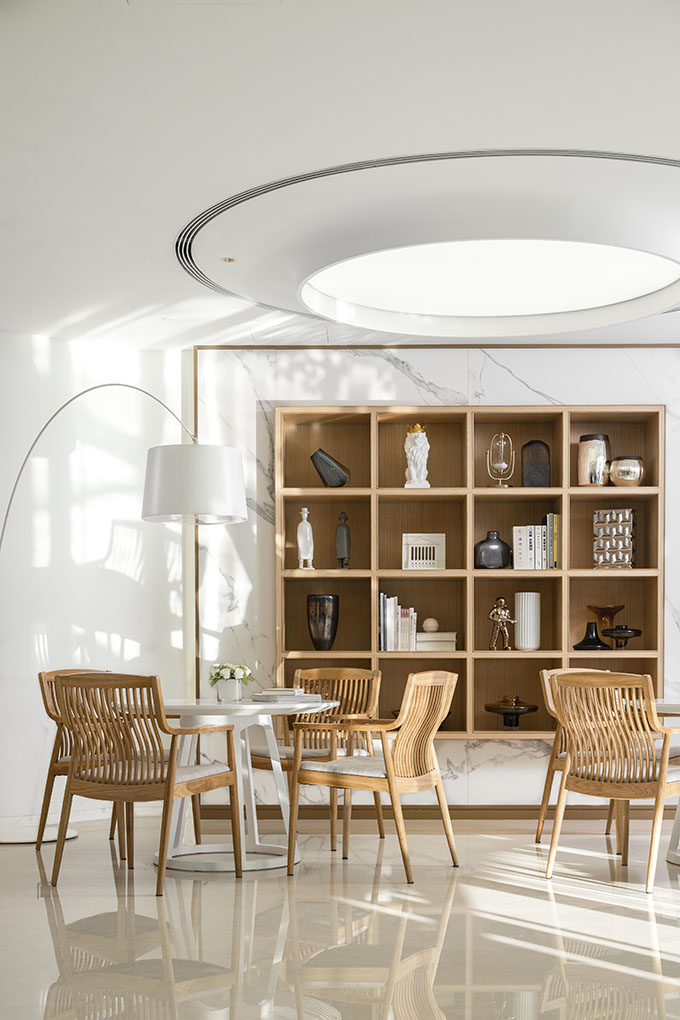 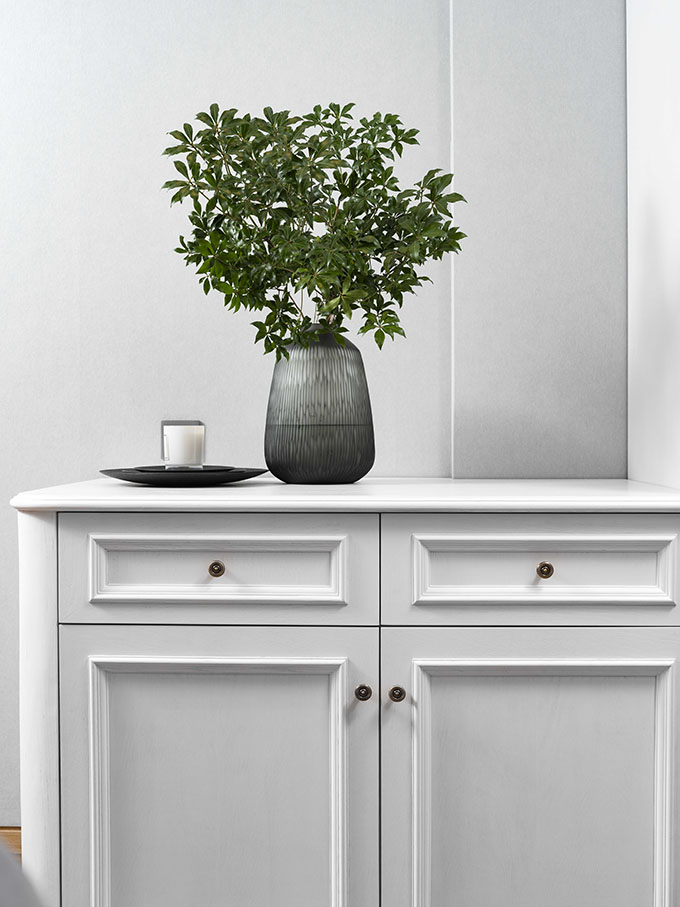 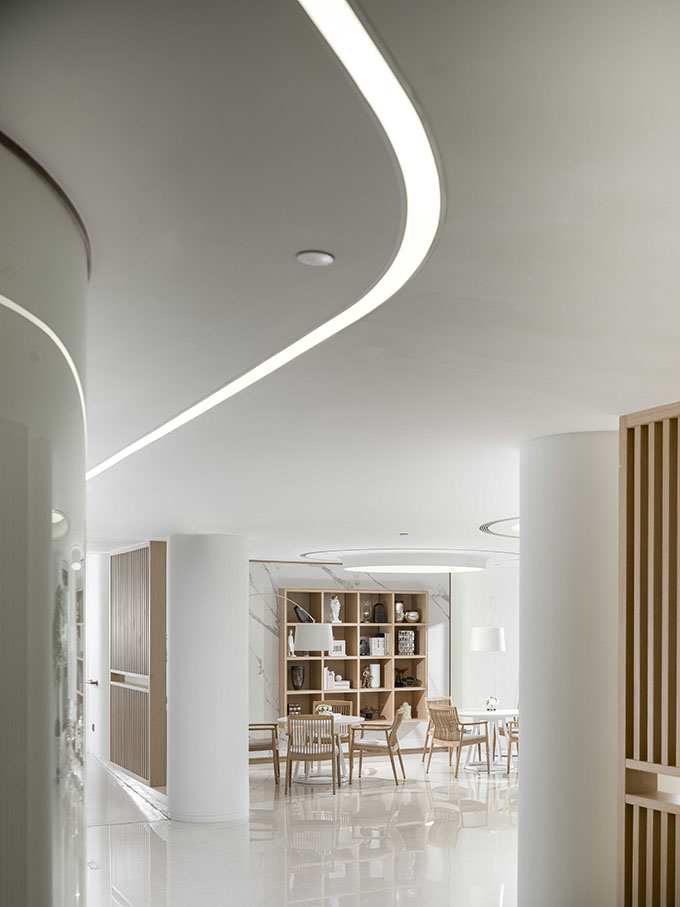 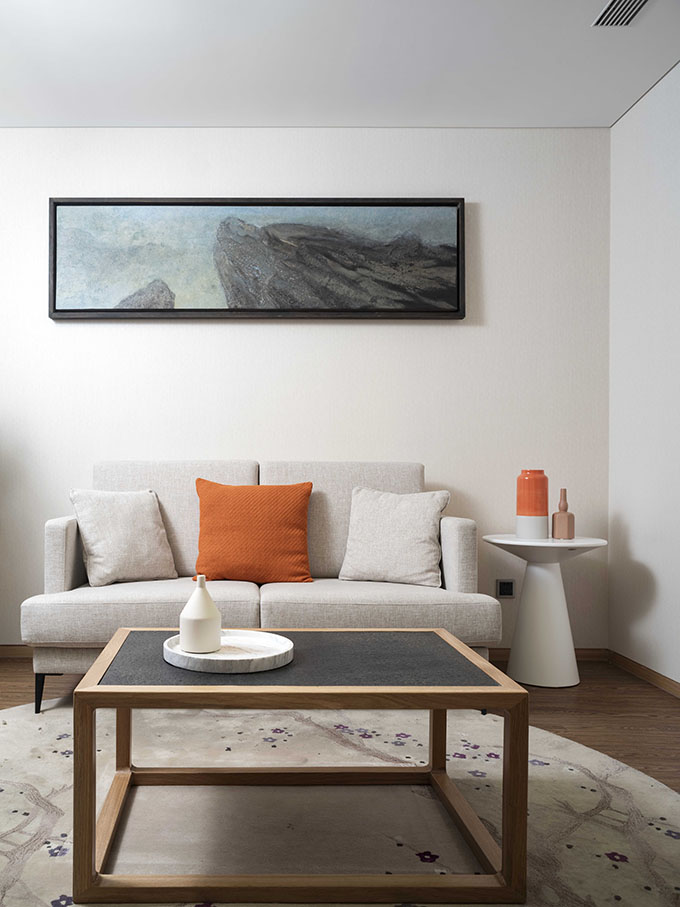 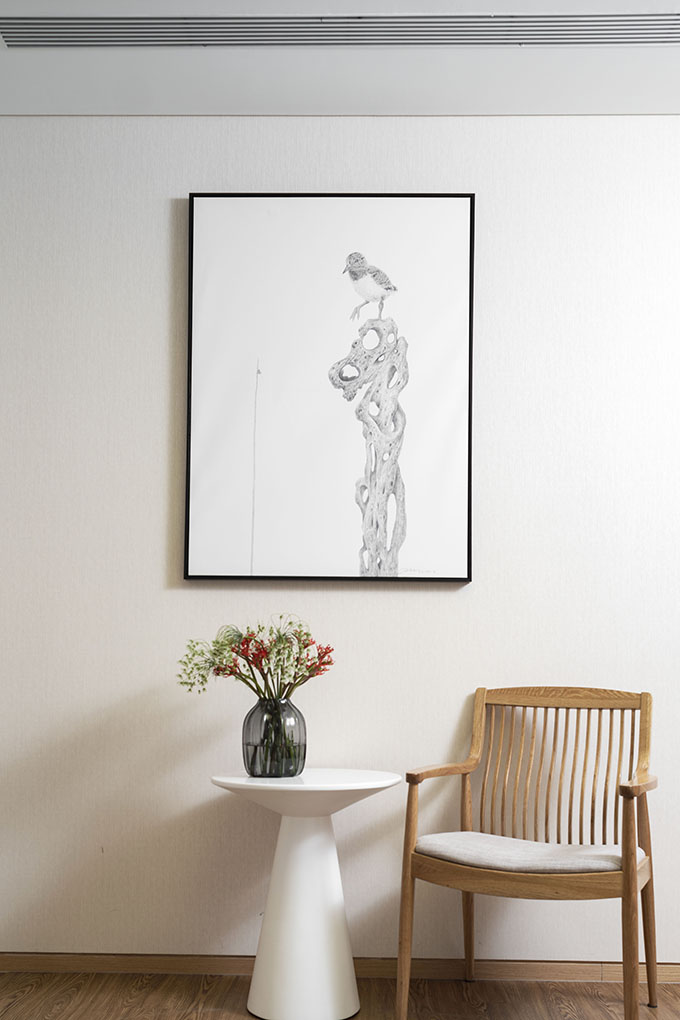 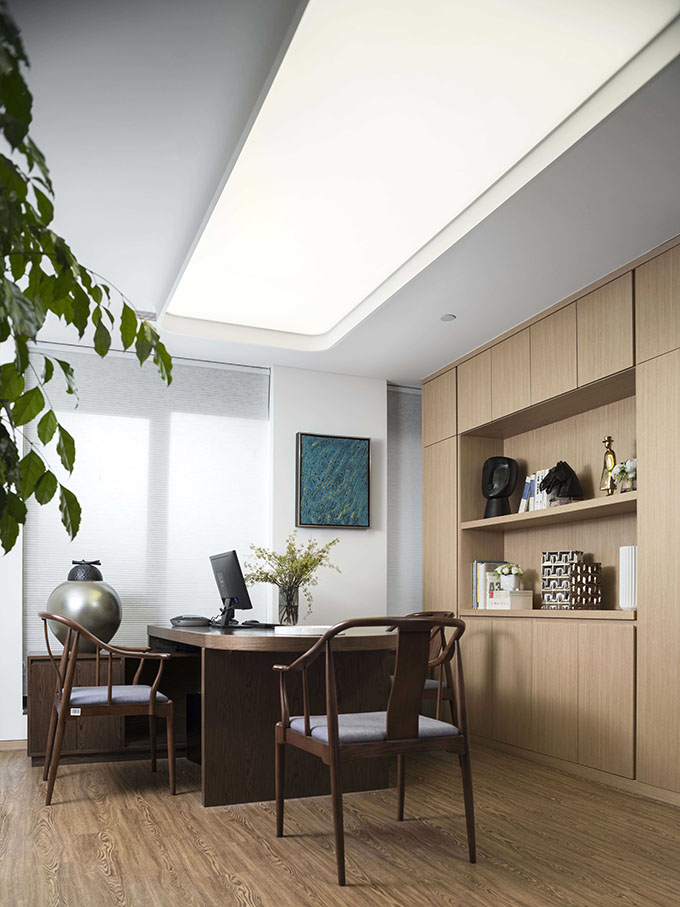 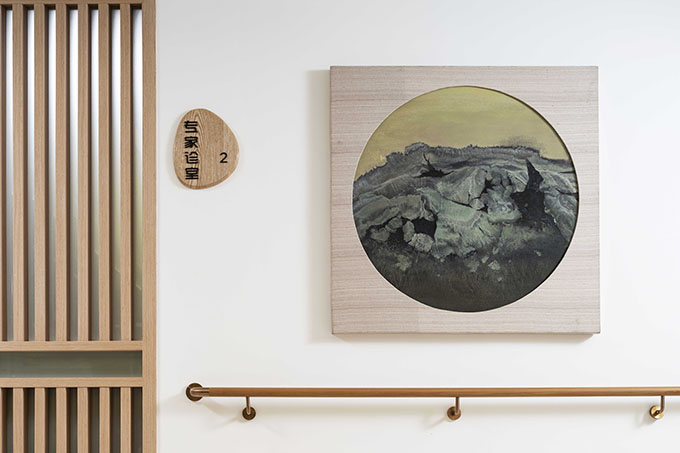 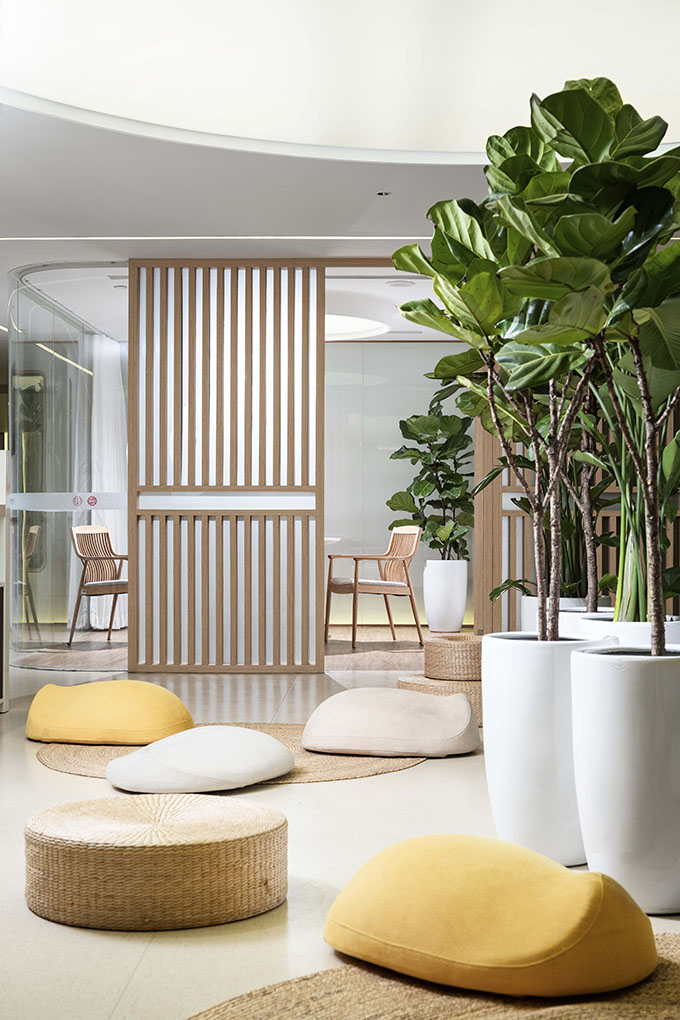 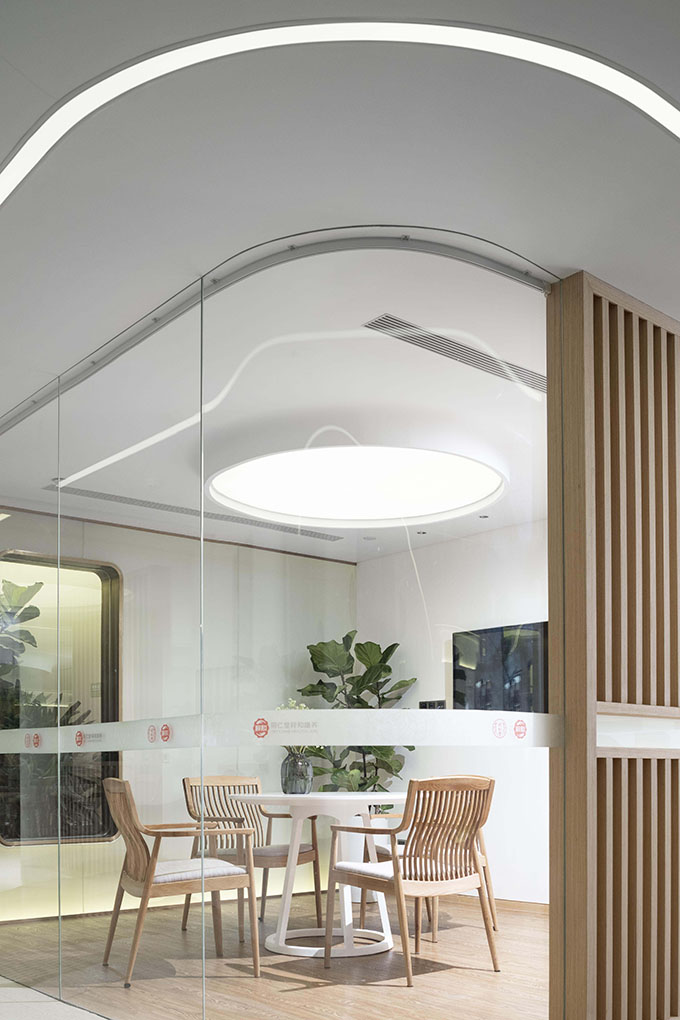 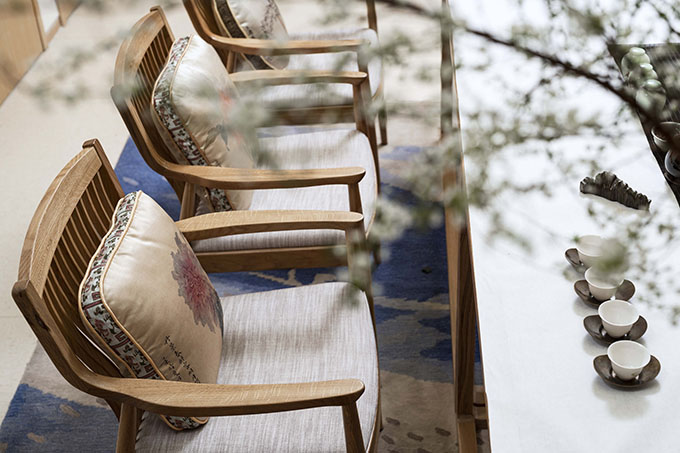 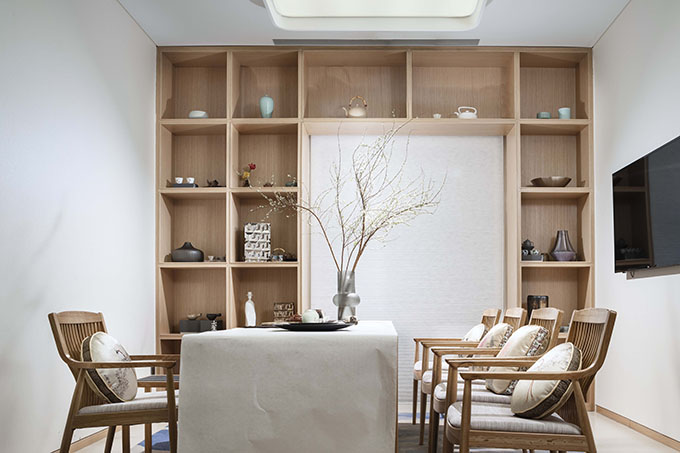 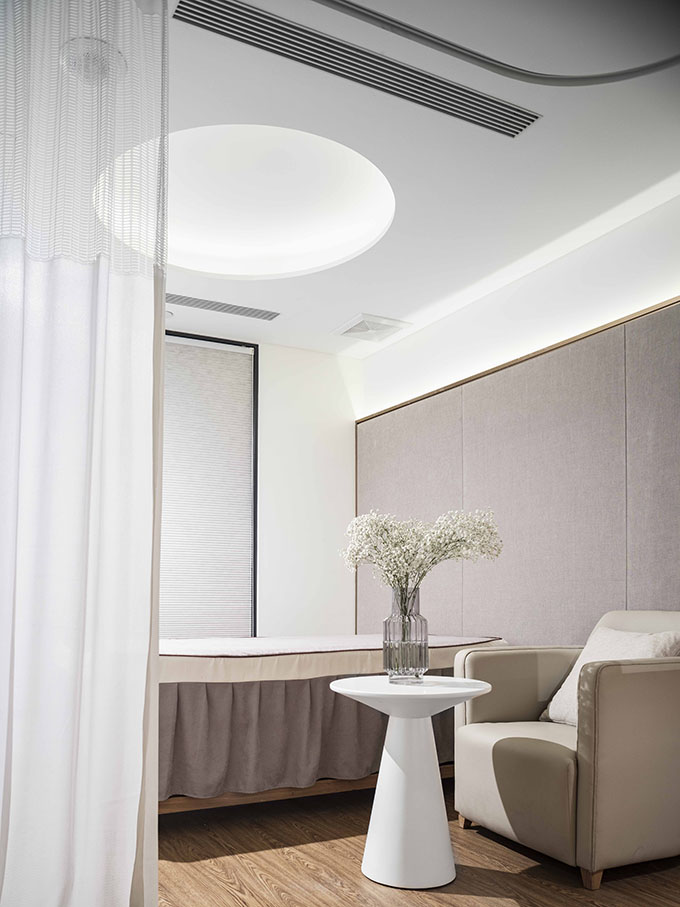 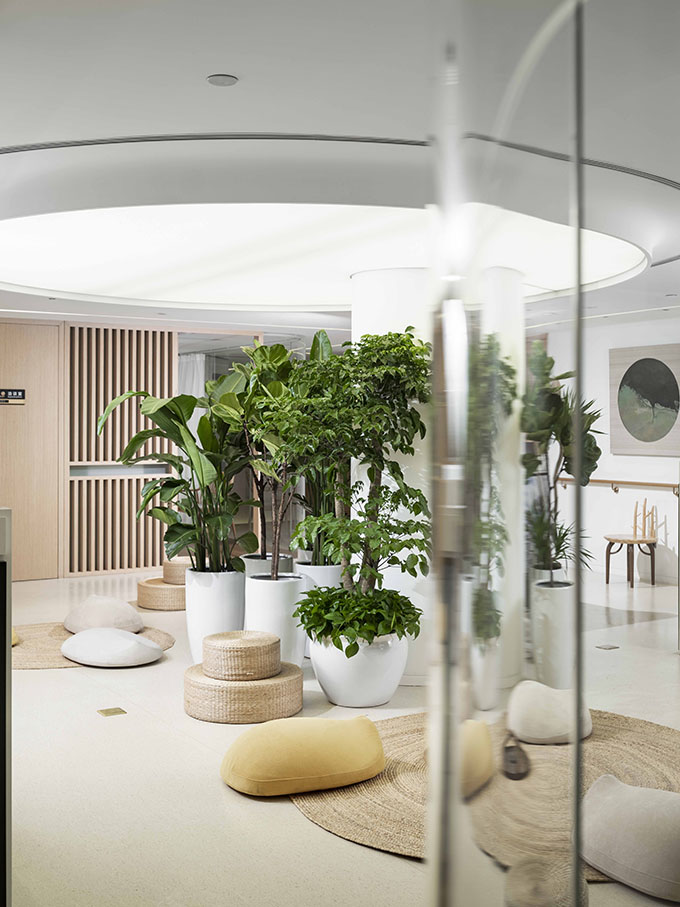 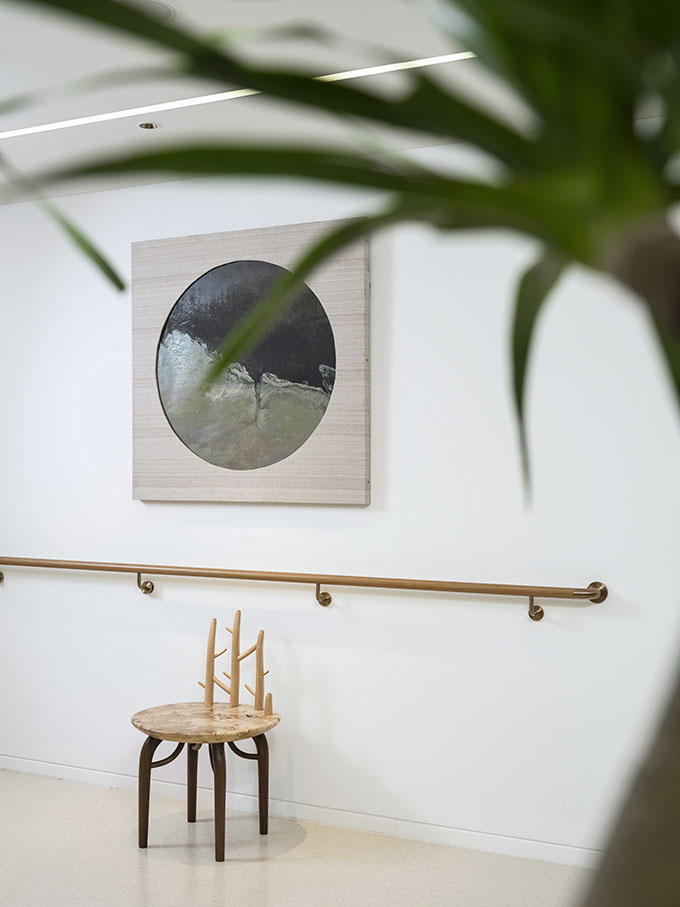 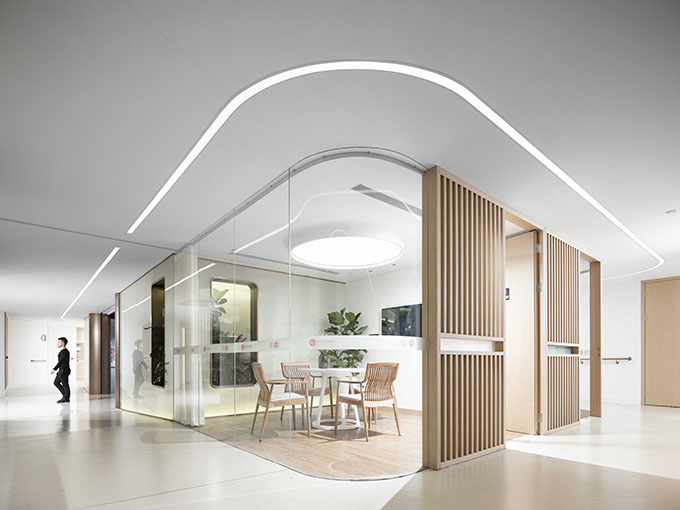 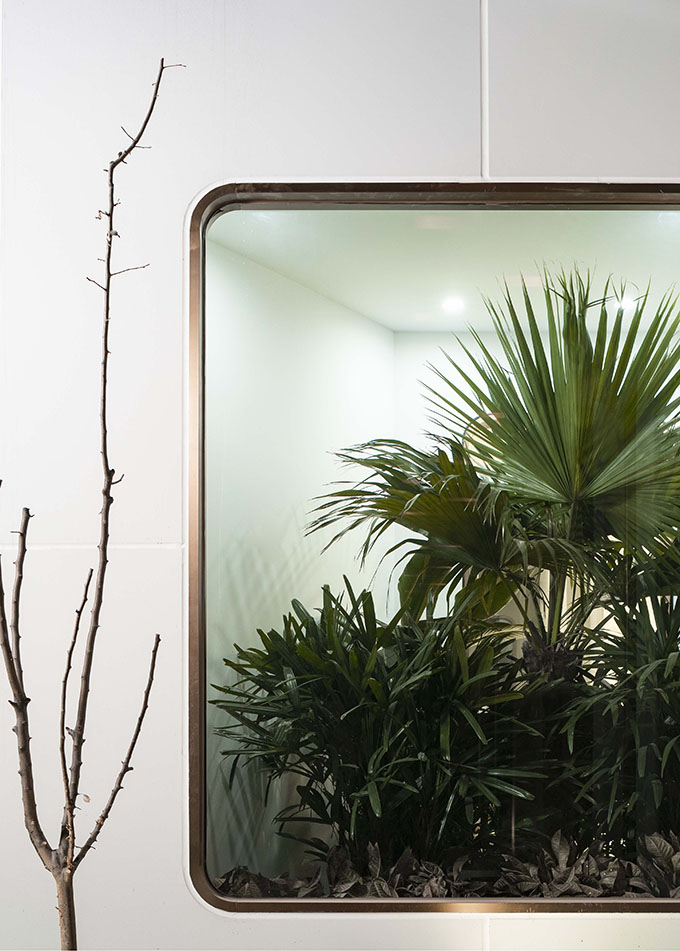 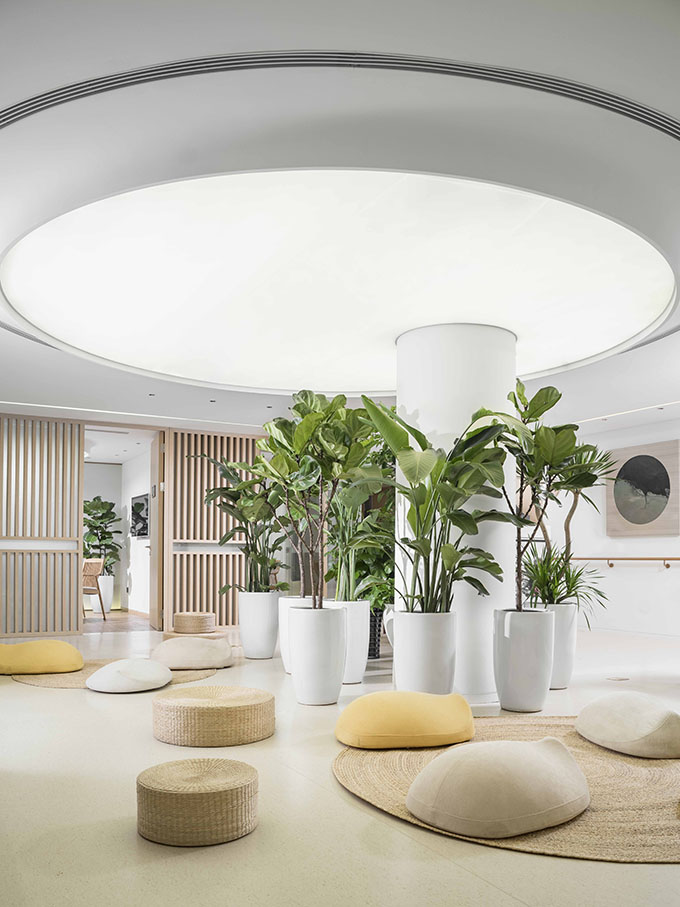 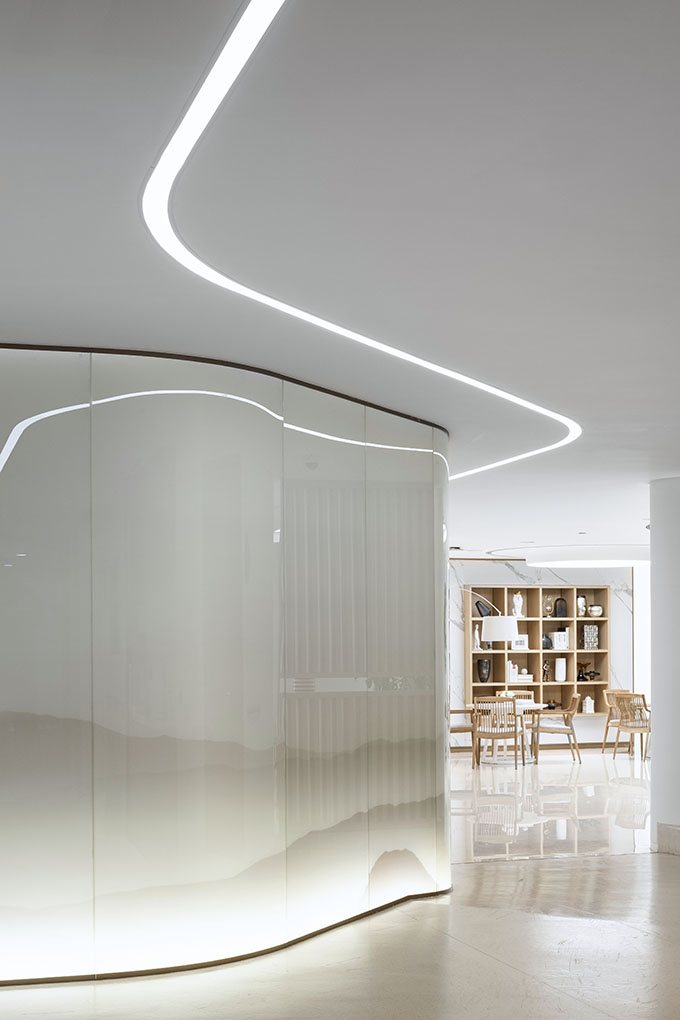 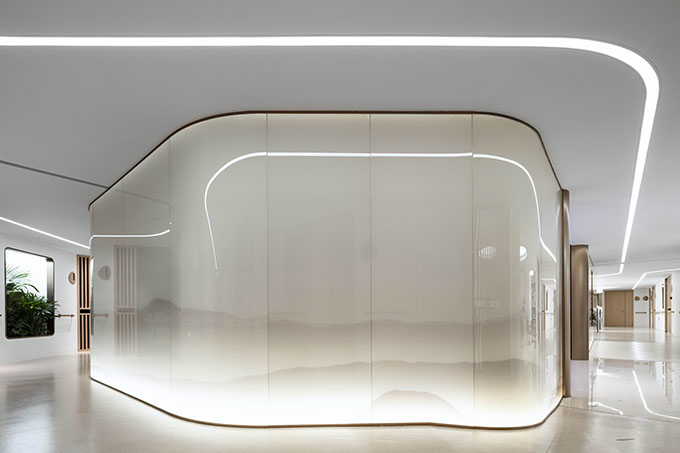 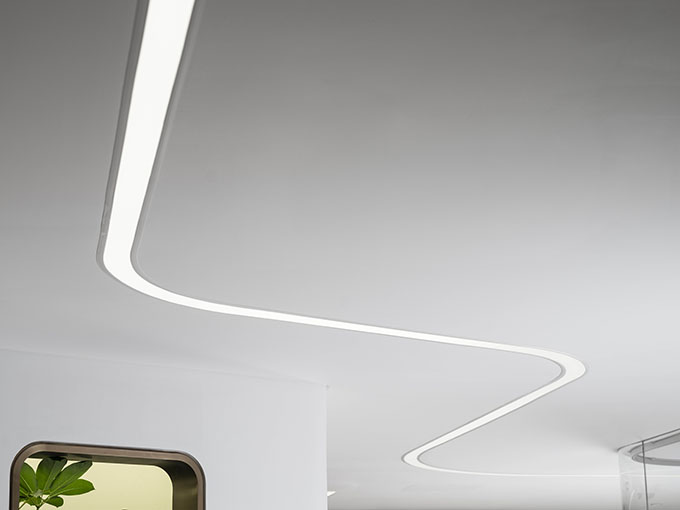 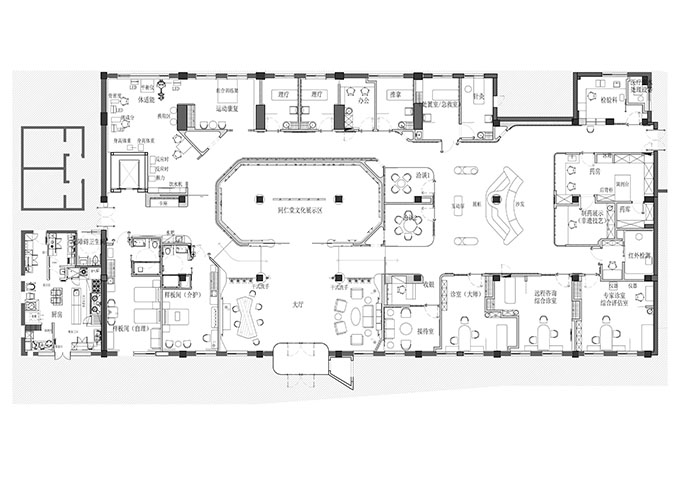 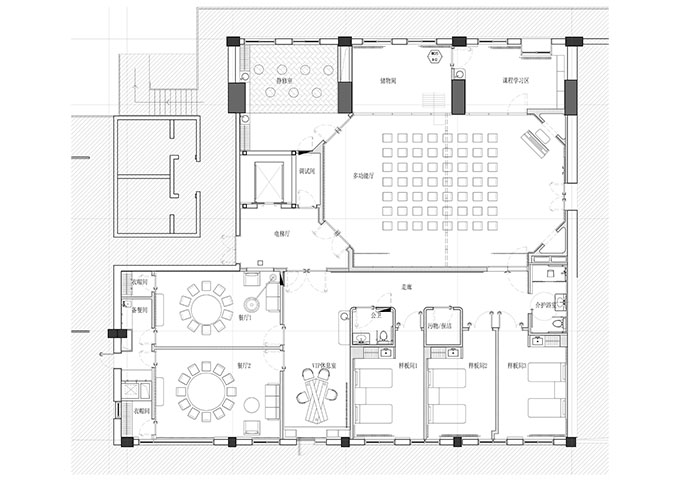 From the architects: A good space resembles a slowly opened book, with its colorful plot, intriguing story, and layers of changes. It generates an unknown environment which not connected to individual consciousness, cultural standard, and personal experience. It is delicate and subtle, yet users would be able to echo its sentiment.

Upon stepping into the space, the arch is built into a circle. Three quarters were outside, while the last quarter remains indoor. They not only echo respond to each other, but also embrace new visitors.

Traditional Chinese culture of circle originated from sentiment for “roundness”. Both Confucianism and Taoism focus on philosophy of circle and the concept of yin-yang. The concept resonates with nature, and extends beyond it, thus becoming “the true freedom” people pursue aesthetically.

TRT’s demonstration zone of the experience center lies right across the entrance. Its open space creates an uniquely ritualistic sensation. Three circles on the ceiling are embedded in each other. The middle circle sinks in, while circles on both sides protrude. The circles echo concept from traditional culture, and a Chinese proverb, “three suns create fortune.”

The lobby is bright, with naturalistic wooden brown and white as the main color tone of the space. Color tones of both Pale marble and pure wood mix with each other and becomes an elegant combination.

All lines within the space are curves, such as LED strip and wall. In terms of sensation, round curves and soft shape dissolve the indifference between people, creating an intimate and trusting life. The establishment thus turns into a nurturing space, and such space generates emotions.

The creation of light and shadow constitutes materialistic and spiritual presentations of space art. Both Corbusier’s concept of “architecture is an amusing game under light” and Louis Kahn’s idea of “designing space means designing lighting” lively portray the connection between lighting and space.

The designer is highly creative toward application of lighting in space. Broad lights are installed everywhere. The mild but bright lightings has prevented direct lights. Arched LED belts echo such design along the wall, making the space more wholesome.

Each space contains its own unique rhythm. The designer is not limited to certain style. He instead removes specific stylization, adapting versatile natural changes, making such lighting moments eternal.

While stepping into cultural exhibition zone of TRT, the subtle change of colors amid surrounding greenness conjure up the its own life, granting the space a lively sense of romance.

Space is a vehicle for light and color, and the combination of designer’s logic, sentiment, and craft. Colors and lights repeatedly interchange, as if their combination were a beautiful symphony, or a poem devoted to nature.

Chinese medication focuses on eradicating foulness, and balancing the rightness. The designer uses three offices which face sun as the studio for the famed Chinese medicine practitioner. For the other side, the designer divides the space in accords to different functions, making reasonable space distribution.

Lighting creates a sense of motion in the space, while cultural decorations bring quietness to it. Every shadow from various windows has formed layers of artistic sentiments.

The initially narrow entrance leads to a wide hall. A fine design is unpredictable, yet still formed by logic. The changes in the space enhance and enrich the serenity of the design, granting it sense of motion and visual aesthetic.

The scenery of mountains gives forth a sense of living harmony, which is also the most important element in Chinese philosophy. The designer injects such sentiment into the space, crafting a poetic space which contains both elegance and spirit.