Serena Confalonieri has designed the ‘Città Studi’ mural for the initiative “A name in every neighborhood”, conceived and promoted by YesMilano and the Municipality of Milan – Office for Art in Public Spaces and supported by Fondazione di Comunità Milano (Community Foundation of Milan). The project is part of a wider one –  the Neighborhood by neighborhood campaign, conceived by Milano & partners for the rediscovery and enhancement of the different neighborhoods of Milan.

The graphic design by Serena Confalonieri was painted during the week of 12th of July 2021 by Orticanoodles, a Milanese collective of muralists that also curated the project. The mural is located in via Bassini 26, in the north-eastern area of ​​the city, and it occupies the eastern façade of AVIS headquarters (the Italian Association of blood donors) and its enclosure walls. Part of the artwork is dedicated to this association, with the goal of raising awareness among the population on the issue of blood donation. Our editors talk with Serena about her inspiration,  the main challenges and the design process itself.

When working on a project of this scale how much upfront planning and design does it take?

In my way of designing, I always adopt a very graphic approach, based on lines, signs and geometry that seek balance, no matter the scale of the project or the medium.

The first step of every project is a very intimate and personal reflection, driven by my instinct more than anything else.

For the “CittàStudi” mural, I decided to focus on the real soul of the neighborhood and try to represent it through a big-scale graphic artwork. After the first sketches, I focused on the functional requirements and technical limitations of the project to make sure it was actually possible for Orticanoodles to paint it.

I have to say, combining my ideas with the effective feasibility has not been that difficult: the wall where the mural has been realized is a flat surface, just bigger than usual… I was lucky to have been supported by a great team: they made a wonderful job and the final result is exactly as I had pictured it.

What was the main challenge you faced while creating the mural?

The aim of the project “A name in every neighborhood” is to represent the own identity of every district and to strengthen a sense of community. Thus, the main challenge was more conceptual than structural: I took this work in a very responsible way as I wanted it to be meaningful for those who live in the area.

Each letter of the word “CittàStudi” represents a tribute to different characteristic elements of the neighborhood, I hope citizens will look at it as an additional architectural feature of the district.

The two “T”s are inspired by the mosaics of the buildings from the 1960s and by the ornaments of the 1920s villas, the “A” resembles the Faculty of Architecture iconic entrance, while the first “I” is a tribute to Giò Ponti-, to the many university faculties that have their headquarters in CittàStudi – the “C” recalls an open book seen from above and the “S ” the Asclepius’ stick, symbol of Medicine, the ” I “Astrophysics and” U “the Faculty of Engineering, while the remaining” T “a chemical molecule -. Also the flower shaped “D” symbolizes the Botanical Garden in via Golgi, while the accent recalls a drop of blood for AVIS.

How does the “CittàStudi” mural design reflect the building itself?

The mural is located in via Bassini 26, in the north-eastern area of the city, and it occupies the eastern façade of AVIS headquarters (the Italian Association of blood donors) and its enclosure walls.

As a tribute to the association, I decided to dedicate part of the artwork to their cause, with the goal of raising awareness among the population on the issue of blood donation.

Thus, on the enclosure wall each metope contains a letter of the acronym AVIS, depicted with shapes and colors related to the donation of blood.

What impact do you expect the mural to have on its surroundings?

As I mentioned before, in the graphic design of the mural I tried to represent the soul of its surroundings so that it would be clear to everyone the strong link between the mural and the neighborhood.

I hope people living around the mural will feel proud to have an artwork characterizing even more the CittàStudi district, developing astronger sense of belonging.

How important do you believe murals are for public spaces?

I believe that art, in every form, can connect us to a place and record history as it unfolds. In my opinion, throughout the COVID-19 pandemic there has been a raising awareness on the importance of public art: museums were closed and people were looking for new ways of experiencing art.

A medium of artistic expression that had not – since then – been taken into great consideration, is now appreciated even more and more by the community as it creates artistic, cultural and social value.

After Quadra – another graphic art project in Milan that I realized this year – and this mural, I have to say I am very happy that the municipality of Milano is giving artists the possibility to realize something that everybody can enjoy just walking around the city, seeing how it is gets and more lively every month, despite everything we have been going through in the past months. 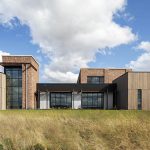 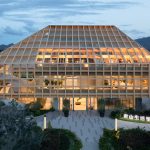