The south plaza winners – headed by New York-based James Corner Field Operations – entered a design introducing a tree-lined promenade to the site, with a number of flexible spaces available for events, cultural programmes, food stalls and other attractions. This site will stretch across 50 acres and encompasses the Stadium, Aquatics Centre and the ArcelorMittal Orbit. The firm is celebrated for its recent redevelopment of the High Line in New York City among other projects, and intends to evoke a similar feel at the Queen Elizabeth Olympic Park as that of London’s South Bank. An area towards the north of the Park will be transformed by London-based erect architecture, which will incorporate a visitor centre and playground into the river valley. The young practice (WAN 21 for 21 entrants) have based their concept on elements of culture, education and play, introducing a playground experience with the chance for children to climb trees, build dens and ‘have everyday adventures in nature’.

Chief Executive of the Olympic Park Legacy Company, Andrew Altman, said: “We were impressed by the creativity of all of the design concepts but James Corner Field Operations and erect architecture really captured the character of the Park as a compelling destination. These spaces will be one of the first new public spaces and facilities added to the Queen Elizabeth Olympic Park. It is another example of how legacy plans for the Park are more advanced than any other previous host Olympic city.” 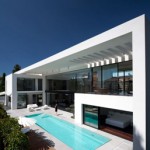 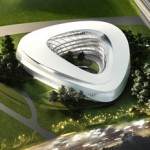