LOLA landscape architects from Rotterdam and Studio KARST from Zurich have made the best plans for the future Singel Park in Leiden. The two agencies present "convincing and thoughtful concepts for both the park as a whole, as well as for the role the park can play in Leiden’s future." That’s the conclusion of the advisory committee headed by Mayor Henri Lenferink, which judged the six entries for the international ideas competition. The committee advises the city to talk with both offices in the coming days.

Garden of Leiden. LOLA and Studio KARST are both still young agencies. Studio KARST inspired the jury with the concept of 'Garden of Leiden’, the idea to transform the complete inner city into a botanical city, with the Singel Park as a ring around it. The plan provides for a promenade on the outside of the canals, bordered by a double row of trees, and over twenty intimate enclosed gardens on the inside of the ring,  each with a different planting and atmosphere.

Maximum diversity. LOLA made a contemporary and imaginative design in which footpaths directly run along the water of the six-kilometer Singel canal, lined with a maximum of functions and spheres, with open spaces for free interpretation. Both designers see the Hortus Botanicus an important partner when it comes to the planting of the parks. And both see an important role for residents and organizations in Leiden to cooperate in the realization of the park.

Over 250 visitors. The winners were announced at the opening of the Singel Park Design Expo. The other design teams were: Gross.Max, Latz + Partner, Michael van Gessel and Michel Desvigne. Over 250 visitors attended the opening and could see the six designs in greenhouses placed at different places in the garden of the Museum of Ethnology. The expo is up until 9 September, seven days a week during opening hours of the museum. 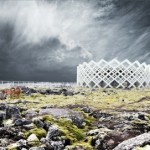 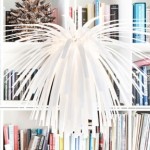