L.A and London based design studio Fettle has just completed work on the design of The Elder and The Jib Door, a restaurant and Members Club in Bath, England. The spaces have been created within a Grade 1 listed series of Georgian Townhouses on the corner of South Parade and Pierrepoint Street within the same site as the new Hotel® Indigo Bath. The Elder is now open, while The Jib Door will open in November 2020. Take a look at the complete story after the jump.

Fettle’s brief for The Elder was to create a restaurant situated in one of Bath’s most notable locations to cater for hotel guests, locals and tourists alike. Fettle centred the design narrative for the project around three principle pillars: the Georgian history of the building and its local neighbourhood, Bath’s strong literary history and its decadent past, as well as the local, ethically sourced British food offering from The Elder’s highly skilled team.

The Elder is spread out across what was previously four Georgian Townhouses. As a result, each space has a domestic scale, which naturally adds charm and character to the chosen interiors scheme. Upon entering the restaurant, the major focal point is the traditional timber panelled bar with an impressive antique brass gantry and fluted brass post lights. The entrance, which can be seen clearly from the hotel’s lobby, adds a sense of drama to the space. The scheme and palette within the room differentiates the space from the rest of the hotel and informs guests that The Elder is an independent entity.

The bar includes an arched timber back bar fitted with a bespoke antique mirror that displays an array of spirit bottles. Bespoke leather bar stools with turned timber pedestal legs and brass details sit in front of the bar, while custom brass and glass chandeliers sit within pre-existing ceiling roses.

Many of the existing architectural features within the bar and restaurant spaces are listed and as such Fettle had to treat the space with care and sensitivity. Existing wall panelling has been carefully repaired and restored and where panelling was missing, new bespoke panelling has been installed. Fettle added subtle variations to the new panelling to ensure that future generations will be able to read the layers of history apparent within the space. All panelling has been finished in a traditional green paint colour that includes a crackle glazed finish to add a sense of age and texture

In the main restaurant, custom-made traditional brasserie dining chairs feature leather seat pads and back support with a brass studded detail on the upholstery. Bespoke timber tables include a double bullnose edge detail and have a similar traditional feel. A number of custom tan leather, button- backed banquettes bring a casualness to the spaces.

All of the artwork within the restaurant has been carefully selected from antique fairs and local artists and includes a mixture of contemporary and traditional pieces that have an emphasis on hunting game and Bath’s local history, mixed with a selection of vintage taxidermy. Traditional brass wall lights with a fabric shade and antique brass picture lights are used to illuminate the art throughout the space.

Bespoke curtains in a contemporary fabric by Robert Allen add an unexpected twist to the scheme, while aged timber floorboards in various lengths and widths and an original finish add age, texture and charm to the scheme.

Fettle has also designed a smaller, more intimate dining space that sits at the rear of the restaurant. The room itself is of significant historical importance as it has remained relatively untouched over the years. The local conservation officer who worked with both the buildings’ architect and Fettle on the project was particularly keen that this room be brought back to life. Fettle retained the existing panelling, which has been painted in a more contemporary pink finish with a similar crackle glazed effect that has been used within the other dining room spaces. The room features bespoke deep red velvet full length curtains and the same custom dining chairs that feature in the main restaurant, however here they are upholstered in a rich oxblood leather. The existing fireplace has also been retained and restored and whilst not in use, it provides a beautiful focal point to the room.

The Elder is the latest restaurant from multi-award-winning West Country restaurateur Mike Robinson. Leading the team in the kitchen is Group Head Chef Gavin Edney.

The Jib Door Members Club is located on the ground floor, basement and sub-basement of the hotel, on the corner of the site. The Club has its own dedicated entrance on South Parade.

When approaching the project, Fettle played on the eccentric elements of the design narrative to create a space that feels both refined and exclusive. The ground floor space of the Club features timber panelling at low level, painted in a dark green tone with Timorous Beasties, Cloud Toile wallpaper above. The Members Club also features a small bar with a brass counter and fluted brass undercounter as well as a statement mirror and custom brass bottle display back bar. The bespoke barstools are made from leather with brass pedestals, whilst the lounge furniture seen throughout the rest of the Club is upholstered in a mixture of colourful patterned fabrics, mohair and leathers. This is juxtaposed with striking orange velvet curtains, which givesthe room a sophisticated ambience.

In the sub-basement, the original stone basement vaults have been retained by Fettle and transformed into an intimate whisky bar with traditional timber beams on the ceiling. The space also features a dramatic quilted leather fronted table bar offering a cocktail service. The original flagstone flooring has been covered in traditional rugs, while both patterned and mohair upholstery on the bespoke lounge chairs and a fluted banquette give the space a playful sensibility. Extra dressing items add a sense of drama and include specially sourced taxidermy and artwork, with statement lamps, butterfly display cases and candles. 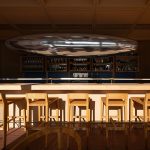 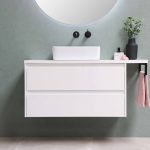