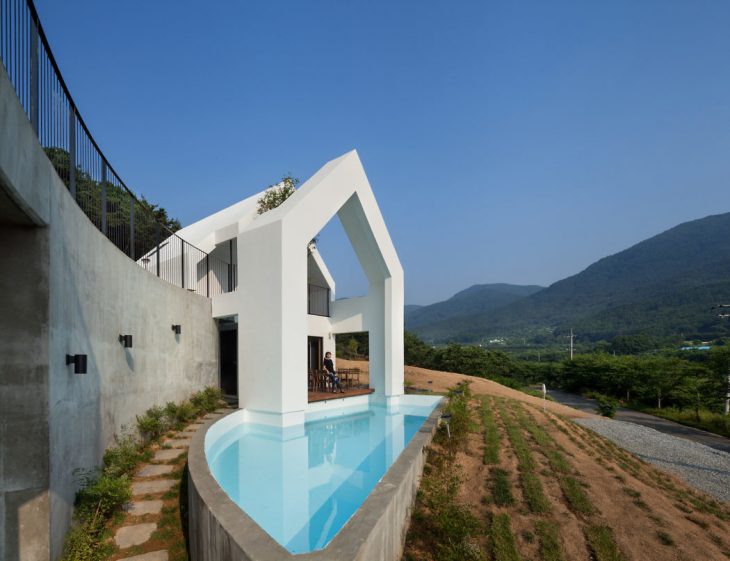 Rieuldorang Atelier designed this inspiring contemporary  residence located in South Korea, in 2016. Take a look at the complete story after the jump. 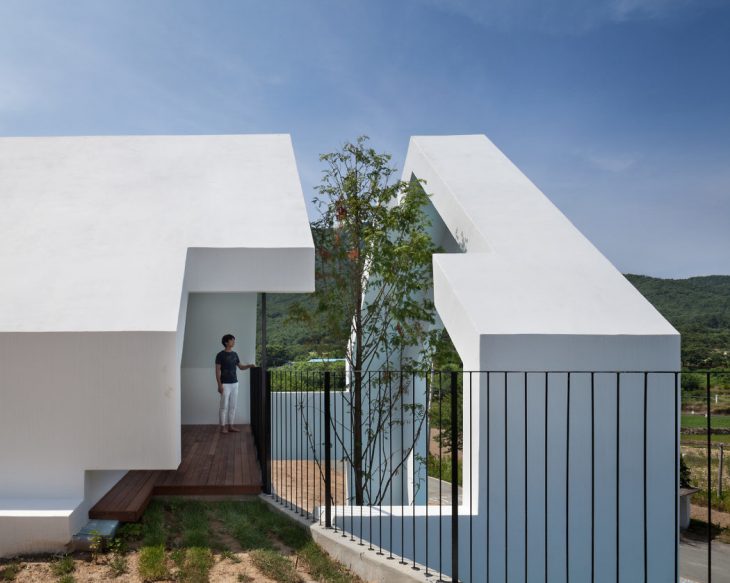 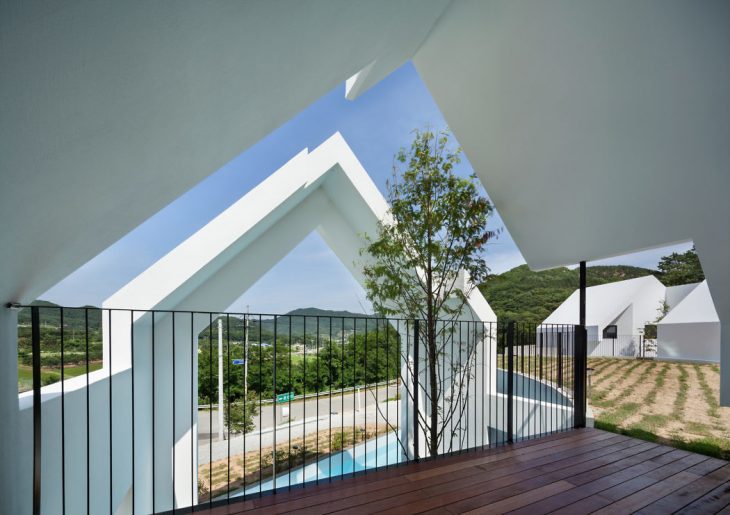 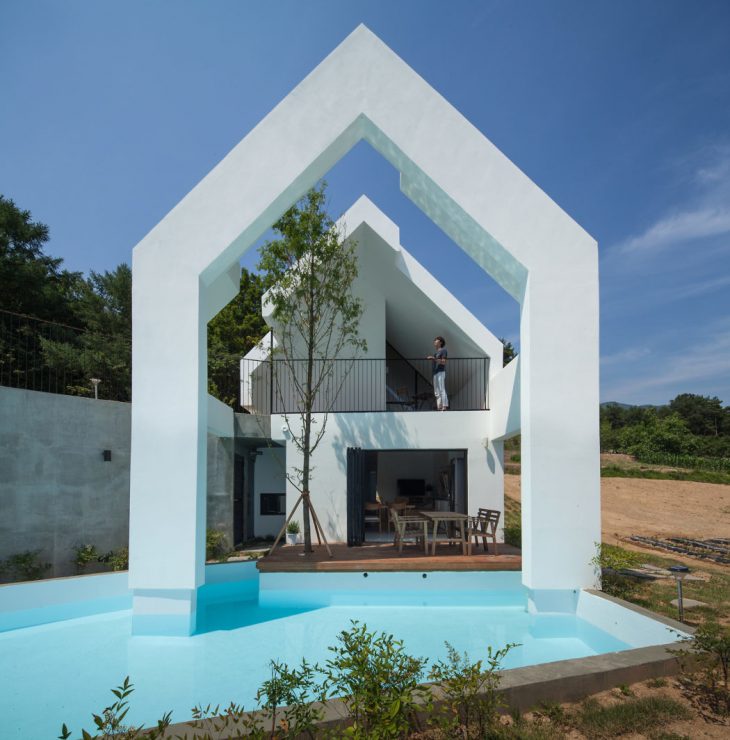 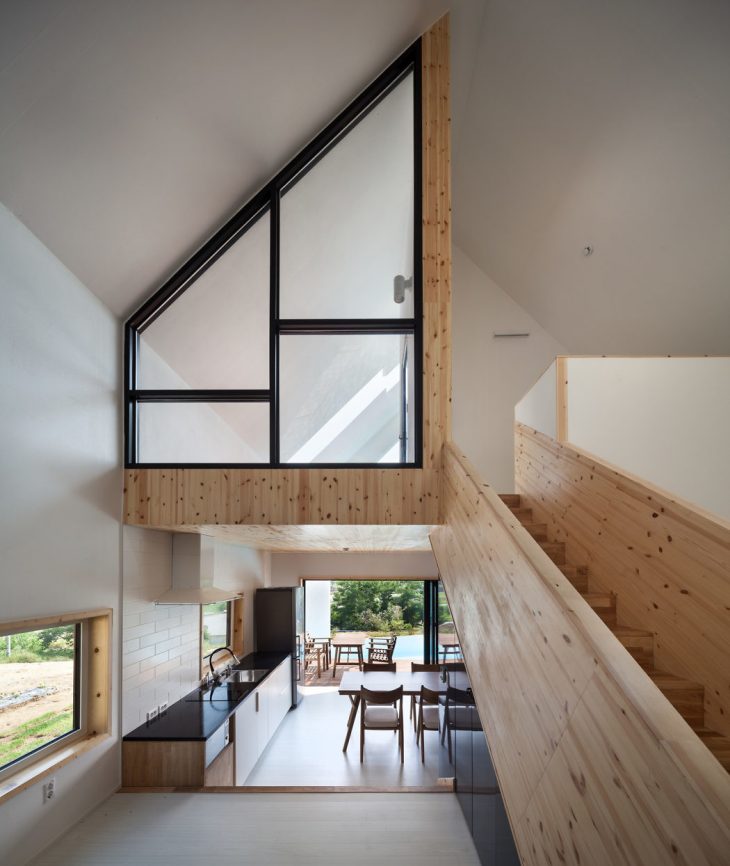 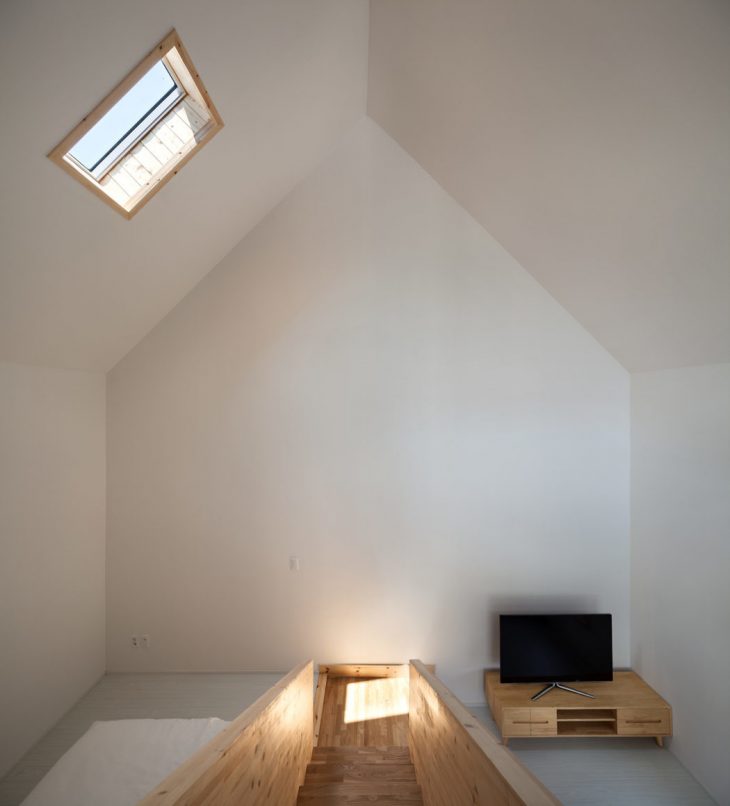 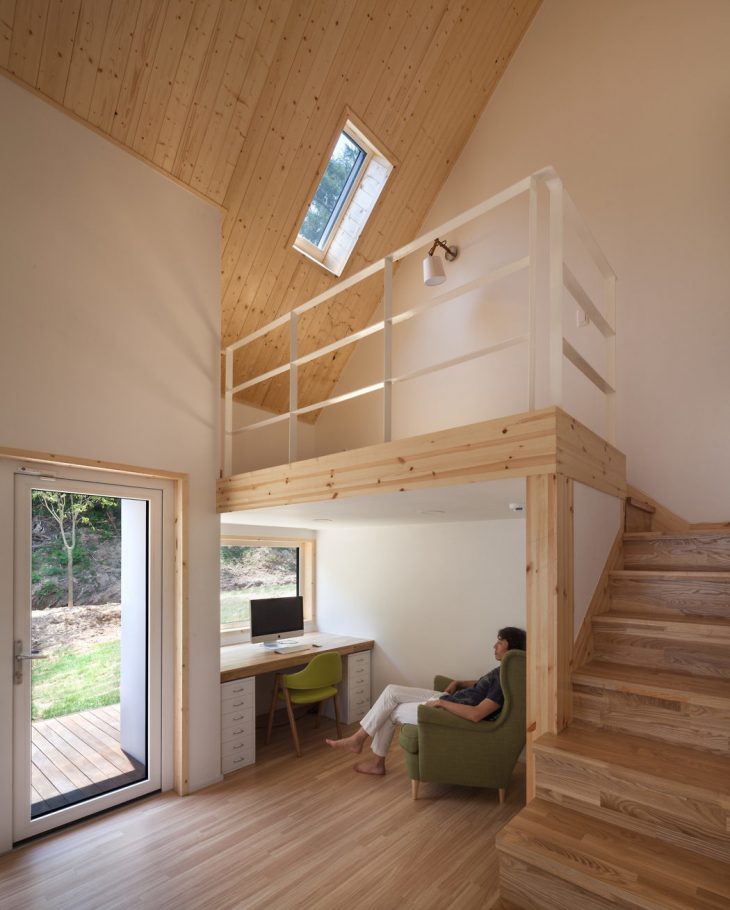 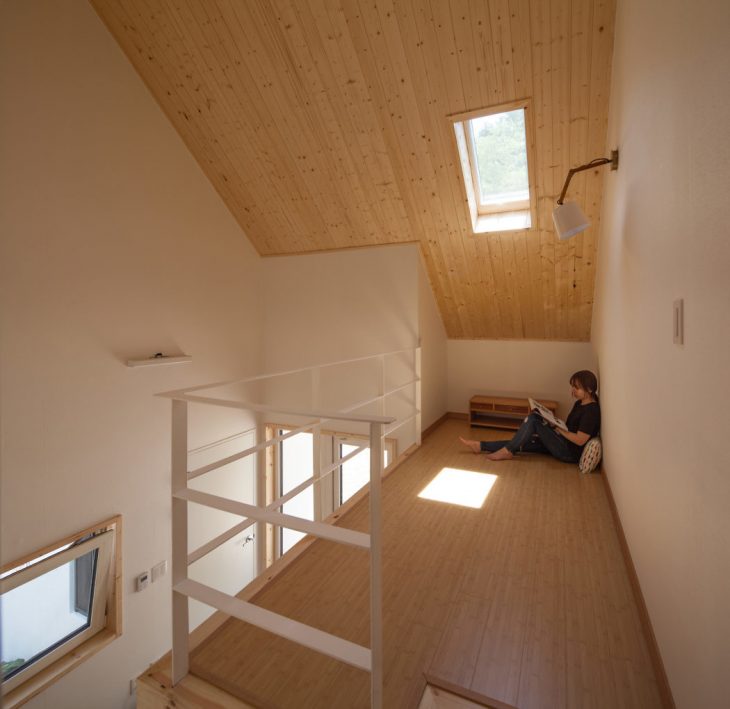 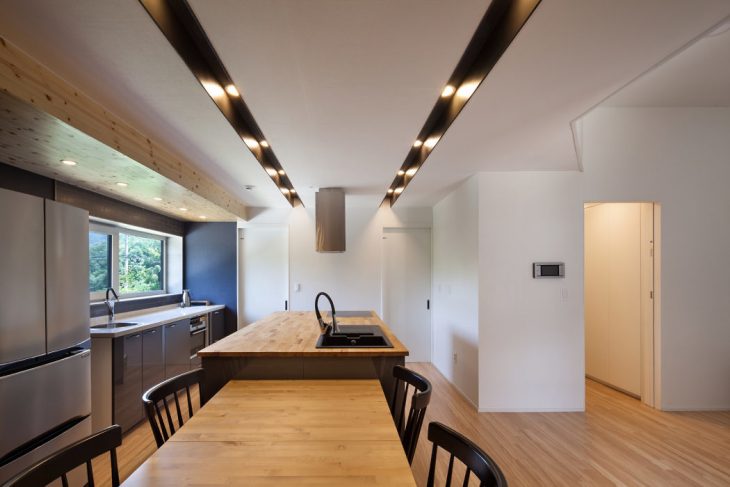 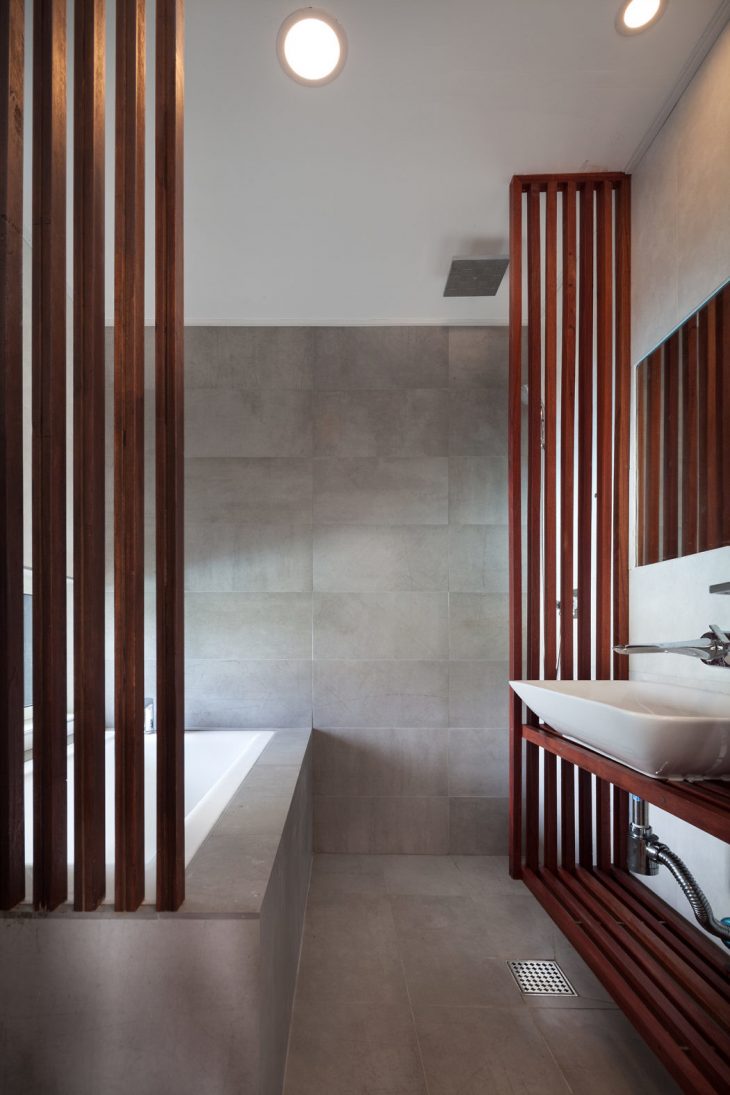 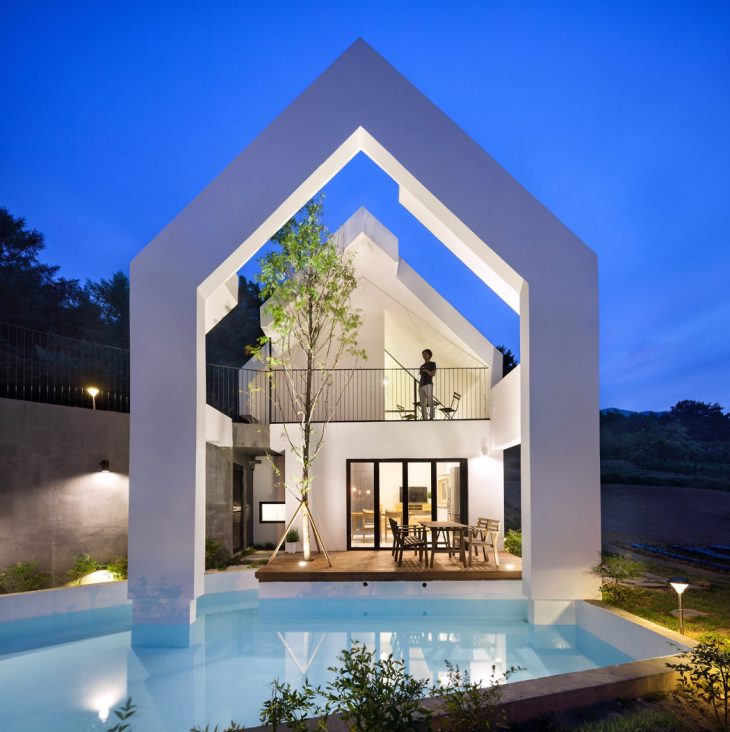 From the architects: The client wanted to leave the city with his family and live in the nature, so he asked us for the site near the forest. However, a development plan has been planned around the site to undermine nature and they are in a perplexed situation. In other words, they wanted to live in nature, but it became an ironic situation where nature was lost.

We were saddened by this situation and wanted to find an architectural solution. The method was to paradoxically express the preciousness of nature through architecture. Specifically, we tried to express the meaning of paradox by means of morphological contradiction.

“What is it for human beings and what is for nature?”

This is the question of the relationship between man and nature. Through this, we can reconsider the preciousness of nature.