From the architects: The house is located in Villa Allende, in a wide terrain and mostly flat, which front is oriented towards east and with presence of medium size trees in its perimeter whereas exempt in the centre. The project was conceived by thinking in the space that the users were to inhabit, for which three elements where chosen to begin, each one having more or less relevance according to the project needs.These were: Matter, Light and Place. “…I supplicated (to architecture) to get rid of its marble dress, to clean its makeup from its face, and to show herself as she is…” Konstantin Melnikov.

Taking the word of this Russian master, it was decided to use four determinant materials: concrete and steel on the outside, wood and cast on the inside. The four of them are presented in their natural form, keeping each one its proper colour and texture. The first two, primarily exterior, without any “makeup “more than the shape that the wooden formwork gives to concrete or the transformations that rust produces to steel. Inside, wood gives warmth to the inner space and white cast contrasts with the roughness of concrete.

We are received outside by a succession of concrete plates, which shade the entrance of light by throwing potent lines over the floor and walls, varying and moving according to the hour of the day and the period of the year. Inside,there are various ways in which light enters and can be appreciated form most places in the house. In the living room there are two interesting approaches to light, one is the entrance of sunlight from the skylights at the top part of the two libraries (which is captured from the ceiling)that acquires the warmth of their wooden surface, and the other is the wide horizontal window over the floor that creates a connection with the light yard and its projection of shaded sunlight produced by the plates of concrete. The stairway is without question a marvellous space and filled with light. The double height at the beginning of it, covered completely with windows, catches a constant entrance of light throughout the day and marks the passing of time. When reaching the ending of the stairs, we find a skylight on the roof that qualifies and finishes off the ascension.

According to the amplitude of the site, the idea of extending the Floor level walls in various directions came out with the objective of rooting them visually with it, while the first level was conformed as a rectangular prism (due to the functional plan) that poses over the floor level walls.

Within this pulse between plan and site, natural sunlight appears in the middle and is used as “matter” itself (which acquires sometimes the same weight that concrete). Another architectural resource that was used is the clipping of the landscape as Le Corbusier accustomed to do: “In order for the landscape to narrate, it must be limited, dimensioned […] and uncovered only in some strategic spots”. This can be perceived at the edges of the hallway of the first floor and mostly at the stairway, where the landscape is framed in the wall as if it was a painting. 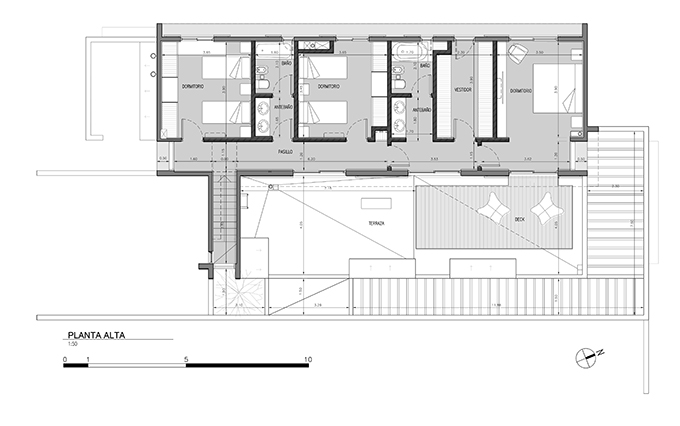 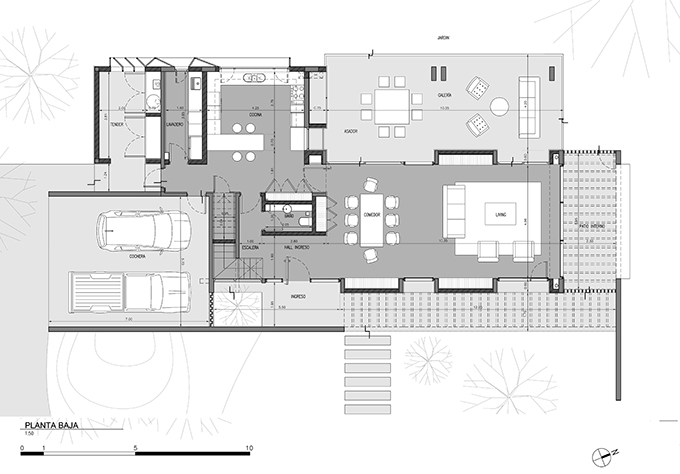 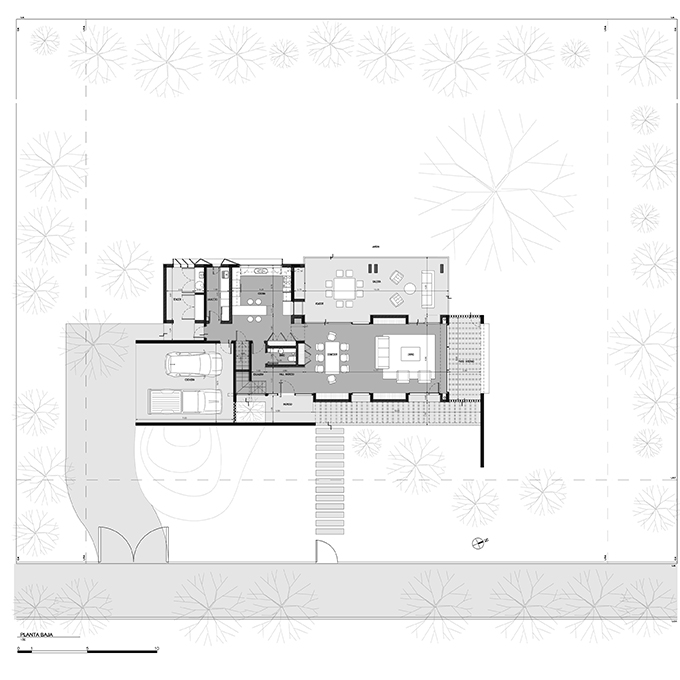 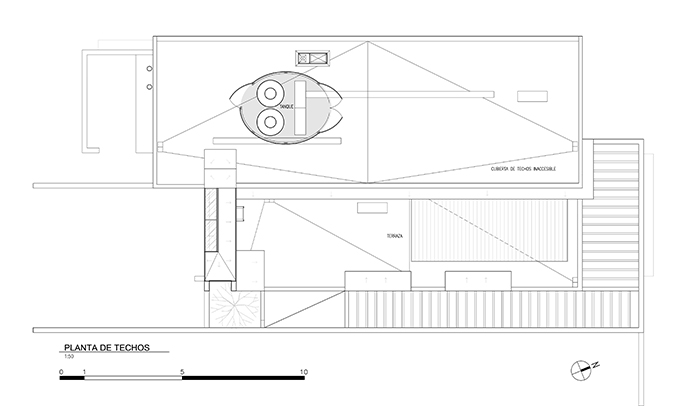 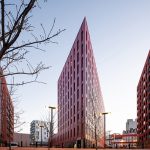 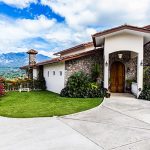