House in Zurich by Meier Architekten 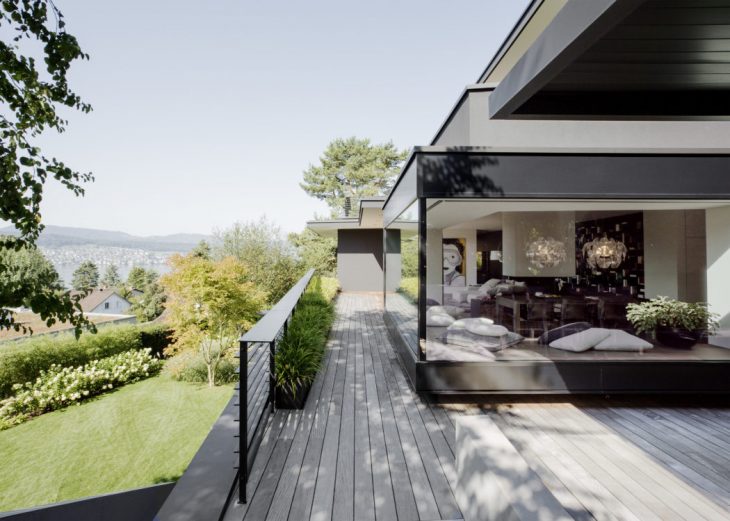 Meier Architekten designed this stunning contemporary family house located in Zurich, Switzerland, in 2016. Take a look at the complete story below. 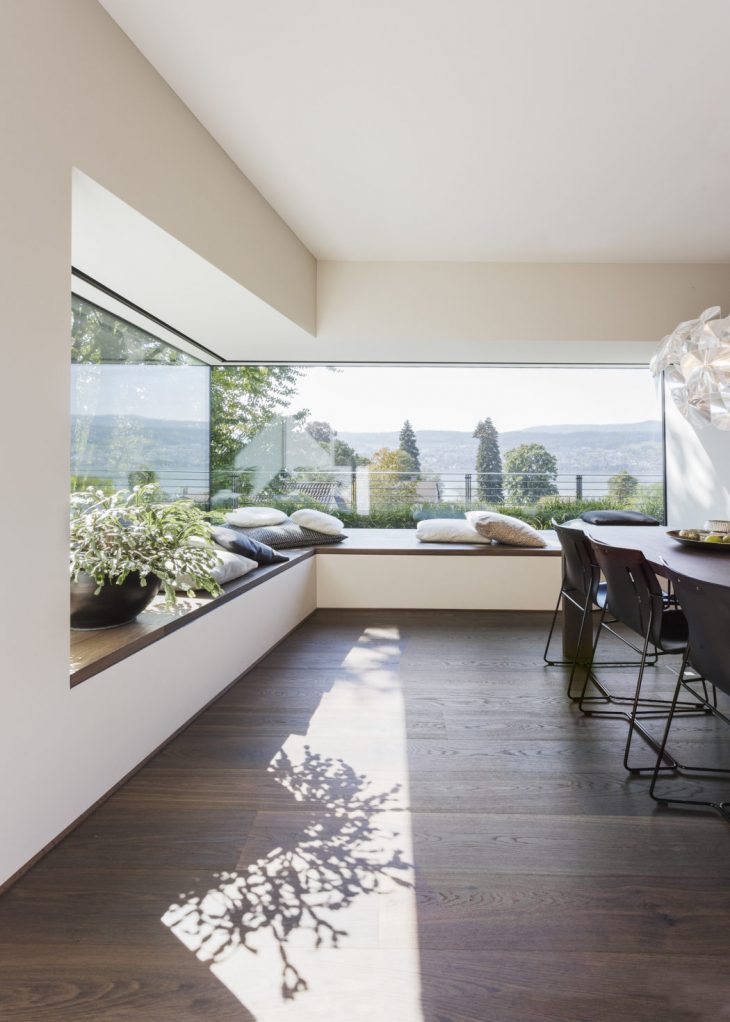 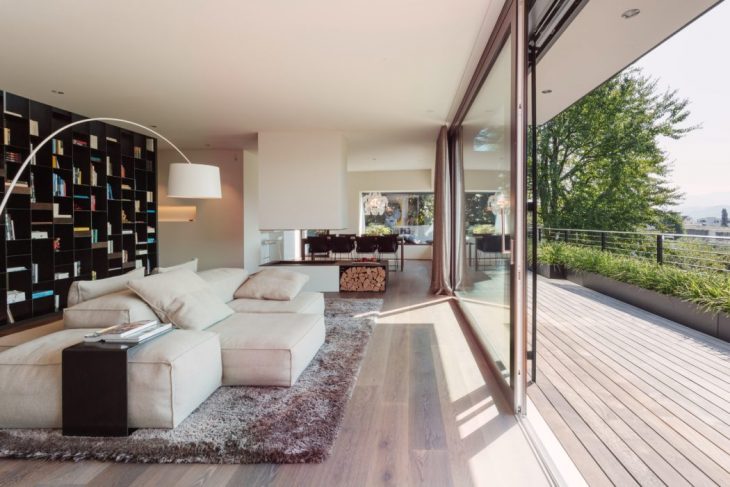 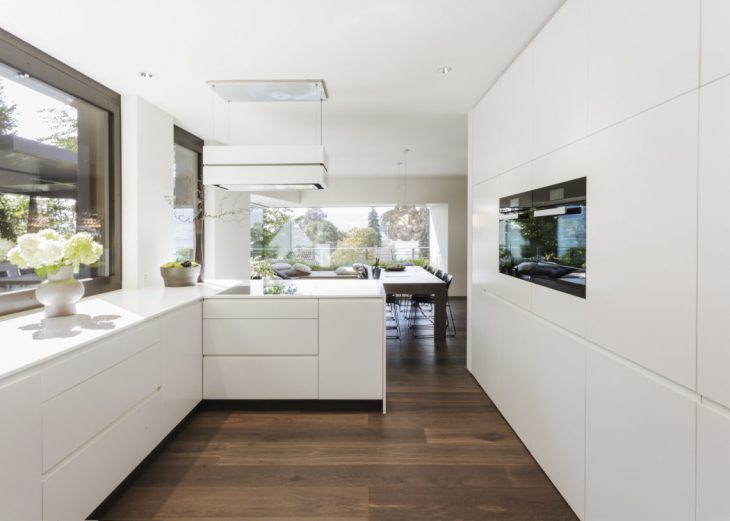 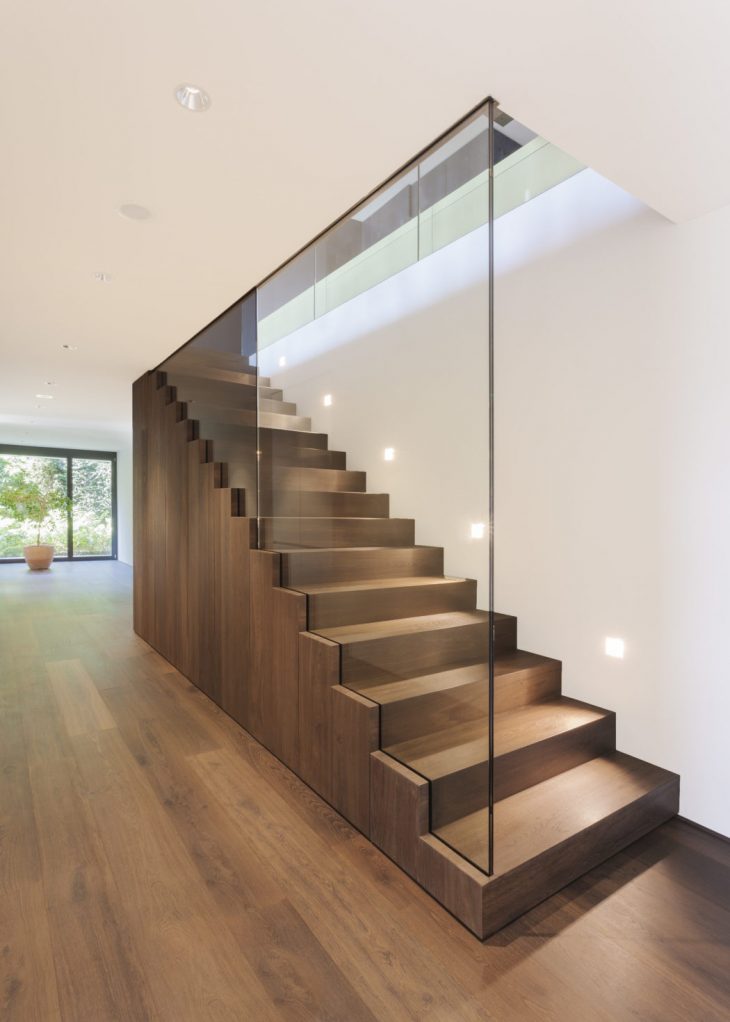 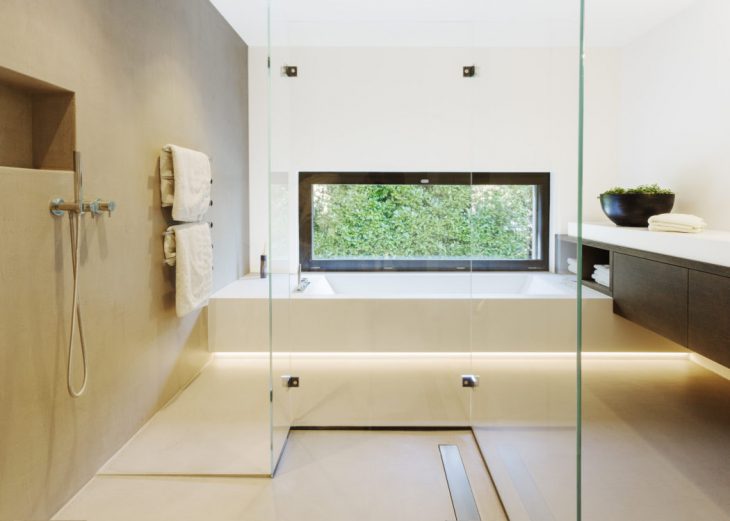 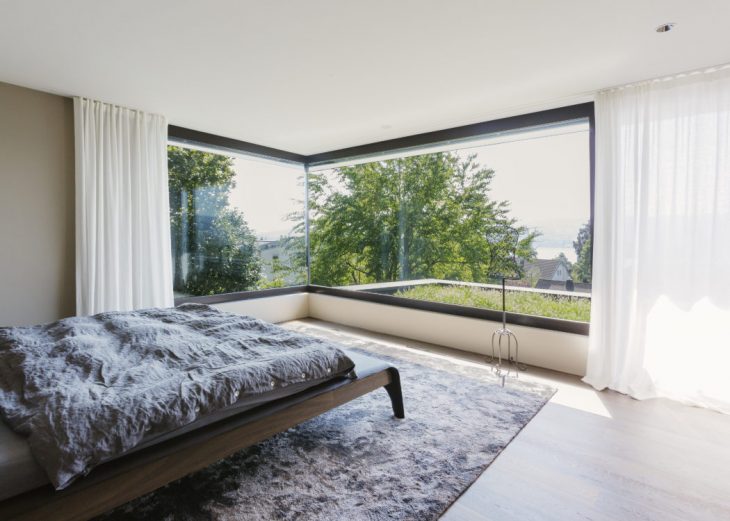 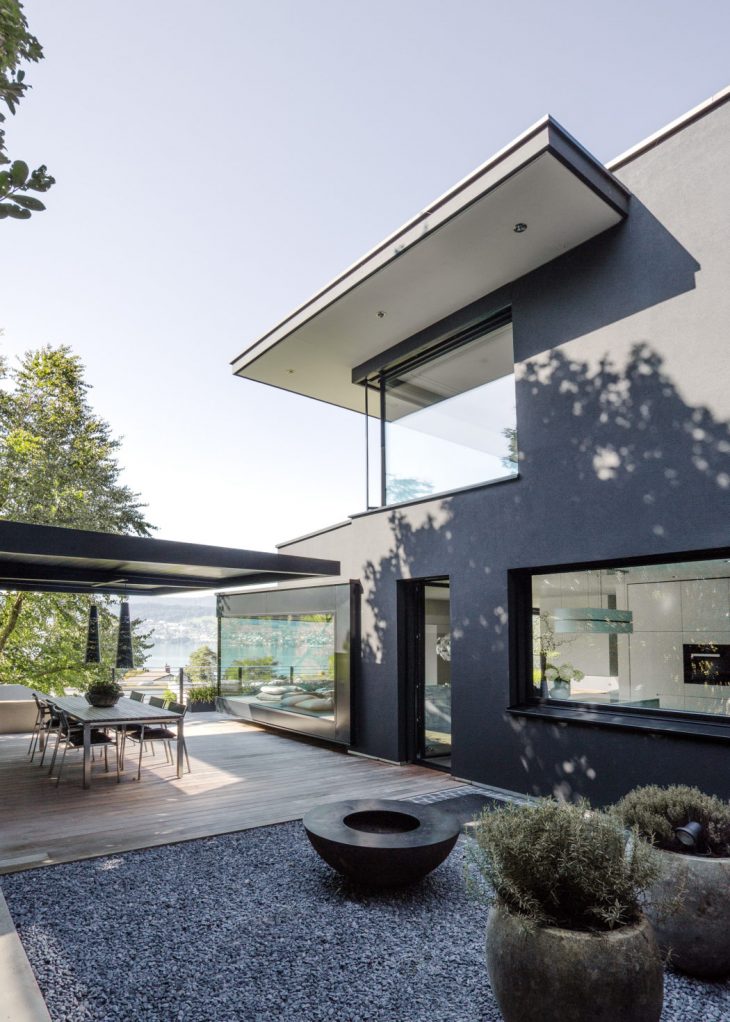 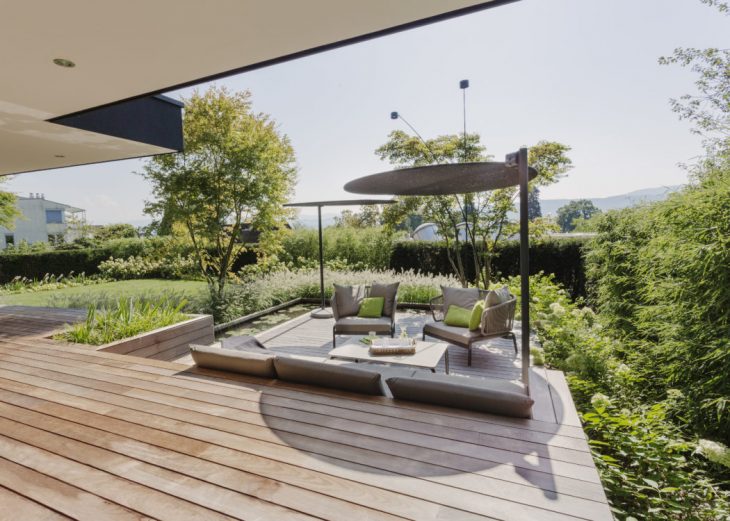 From the architects: From the village center, the road snakes slowly towards Pfannenstiel, high through a residential area with houses mainly from the 60s. It blends in well with the environment, despite its color. “You might think black makes a house look eccentric, but that’s not true. Black has a dematerializing effect, “explains Egon Meier.

The architect took over the project for this family dwelling, as the preliminary project of this villa was developed by the north Italian architect Kathrin Gruber, owner of a Architectural design office. «It was clear to us that we could implement this project much better with a competent local partner. We were looking for someone with whom we had the same wavelength with, “she says. The philosophy and aspirations of both architects were in harmony. For Kathrin Gruber, who has already realized various projects in the private sector, it was clear for her that “architecture is not there for its own sake, but that it should create places that give us stability and a home”.

And with the architect Egon Meier, the client has brought a partner on board who has a broad portfolio and a lot of experience in upscale residential construction. The architect with additional interior design studies pays special attention to a coherent overall picture and a detailed execution. “In my projects everything has to be right, from the skirting board to the door handle”, he outlines. The task of the Zurich architect was to make the original design conform to building law, to revise it creatively and to take over the management of the construction work. Its starting point was the building form and the room concept of the preliminary project. Egon Meier replaced the pent roof with a flat roof and skillfully structured the façade. The three-storey building on a hillside is divided into three areas: the garden level is inhabited by the two teenagers, the upper floor contains the main living area, kitchen, dining and livingroom, and on the top level are the private parent rooms and a guest area. The black building shell, a ventilated compact façade in Minergiestandard, continues inside. A wall with crude steel front, forms a kind of backbone against the north side. Behind the floor-to-ceiling, handle-less doors hide garage, pantry and guest bathroom. When entering these rooms, the light automatically goes on, one of the many signs showing the architects love for detail. Originally bog oak was considered for the front of the cupboards, but in the end steel was chosen. The honest and elegant appearance of the steel fits in well with the overall picture and is also repeated in the most prominent room element, the bookshelf, a design by the northern Italien architectural office. The shelf forms a unity with the staircase and raises up from the upper to the top floor. “The idea was to stage the area from the entrance to the terrace as an open but visibly demarcated area – by integrating a staircase with the bookshelf which is open on both sides,” says architect Kathrin Gruber. The simple, white hanging chandelier is placed between the dining area and the living area and also functions as a room divider in this open floor plan. The kitchen, with its L-shaped work area and room-high cupboard is all in white. Not only are the work surfaces but also the fronts are made of Corian. This gives the kitchen a soft elegance that blends beautifully with the oak parquet and the black steel wall. The highlight is the corner window seat. “My morning ritual is always the same: I sit down with a coffee in the oriel and look out onto the lake and the mountains,” says the hostess. Above all, she appreciates the space concept’s, the balance between open space and retreats. “When guests fill the house you can still find privat areas to retreat to.” A special place is the office on the top froor. The architect consciously gave the window a frame. The owners were not only involed with the construction project, but also with the furnishings, putting together their ideas in a tasteful mix of designer furniture. Above all, Italian design labels are prominently represented, for example the two modern candlesticks by Luceplan above the dining table, the sofa by Living Divani or various garden furniture by Paola Lenti. For the majority of interior work, the builders chose craftsmen from their homeland of South Tyrol in Italy. A decision that also benefited the Swiss architect. “The importance of craftsmanship is very high in South Tyrol”, aknowledges Egon Meier. “I was so pleased with their work that I will certainly be working with many again in the future. Next to the kitchen on one of the outdoor courts a pergola was created, whose roof lamellars can be opened or closed depending on the weather. The wood planking of the entire exterior forms a contrast to the dark facade. A private retreat from which a path leads past the gravel and garden sheds onto the street – A modern yet and at the same time idyllic residential oasis.

Photography is courtesy of Meier Architekten