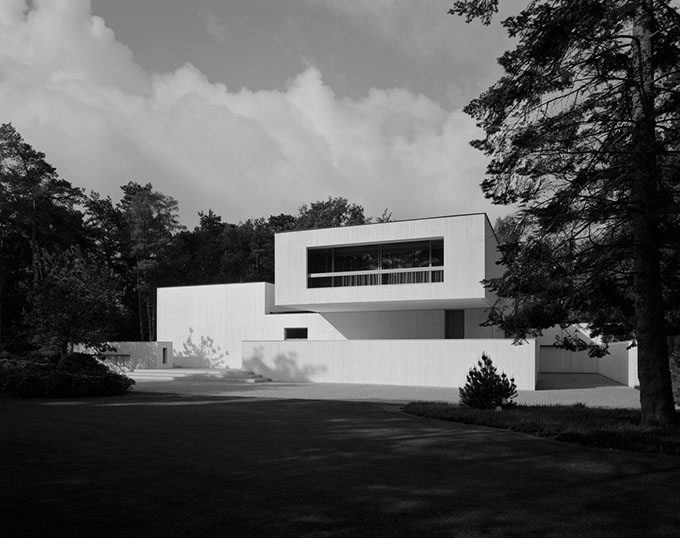 Russell Jones designed this stunning 1200m2 family residence located in n Waalre, The Netherlands, in 2018. Take a look at the complete story after the jump. 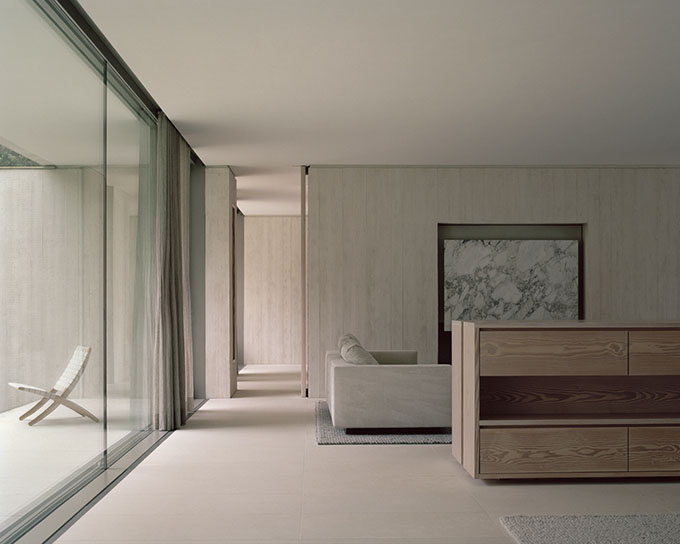 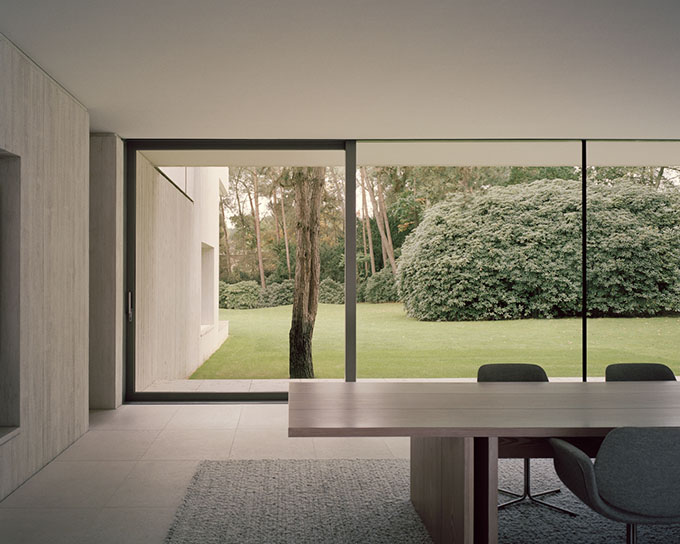 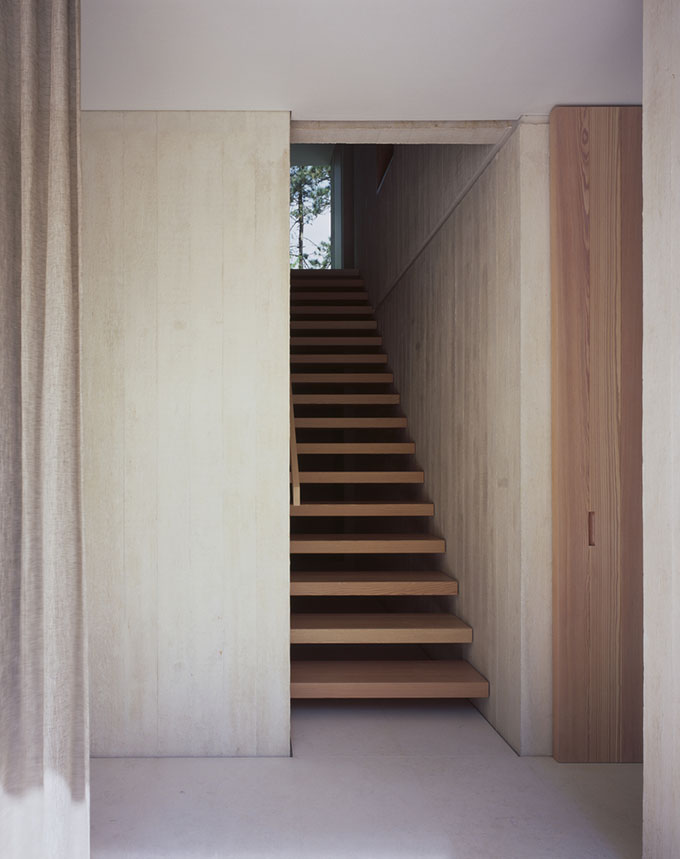 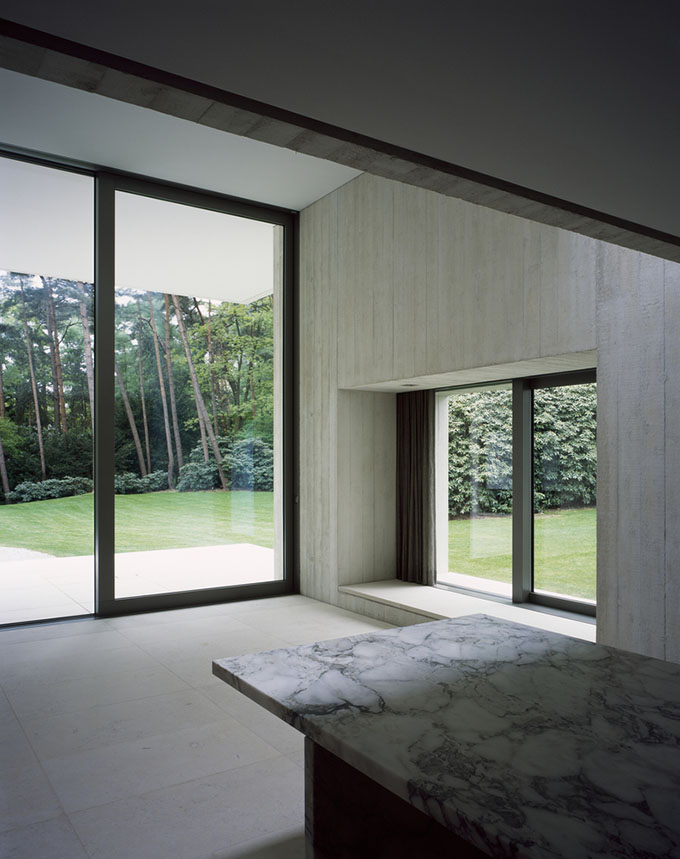 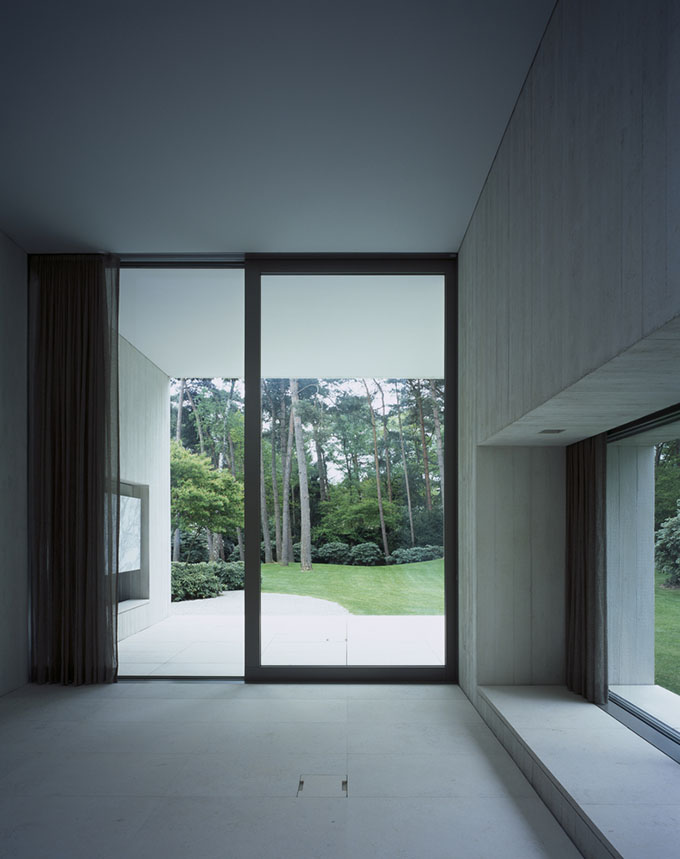 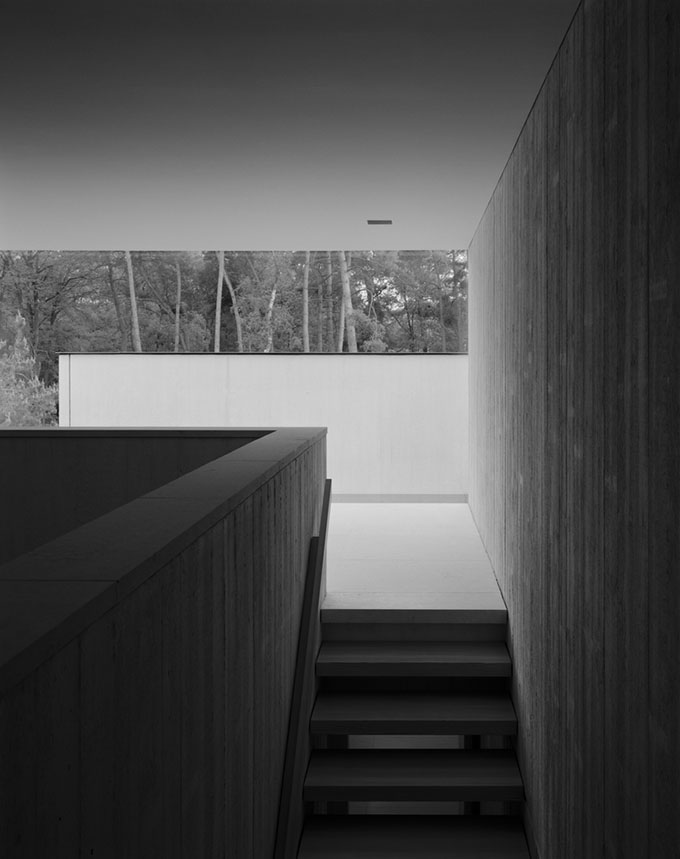 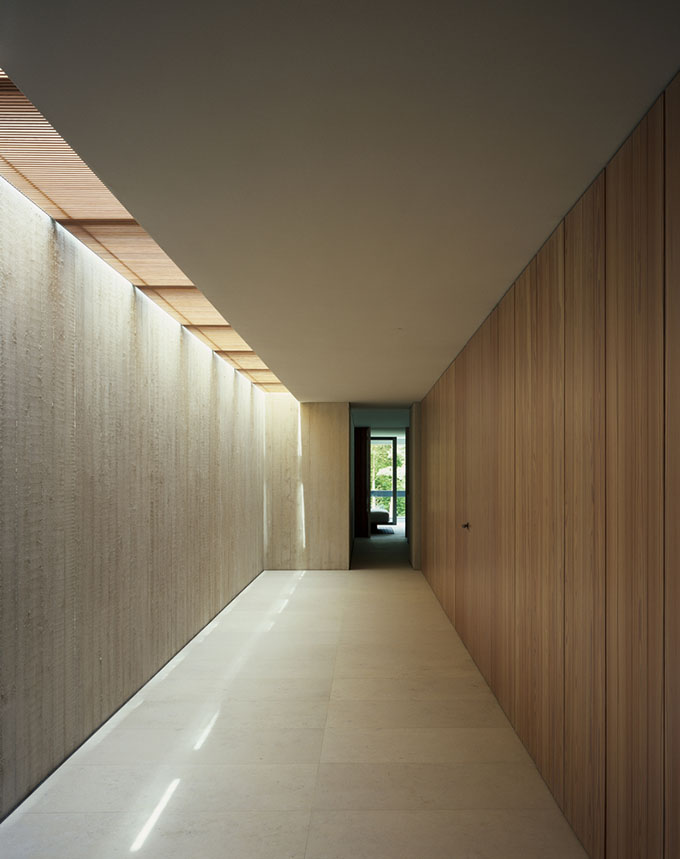 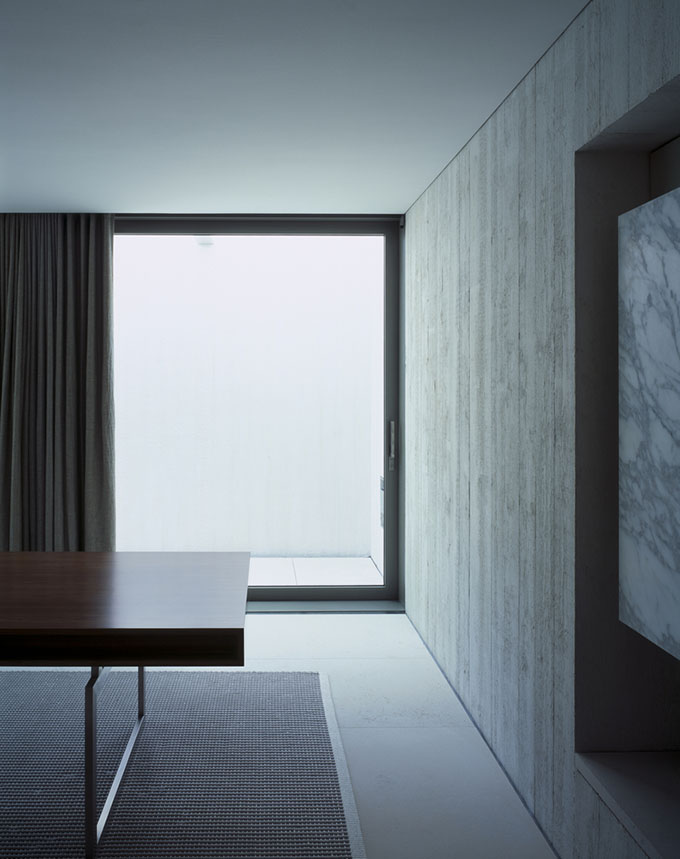 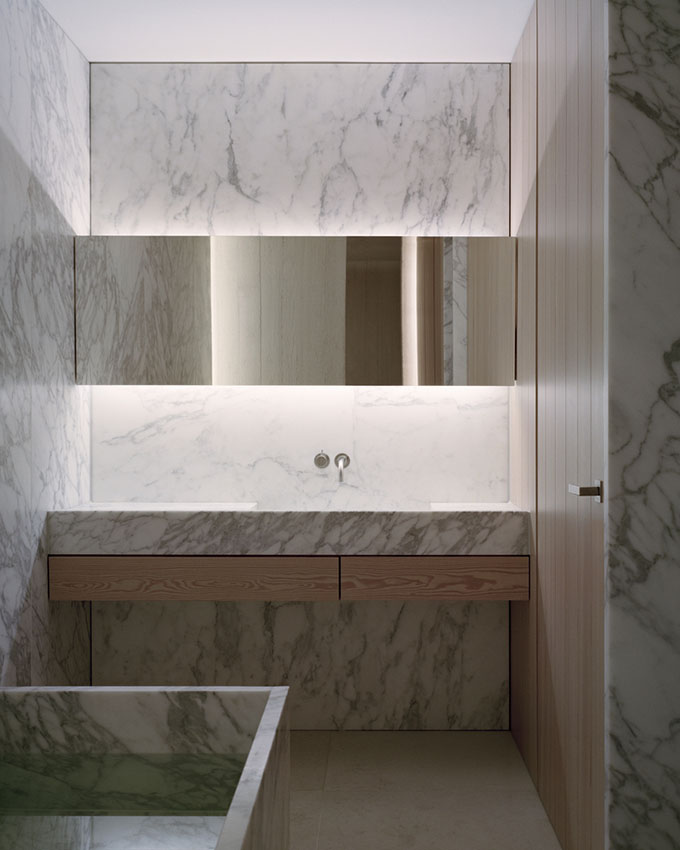 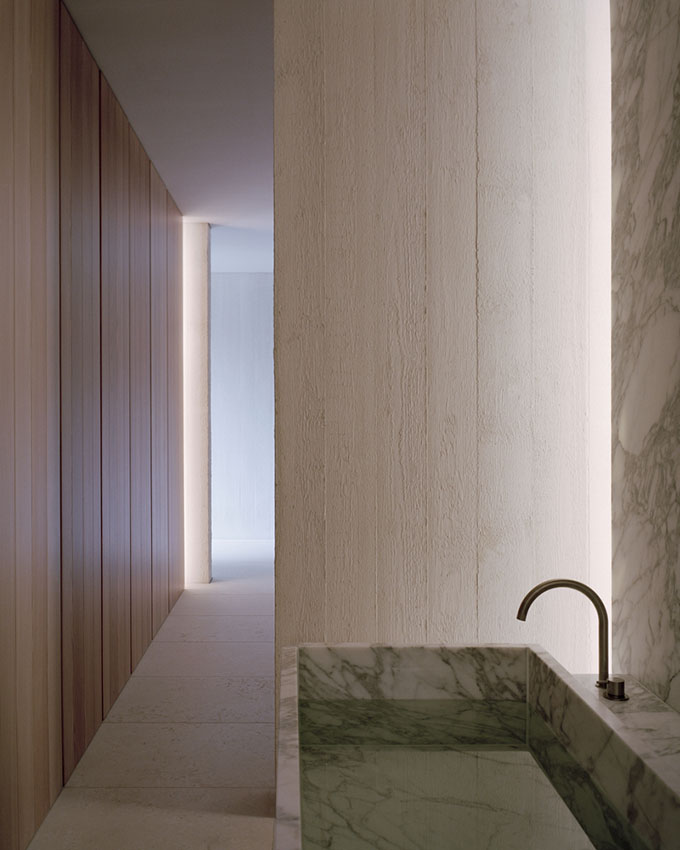 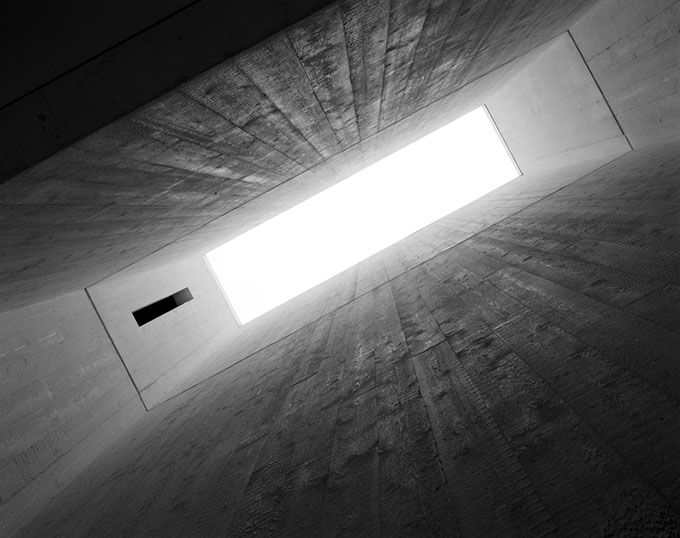 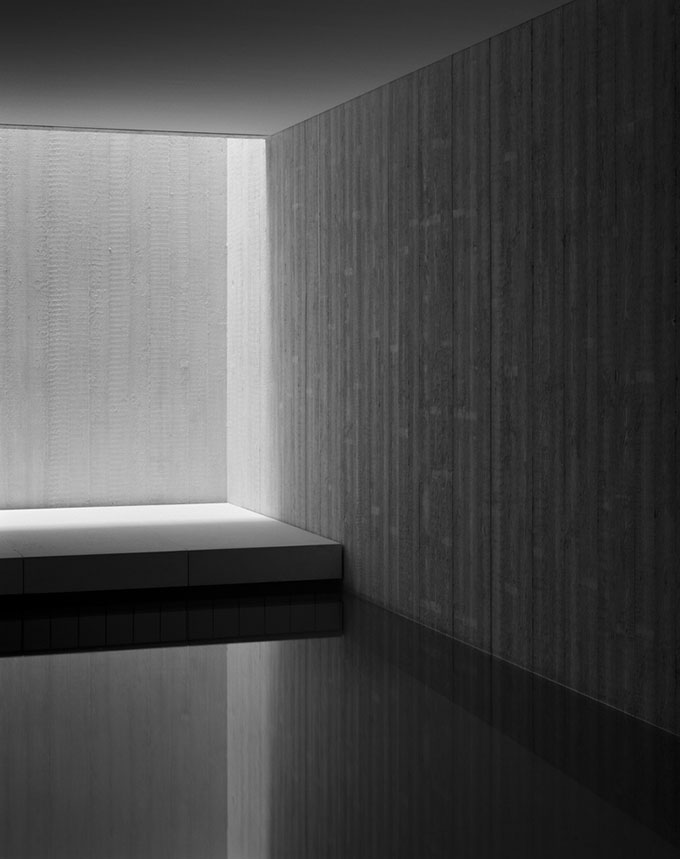 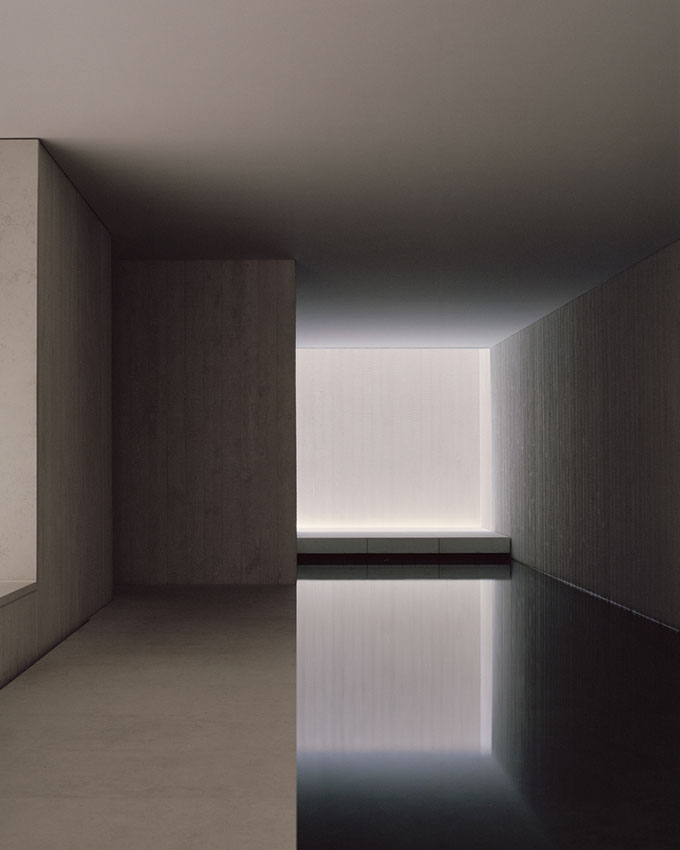 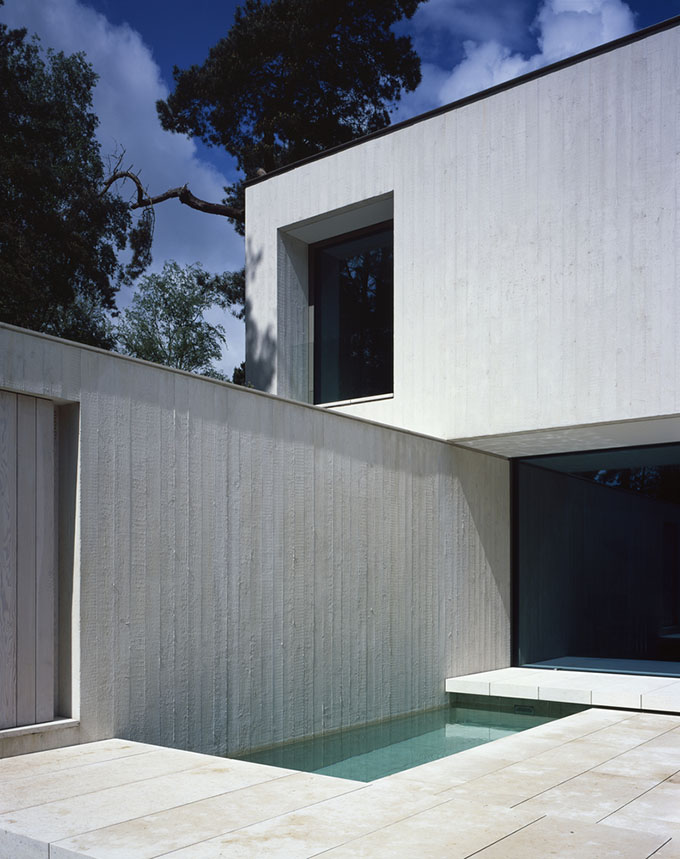 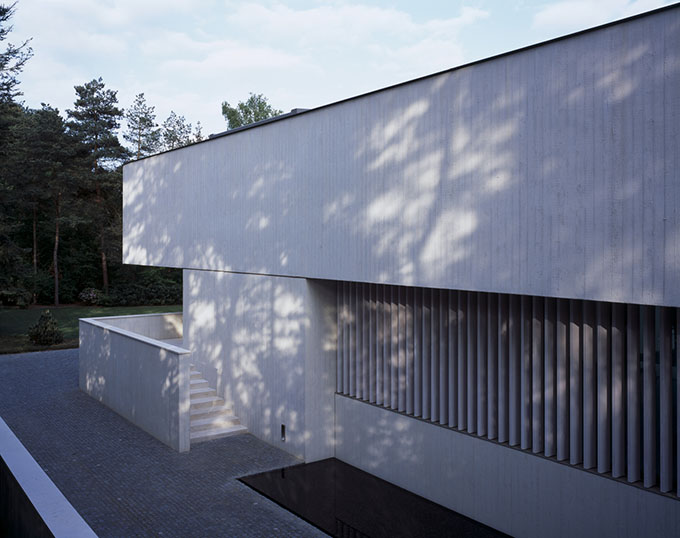 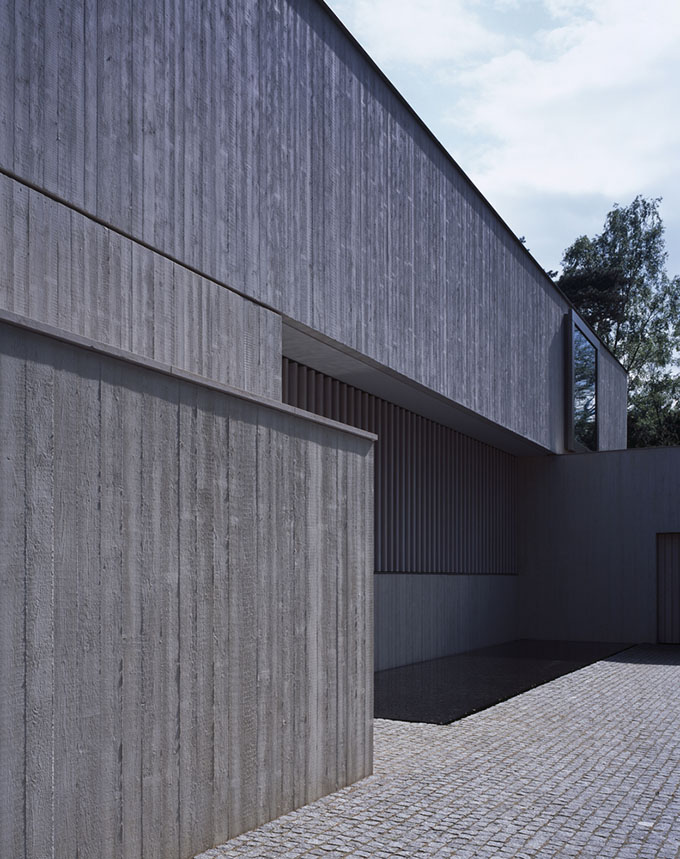 From the architects: A recently completed family residence situated within a forested Dune landscape, in Waalre, outside of Eindhoven, in the Netherlands.

Waalre is a municipality and town in the province of North Brabant in the Southern Netherlands, immediately south of the city of Eindhoven. Known as the Groenfontein (Green Fountain) Waalre maintains a civic policy to provide a diverse tree population in streets and lanes. The extensively forested fir tree woodland which gives the area its essential character is the result of an historic forestation regime to provide timber for supporting shafts in the Limburg coal mines.

Anton and Gerard Philips had chosen Eindhoven in 1891 as the home of Koninklijke Philips, the Dutch technology company, even though the Philips family came from Zaltbommel, 50 kilometres north of Eindhoven. The company grew spectacularly during the early 20th Century and constantly needed additional employees. In order to be able to attract top managers from other areas in Holland (the Randstad) Philips decided to buy large pieces of woodland outside the city, in neighbouring Waalre. These plots were “given” to top managers who often came from Amsterdam, Rotterdam and other cities in Holland and abroad. In those days Eindhoven was still a relatively small town and not seen as very attractive. A senior position at Philips combined with a very cheap plot of land in a fantastic area (the forests of Waalre) was an interesting proposition and incentive, the result being that an elite group of Philips managers built houses in Waalre during the late 50’s and early 60’s.

A 7,000m2 parcel of land, dominated by conifers and an ancient sand dune, which eventually became the site for Villa Waalre, was formerly occupied by a House, for Frans Otten, the son in law of Anton Philips. Designed by Louis Christiaan Kalff, 1897-1976, the distinguished Design Director of Phillips, the Otten House and landscape, completed in 1961, was one of a series designed by Kalff for Philips senior managers.

Louis Kalff and his Philips design team were instrumental in designing the lighting for many of the World’s great Fairs Including the 1929 Barcelona world exposition. Kalff is also renowned for bringing together Le Corbusier, Iannis Xenakis and Edgar Varese to produce the Poème Electronique and Philips World Expo Pavilion, for the Brussels Fair in 1958 and Philips Evoluon in 1966, an Interactive Science Museum reminsicent of Ralph Tubbs 1951 Dome of Discovery.

Early in the design process, it was clear that the position of the original Kalff Villa was the most favourable location for the new project. The sand dune along the western boundary, original vegetation and garden planted 50 years ago as part of the Kalff scheme, influenced decisions relating to placement, orientation towards the sun, and form for the new Villa

The local planning authority were aware of the history and context of the original house, and advised that if the design of the new building eclipsed the quality of the original, the proposal would be supported.

The new architecture takes advantage of key natural features, creating a specific and special exterior and interior relationship with the environment.

Villa Waalre covers an enclosed area of approximately 1200m2 over four levels. Two levels are evident in the landscape. Living spaces, divided by a series of north-south transverse walls, occupy the ground plane. Bedrooms and gallery spaces occupy an east-west spanning rectangular structure that rests across the landscape and living area walls. A “drivethrough” tunnels under the western dune, creating a large carport and access to the street beyond. A 25 metre long volume under the ground plane contains a swimming pool. The “grotto” like pool volume is punctuated by shafts that draw light from above roof level.

Fundamental to the project was the decision to reflect the textural quality of the bark of the fir trees on the site in the primary building material. Titanium dioxide enhanced white reinforced concrete, which forms all exterior and interior vertical surfaces, is imprinted with the texture and silhouette of roughly sawn fir boards, in a module of 150mm. This module is continued in all exterior and interior joinery elements, which are crafted from similar fir board to those used as the concrete formwork. In subtle contrast to the textured vertical Concrete surfaces, Jura Stone slabs are used on all floors, and articulated bathroom elements are formed from Statuario Marble.

In total, 1660 cubic metres or 4150 metric tonnes of concrete has been used in the project. The thermally separated outer and inner concrete structural walls are articulated to allow for structural and thermal movement, and expressed construction joints are strategically located to further register the planar and volumetric qualities of the project. The combination of the rigorous and comprehensive application of board imprinted concrete and simplified tectonic form produce a legible, sculptural, liveable and environmentally responsive form.

The building’s environmental performance was an essential part of the design of the project, and balances both active and passive means to create a highly efficient building. Commercially available systems were adapted specifically to enable a fully integrated services design compatible with the architecture and the budget.

The building is orientated such that the main living, kitchen and bedroom spaces are south facing and contain large glazed openings. The structure provides thermal mass with concrete cavity walls reaching 700mm at their thickest and high levels of insulation. These passive measures are used in combination with a ground source heat pump drawing from 16 boreholes in the landscape and a heat recovery central heating boiler which provide heat for the underfloor heating and water. Underfloor cooling is employed between the swimming pool below ground and the main house above to minimise heat gain. Air treatment technology and mechanical ventilation throughout facilitate further regulation of the internal environment.

A significant proportion of the essential energy requirements are provided by a photovoltaic array of 40 Suntech modules. The client can monitor and maintain all systems and their internal comfort levels using tablet and smart phone demand-based control technology.

The 25 metre long subterranean swimming pool, external plunge pool with movable floor and reflecting pools are treated with smallest amount of chemicals, so that there is no smell of chlorine, and each pool is constructed with a minimum number of discretely located outlets. The “fresh” water quality is achieved through a combination of turnover and filtration principles, and carefully monitored backwash time and frequency. The temperature of each pool may be individually regulated and the movable floor to the exterior plunge pool allows it to act as either a plunge pool, to become a shallow reflective pool or the floor can act as a pool cover and courtyard surface at the highest level. 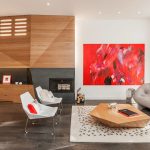 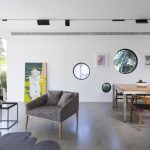