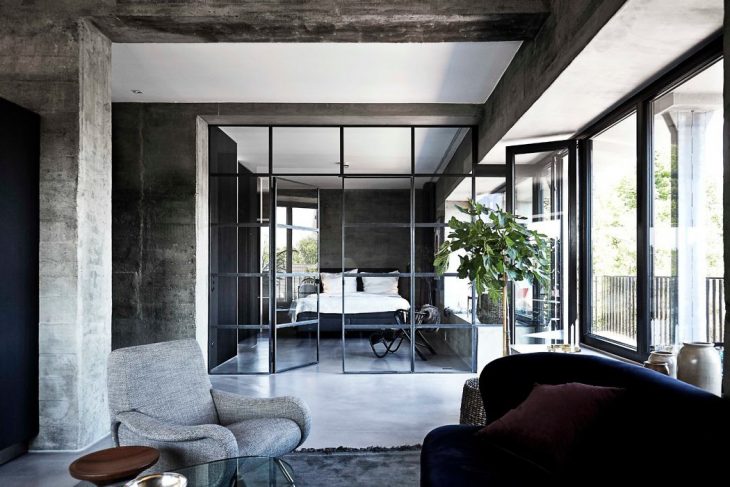 Thomas Schacht designed this inspiring industrial apartment located in a restorated World War II Bunker in Hamburg, Germany, in 2017. Take a look at the complet story after the jump. 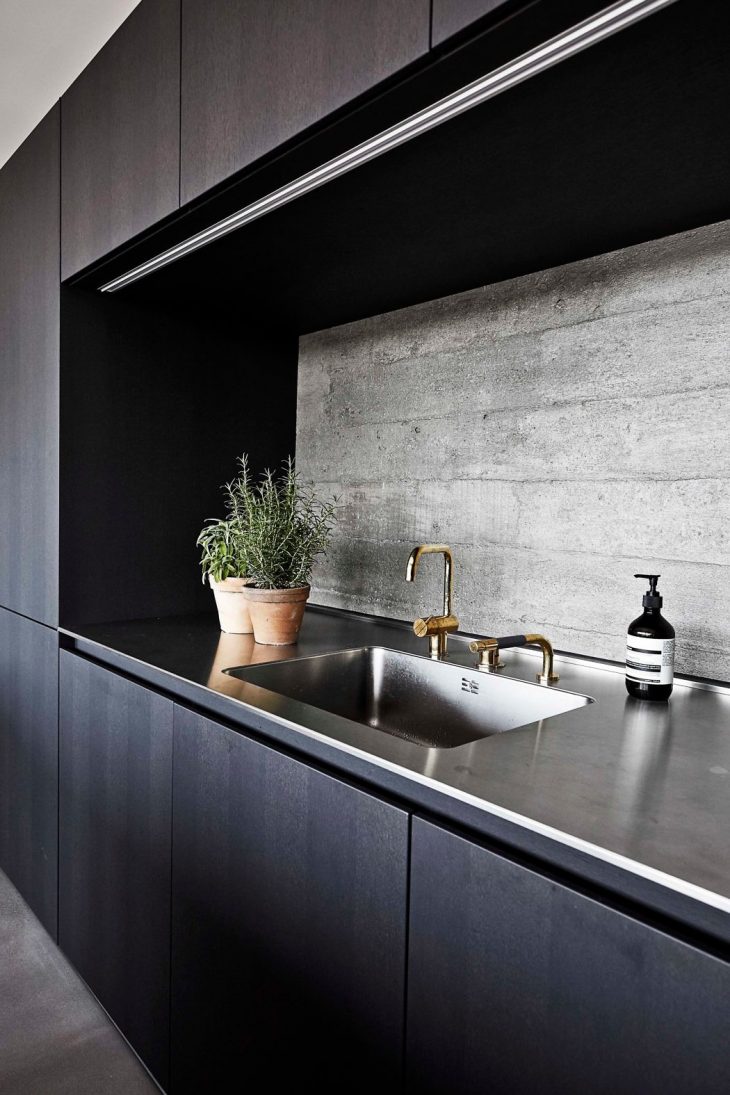 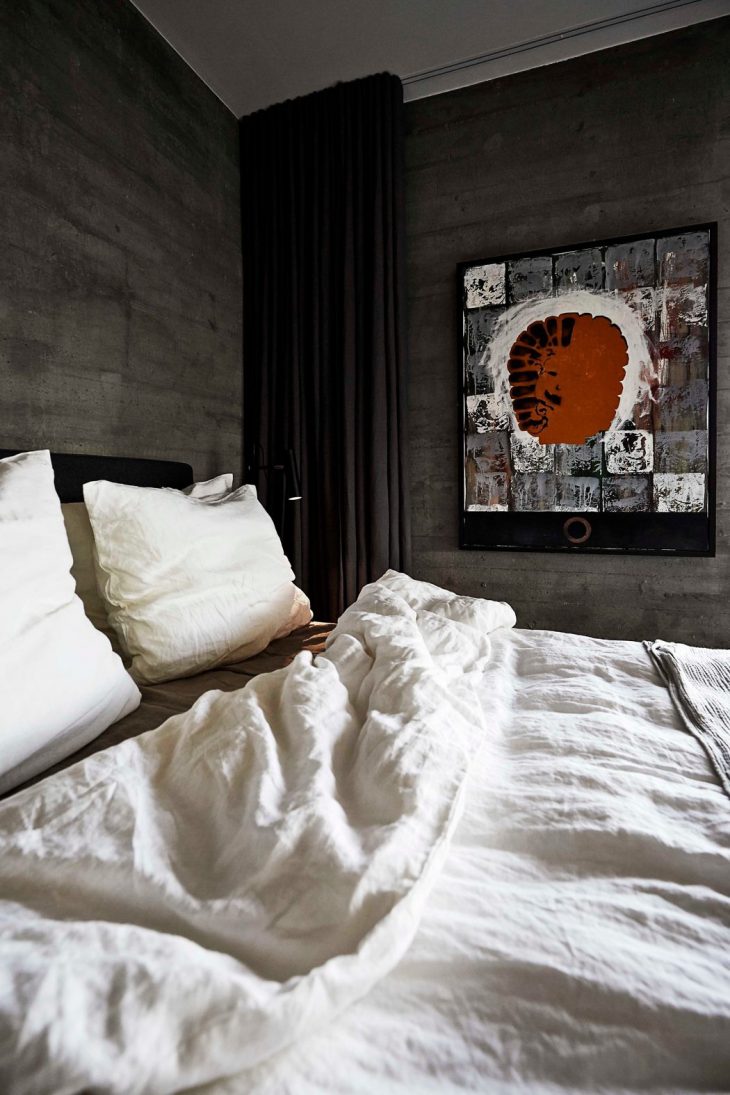 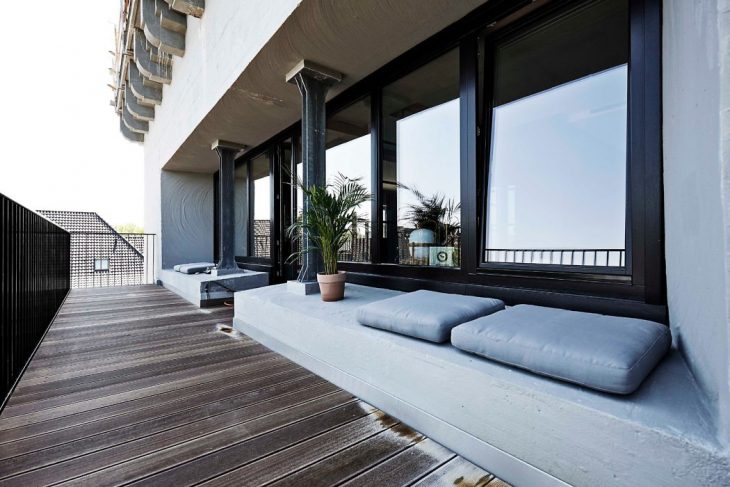 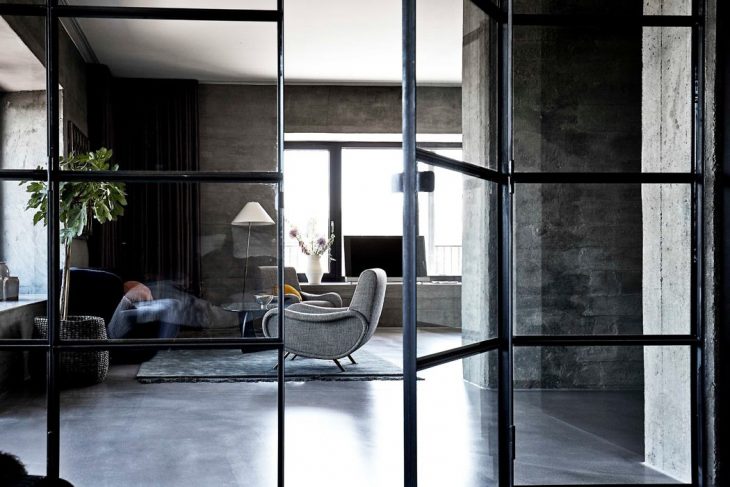 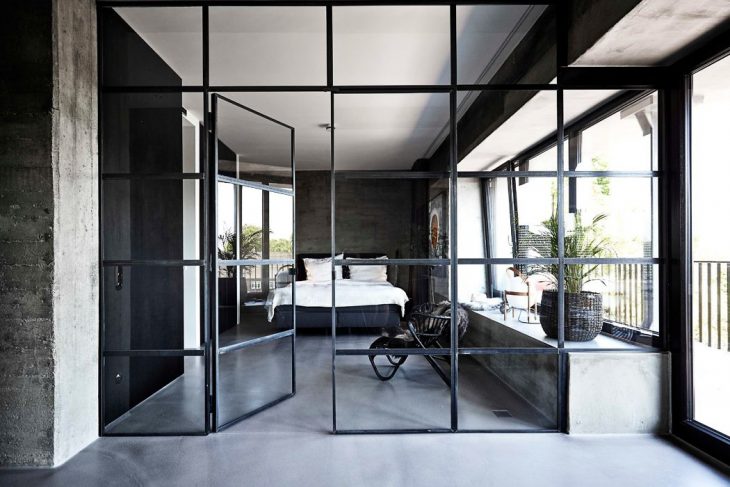 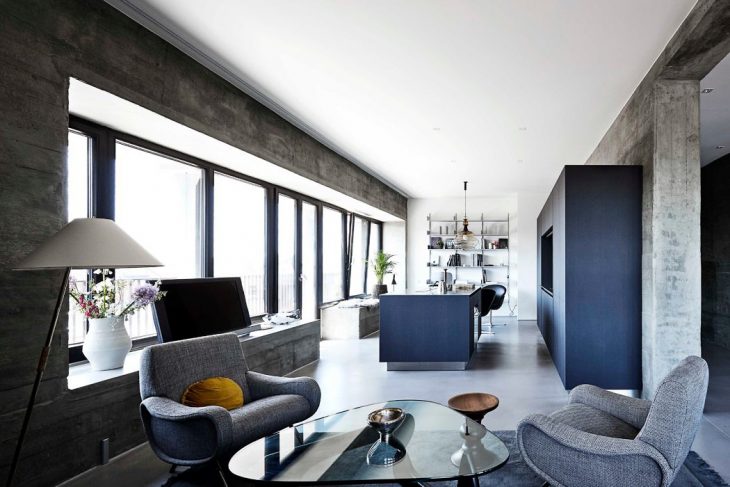 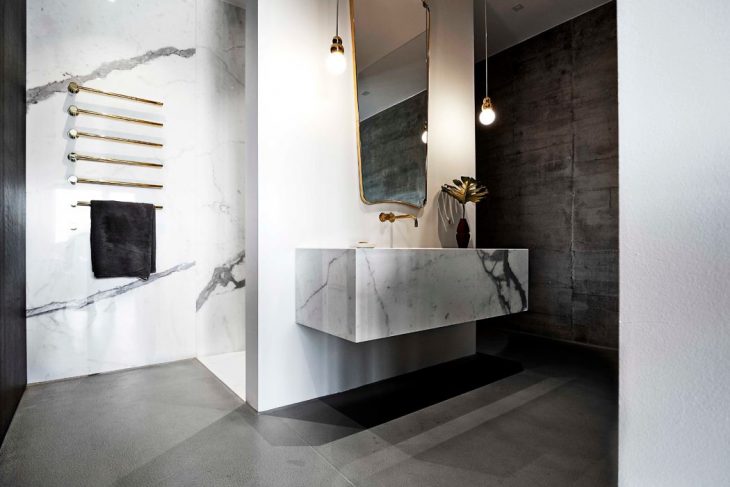 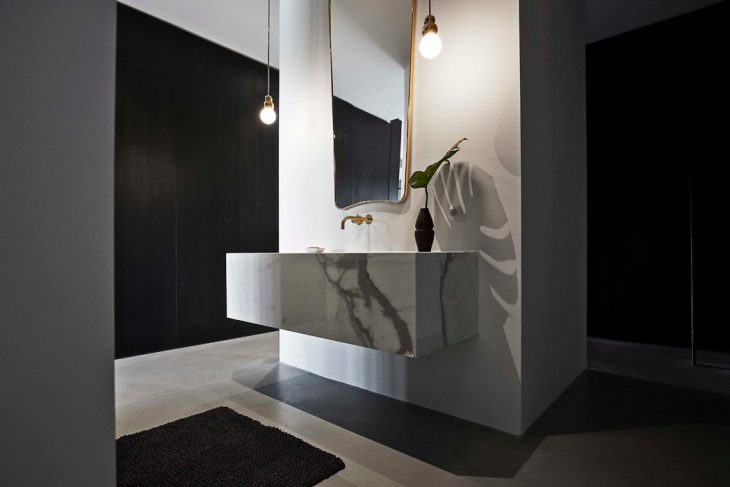 Safe in the city

Staying in the Bunker is a memorable experience ! Close by and yet withdrawn from the endless buzz of Hamburg. You can enjoy the vibe but have your private retreat after a busy day in the City or at work. With all the luxe you are used to in your own private home.Stay like home while you are on the road.

The bunker in Bülowstrasse was built in 1939 as World War II began. The original purpose was to protect the women- and children hospital across the street, but in the last moment it was decided to use it as a part of the hospital. By a tunnel the Bunker was connected to the hospital and during the war, the bunker served as the perfect shelter for new born babies and their mothers as well as offering calm operation theatres for the sick and wounded.

The “Flak-Kanon” was never mounted on the top of the bunker as intended, but instead a Red-Cross flag was painted to clearly mark the purpose of the building. As the Allied bombers repeatedly swept across, Hamburg leaving a devastated city behind, the Bunker and the hospital in Bülowstrasse was left intact to serve its purpose.

For many years after the war the Bunker was forgotten and left to its own fate, which happened to be two young local developers, who for some time had been searching for the perfect project. The renovation and re-invention of the Bunker began in 2013. Due to the nature of the building as well as it is under “Denkmals Schütz” (Protected by law), mend a slow and careful restoration process. Renovating and reusing the structure and then ad something new and contemporary interior design.

In the basement of the Bunker you’ll find the original diesel generator which has been restored. Not that it runs but you can see what i looked like during the war. The generator made electricity and on the walls the old switches and electrical instruments are still there.

Walking up the stairway you’ll notice the big rusty pipes coming out of the walls which we guess was used to transport steam for the heating of the Bunker during the cold winter months.

The Bunker Apartment is your safe nest when you are working in Hamburg for a shorter or longer period of time. It is your home or your hide away for a long week-end.

In a period of 3 years from 2014 to 2017 the original Bunker has been rebuild and renovated to become a unique location close to the city centre of Hamburg. The build is a statement in itself baring witness of another time and a precise purpose of protecting people from what was happening around it.

In this case function dictated form meaning solid concrete and open spaces. We respect that and have left the raw walls as they were made by the hand of workers in 1939. Big windows has been cut in the whole south- south and east facing walls letting in bright light and a wonderful view over the city.

The Bunker apartment offers the highest standard possible in terms of interior design and furniture. It is well conceived in every detail which not only brings joy and but also makes it easy to use. In other words; You will feel comfortable and at home from the moment you enter.