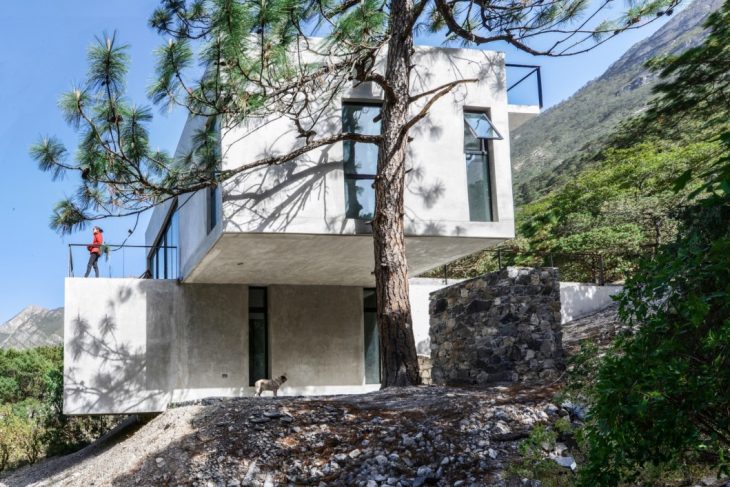 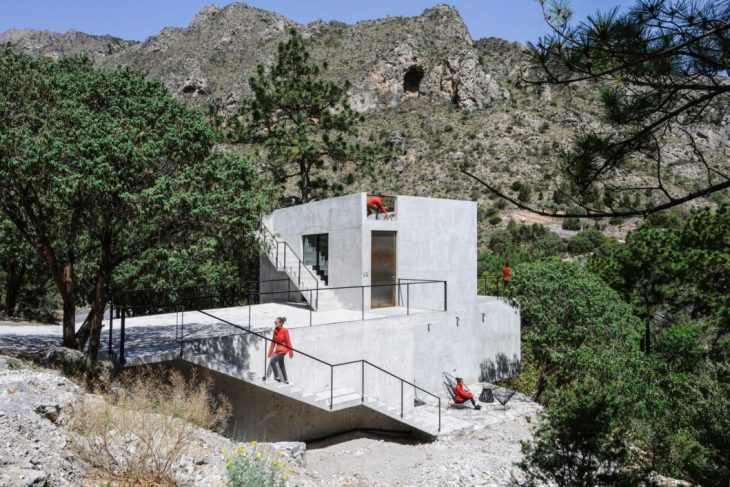 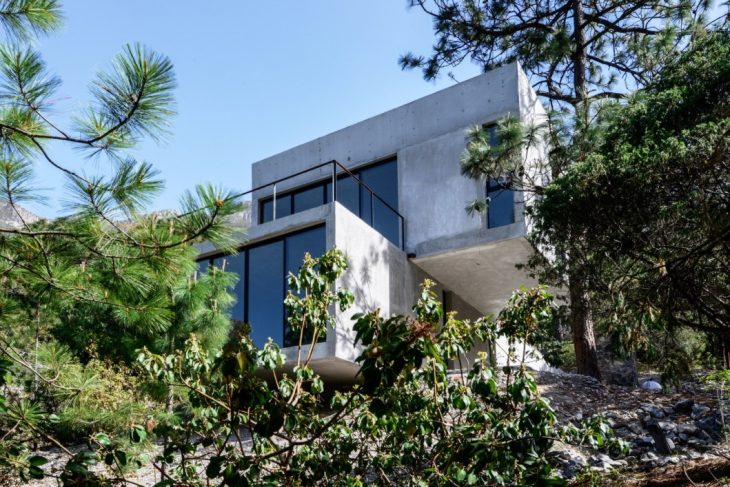 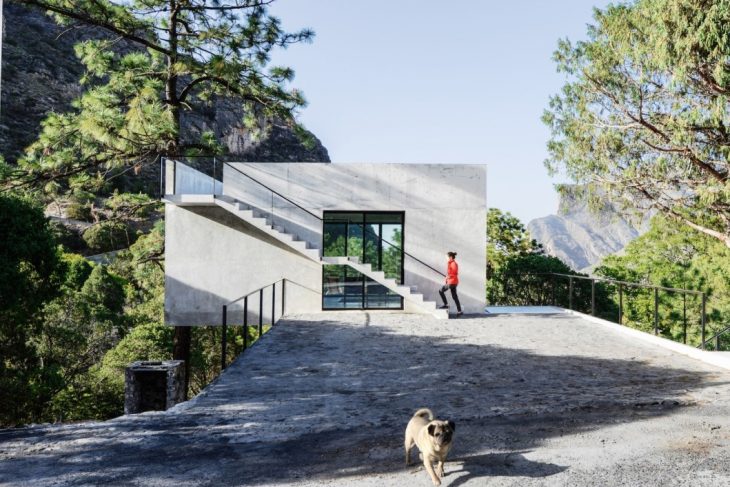 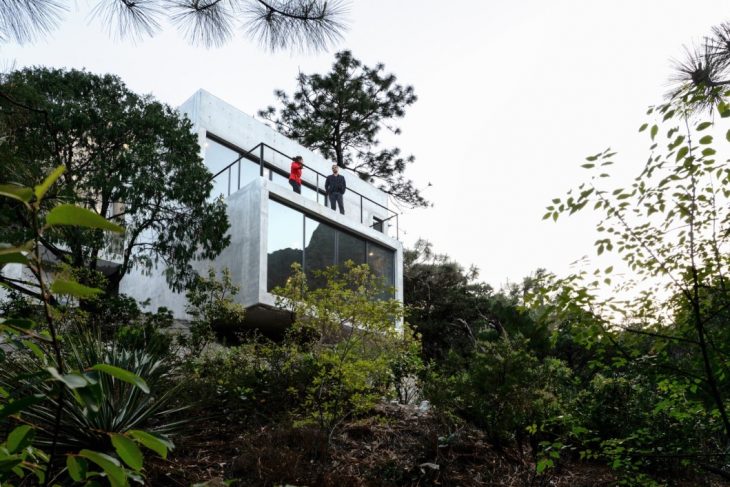 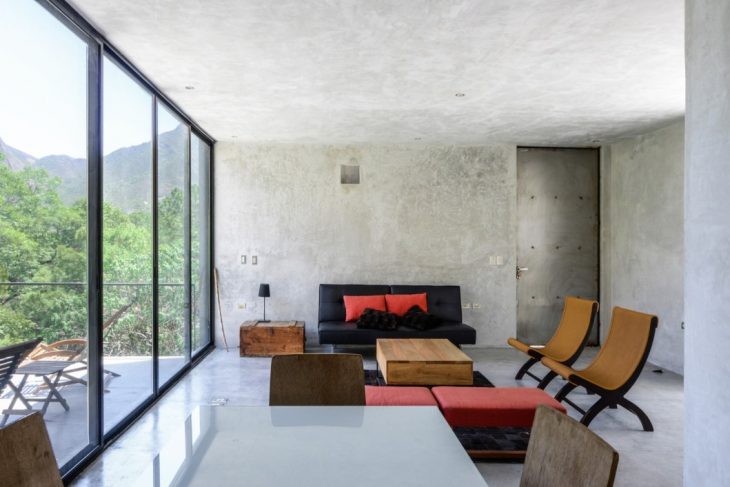 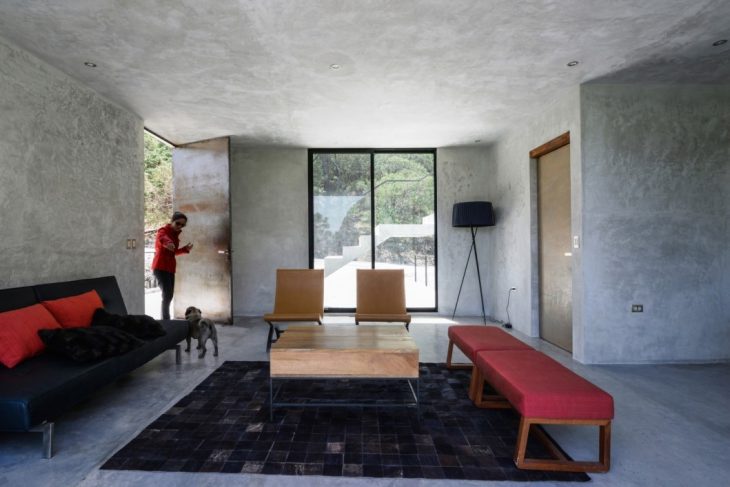 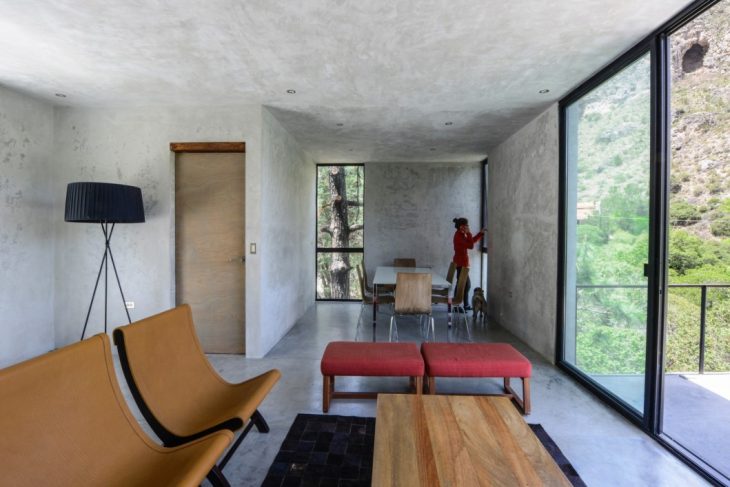 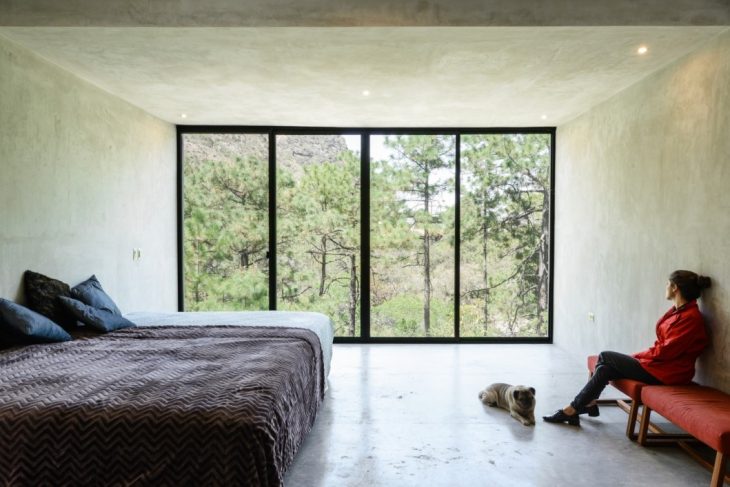 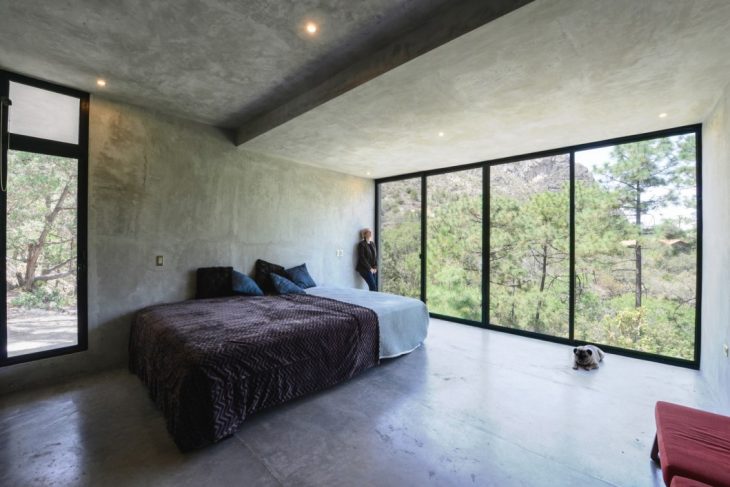 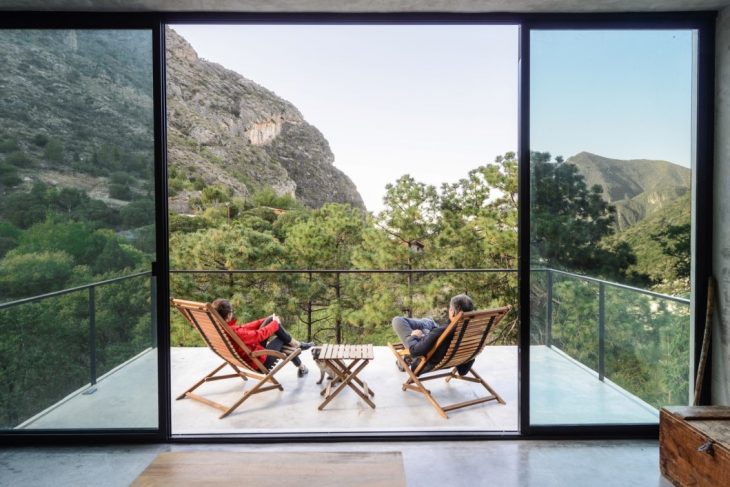 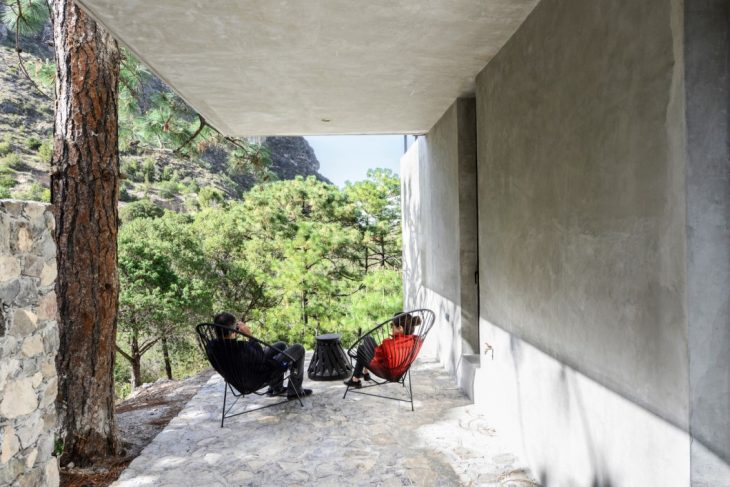 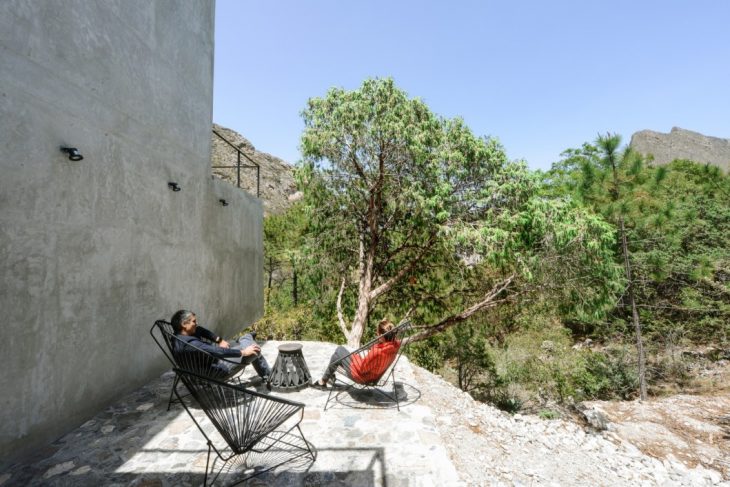 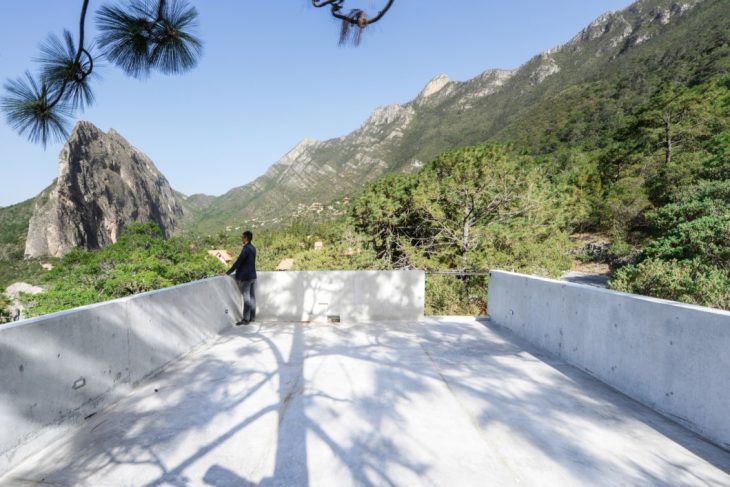 From the architects: A weekend house for a couple was set out in a wooden terrain with descending topography. The best views are located a few meters from the access, in the same place where a dip, that testifies the occasional passing of important quantities of water across the land, is situated. It is right there where we decided to set the house to facilitate the access as well as minimize the presence of the construction in the landscape.

The original proposal was a bridge-house where a large volume, suspended over a ravine will connect the two stone garages supported on 3 points: the guest’s room, the staircase and the grill area. A series of economic blows challenged the bridge project, however, the owners strong will to make the house a reality, even if it was just a part, did not give away.

To achieve a congruent built volume these 2 interiors (2I) are proposed as simple and independent elements placed one on top of the other. The connections between them and the relationship with the surroundings generate 4 outdoor spaces (4E) to enjoy the landscape.

The lower volume consists of a bedroom facing the forest, with a bathroom in the background. It is a semi-underground volume whose apparent concrete walls generate the garage on the upper floor. On these walls a staircase is suspended from the garage giving access to the bedroom. The entrance is through the first of the exterior spaces: a patio crowned with a tree, limited by a series of walls that allow it to be treated as a small plaza.

The upper volume contains a small living and dining room, a kitchen open towards the social spaces and a full bathroom that will allow the volume to function as a bedroom in the future. The block moves to the west to generate an access and remains suspended over the bedroom creating, on the lower floor, a second outdoor space: a covered terrace protected by the shade of the magnificent pine tree and cedars surrounding.

The roof of the bedroom, which leads to the north towards the forest, generates a third open space: a small solarium which is accessed through the huge window that demarcates the room. To the south, a second staircase to access the roof top is suspended from the house social volume. This fourth outer space allows enjoying the most impressive views of the land.

The house resolves almost all the interior surfaces with natural concrete. The structural elements such as banked beams, retaining walls and stairs were left apparent; the polystyrene beam and vault roof, as well as the insulating panel loading walls are flattened with a fine, polished finish. The floors were made also in concrete generating a neutral and clean aesthetic that underlines the beauty of the landscape.

The exterior spaces attached to the ground, such as the garage and the terraces of the bedroom, are resolved in local stone in a rustic finish. The solariums on top of the bedroom and rooftop use a polished concrete finish. The sober and pure materiality cleanses indoors and outdoors underlining the beauty of the landscape and converting it into the theme of the spaces.

Nature activates the project, not only by framing it and creating contrast, but by making the neutral volumes the surface where the shadows of the large amount of trees encircling the house project, adding life to these small pieces that converse with the surroundings with small contemplation points. The relation between interiors and exteriors establishes a new dialog with the woods and the mountains. 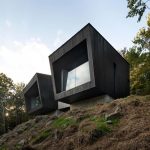 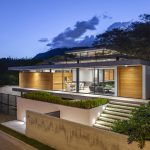