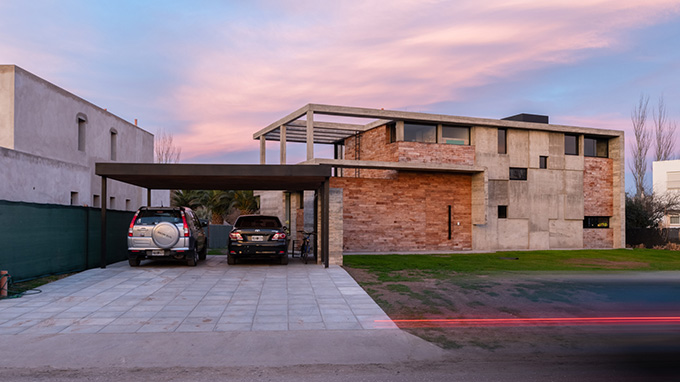 Pinasco/Pinasco Arquitectos designed this stunning private residence located in Córdoba, Argentina. Designed as a compact volume, with a facade closed to the street and a large main facade, with several rooms of the house overlooking the garden. Take a look at the complete story after the jump. 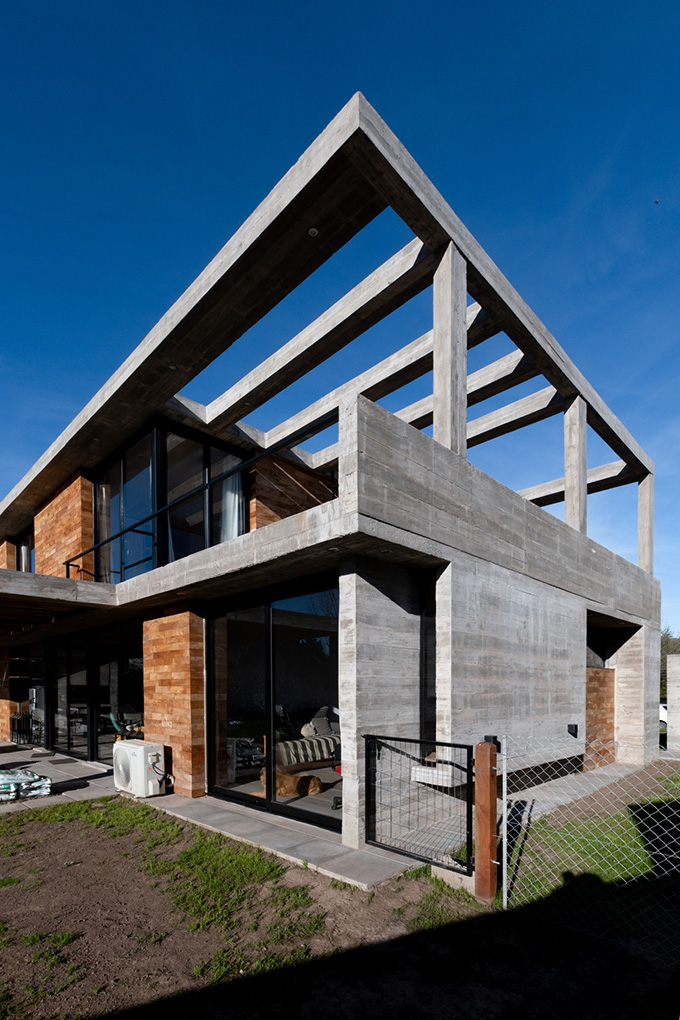 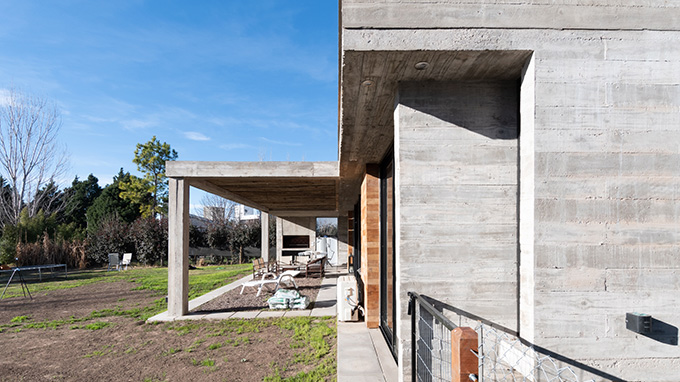 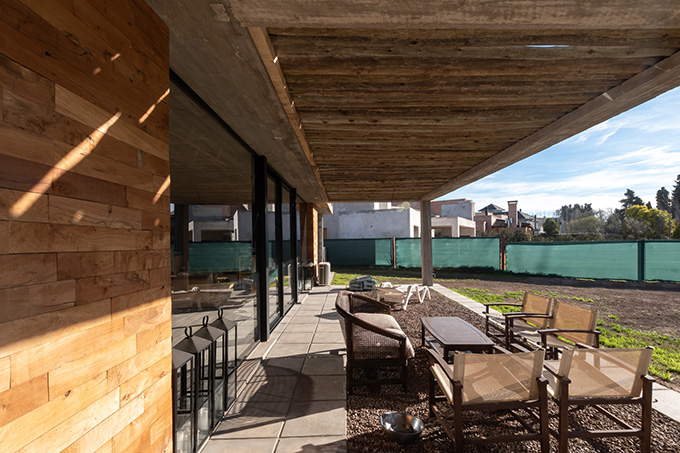 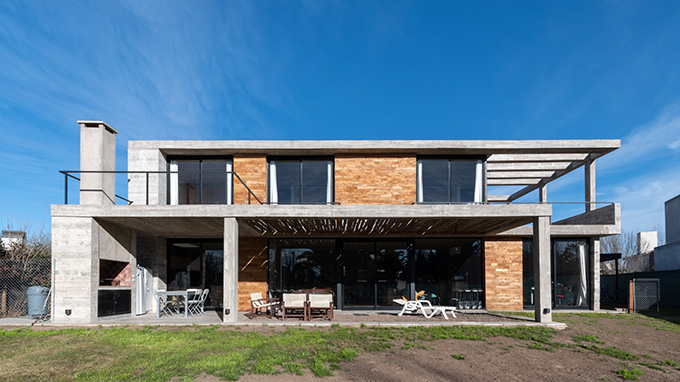 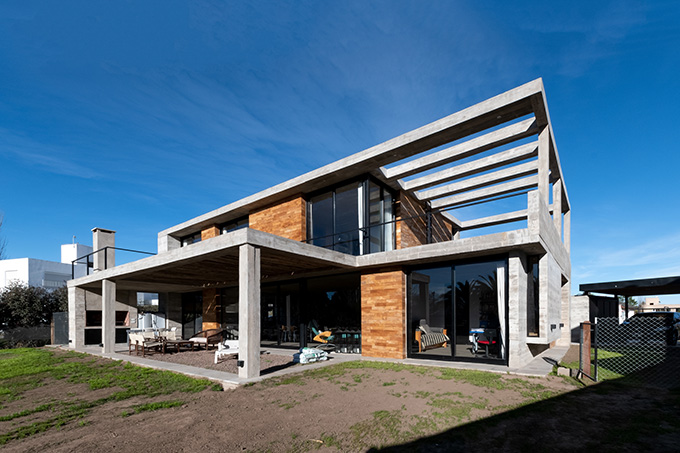 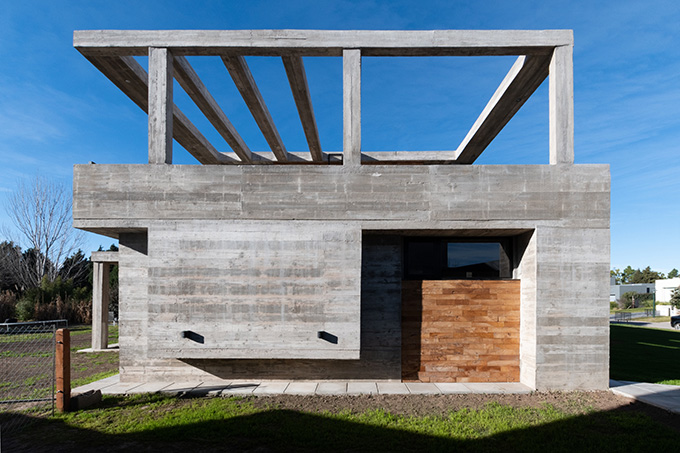 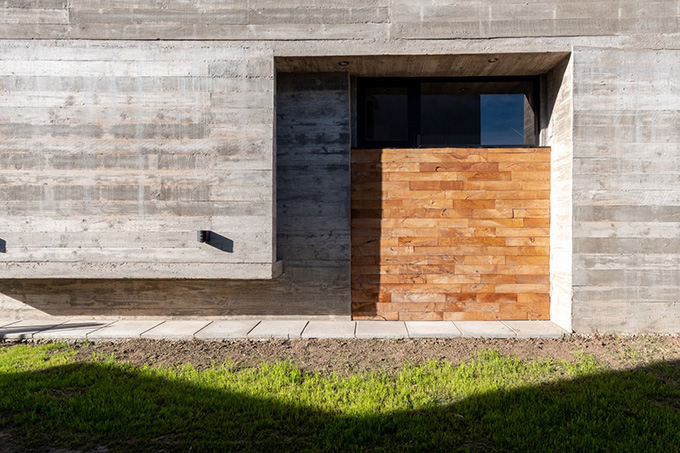 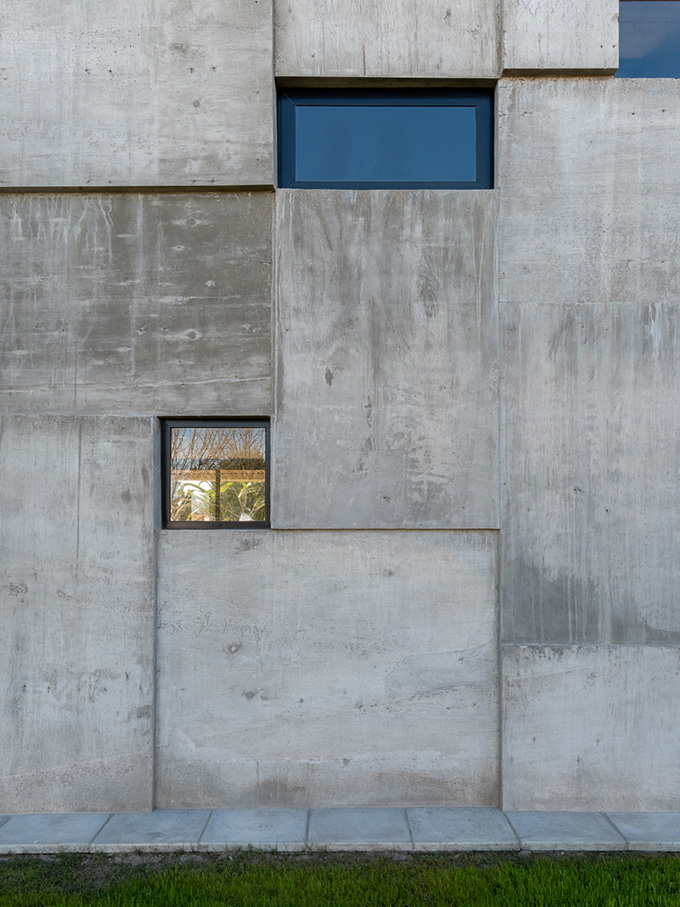 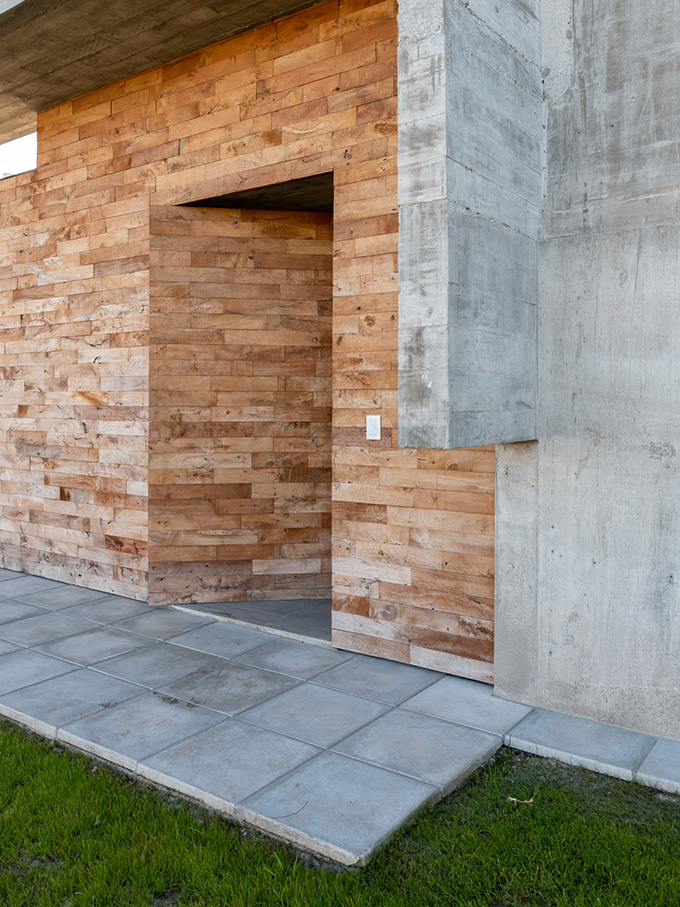 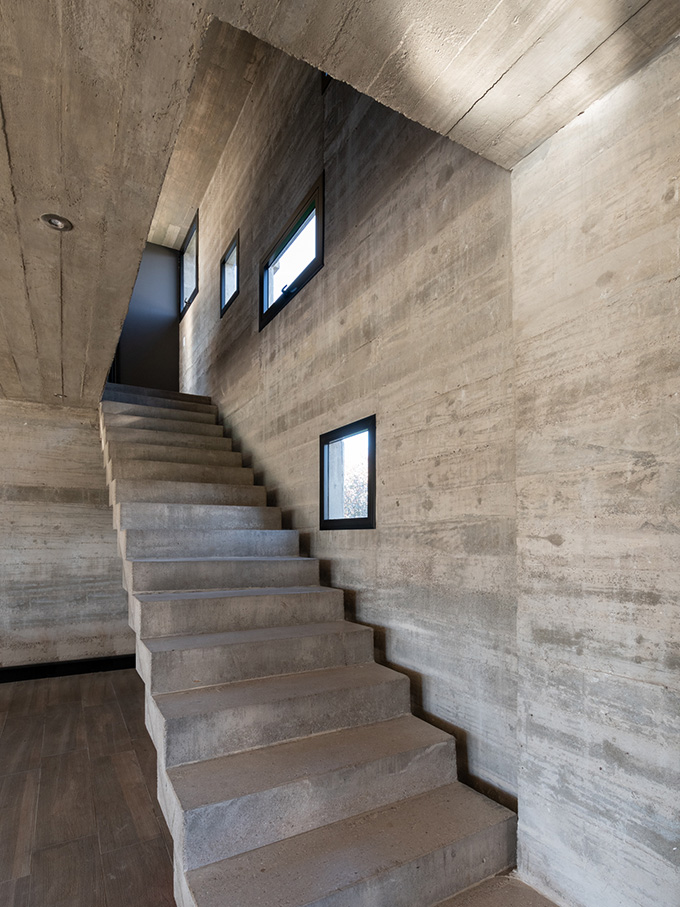 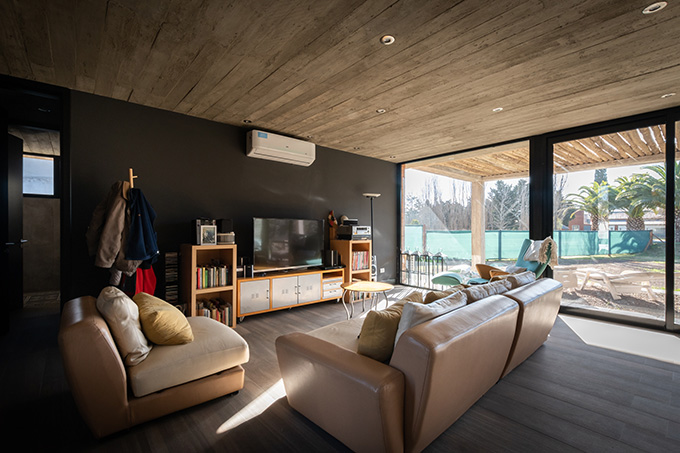 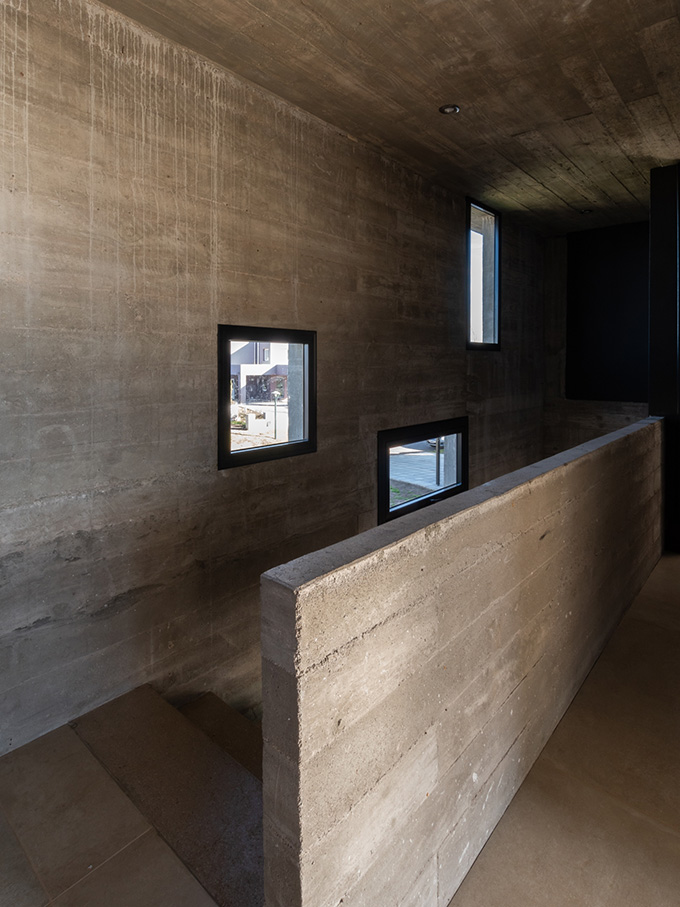 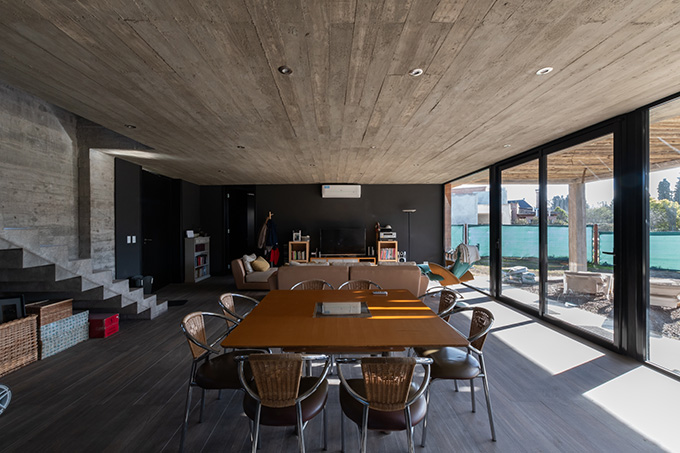 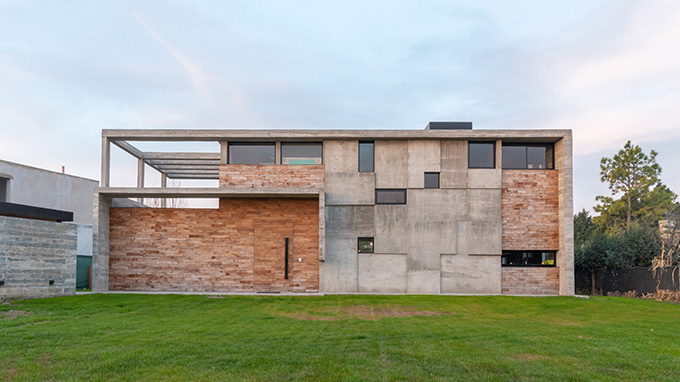 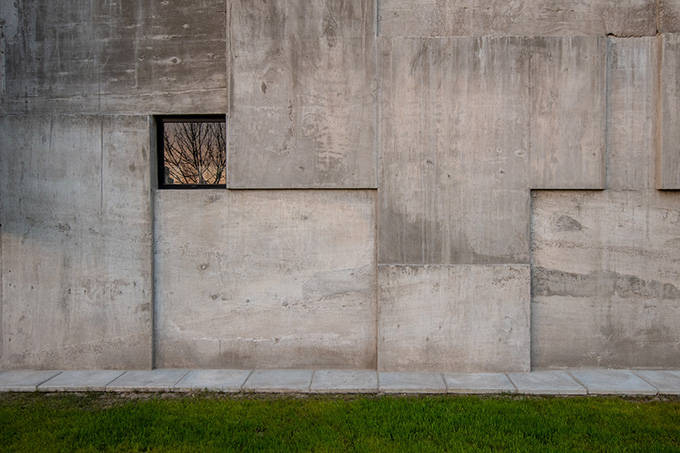 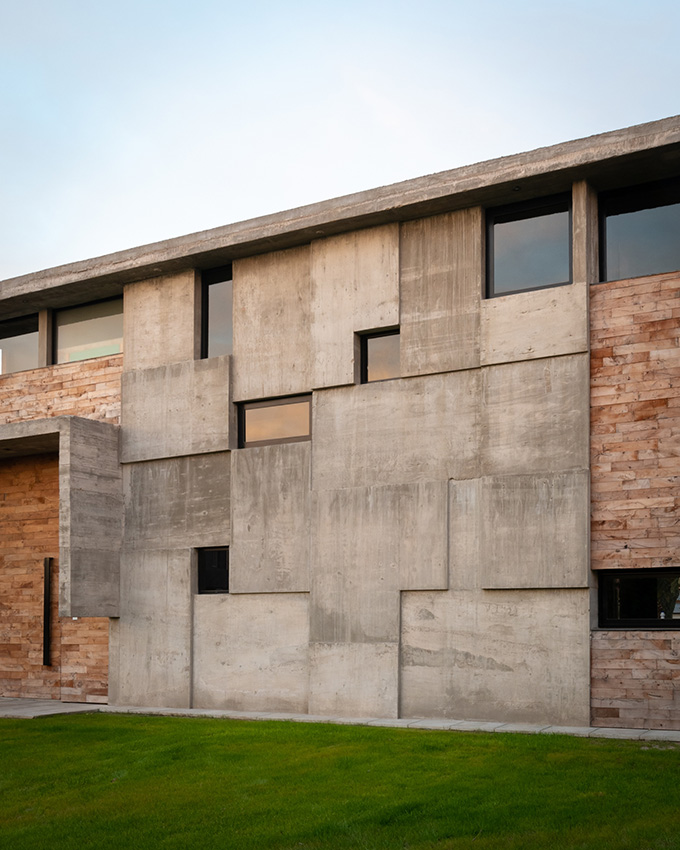 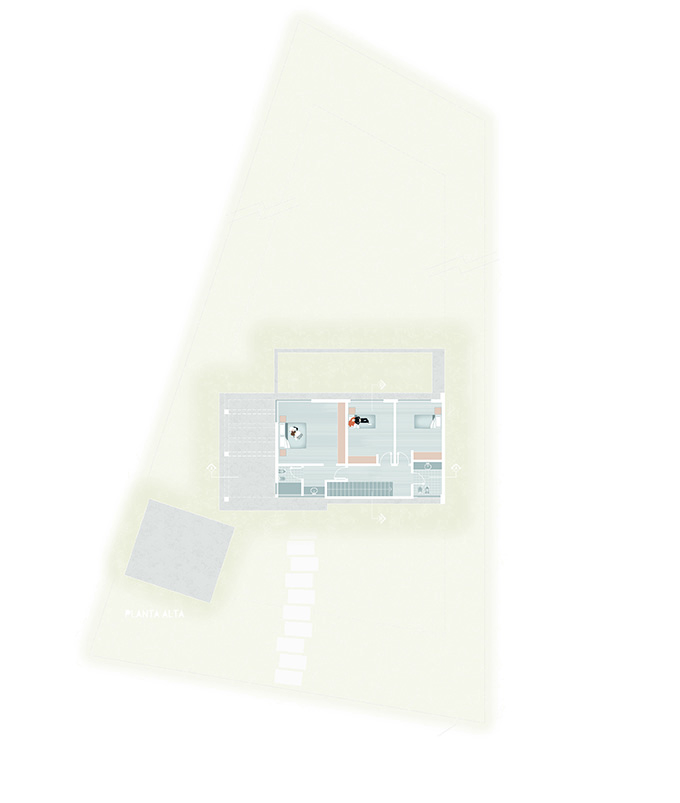 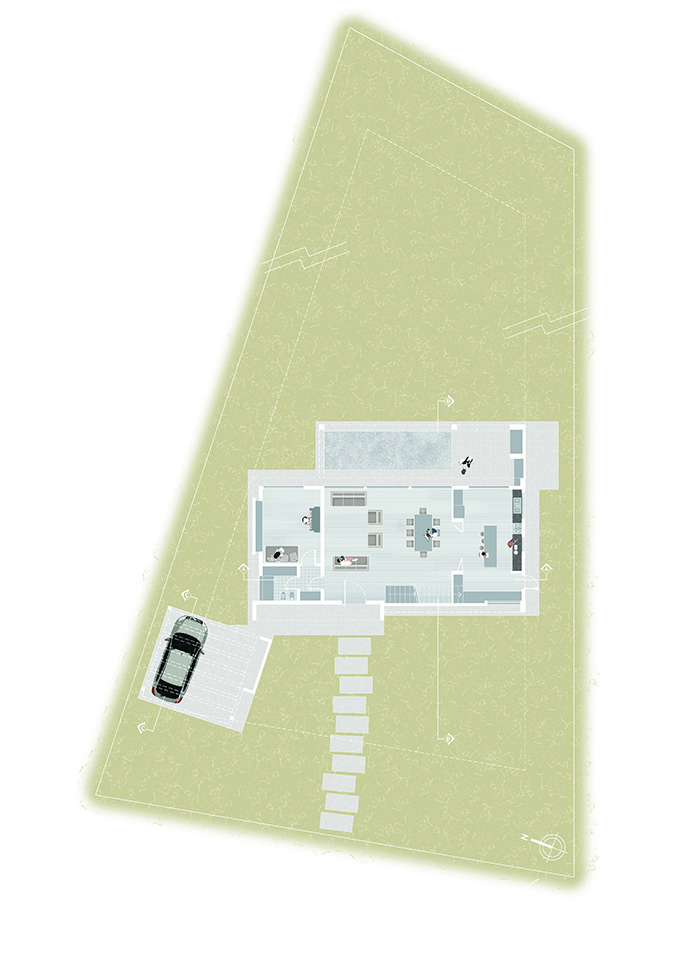 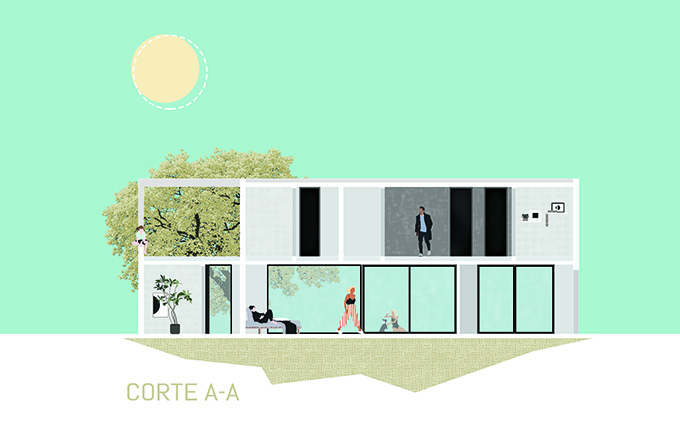 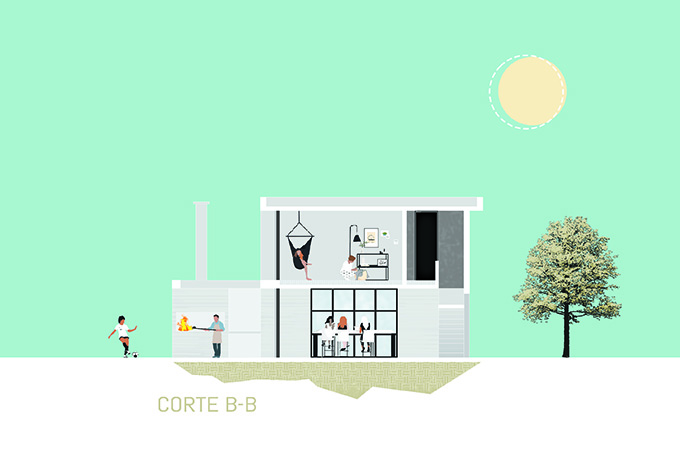 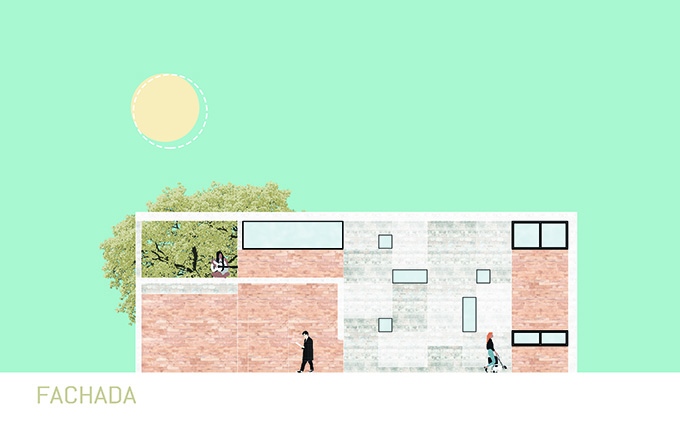 From the architects: The land chosen for housing, is a lot with a wide front, which was decreasing towards the back wall, which allowed us to design a large main facade, with several rooms of the house overlooking the garden.

First, the house was designed as a compact volume, with a facade closed to the street. We seek to generate a set of planes with concrete, a resource that was used to play with the design and location of openings that ventilate the circulation core, and also to grant some privacy and protect that from the direct incidence of western rays. On the other hand in its counter facade, the house is losing that robustness and opens completely to the garden.

The solidity of the façade is dematerializing at the auctions, and terraces covered with pergolas of the same concrete seen appear, which give the group some transparency and lightness.

The main idea in the materialization of the house, was to choose textures and materials in their raw and natural state, contemplating their own old age. Participating in both the exterior and interior prominence of the house, also appearing on the stairs, kitchen island, bathroom counter 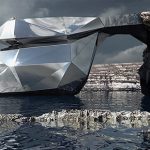 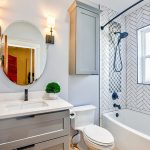