The city is a major world fashion and design capital. There also important museums, theatres and world recognised landmarks such as the Milan Cathedral, the fifth largest cathedral in the world and Santa Maria delle Grazie, decorated with Leonardo da Vinci paintings and a UNESCO World Heritage Site. Milan attracts over 6 million visitors a year.
Expo 2015 is the next scheduled Universal Exposition after Expo 2012, and will be hosted by Milan, between 1 May and 31 October 2015. The theme chosen for the 2015 Milan Universal Exposition is "Feeding the Planet, Energy for Life". This embraces technology, innovation, culture, traditions and creativity and how they relate to food and diet.
Attendants to the Expo are expected to include over 130 countries plus a significant number of international organisations.

AIM OF THIS COMPETITION
The aim of this International Competition is to design an Information Pavilion within the World Expo Park in Milan.
This competition hopes to achieve the following:
_Encourage and reward design excellence which integrates function, structure, details and the spirit of the World Expo theme.
_Research, respond to and highlight the unique aspects of designing an information pavilion that will be used by visitors during the World Expo.
_Encourage the employment of sustainable design in all aspects of the proposal.

COMPETITION STRUCTURE
This is a single stage Competition with the aim of identifing the most appropriate proposal, which best satisfies the general and specific objectives of the contest.

THOSE ELIGIBLE TO PARTICIPATE
Architects, Architecture Graduated, Engineers and Students. Interdisciplinary teams are also encouraged to enter the Competition.
Submissions can be the work of an individual or a group up to 4 members and there is no age limit.

This is an open International Competition hosted by [AC-CA]™ to generate progressive contemporary design ideas. There are no plans for the Pavilion to be built. 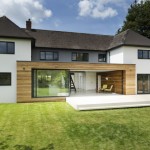 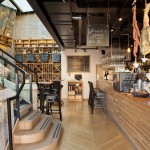