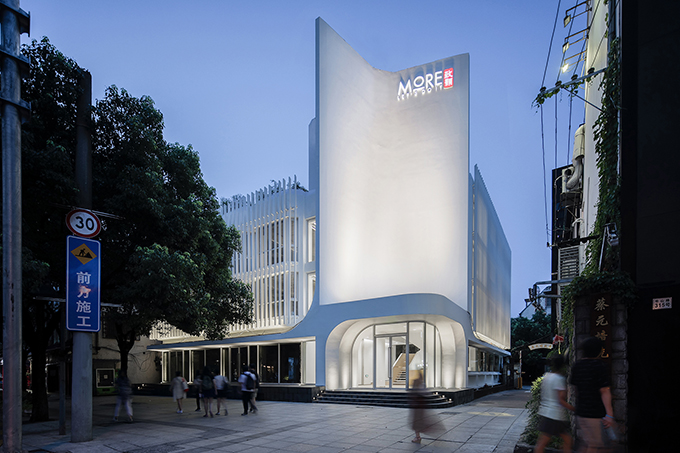 ArchUnits were in charge of completely renovating an office building near Shanghai Jing’an Temple. Unlike the original office building that was packed with small office spaces, the new project titled MORE Huashan features an open plan that encourages communication and sharing. Take a look at the complete story after the jump. 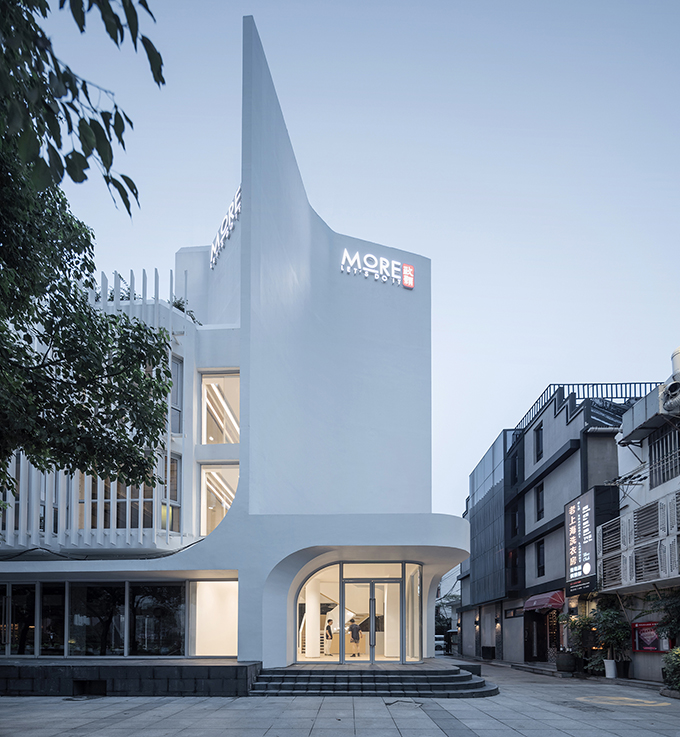 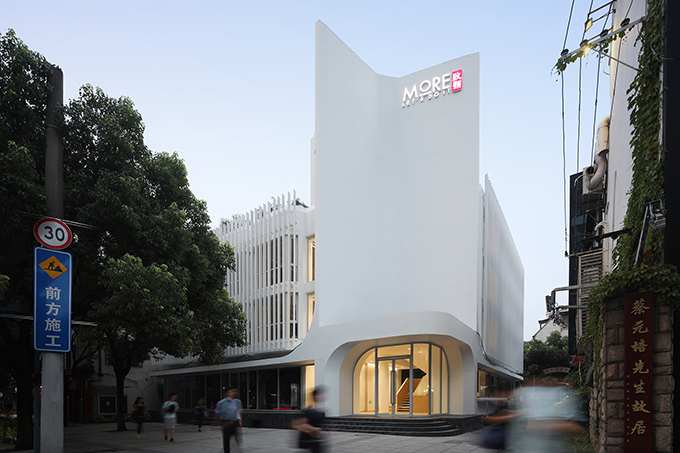 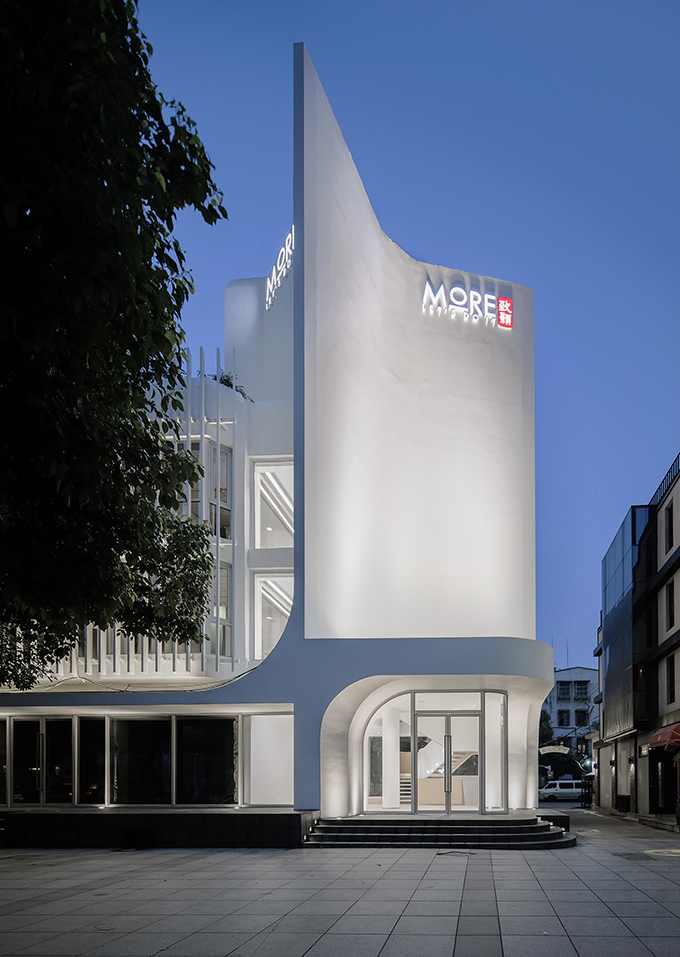 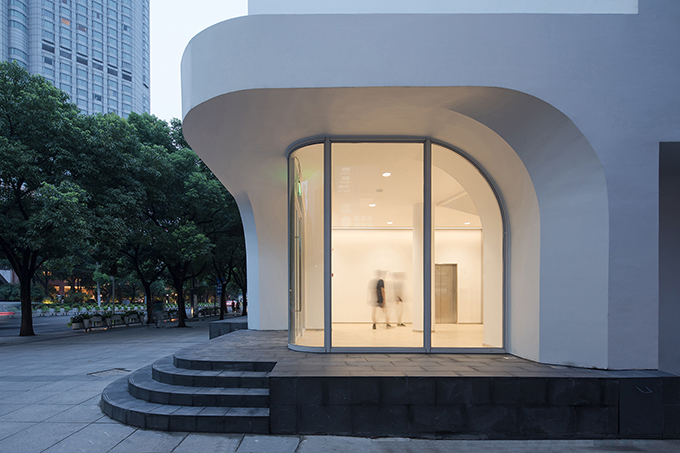 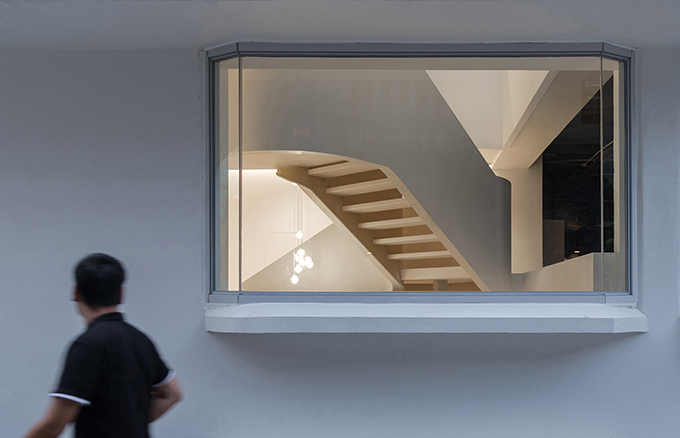 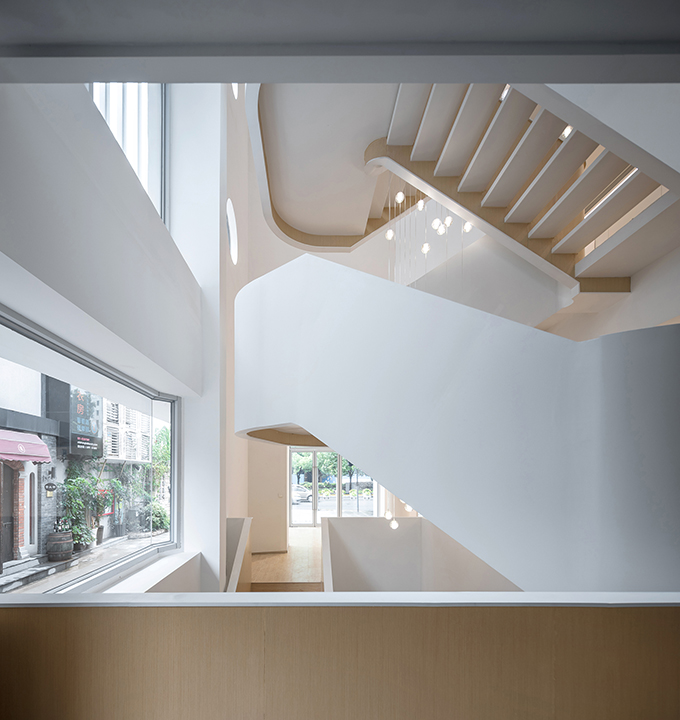 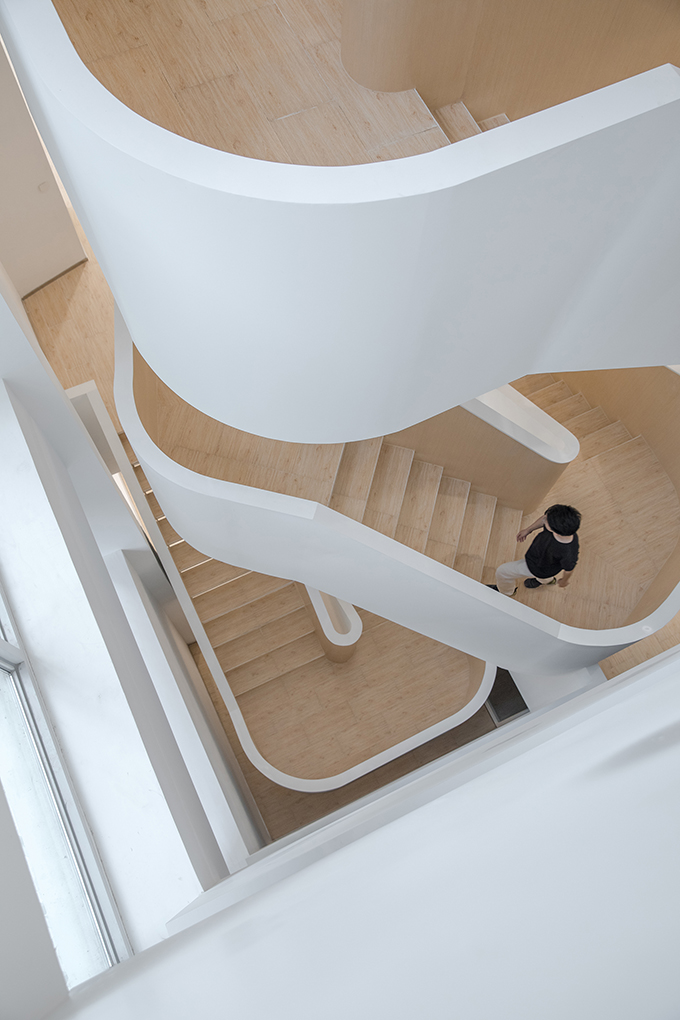 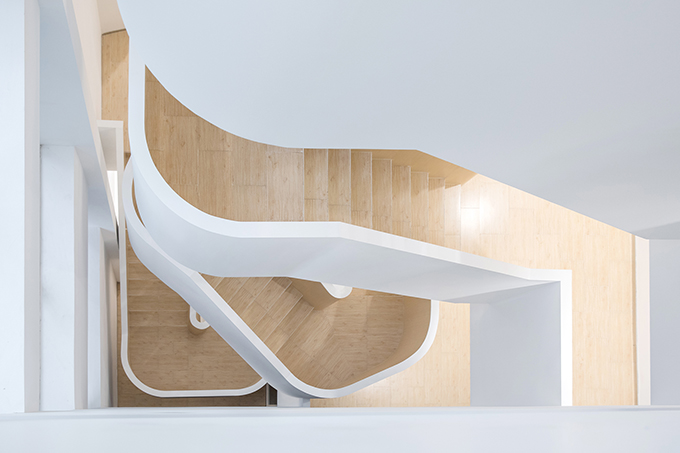 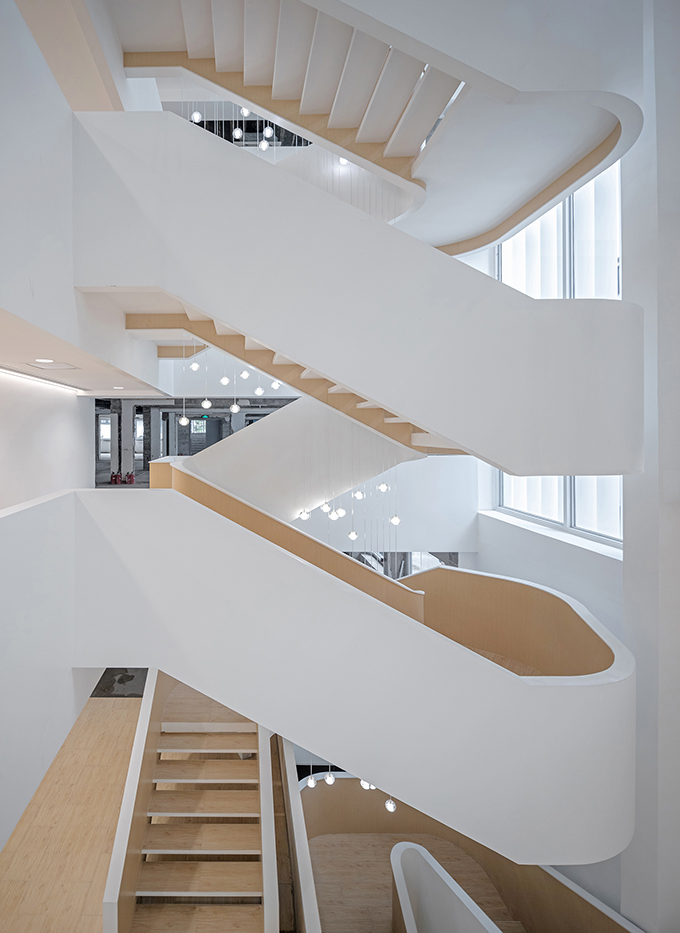 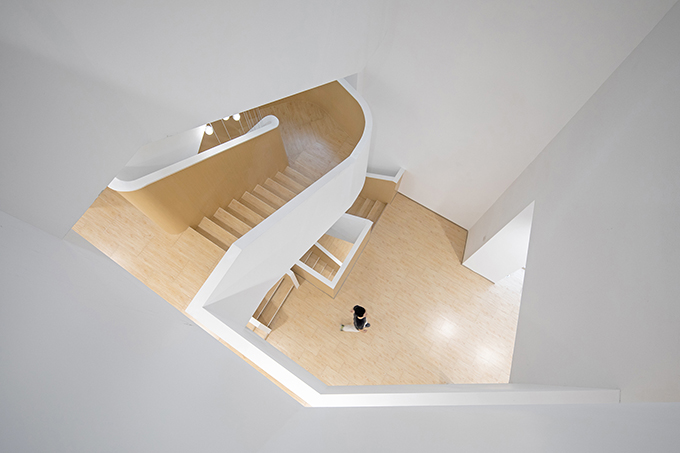 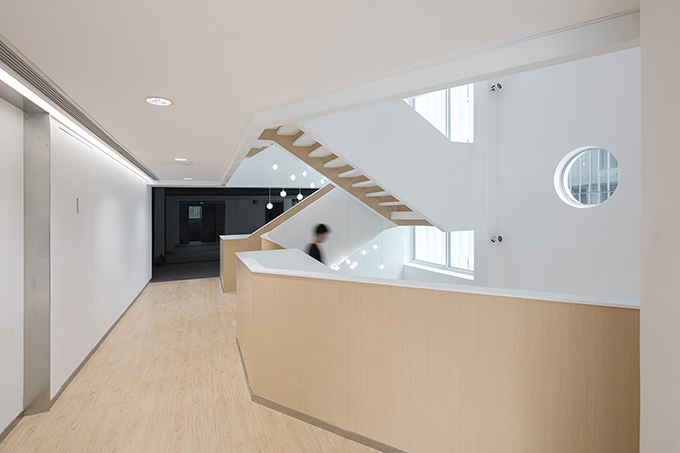 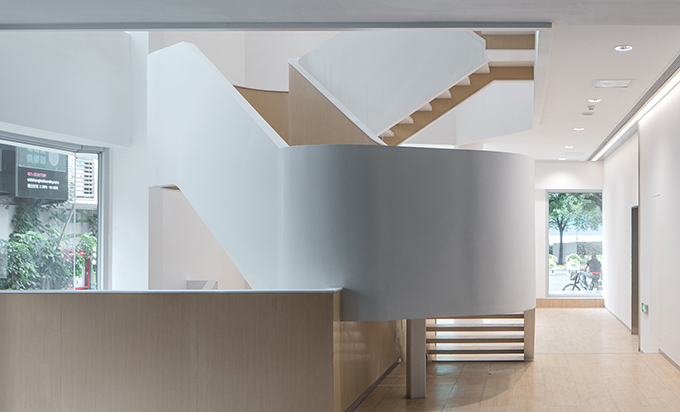 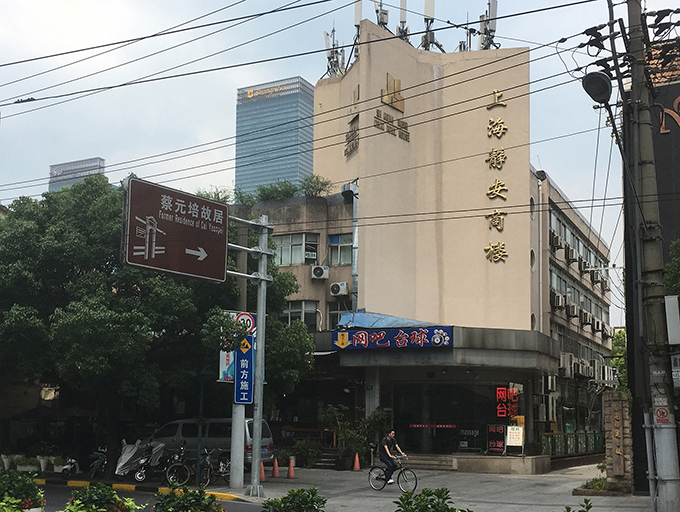 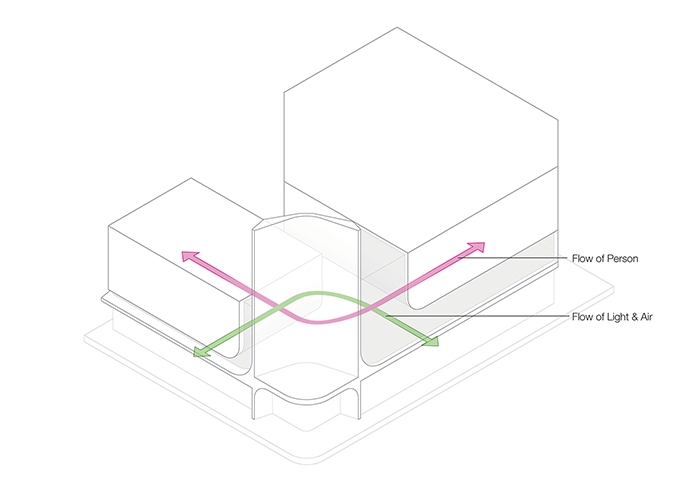 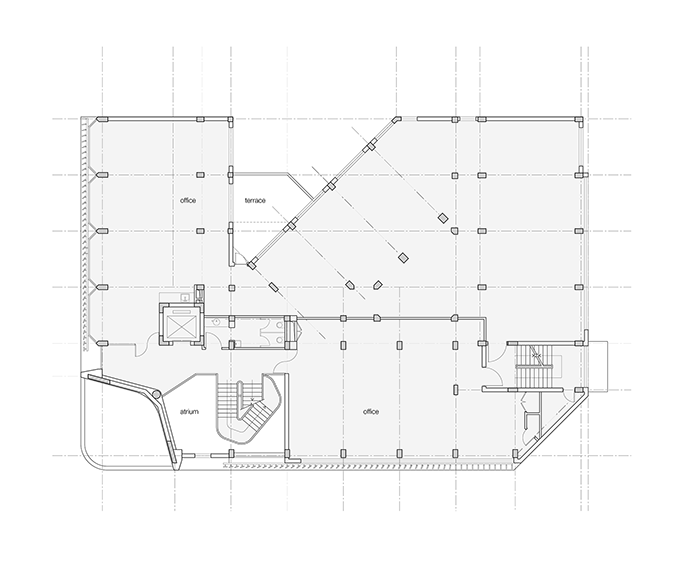 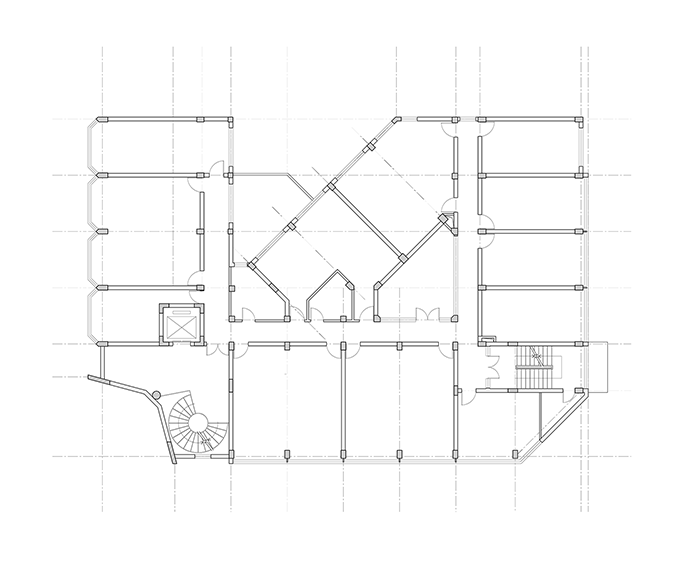 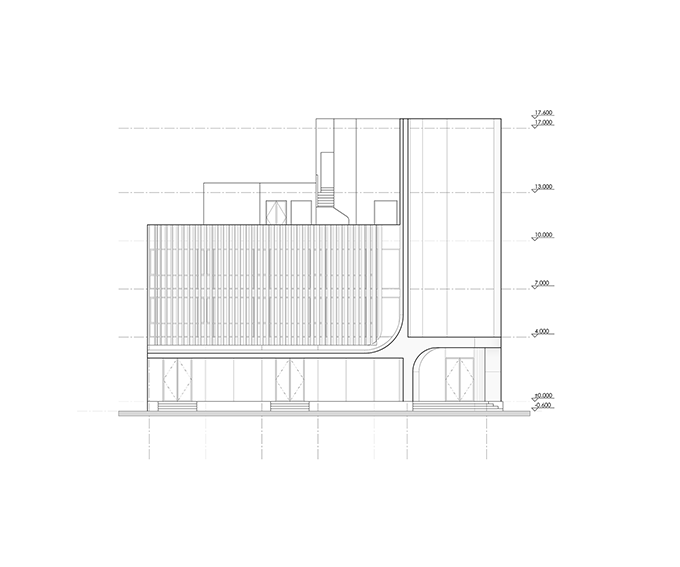 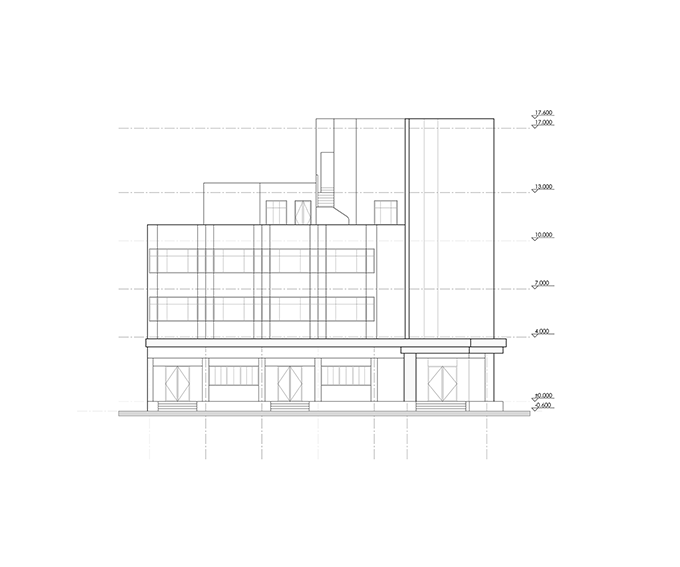 From the architects: Shanghai-based young architectural office ArchUnits has recently completed the exterior and interior renovation of an office building near Shanghai Jing’an Temple. The original building, built in the 1990 and packed with crowded small office rooms, has been transformed into a new type of office community of openness, communication and sharing – MORE Huashan.

The building is located in the former concession area of Shanghai. It is not a historical building itself, but it is surrounded by a wild profusion of camphor trees and traditional lane houses. Due to strict renovation restrictions near the historical area, the original height, building outline and main structure is kept untouched strategically. A large tall concrete wall facing Huashan Road is the highest point of the original building, and was regarded as the symbol of this building. The tall wall is retained, and it becomes the starting point of the design.

Starting from the tall wall, ArchUnits has re-formed the morphological relationship of the facade with some curved surface in key locations, so as to mitigate the original rigid building boundary, and soften the visual perception of the whole building. This makes the building have a softer presence in the surrounding historical district.

The layer of transparency of the facade is further enriched: the tall wall is solid. The vertical lamella acts as west sunshades to provide a more even light environment for the office area. A curved transparent “gap” is created between the wall and the lamella, corresponding to the interior atrium, which brings the sunlight and tree shadows indoors. The permeability of facade make the building less volumetric, thereby alleviating the pressure on its neighbour lane houses.

For interior renovation, ArchUnits mainly did subtractions. The restrained use of materials and the concise atrium enclosure accentuate the spatial quality of the four-storey atrium. This atrium space is also a reflection of external facade, creating an intimate internal and external correlation. It is the small but veritable centre of the space, where people, sunlight, air, and communication closely interact with each other.

As a spatial centre, a focal point is needed for the atrium. The staircase is offered to play such a role as a unique spatial installation. The new dancing staircase hovers from floor to floor, creating an exclusive atrium image, attracting more people to use the atrium, and increasing the density of communication. 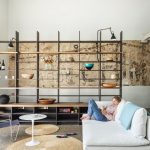 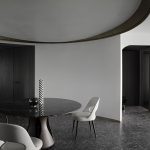