Ryan Nelson a man born in Chicago USA, worked here and there, moved around the world, ended up in this little hole – the city of Liberec. City that is still not sure whether it´s more German or Czech. He started modest business selling what he knew best. The business was too small to satisfy the great man´s ego. He found a space in 19th century building build as showroom for piano factory. In present owned by hard to talk Italian. It was not cheap neither easy but he got the keys.
Next step, Ryan is looking for an architect. He found an obscure office in the top floor of 1920´s modernist tower. He entered a shabby office where three architects sit around their tables. Those three call themselves Mjölk – Swedish word for milk, the origin of a name is a mystery to Ryan. One of three architects who takes care of Ryan is a Ginger.

Ryan: Uh, I want you to create a space where guys like you can do their business in comfort and feast after a good deal is done. Can you do it?
Ginger: When you´re good at something never do it for free.
Ryan: The most important thing in business is honesty, integrity, hardwork… family… never forgetting where we came from.
Ginger: What is it that you are selling man?
Ryan: I am like any other man. All I do is supply a demand. I own my company. And my company sells a product that’s better than the competition at a price that’s lower than the competition.
Ginger: We can do that for ya.

The works has started it was a hard birth. Everything took a long time. Ginger was obsessed with lights and metals and insisted on every piece he designed. Ryan found a contractor to do the hard work and build everything.
The contractor was tough enough man, but in this project, it was a different story. He tended to cry and doubt his faith. There was a meeting on the construction site two weeks before opening.

Contractor: We got into all the trouble you could ever imagine.
Ginger: When you plan something well there’s no need to rush.
Ryan: Uh, man you´ll end up in hell. What is that you got on?
Ginger: What? This?
Ryan: Yeah, that.
Ginger: This is a very, very, very nice suit.
Ryan: That’s a very, very, very nice suit, huh?
Ginger: Yeah.
Ryan: That’s a clown suit.
Ginger: Never let anyone know what you are thinking.
Ryan to ginger: See, ya are what ya are in this world. That’s either one of two things: Either you’re somebody, or you ain’t nobody.
Ryan to contractor: Can we ever finish it in time?
Contractor: Don’t you believe to your own damn legend? Of course we can.
Ryan to both: Uh, If not I am doomed, and you two you go down with me!
Ginger: Nobody panics when things go “according to plan”. Even if the plan is horrifying
Ryan: Uh, Uh!

At the entrance door in the hour of opening:

(Gingers voice from inside to audience)
Ladies and gentlemen, let us proudly introduce you to the great “Chicago grill” 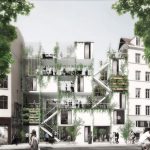 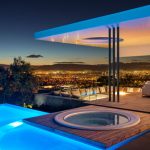