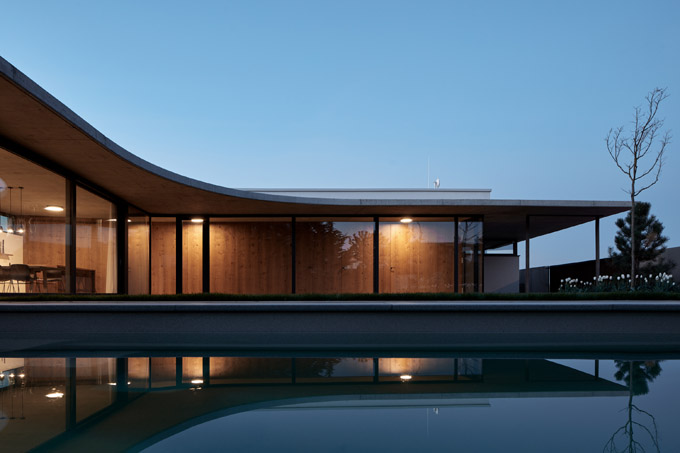 Studio Compass Architekti designed a family house based on three simple requirements: a small house, no stairs and lots of space for nine grandchildren. The concept centers around a green atrium complemented by the house. The house is shaped in a form of the letter L defines the atrium on its two sides. Take a look at the complete story after the jump. 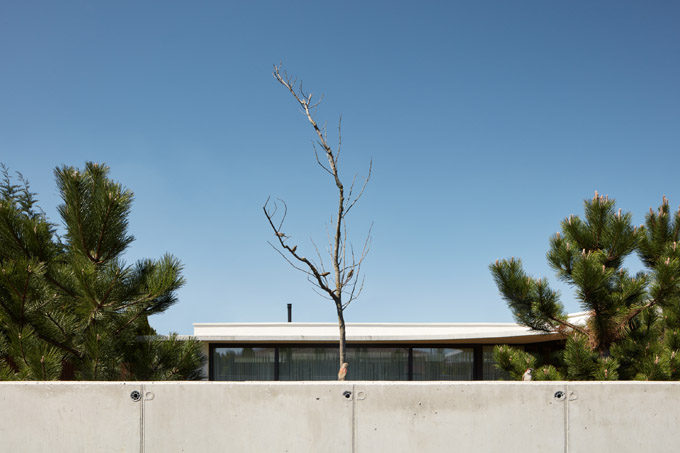 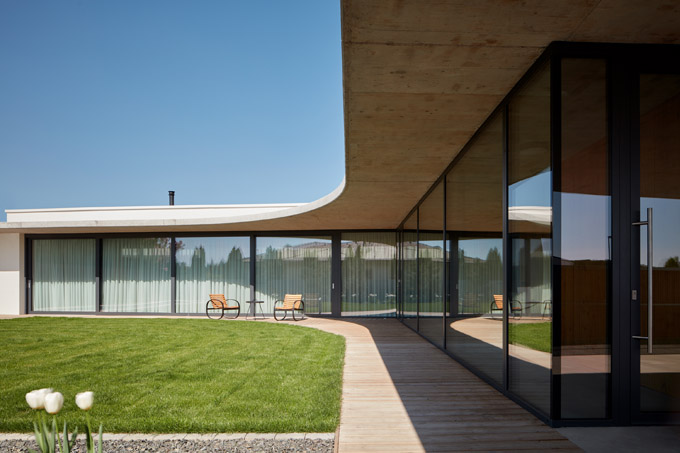 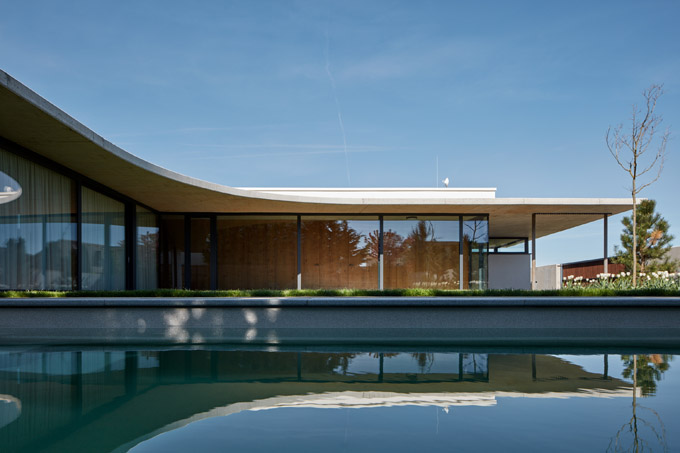 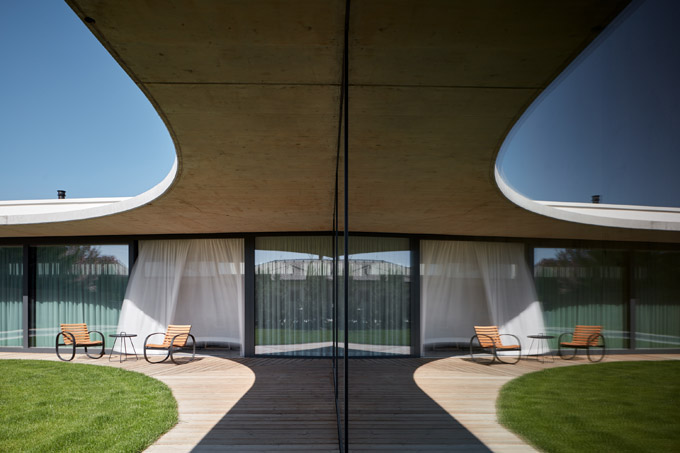 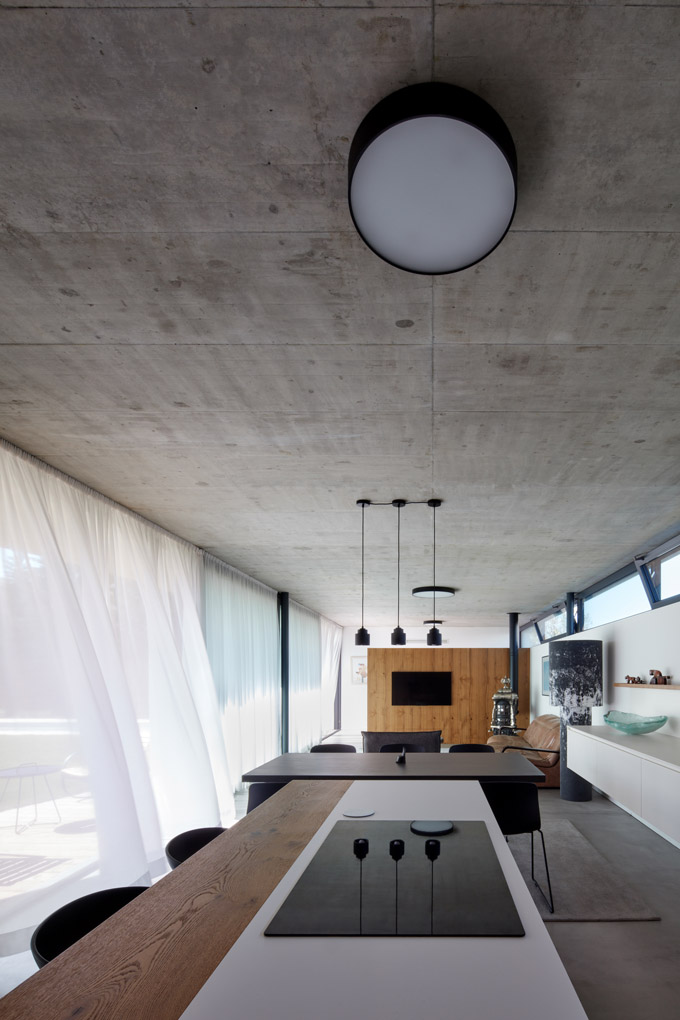 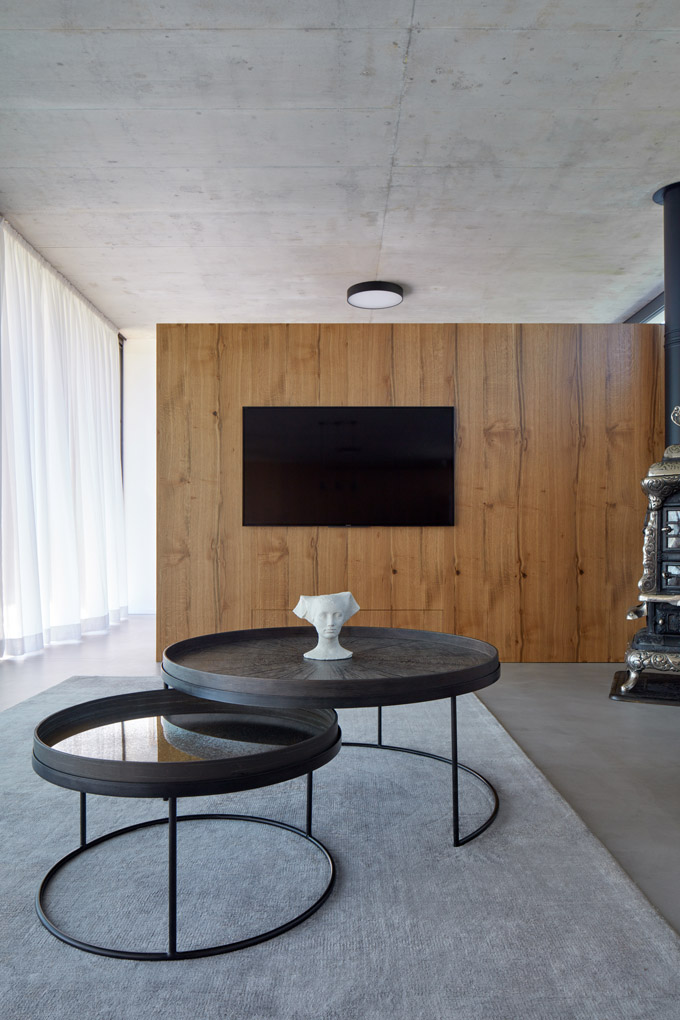 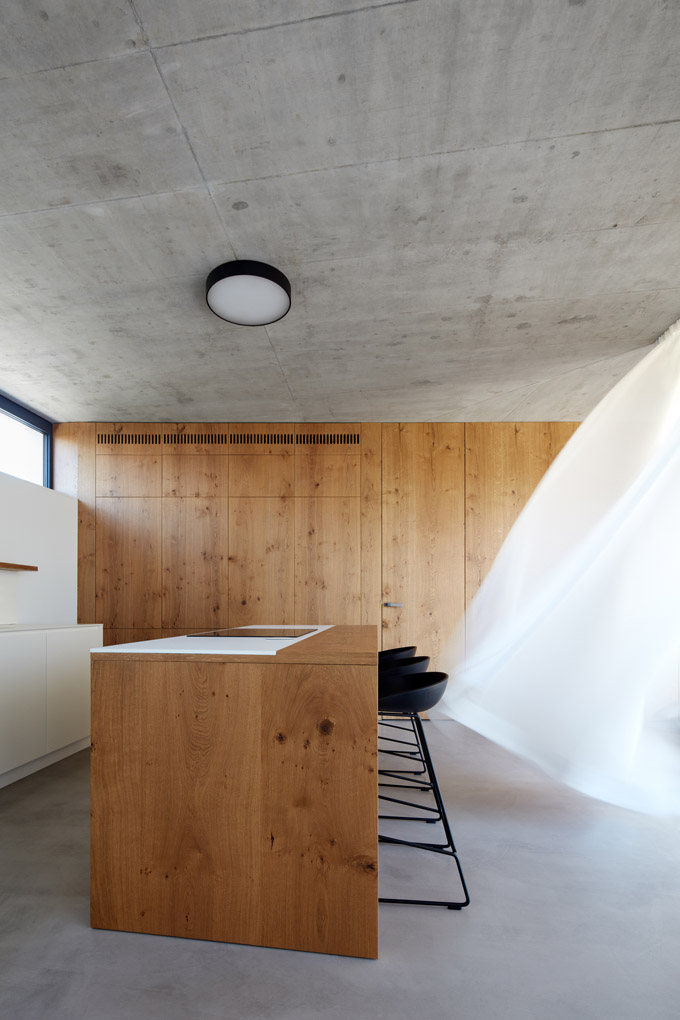 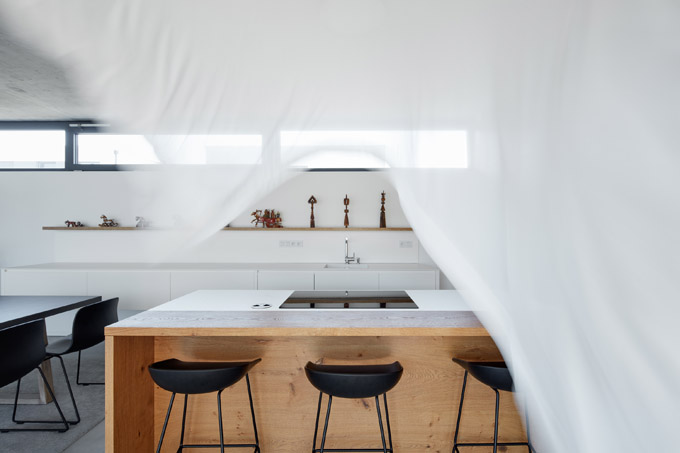 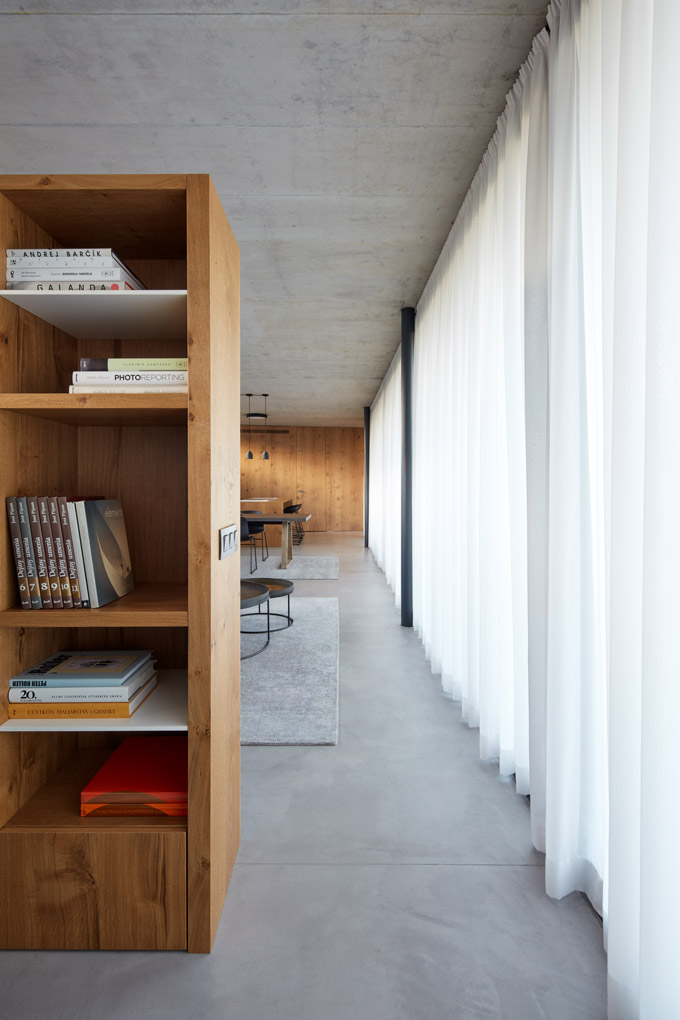 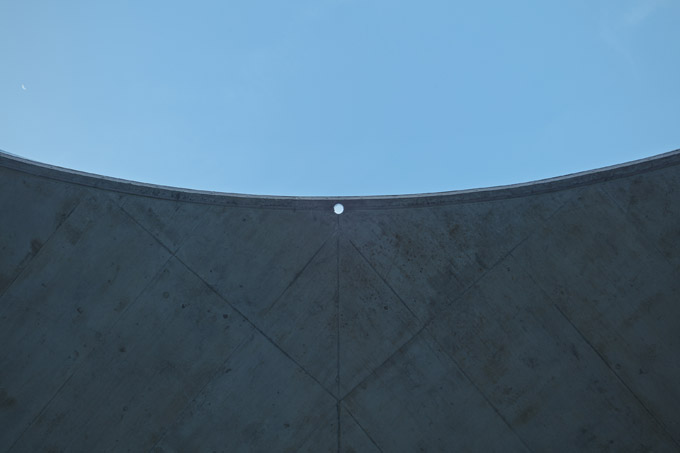 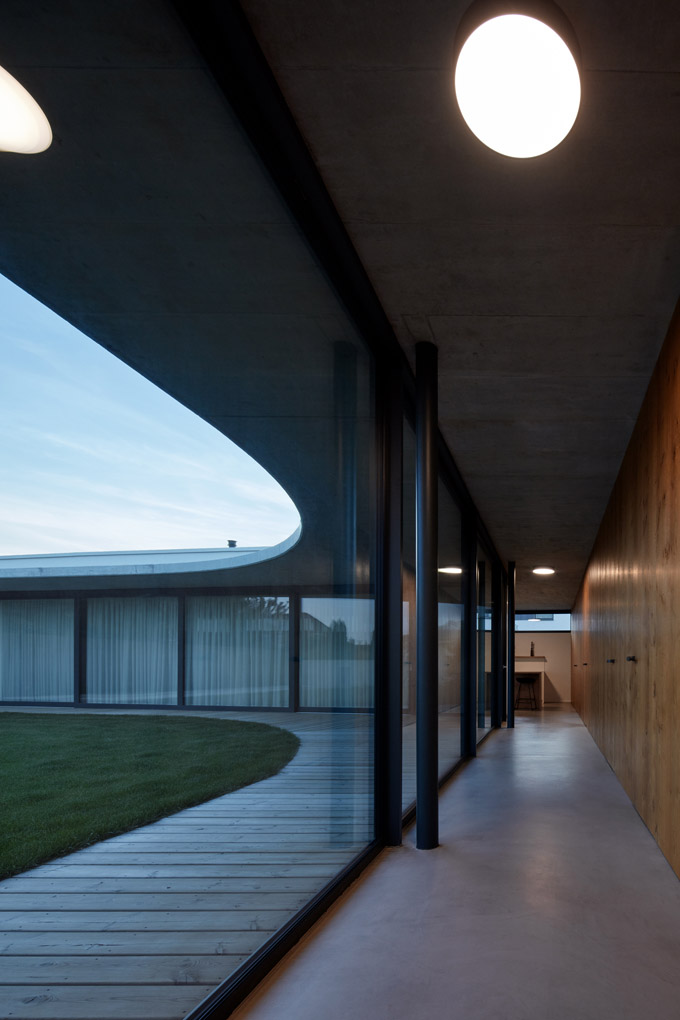 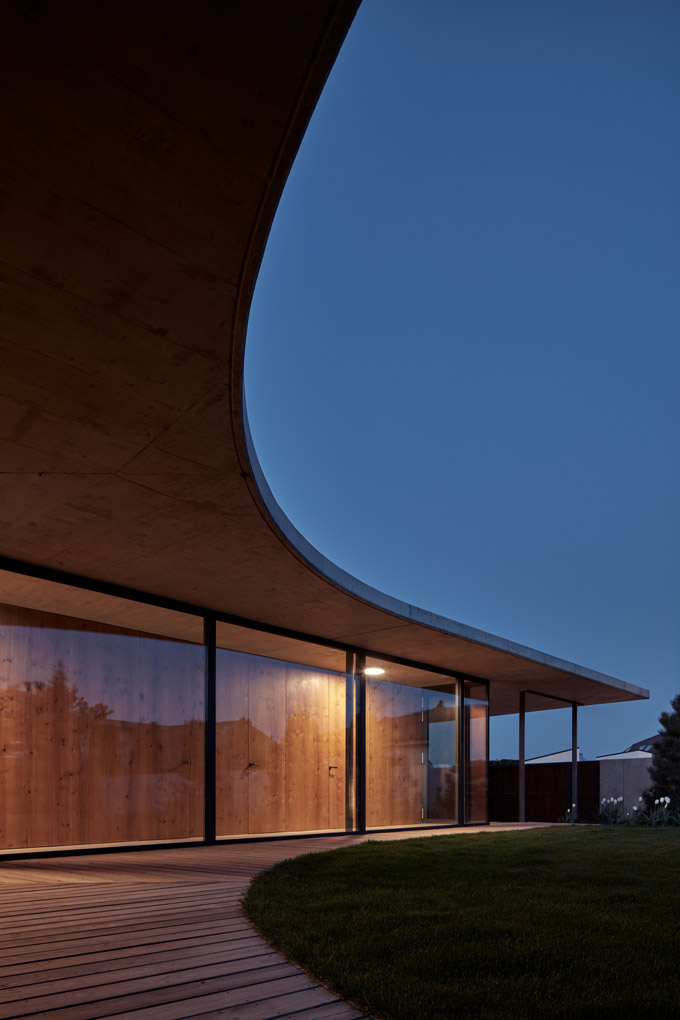 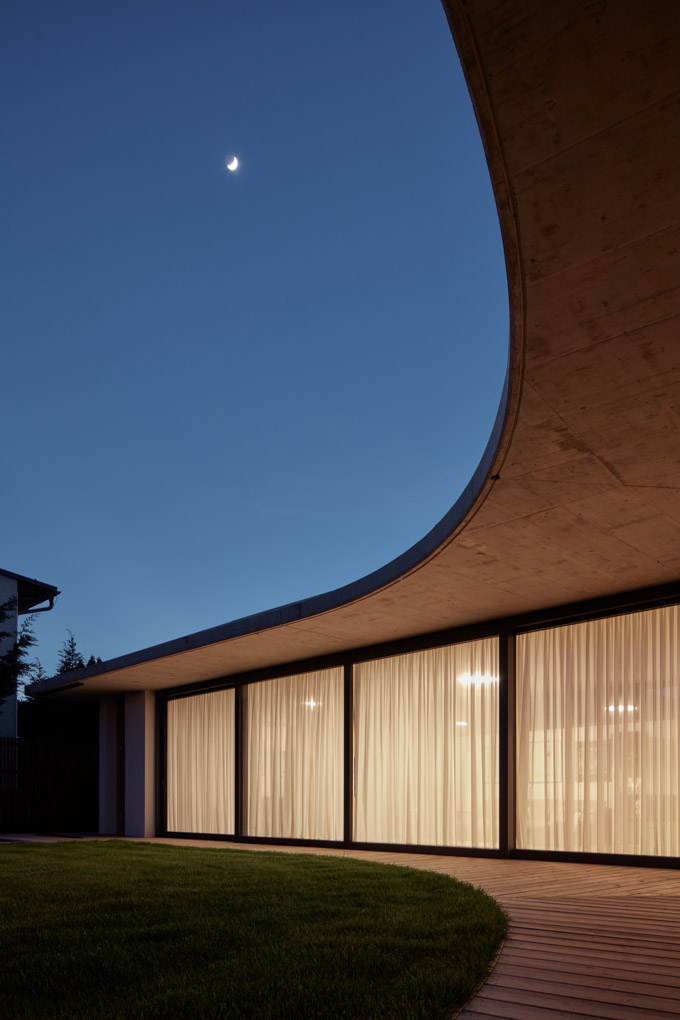 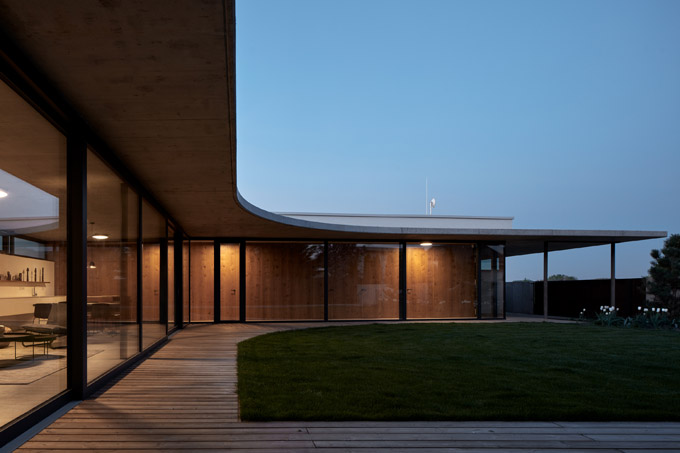 From the architects: Family house Jarovce – a house for grandparents and nine grandchildren
The family house is located on the northern edge of the village Jarovce, in a zone of family houses. The site is leveled, with an area of 661 m2. To ensure the optimal use of the property, the house is located in the northern part of the parcel.
House for parents Is exactly that kind of commision which could possibly harm your relationship with your family or with your work. Or even both. Fortunately in this case, things went against the odds.
We received only three bacis requirements: a small house, no stairs and lots of space for nine grandchildren.
Our answer to the this is the composition of a green atrium complemented by the house. The house shaped in a form of the letter L defines the atrium on its two sides. The south part of the plot is opened to the sun, while the northern part is taken by the house.

The horizontal concrete roof slab is omnipresent and connects seamlessly all spaces in the house. The slab leans from the interior to the exterior and leads the narrative of your visit to the house from the very entry part to the most intimate parts of the house. The cantilevered part of the roof is set to regulate the solar radiation and interior climate according to the sun path.
At the intersection of two wings, the roof slab is filled with large radius. This curve creates much wider area of the terrace. It is the perfect spot for dining, the place that integrates the garden and the interior. And to be hones, it looks good on the pictures too.
The house is divided very traditonally into two parts. The day part and the night part apart. The day part is transparent, connected to the garden and easy to comprehend. Here, the grandchildren are still visible and supervisied. The night part is located behind the wooden wall and is accompanied by small private garden. This garden serves as a quiet refuge in opposition to the noise and atmosphere in the atrium.
The design of the interior further develops the spatial concept of the house. It is dominated by a mutual relationship of seamless roof, gery floor and long walls cladded in oak. These basic elements define the space which could be randomly occuiped by people objects and furnishing. 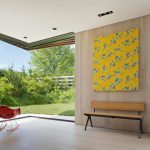