Makhno Studio designed this innovative settlement concept on Mars. Although there is no indication of probable Mars colonization at this time, the designers took the liberty to express their vision of our lives away from earth. Plan C is a self-contained settlement whose exterior walls must be constructed using 3D printers. The settlement should be as close to the equator as feasible in order to attain the pressures and temperatures necessary to make the environment habitable. B uilt on the crater’s slope, where it would be protected from sandstorms and radiation. As a result, the structure resembles a torus or, to put it another way, a bagel. Discover more after the jump.

From the architects: In 2020, during the first lockdown, we wondered whether it was possible to make life underground comfortable if life on Earth became just impossible. That’s how we came up with our Plan B — a project proposal for an underground bunker that made headlines across the globe and was published on about 200 media platforms. In 2021, we moved along and tried to imagine our lives away from planet Earth. Thus we came up with our Plan C, a Martian settlement concept.

Plan C is our vision of the aesthetics of the future that may never come.

There is currently no evidence of possible Mars colonization. It is unknown whether this cold, distant planet will be able to accept people. There are no rockets that can deliver a piece of much-needed equipment over a distance of 225 million kilometers. At the same time, Mars is the most similar planet to Earth out of all in the solar system.

Let us remind you what Mars is all about: the atmospheric pressure equivalent to climbing three times as high as Everest, an atmosphere with an extremely low density almost completely lacking in oxygen, active solar radiation on the planet’s surface, low gravity, and an average air temperature of −50°C. As a bonus, there are frequent sandstorms up to 100 m/s and meteorites. If Earth has a hypothetical “blanket” — the atmosphere that protects it from solar radiation and solids — then Mars may surprise you with a random meteorite shower from time to time. And who’s to say what other factors are awaiting us.

And yet, people are great dreamers and inventors, so — welcome to Mars.

Scholars often appeal to the concept of terraforming. This is the modification of the atmosphere, temperature, and ecology of the planet to make it suitable for terrestrial plants and animals. Simply put, it is the transformation of space into one that can support human life.

For Plan C, we took a hypothetical point of time when:

Under these conditions, there will be a chance to build our Plan C — a fully-fledged place with all the necessary conditions.

Plan C is an autonomous settlement, the outer walls of which must be built with 3D printers. People won’t be able to do it because it is only inside buildings where it’s possible to move freely without suits and oxygen devices.

The settlement needs to be as close to the equator as possible to enable the achievement of such pressures and temperatures that will make the environment as habitable as possible.

Plan C should be located on the slope of the crater that will protect it from sandstorms and radiation. Thus the shape of the building resembles a torus or, simply put, a bagel.

So we have a protective “bagel” with a cold, dead, radiation-permeated Mars on the other side.

There is a public hall stretching through the entire settlement that functions as a place for long walks and a dining area. Half of our “bagel” is occupied by sleeping accommodations, and the other half — by technical, research, and common areas.

Plants are the best friends in the process of earthlings’ adaptation to space life. Along the entire hall, there are trees and greenery, which will convert carbon dioxide and water into oxygen with the help of phyto-lighting. Therefore, a way to the common areas resembles a walk in the open air.

Among the vital areas for the space settlement, there is a medical care center and an isolation ward, a research center that monitors the planets and the atmosphere, chemical and biological laboratories, a control area, and an administrative block. For safe entry and exit, it is important to develop a gateway where one can remove or put on a suit for space travel.

Since all food must be grown on-site, the agricultural area is another must-have here. To maintain the cosmic balance, spherical greenhouses with vegetables resemble small planets maneuvering in open space — these are designer capsules for growing plants with phyto-lamps. The equipment has several modes, including the ability to switch the light and completely close the capsule.

Meeting place for astronauts, medical workers, and all residents of the settlement. Under the walls, there are boulders where you can sit, lie down, and dream about the future worlds that await us. The hologram of the Earth in the center of the room is a reminder of our first home. Neon lighting allows one to tune in some discussion or turn on the mood of a Martian party — no one canceled leisure time in space.

The bedrooms are designed for one or two people. Instead of a ceiling, there is a big screen with landscapes of a cloudy sky, the Milky Way, or a favorite TV series. There are no extra details and furniture in the room — one can’t take ten suitcases to Mars, so we left just the essentials.

Exercising on another planet is not just about keeping the body in good shape, but a prerequisite for maintaining viability. To prevent muscle atrophy due to low gravity, we have developed an area of exercise bikes, and to make it easier for people to survive the adaptation period, the design of the pool resembles a narrow mountain valley.

In a separate room, there is a floating capsule — a place for recovery, restart of consciousness, and immersion into the inner. The capsule will help the new inhabitants of Mars to free their thoughts from sandstorms, reduce the cosmic impact on the body and mind, and finally adapt to the new conditions, a new home.

“During a long stay on an alien planet, one of the main problems for our mental health is the lack of usual aesthetics. People want to see the beauty around them, even on Mars. Your team has managed to integrate a beautiful and practical space into a rather harsh Martian landscape,” comments Volodymyr Usov, a member of the International Academy of Astronautics and former head of the State Space Agency of Ukraine.

It would be a dream to look years ahead and see what life will be like on other planets. As true romantics, we strongly believe in it. Because after all, what else besides our dreams can move us forward? 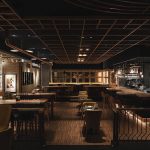 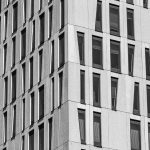