Alvar Aalto designed the Aalto University metro station which resides in the heart of the university campus in Otaniemi. Take a look at the complete story below. The first phase of the western extension of the Helsinki metropolitan area subway line, the West Metro, connects Ruoholahti, Helsinki to Matinkylä, Espoo. Upon completion the West Metro will service over 100,000 passengers per day.

The objective that has been set for the architecture of the 13 new stations, is to create distinctive identities for each station on both urban and interior scale.

The Aalto University metro station resides in the heart of the university campus in Otaniemi. Its main entrance opens straight towards the former university main building, designed by Alvar Aalto.

Among other design decisions, the Aalto University station distinguishes itself from the other stations along the metro route through its rich material palette. The palette is picked as to avoid gloss, and to emphasize natural materiality. The lowered ceiling is made of Cor-ten steel panels. It visually connects all the public areas of the station, and relates to the surrounding red brick environments with its color. The faceted ceiling flows through the main entrance, to the platform level and up to the secondary entrance on Tietotie street.

Aged dark copper sheet cladding, grey granite and Cor-ten sheets form the basis of the material palette for the above ground parts of the entrance pavillions. Visible structures are reduced in the entrance space with an engineered, athletic, light form reminiscent of origami. Natural light is brought down to the platform level via an escalator shaft that terminates with a view towards the lime alley of the Otaniemi Mansion. 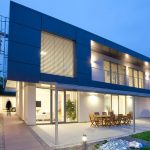 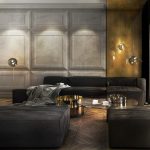