Situated at the outskirts,this 65 000 sqf. plot is surrounded with a lot of greenery. The brief was to create an open plan which could communicate well with all areas and left the rest upon us wherein we had good amount of freedom to design.

We brainstormed on a few ideas for the house and finalized a plan which was most interactive and the formation was skewed. With the result we came up with a structure that consisted of only the ground level. Later on the requirement of the client increased and they wanted to go for a five bedroom place, and as a result one room on the first floor was added.

The architecture mainly translates the house into three different blocks. The first being a white block which serves as an entrance to the house. Second being the wooden block clad with sesame wood pattis to create an uneven texture and the third is the double-height skew at the pool side. Together these three create an interesting façade with straight lines.

Our ideology is mainly based on a minimalistic approach where less is more. The layout is also quite organized and at the same time interactive. The layout is such that each area is well connected with outdoors and there is perfect communication between public and private areas of the house. The bridge between public and private areas is the dining room which is very well connected with living room, home theatre, kitchen one side and all bedrooms the other side. It also flows into the outdoor areas consisting of swimming pool and Zen garden. 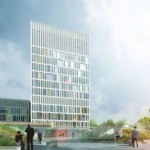 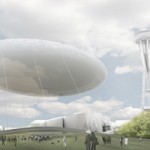