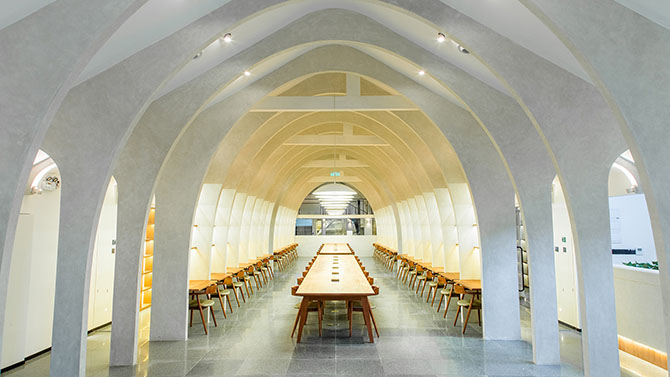 RoarcRenew have completely renovated the Co-working Mixpace of Carlowitz & Co., located in Middle Jiangxi Road. Take a look at the complete story after the jump. 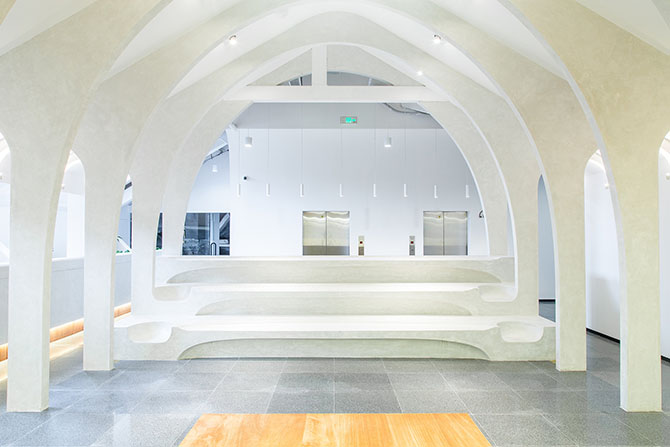 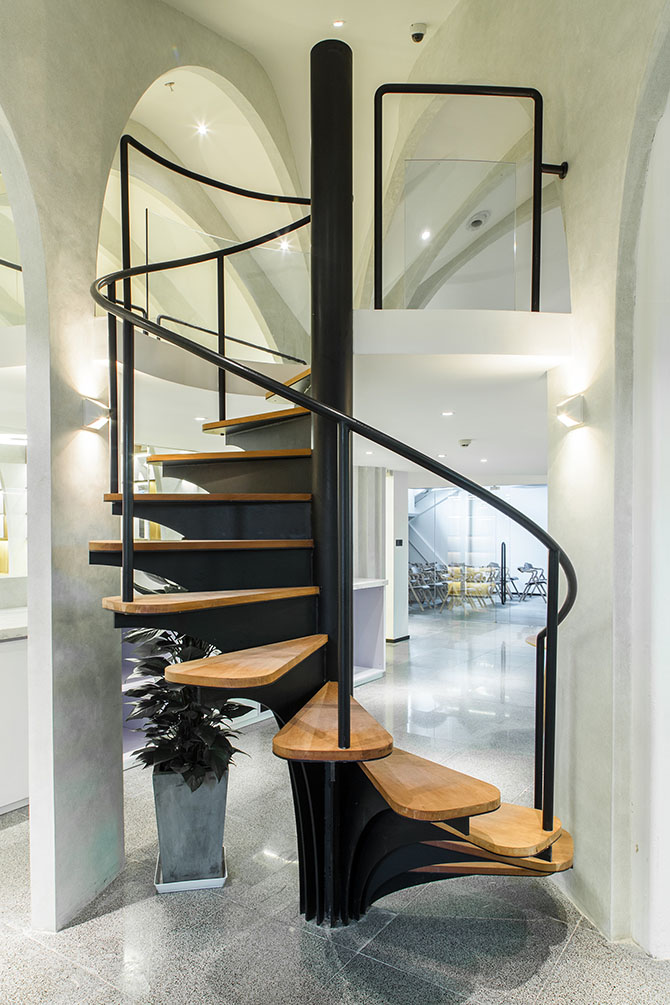 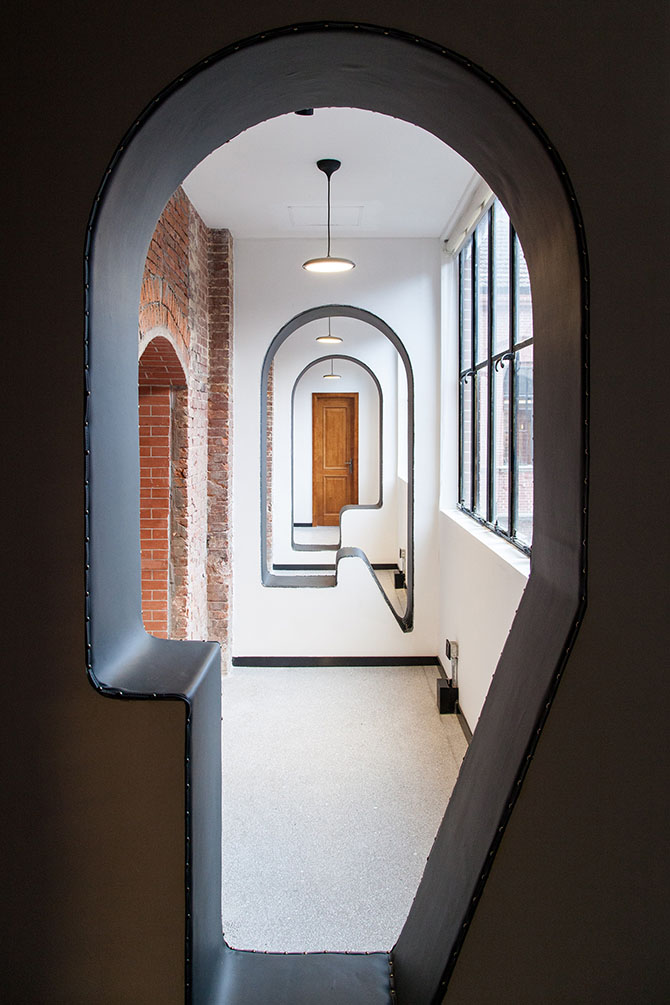 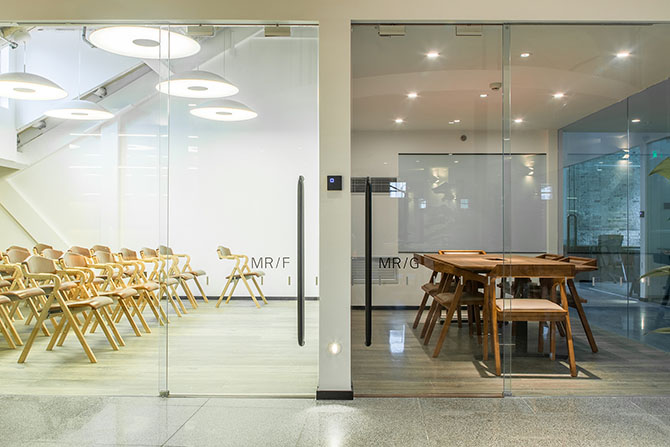 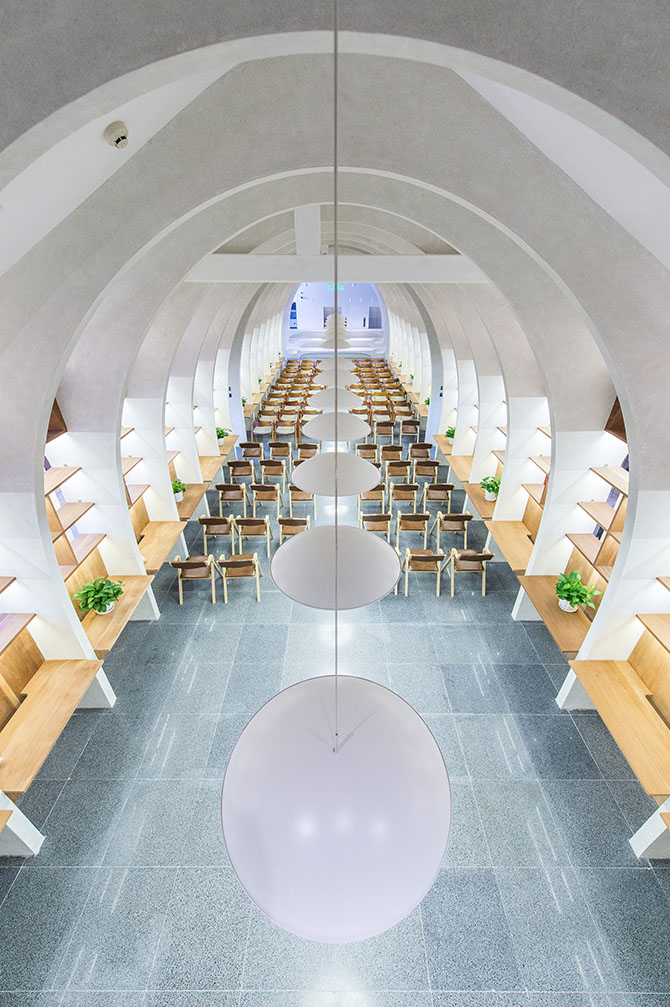 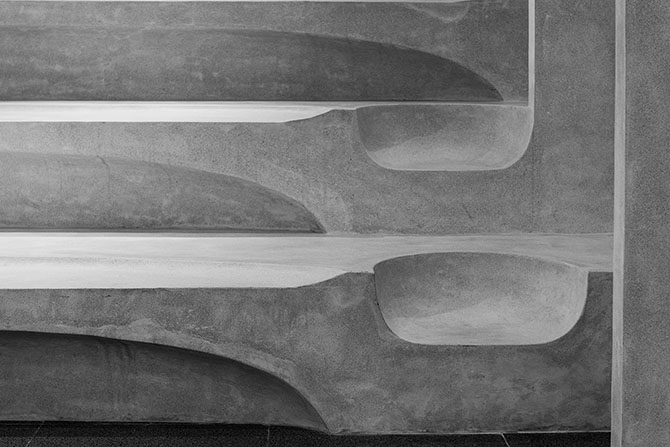 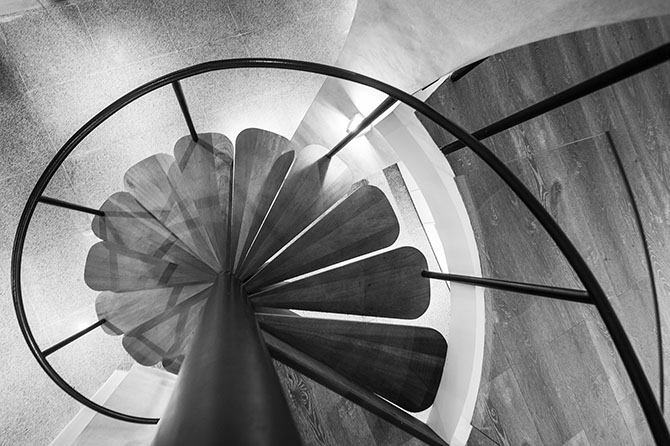 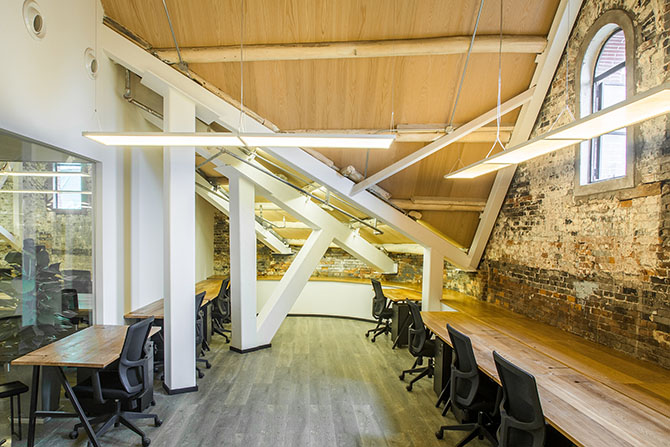 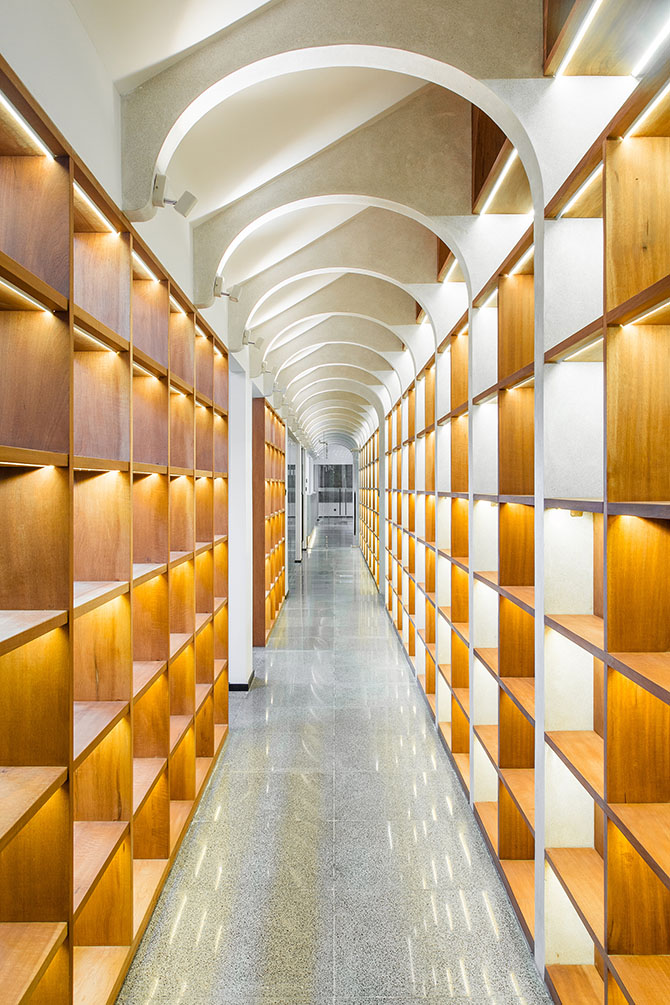 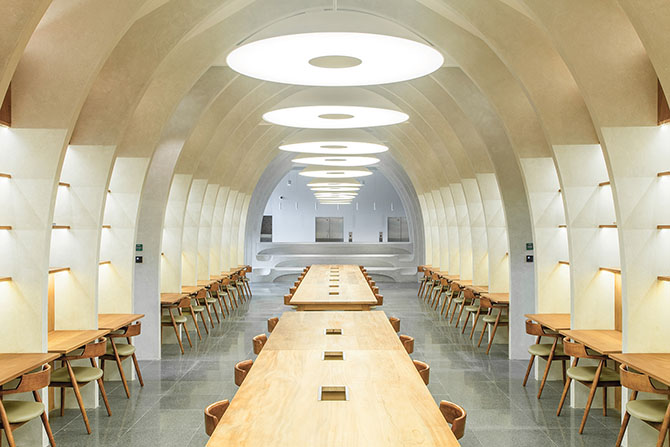 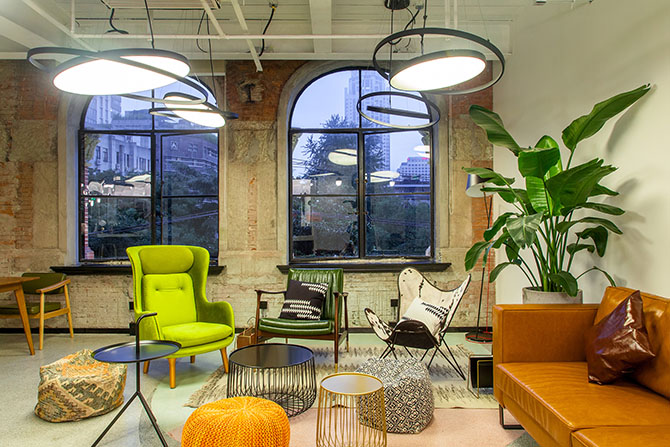 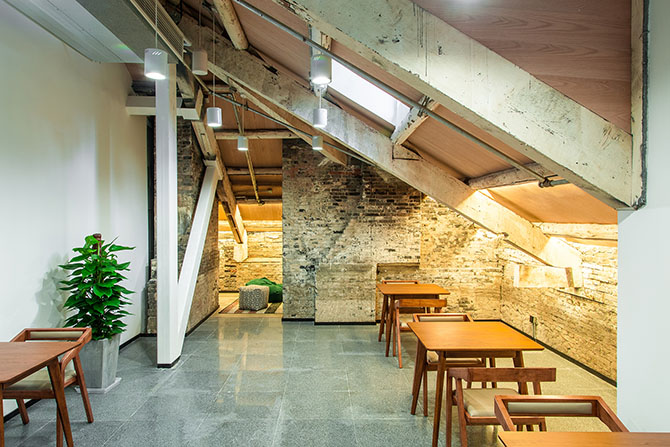 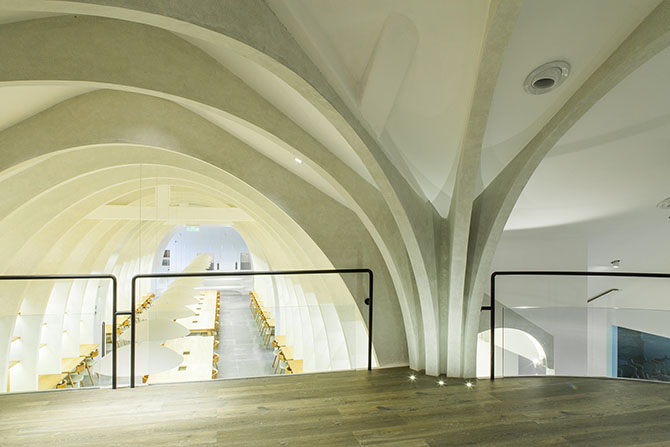 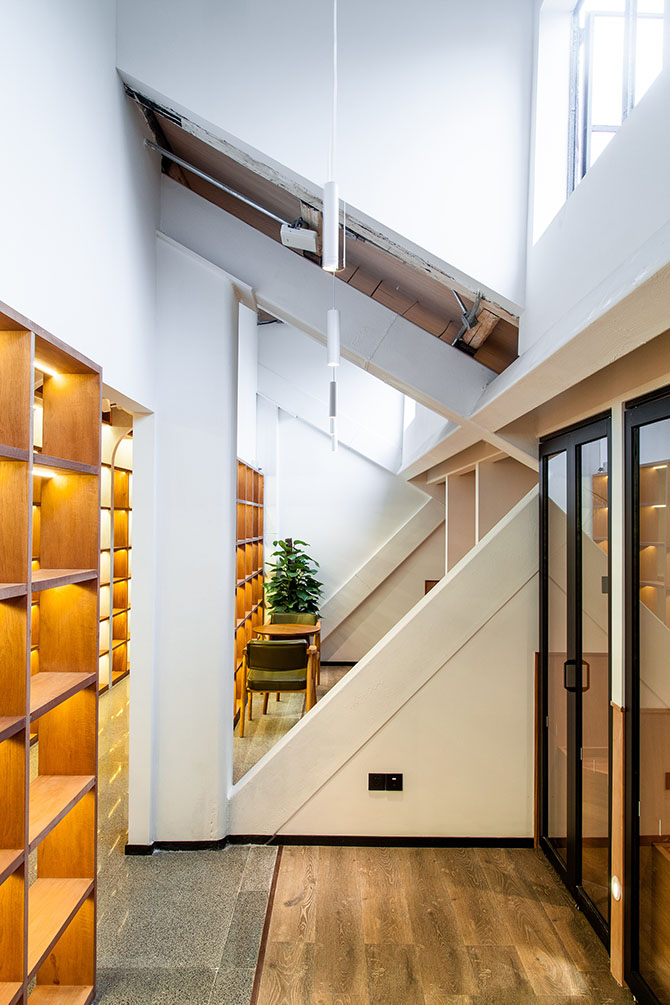 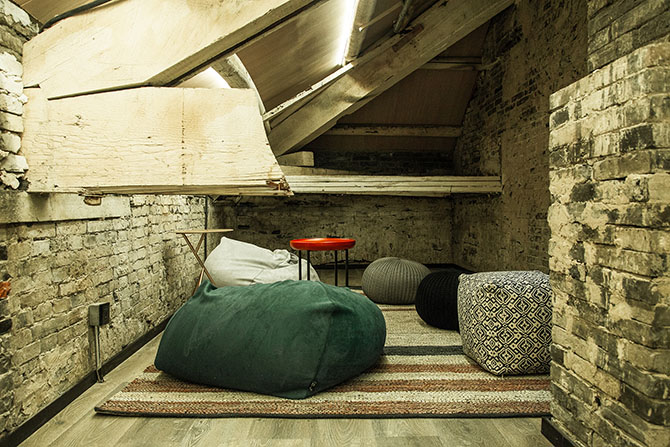 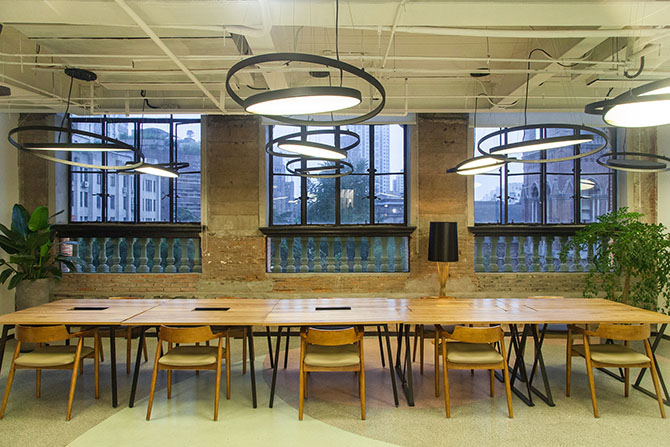 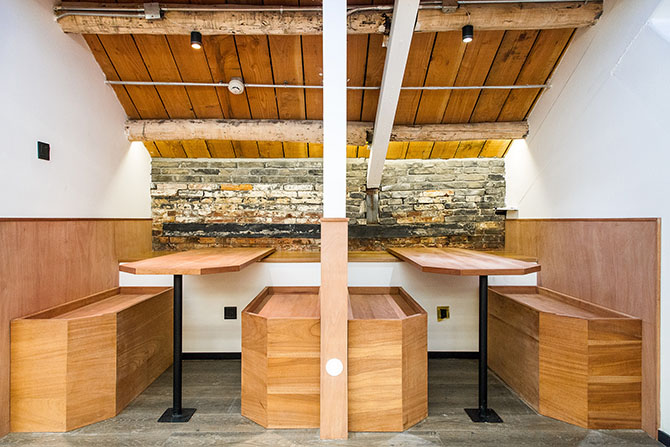 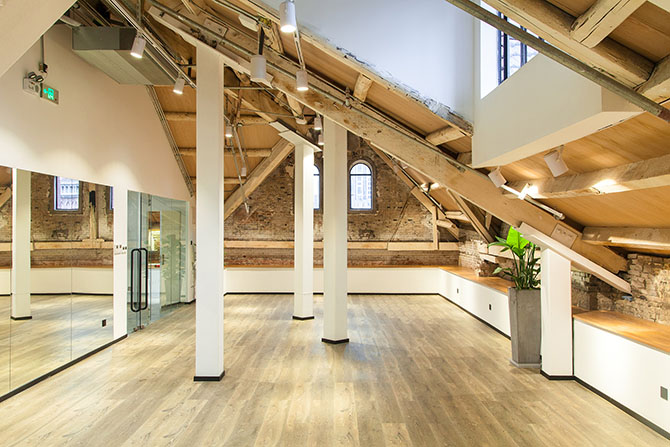 The original building was built in 1898 with large natural stones and red ganged bricks. It was the biggest architecture among all public concession buildings in Shanghai. In recent years, it was reconstructed from the original wooden structure to a steel structured building. In this project, Roarc Renew kept the original structure, concrete walls and the architectural texture.

RoarcRenew’s design concept was to infuse a special historical and cultural ambiance into the space, as a response to the neo-gothic Holy Trinity Church standing opposite to this eclectic architecture, Carlowitz & Co. RoarcRenew re-designed the attic (fifth floor) with the idea of arch and axisymmetry, dividing the space into three parts: main lobby in the middle and two corridors on the sides. The desired depth of the shape and geometric aesthetics of the space formed a dialogue between the old and the new. The fishbone-like arches formed an array, connecting the inside and outside, the past and the future. It is a solute to the Holy Trinity Church.

For the interior decoration, curved elements were largely applied to inherit the eclectic style, which is the proportion of tripartite construction and arc windows. The materials have three spatial layers: the first is the marble and terrazzo; the second is the soft wood and brick walls, and the third is the transparent glasses, which fully present the original building components and materials.

With respect for history, RoarcRenew seeks the possibilities of maintaining the unique ritual and field spirit of each space from the perspective of its own, so to relive history in the new architectual context. 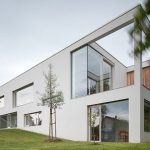 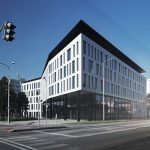