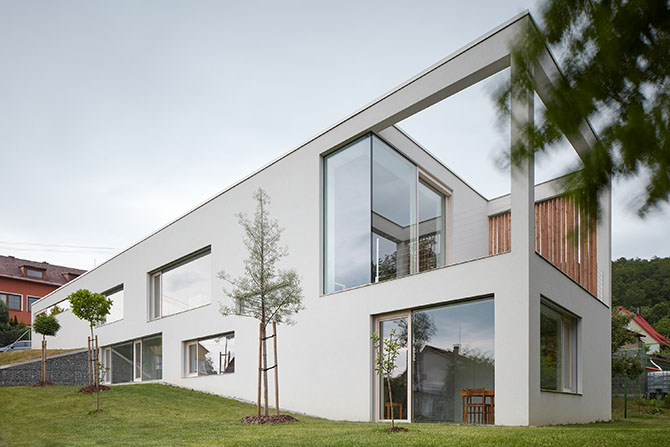 Masparti (Martinka Spusta Architekti) designed this charming house for a family of three generations in a slope, located on a hill below a forest. Take a look at the complete story after the jump. 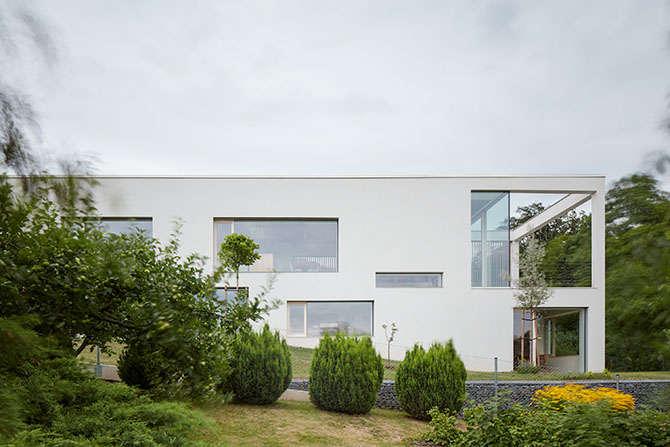 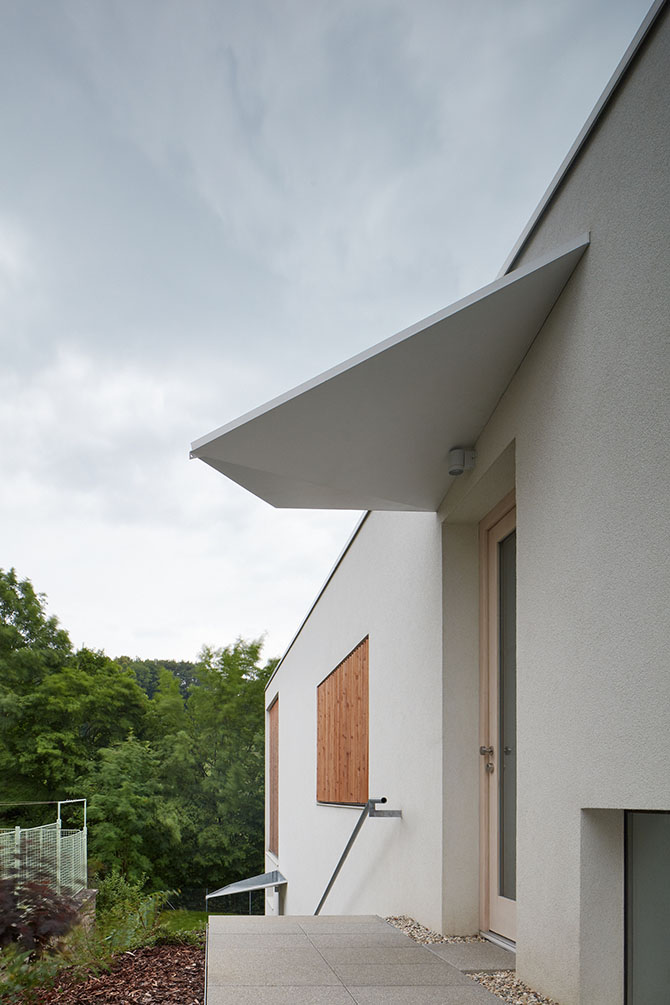 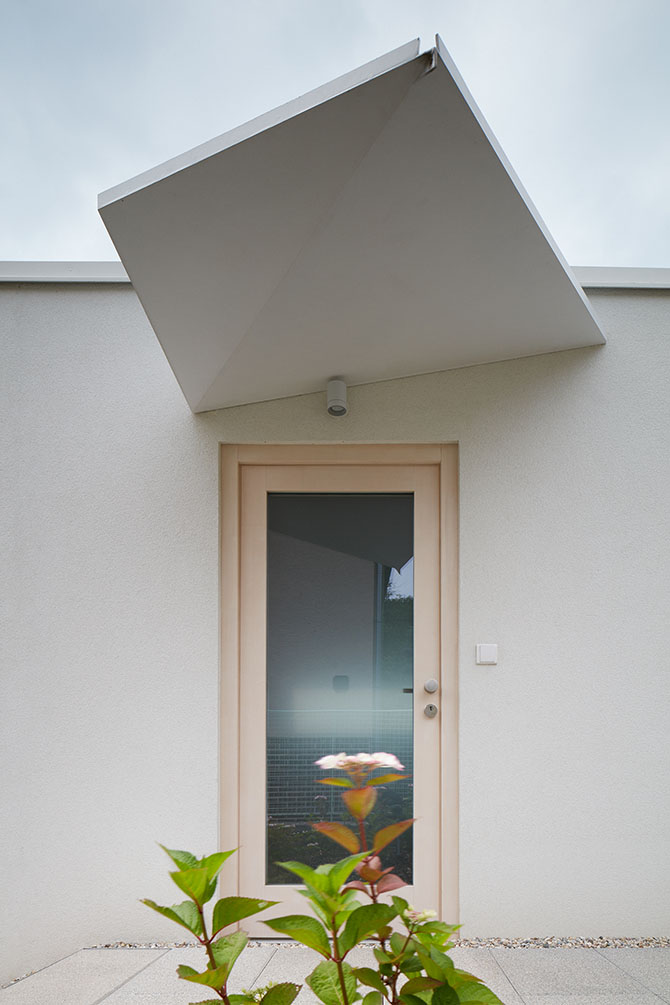 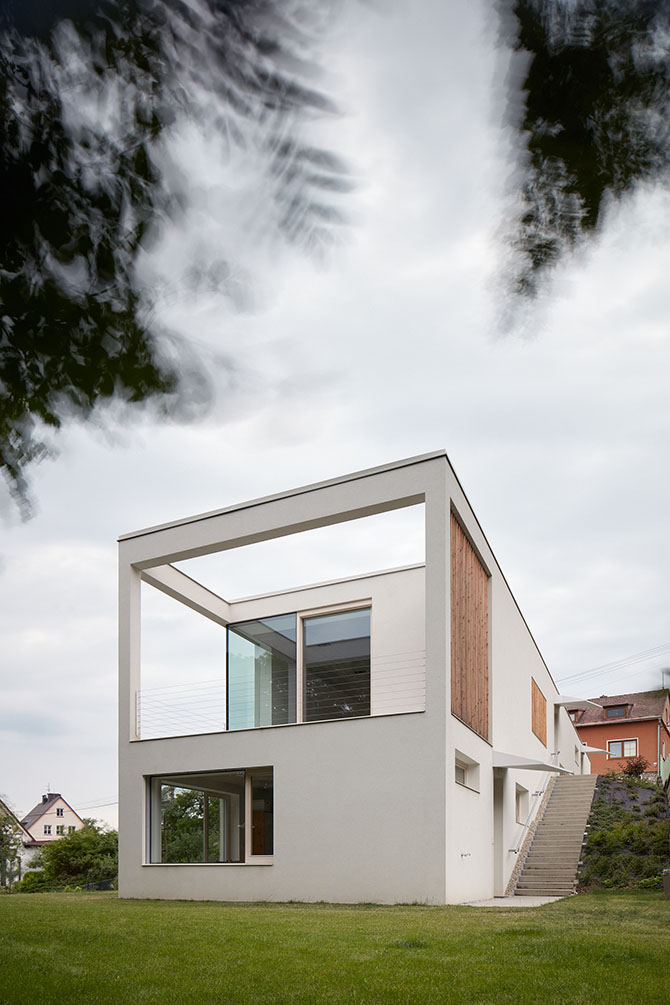 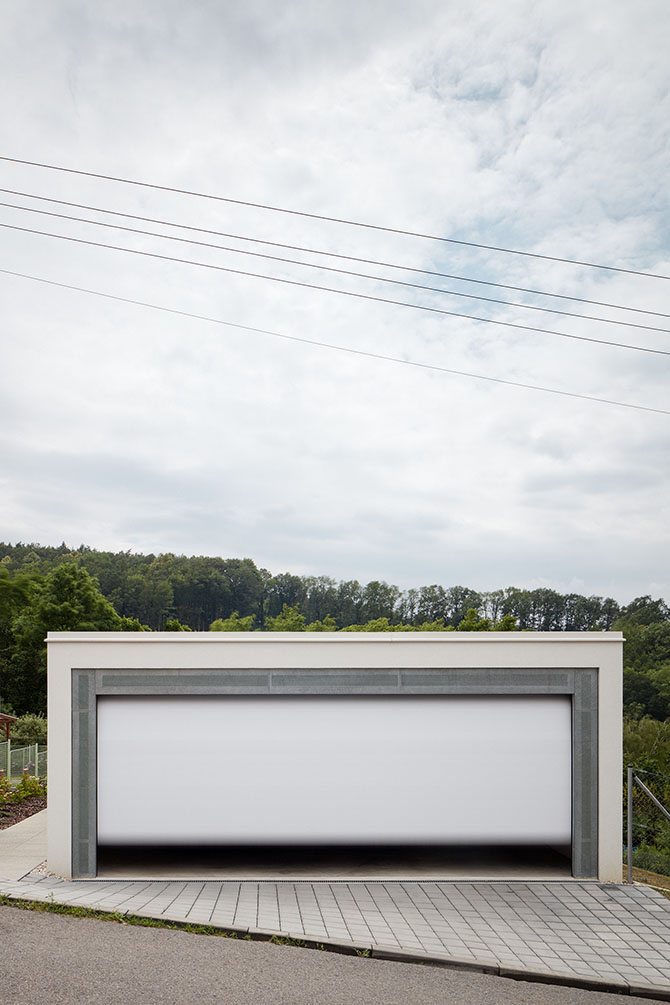 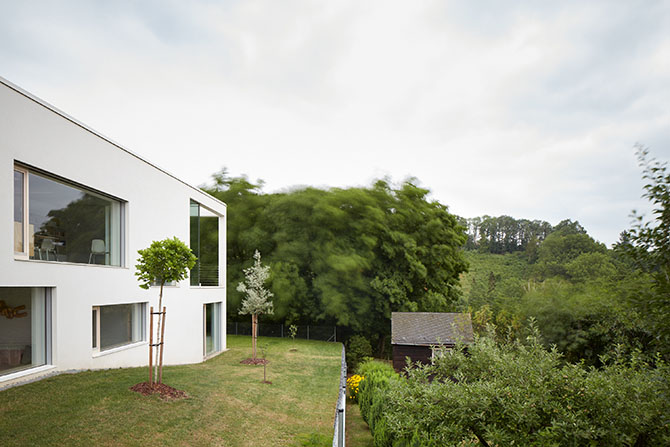 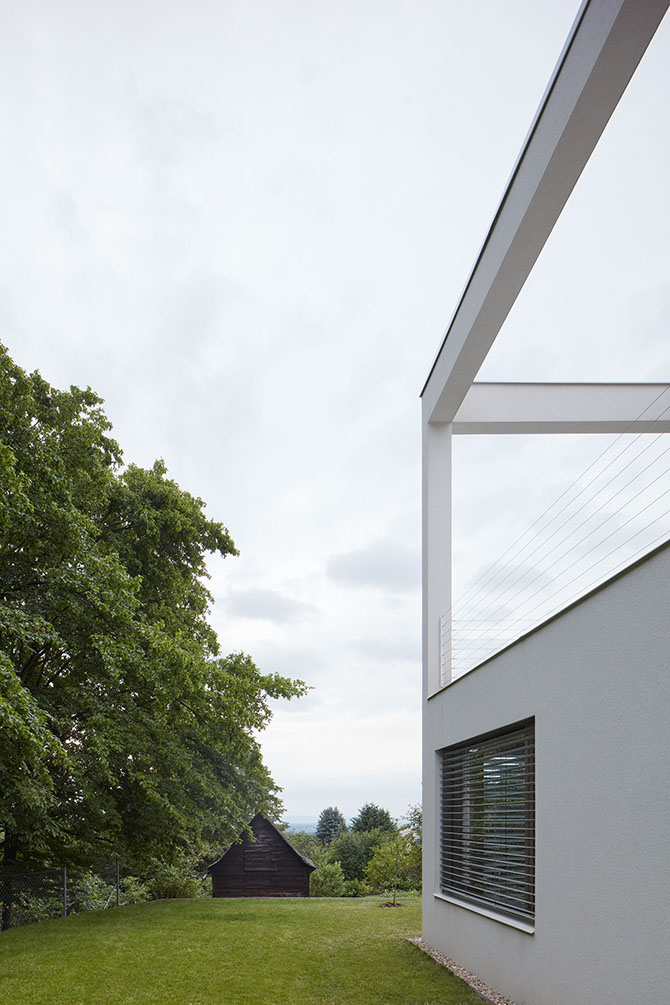 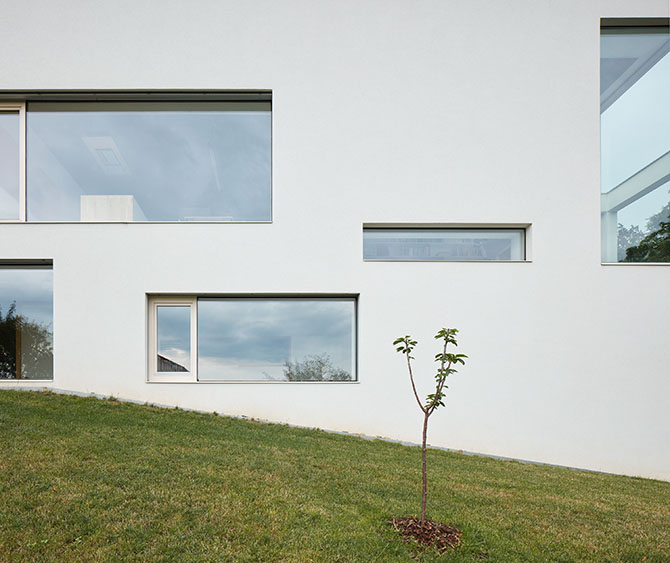 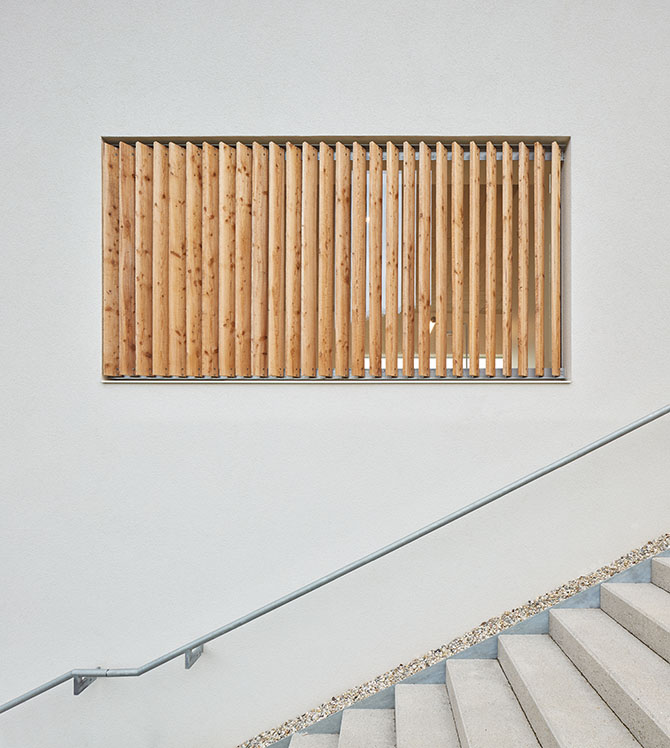 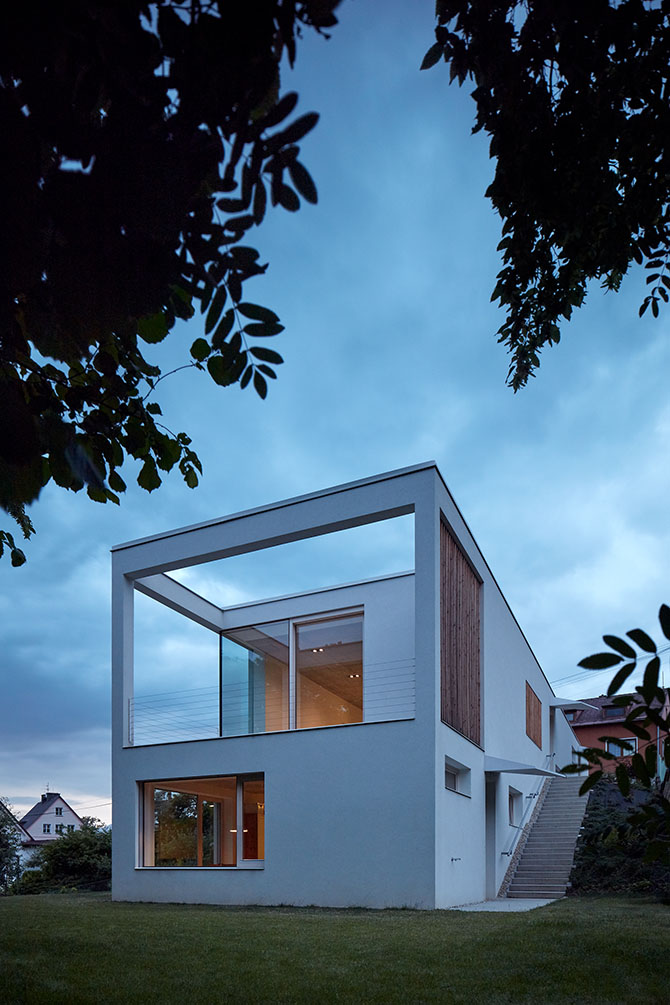 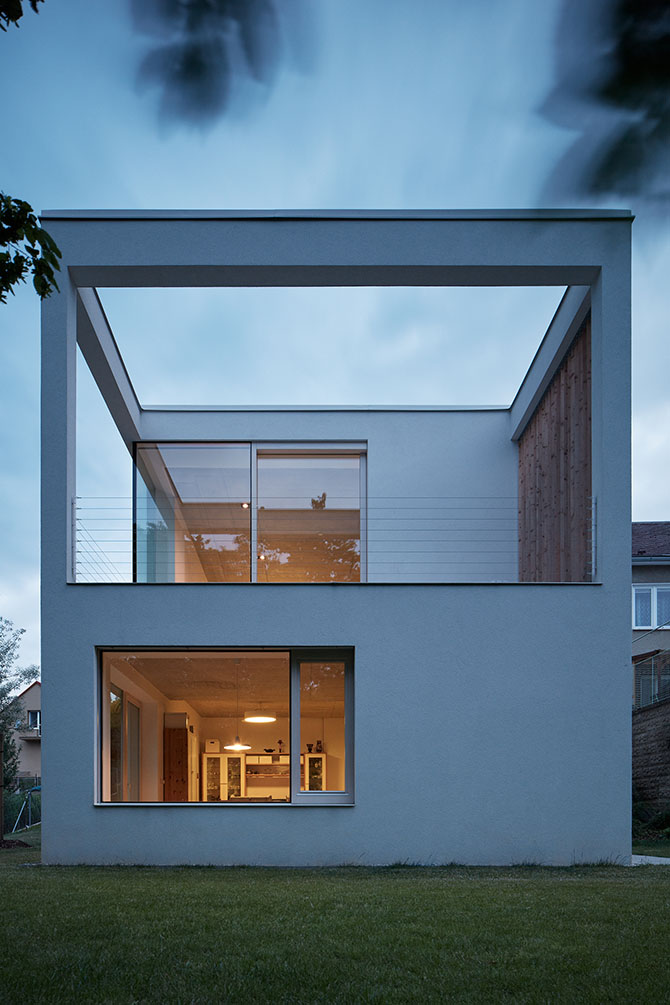 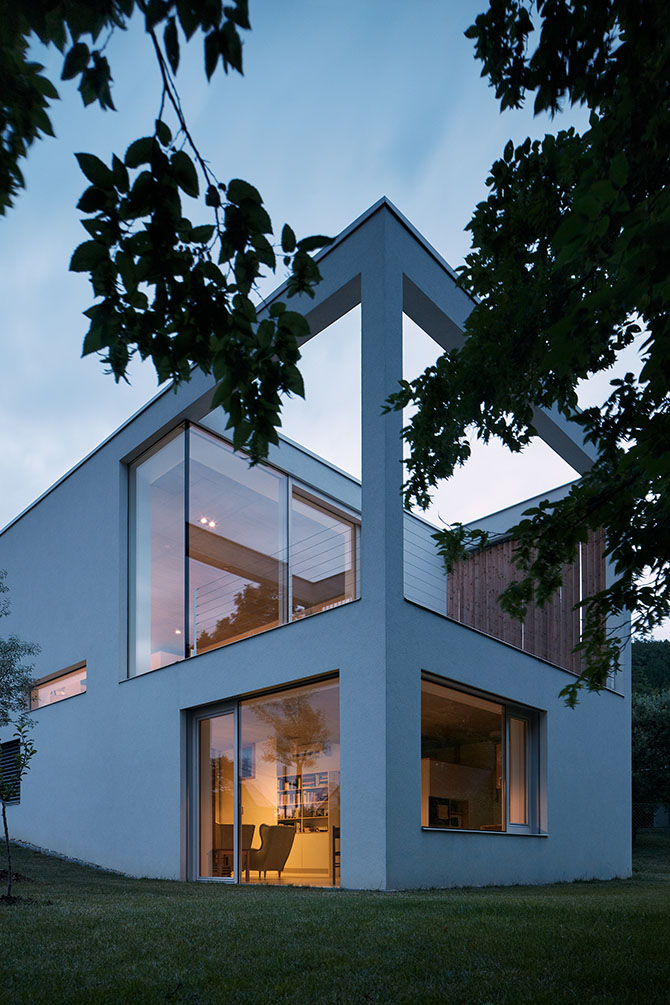 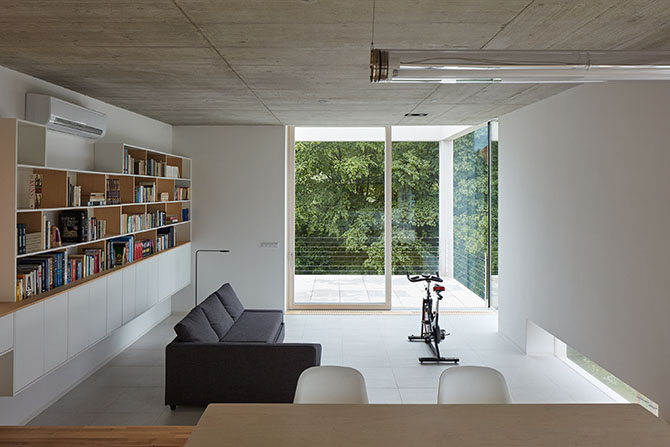 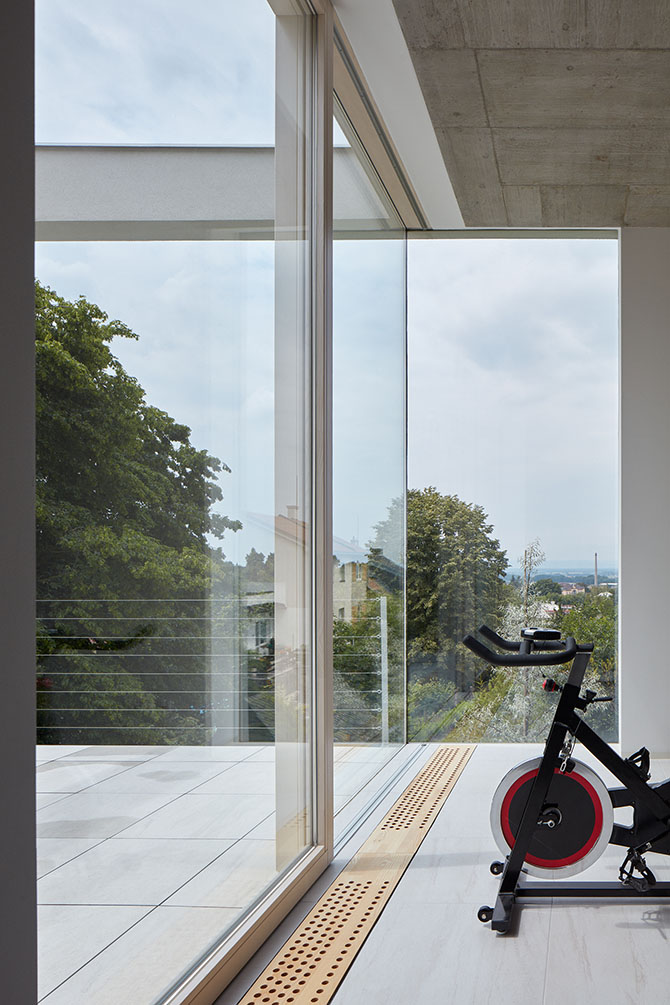 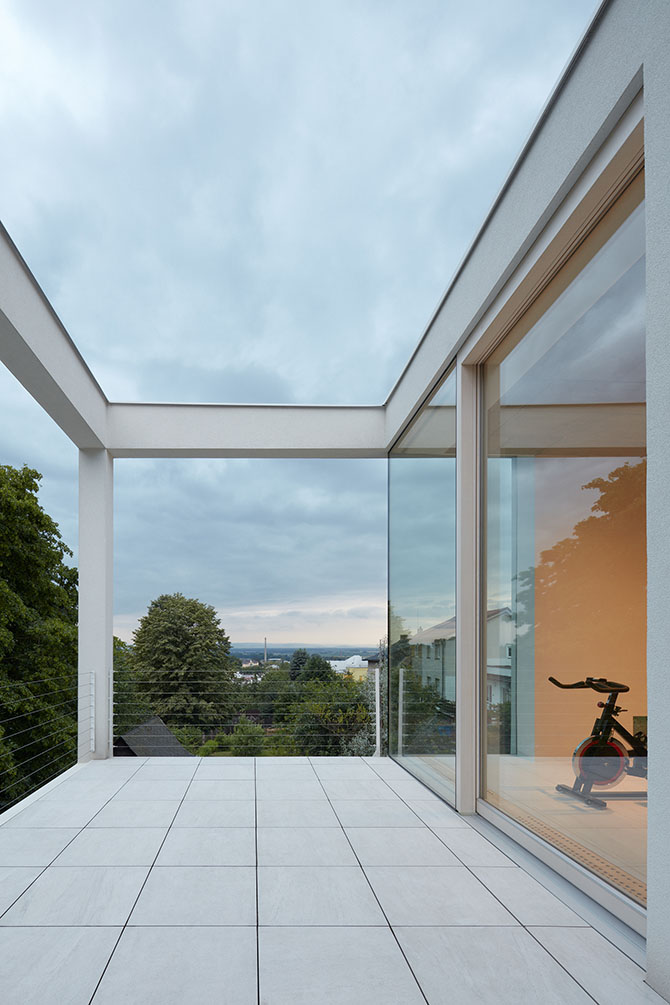 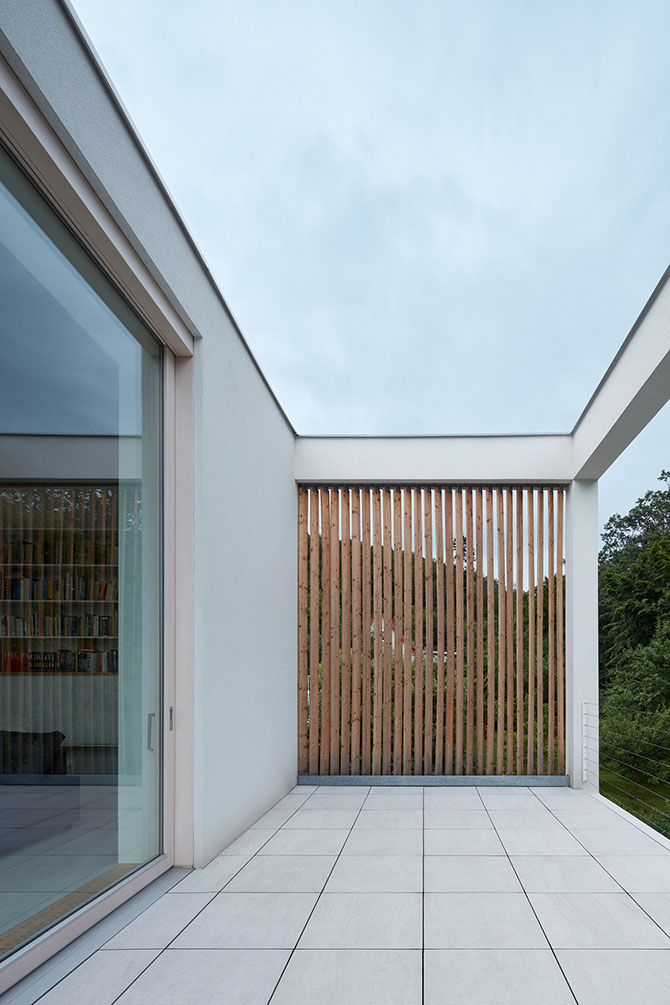 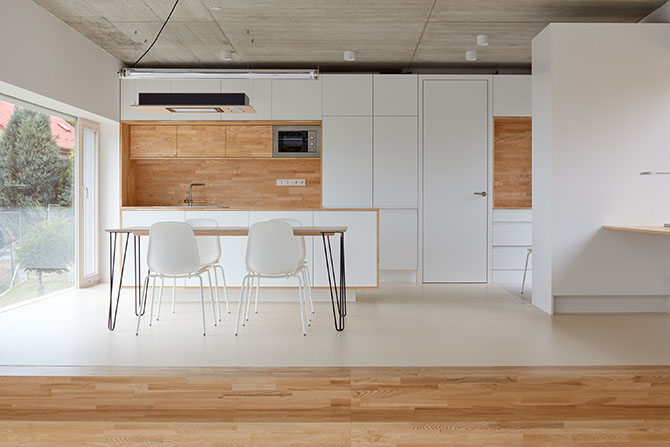 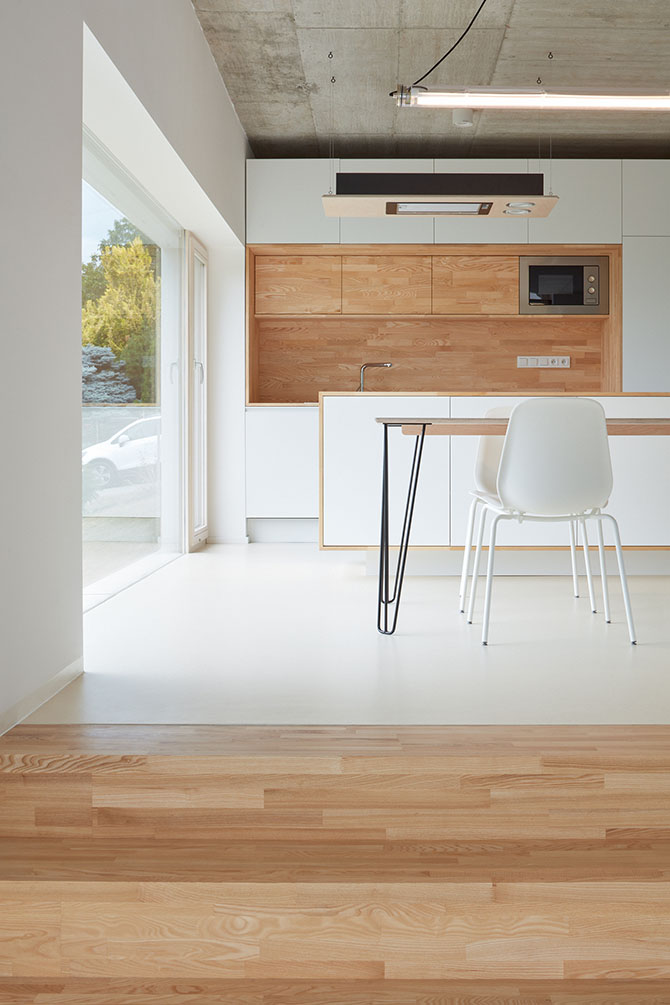 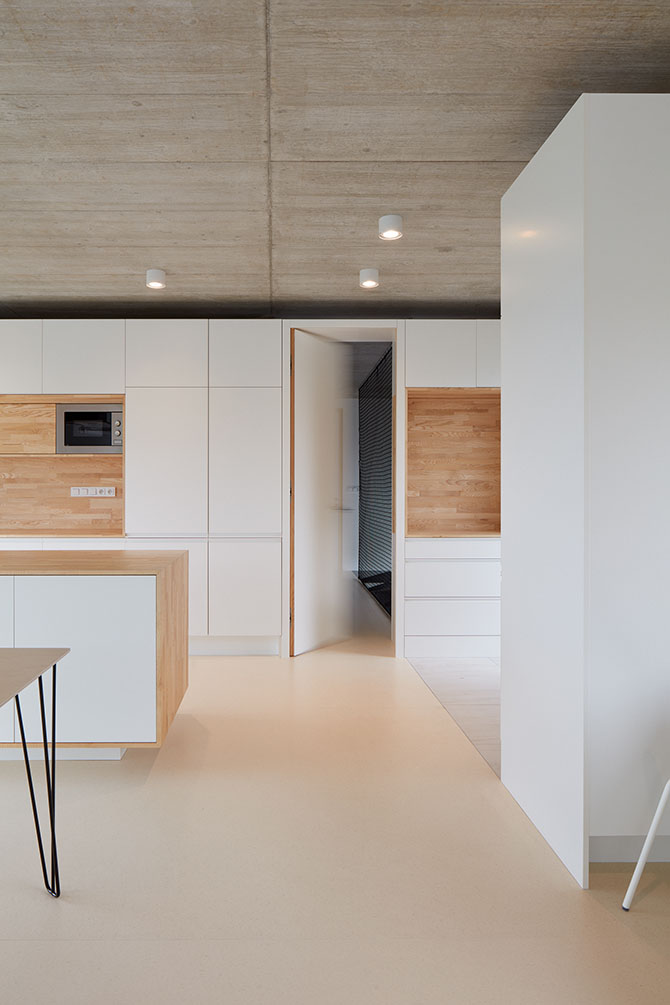 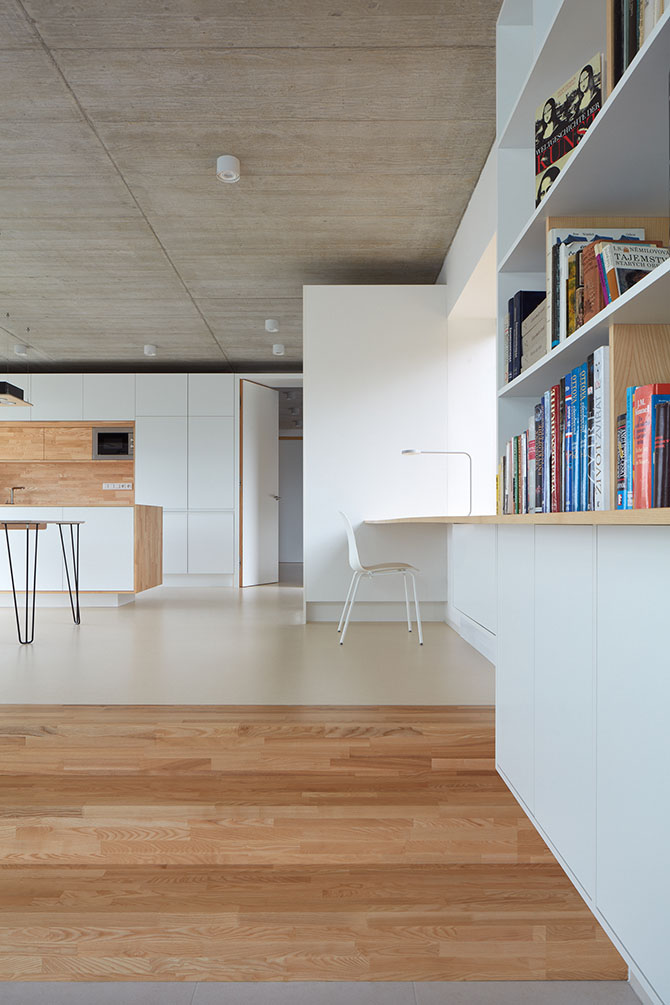 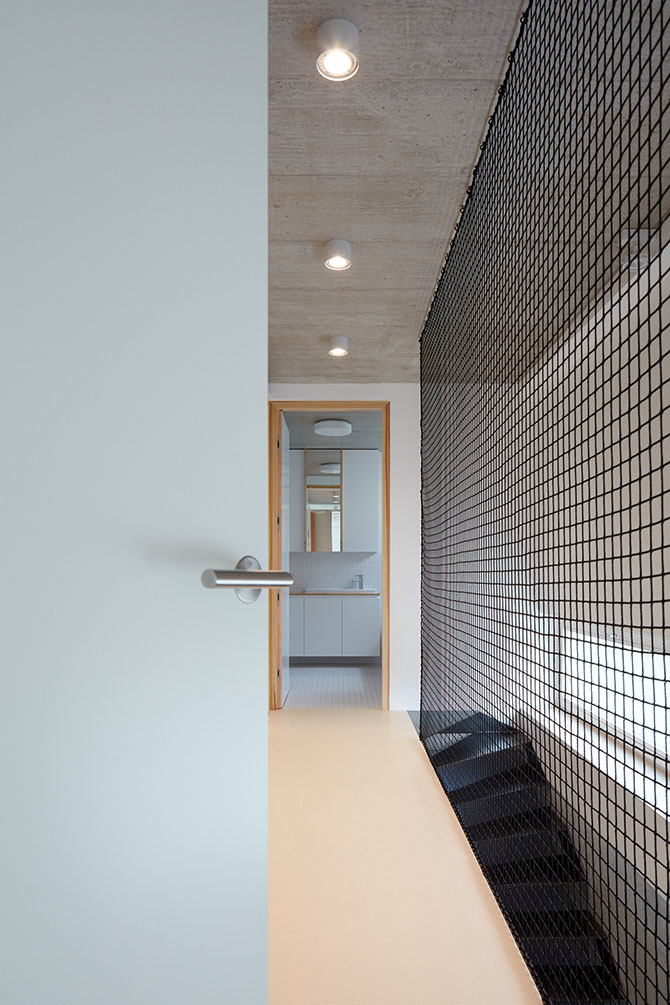 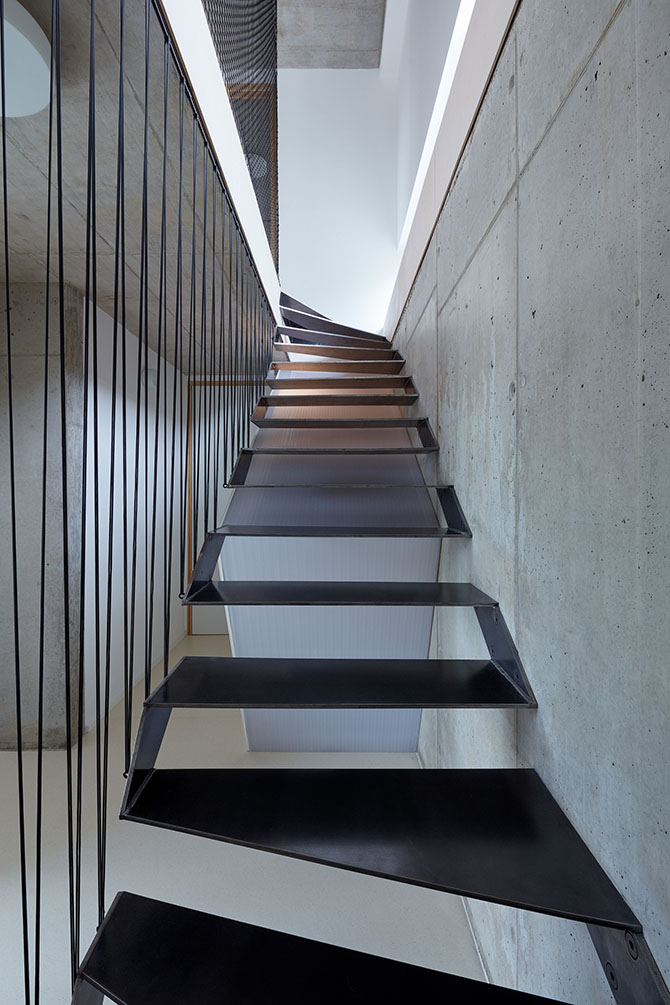 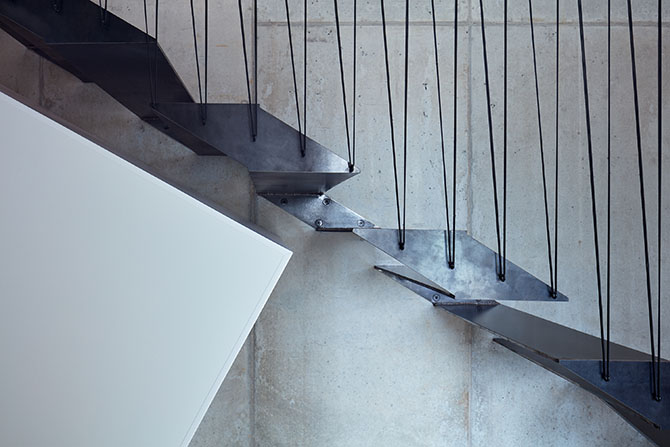 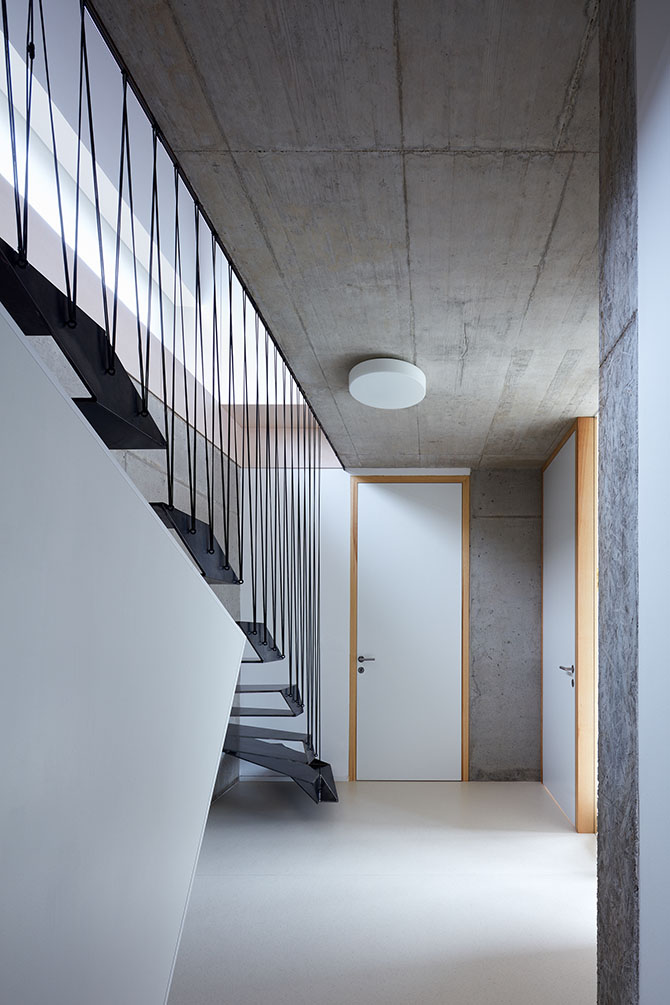 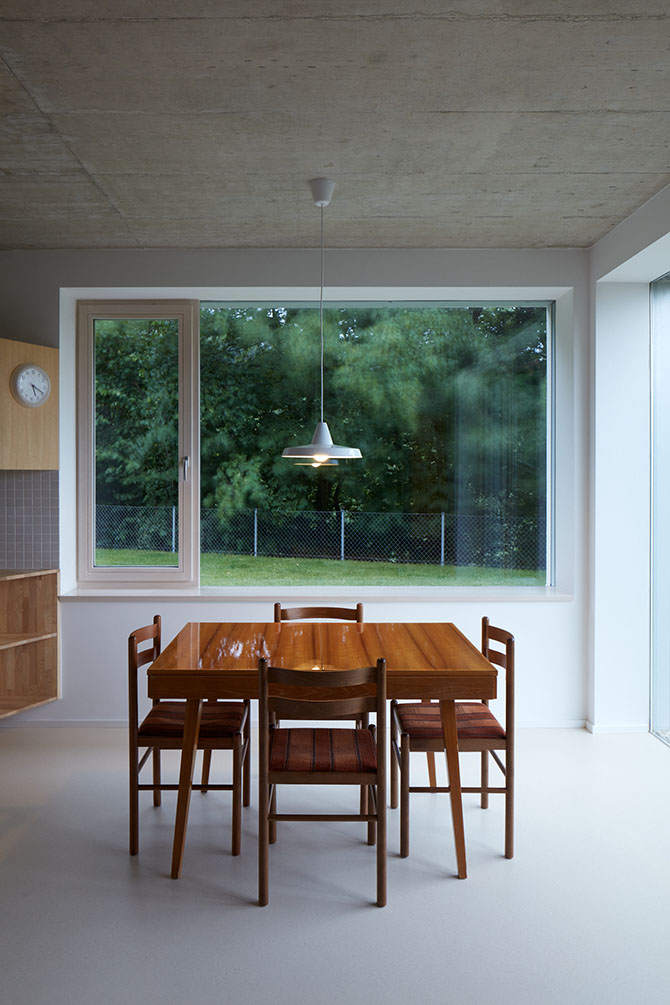 From the architects: The site is located on a hill below the forest, almost at the end of the street. Building activity in this neighbourhood began in the inter-war period, when large villas of several floors were built. In the course of the following years the place became more dense as the original gardens were divided into smaller lots, where newer houses of smaller–scale started to appear.

The house is designed on a plot which offers a view of the opposite forested slope. This view is preserved both for those entering the top end of the street from the forest, as well as for those who live on the opposite side of the street, as the height of the house is rather low. Still, as the house is extended further to the garden, it offers great views over Drahany Highlands stretching on the horizon.

We designed the house as low as possible from the street and as simple as possible in general, especially when it is rather complex since designed for a family of three generations; the house is partially hidden underground and all what was needed is included in one extended form stretching into the narrow garden.

The entrance is situated at the level of the upper floor, where a garage for two cars and the larger apartment with terrace is situated. Smaller apartment is at the lower floor with direct entry to the garden. 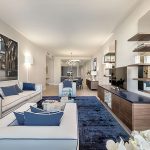 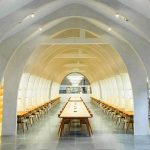