Paolo Venturella & Angelo Balducci designed a tower named The Twilt Tower which is based on a combination of the words 'twisted' and 'tilted'. The project is a new step in green architecture. Discover more of the design along with architects' description after the jump: A building in a modern area in the outskirts of Rome, in the “E.U.R.” (Esposizione Universale Roma, in 1942), known as the “Eurosky tower” by Franco Purini, in our point of view is not realized according to the principles of “integration” architecture/renewable energy. This creates a strange, no sense residential tower looking like a boring box with on top a photovoltaic panel not designed for the tower itself.. It looks like that in the main design was not foreseen a photovoltaic panel system and it is just placed after all. That creates a design we don’t believe in, a design where the shape does not come out from its function. All this generated in us a deep idiosyncrasy against this architecture. What we propose is to make it fall down and replace with a similar in the function but radically different in the shape tower. The “Twilt Tower” (since twisted and tilted) integrates the photovoltaic panels not just in the facade but even in the volume. The idea of tilting and rotating the panels towards the solar rays, to allow direct sun radiation during the whole day, deforms the building making the idea and the architecture a unique thing. The outcome is a fabulous cutting edge design that demonstrates how a building can express a concept in a contemporary rather futuristic way. Far from academic visions where the new is not accepted, far from wrong interpretation of the history of architecture that made became the city of Rome from the most vanguardist city in the world to the most obsolete, we propose a new revolutionary design to allow the city of Rome to find again its own old splendor, leading it to a new pioneering city as it was in the passed century. Rome was not built in a day, lets make it born again! 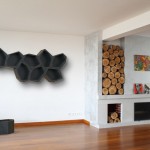 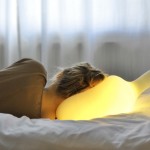