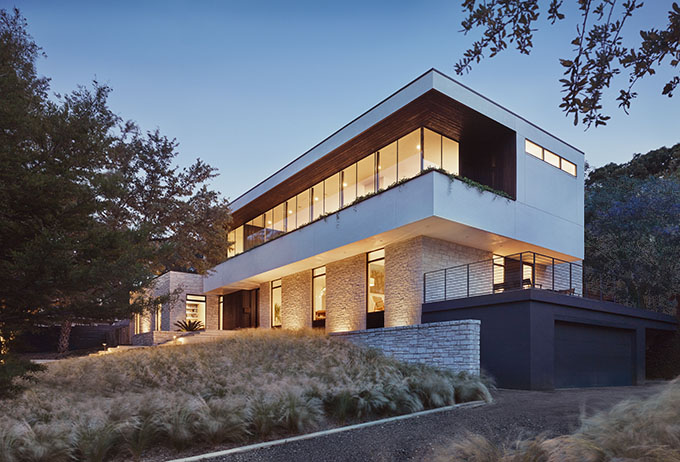 Specht Architects have completed a renovation and major expansion of a 1955 suburban ranch house located on Austin’s west side. The original house (designed by Page Sullivan Page in the ‘50’s) was very typical for its time and place—a sprawling single-story, fairly nondescript affair that had small windows, and was clad entirely in Texas limestone. The challenge was to turn this into a modern house that was open, bright, and inviting, while not completely obliterating all traces of what had existed before. The new composition is one which is clearly of its time, but also respects and reflects the time and place in which the original house was created. 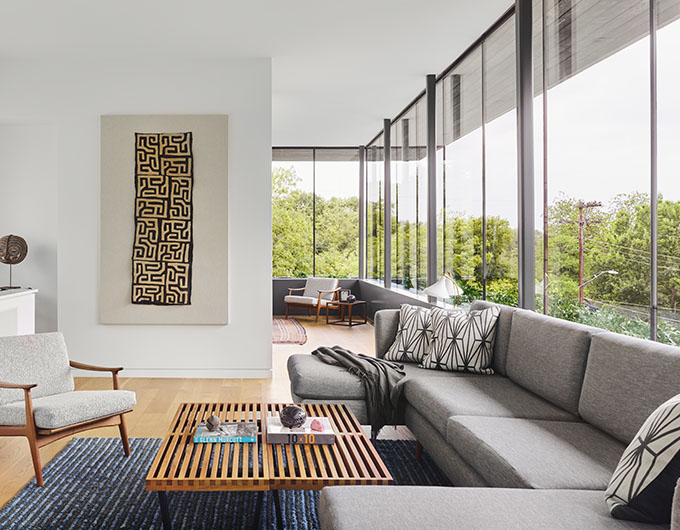 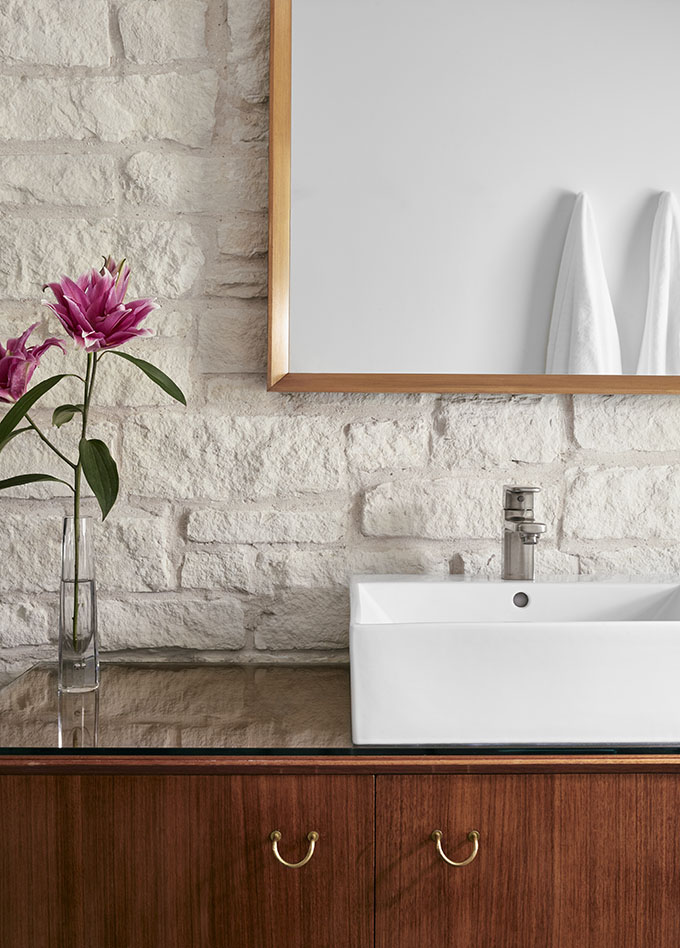 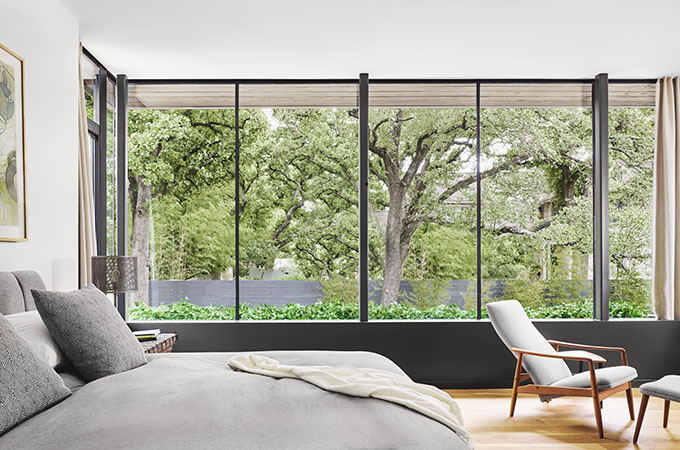 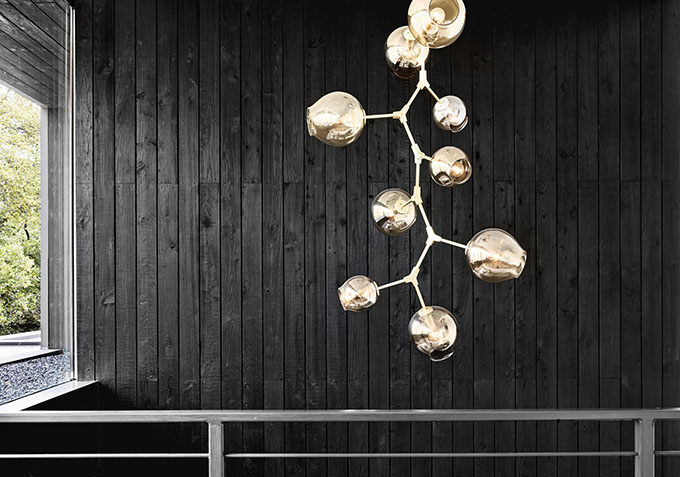 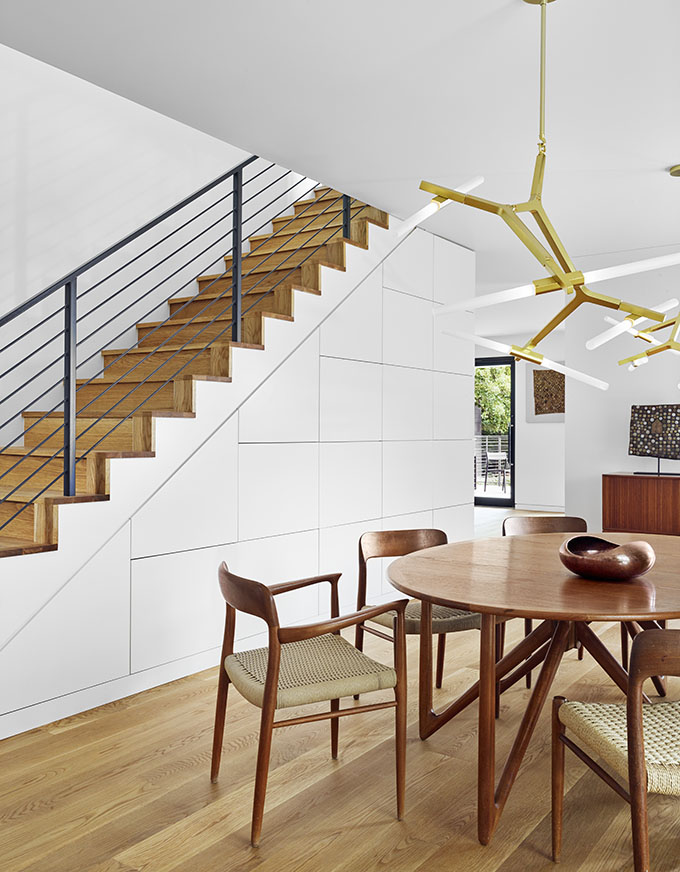 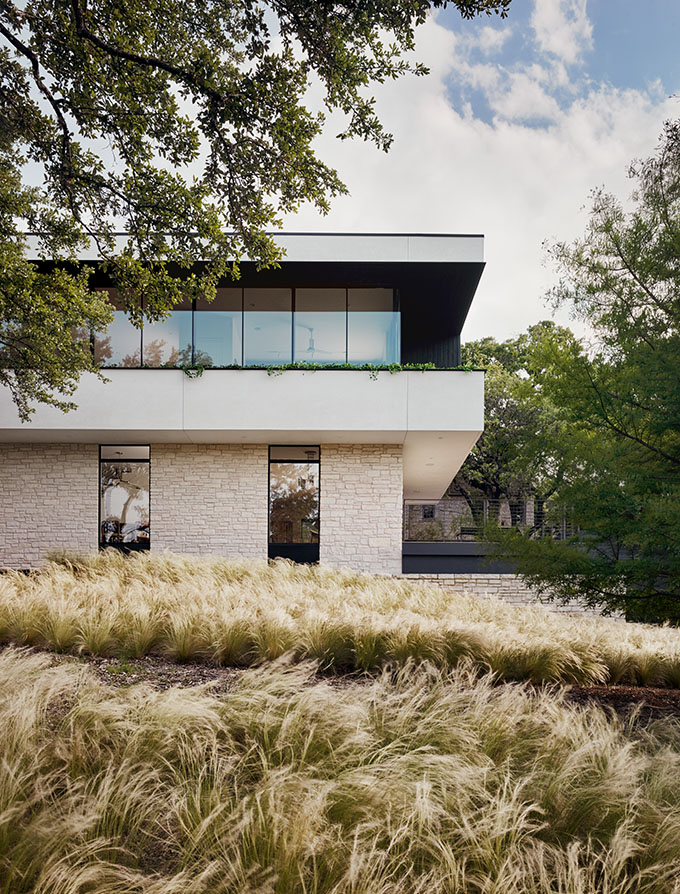 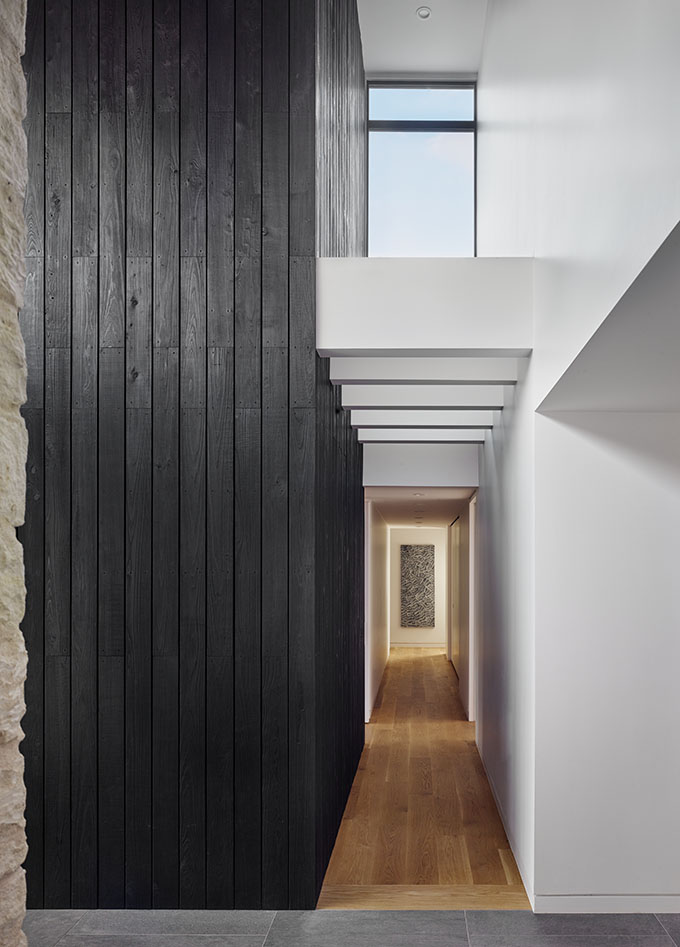 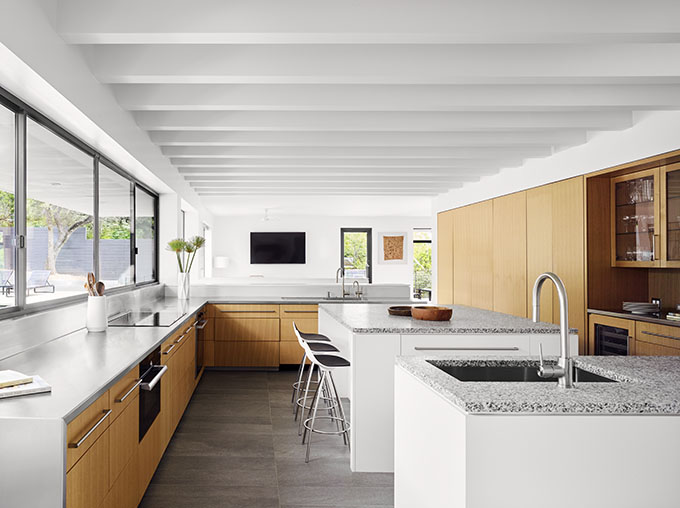 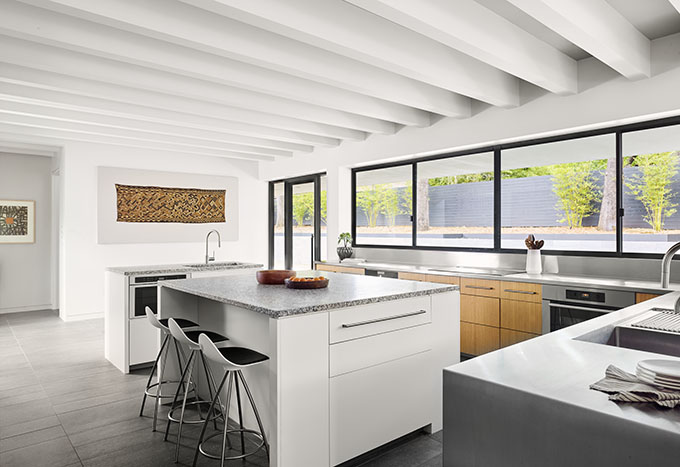 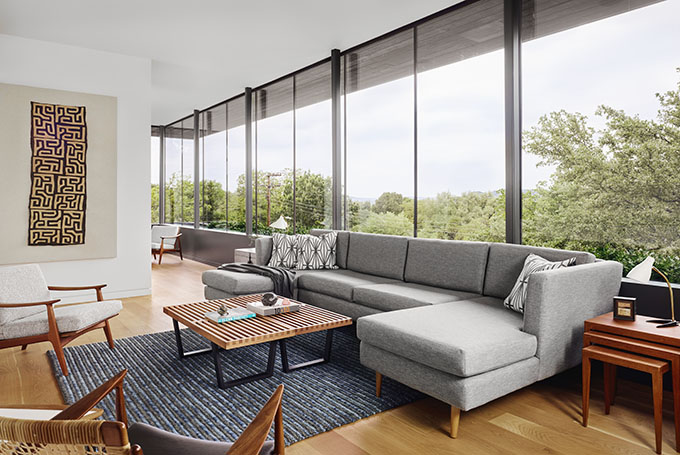 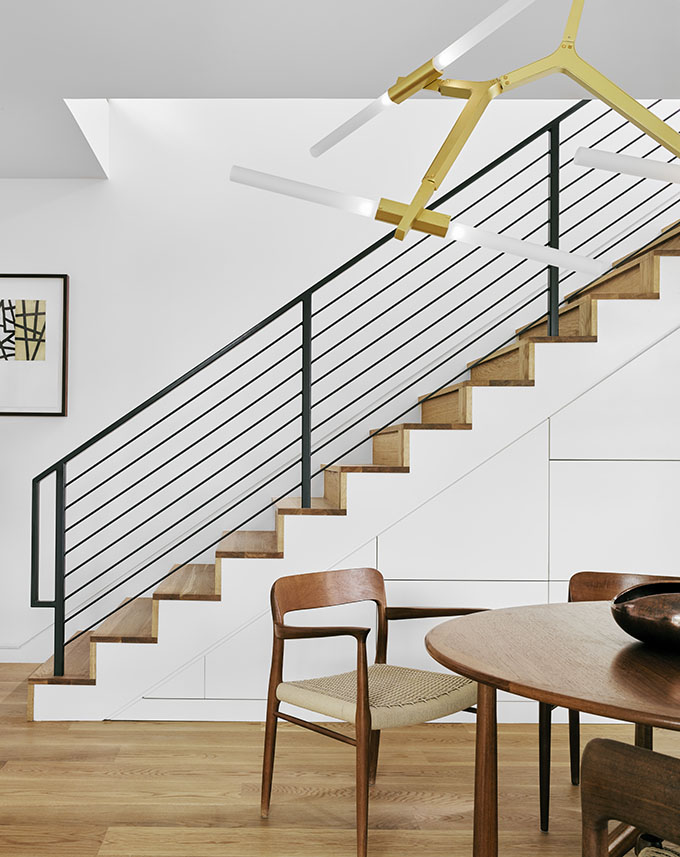 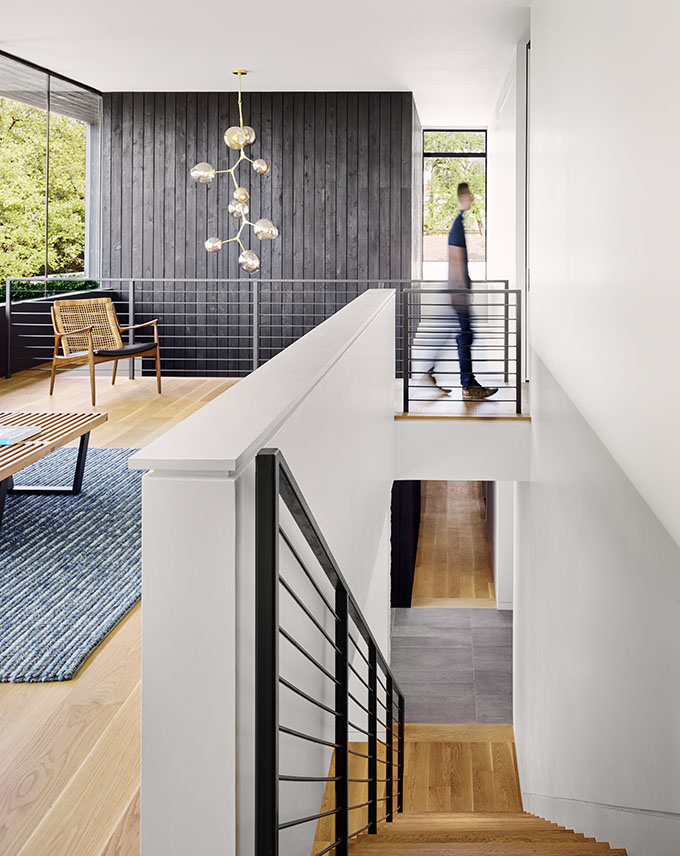 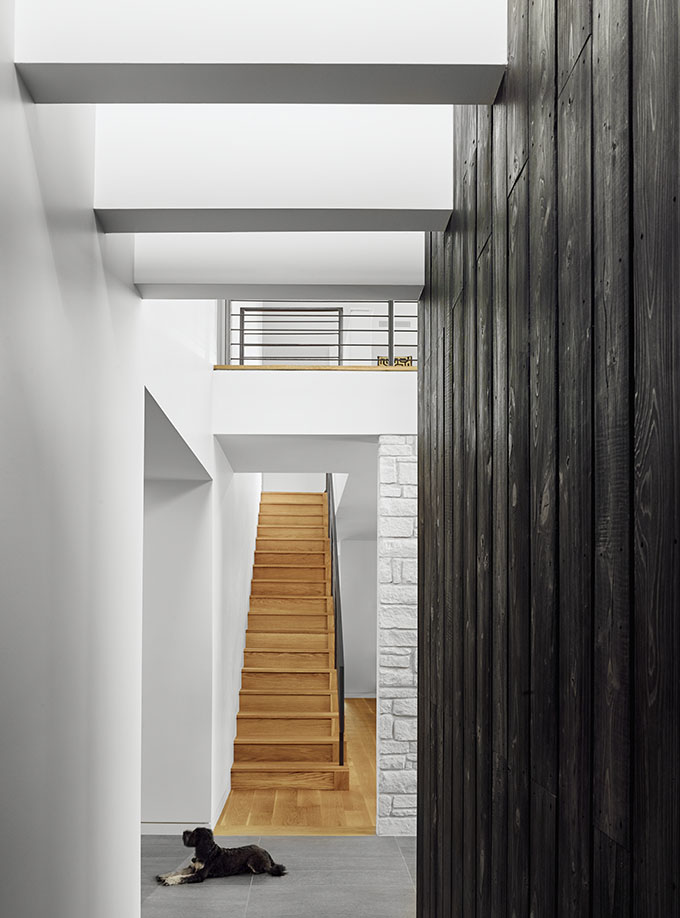 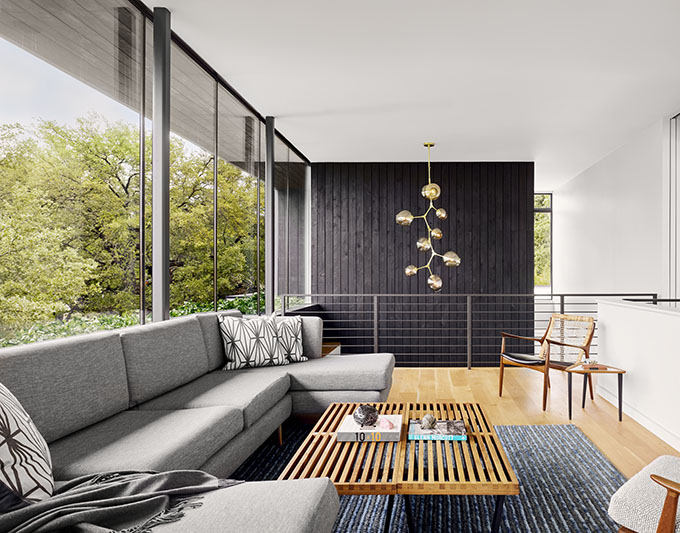 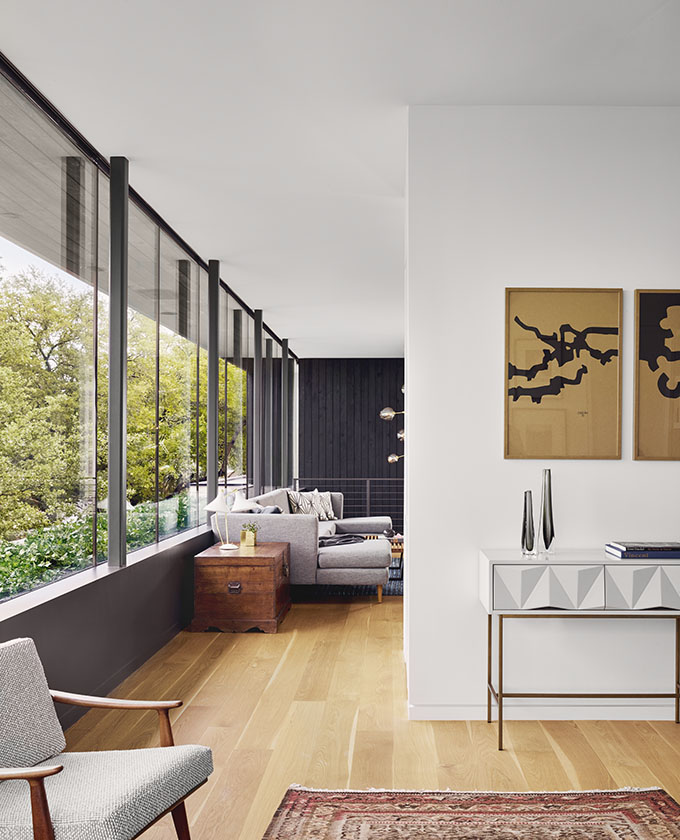 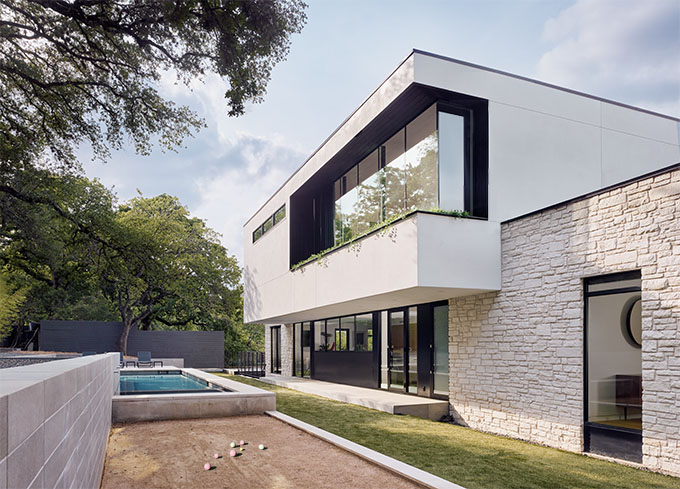 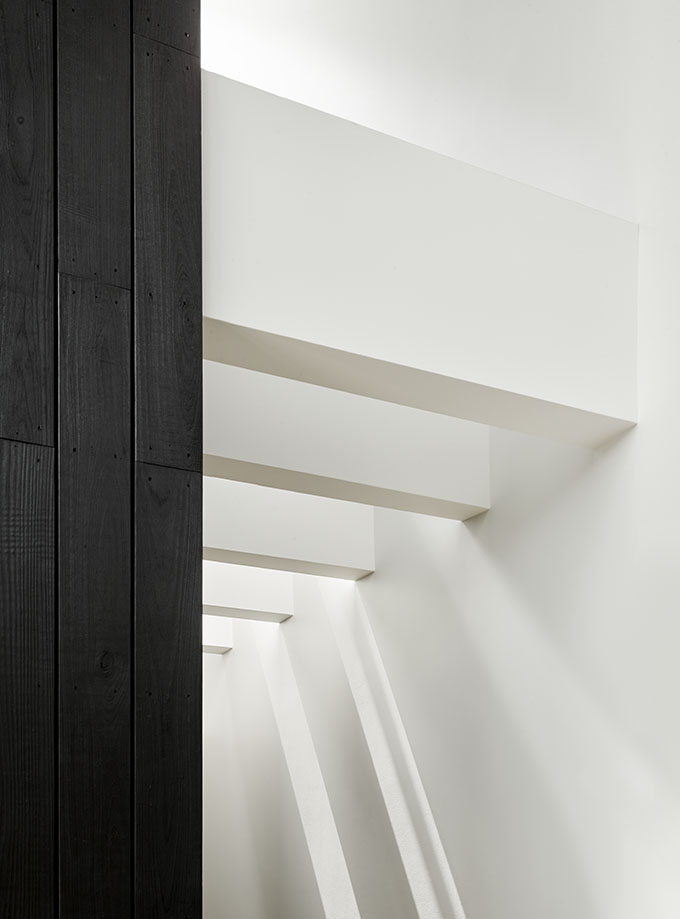 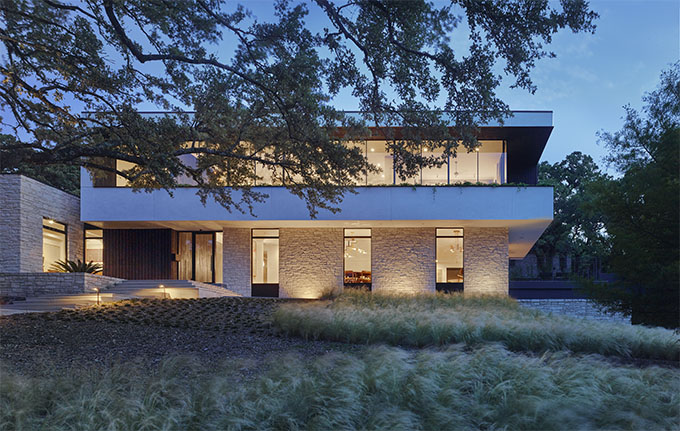 “The project presented some interesting questions of preservation vs change, as well as a compelling story of dealing with a challenging (and ultimately rewarding) site. Part of our philosophy is that elements of the history of a place be retained and incorporated into any new design. There are characteristics of almost any design, regardless of how banal, that embody memories and a sense of neighborhood. We feel that preserving these adds depth to any new intervention. We largely maintained the entire limestone perimeter wall, and used it as a heavy plinth on which a new second level was added. The new upper level features large frameless glass windows and is filled with light. The interior was opened up to create double-height spaces that bring this light from above and into the center of the house.”

The house is on a site that straddles a fault in the limestone base strata below. Water continuously flows up through this fault and flows out onto the property. The original 1955 house featured a foundation with extremely deep concrete piers that allowed the house to bear on more stable strata far below the surface. Given that building new piers was cost-prohibitive, they did not expand the house’s footprint at all, but cantilevered the new second level out from the existing structure. This strategy not only allowed for the house to be within budget, but also gave it a distinctive dynamic expression. The different materials and profiles of the first and second floors emphasize the house’s horizontality and create another kind stratum that is visual and expressive. 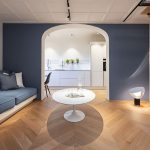 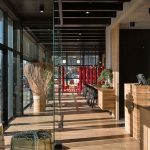