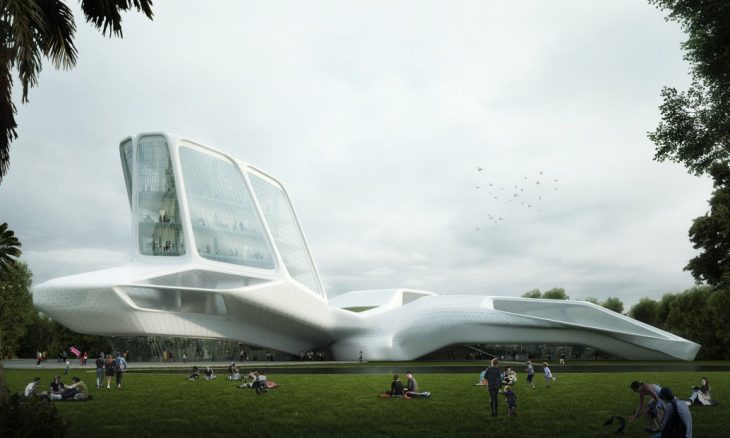 MA2 have designed this inspiring concept design for a museum intended for Houston. The project is part of the office research and speculation on Houston’s city growth. Take a look at the complete story after the jump. 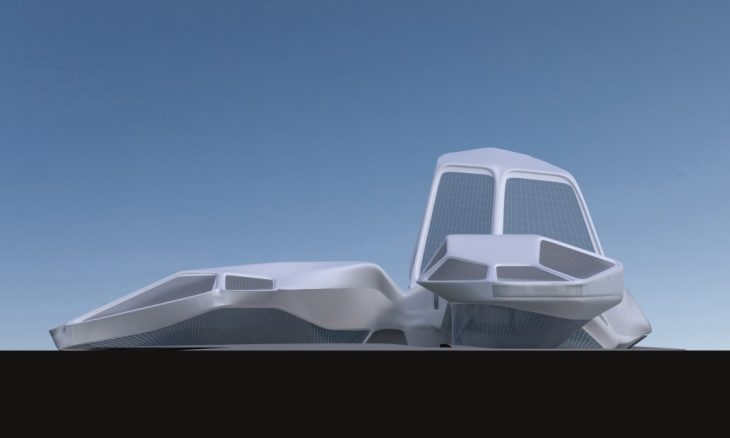 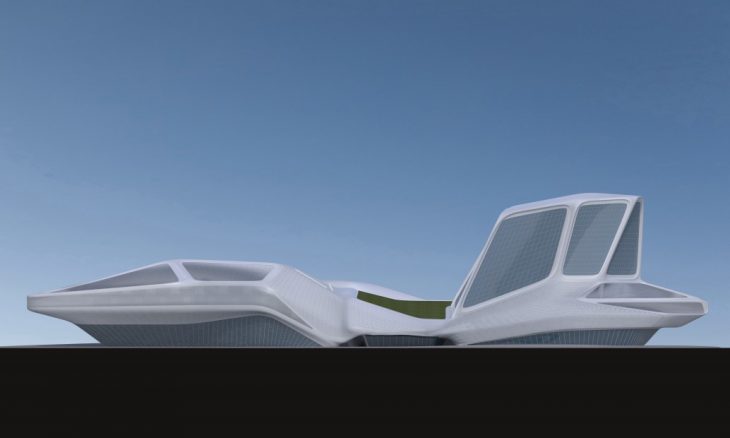 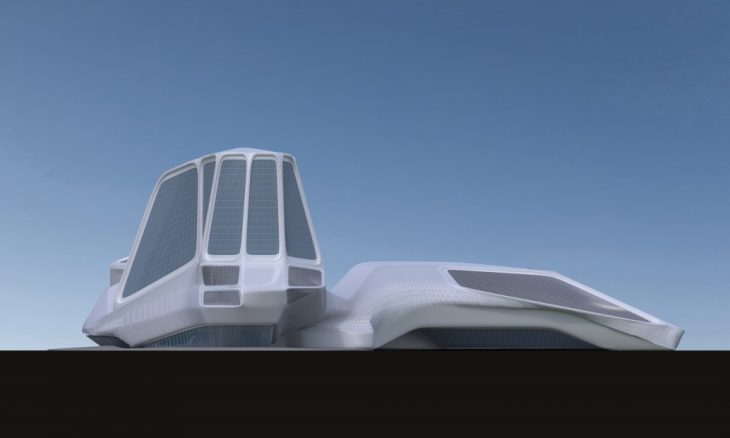 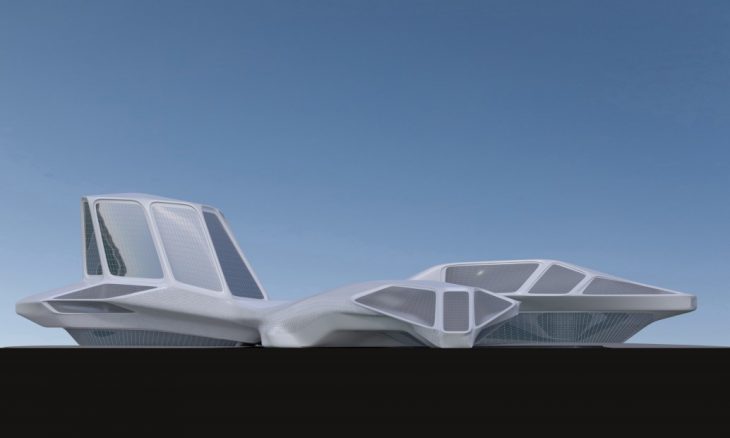 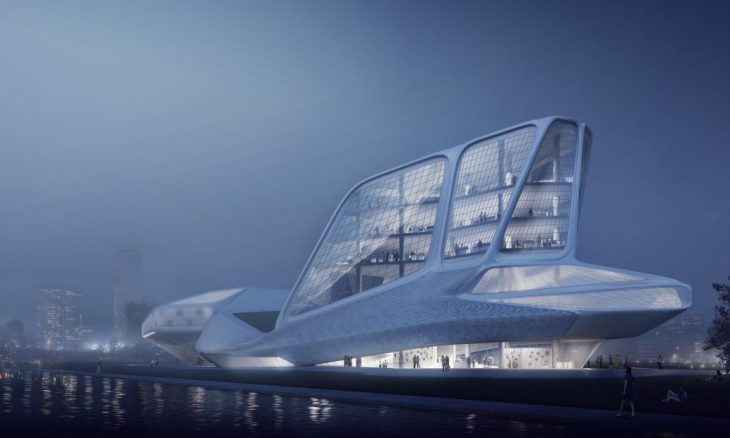 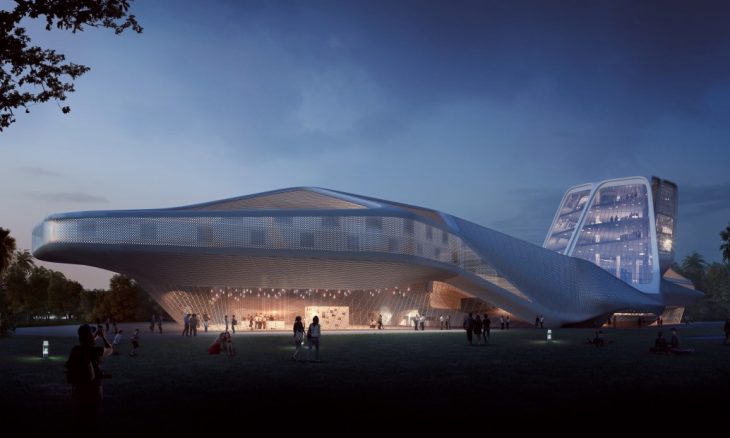 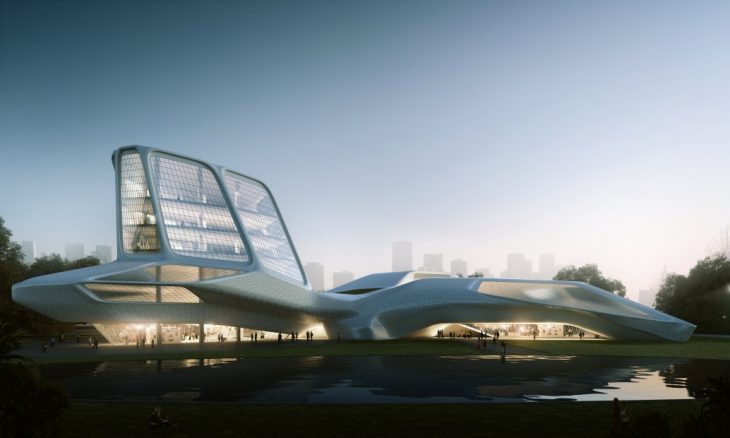 From the architects: “Geometry in motion” is a paradigm in which the architectural language and tectonic manifestations of an object gain resonance and operate within the duality of presence and context. This type of poly-performative structure can be contextualized within the directives of Kinematic Viscosity, the analytics and mechanics of motion within points, (bodies)objects, & systems. The project examines this Kinematic play of horizontal fluctuations and the bifurcation in massing components. By creating a dynamic system that operates as a continuous fluid body, the plan of operation and multifunctional programs flow and overlap creating a hybrid composite of boundaries and tectonics. This allows both a separation and opportunities of intermingling for display and exhibition layout. The dual function of the architecture is to display art and various fields of design objects for the greater education of design appreciation, in its methods, technique, and meaning. As a project of speculation on growing cities and dynamic architecture, this concept proposal situates itself within a park setting of Houston, Texas. As an urban city like Houston continuously grows and expands its museums and art culture, the proposal is to accommodate the growing and emergent design youth as a place to engage the discipline of production and aesthetics.

The horizontal elements are display areas and the vertical, offices. Material expression and geometry blend and morph into other modules of mass and articulation. Part of this manifestation is to crate a tectonic body with Kinematic signifiers to its exterior and complement the diverse exhibition space within. Its fluid massing also reflects another element of an organic dynamism. This is to engage the surrounding and become a node within the city. It’s a project operating with dual viscosities, kinematic architecture and urban flux. 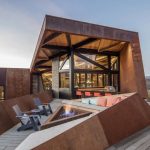 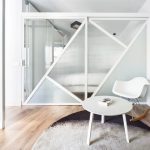