The European Spiral is the work of MADEOFFICE architects and a universal symbol for the European Union. Discover more of this impressive project after the jump: The city of Brussels is one of the most symbolic site of the European Union. Within the city there are all the major European institutions, including the European Commission, the Council of the European Union, the European Parliament and the political seat of NATO.
In our proposal for new symbol of European Union in the Grand Place of Brussels, we have been particularly interested to develop a structure whose iconic strength could be read at all the scales, from global to local, in order to emphasize the strategic location of Brussels, its global and universal significance. We did not look for a self-referential egoistic symbol, but we have been rather interested in expressing the universal values of all 28 cultures of the countries belonging to the European Union and their history, their cosmopolitan societies, unity, and their desire to open up and communicate with the rest of the world. The design inspiration started from the desire to emphasize as much as possible the strong concept of “union” and symbiotic development of the countries of the European Union. Starting from a hypothetical common flag consist of the colors of the flags of all the European Union’s countries, we twisted and rolled it into a unified vision. What emerges is an incredible Spiral of European colors.
The initial choice to match the new symbol of the Europe’s become with a spiral geometry depends on the multiple meanings it contains. It dances persuasive twisting on itself, and oriented between the variables of a destiny that no one can oppose, slips between the tangibility of matter and the transcendence of sound, ending its journey somewhere.

Functioning organization
The European Spiral is a museum and in particular a fascinating experience spiral path that allows visitors to learn about the history of each 28 countries that are part of the European Union. The history of each countries is intertwined and evolve together towards a future living. The choices of a country influence those of another as well as the fold of a spiral adapts to its neighbor. A path within the European cultural heritage of the past, the present and the future.
Sinuous paths guides the user toward the system of elevators and stairs.
The different level of the building are organized into functional “islands” interconnected through ramps and elevators, driving people through an always changing spaciality that makes the interior of the European Spiral Museum an experience mutable and always more thrilling for the visitor, allowing multiple kind of visual. Conclusions
Our desire is that this project will represent symbolically the collective soul of the European Union people all over the world, providing a meaningful challenge to the next generations that will be always confronted with new challenges. 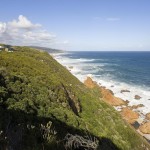 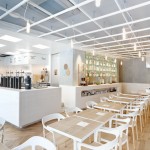