Portuguese design firm STUDIUM transformed an underground warehouse in Porto into an innovative 650 m2 office space using a modular system. Take a look at the complete story after the jump.

From the architects: The design of the Spectris Innovation Center Porto facilities was presented as a self-inflicted exercise. The lack of referential context, caused by the decision to expand one of the existing building’s bodies to a completely inert attached warehouse space, was the starting point for the study of the interior occupation and an exterior building, as well as for the design and functional dynamics between the multiple contact spaces of both lots.

The privileged location next to Porto airport, subway and highways helped in the decision taken to occupy the neighboring building. The set of about 650 square meters is characterized by its configuration in a warehouse of rectangular volumetry, with its longitudinal axis oriented northeast-southwest and with a central nave. The division is vertical and takes place on 02 floors in the area of the existing offices (north) and an access to a backyard patio with about 500 square meters (south).

The entrance is the first functional unit that defines the symbiosis between the past and the innovation requested to the present. This is the premise on which the creative concept for the project is supported, through an ambitious program for the creation and distribution of around 60 open space jobs, in a fusion between meeting areas, team work areas, individual spaces and the expected decompression and leisure time. The central open space thus articulates the community in spaces for meeting and being with spaces for teamwork in a convergence of uses, functions and unequivocal scales for residents as well as for visitors.

The meeting spaces follows this scale in proportion and in the occupation of the existing space: starting from the auditorium as a generating element of different spaces (in themselves and surrounding, own and even resulting in excess) which are combined with the confining and structuring containers (agents of access control and upper floor limit) and as a structural element for team growth on the upper floor supported by these preliminary support points. The scale also follows the standard definition of the spectrum of use with micro contact points where we can, individually or in groups, extend the primary performance space.

Maximum performance implies a break, recovery and sometimes an escape. The placement of the dining hall in the backyard space proposes exactly that moment of meditation and contemplation, whether by the presence of the collective or the individual, the outer space is appropriate and in which we can freely breathe. The connection with the gym and the game room, justifies the sustainable attitude of comfort and well-being in modern office spaces, in addition to the individual conditions of each individual workstation.

As a unifying element of the entire space, we present the + system which in itself defines areas, functions and moods. 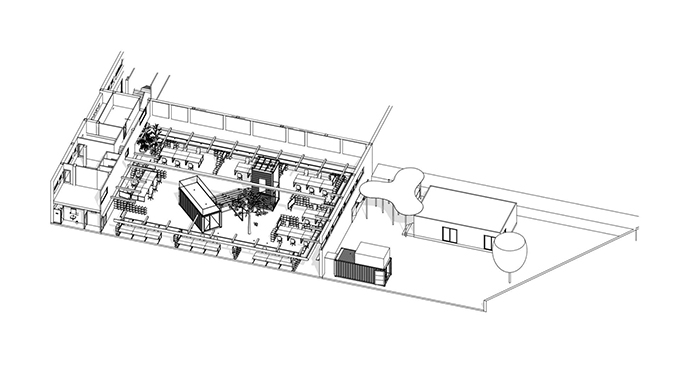 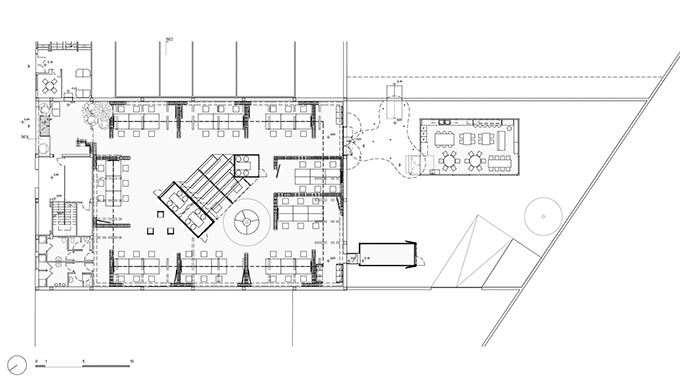 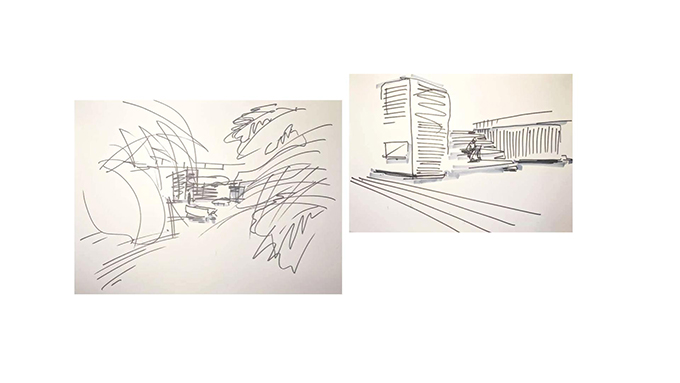 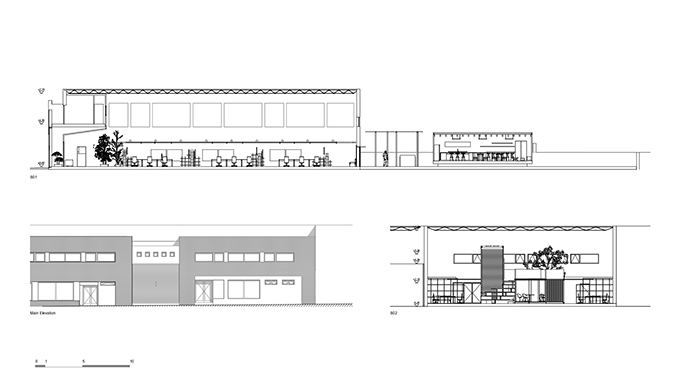 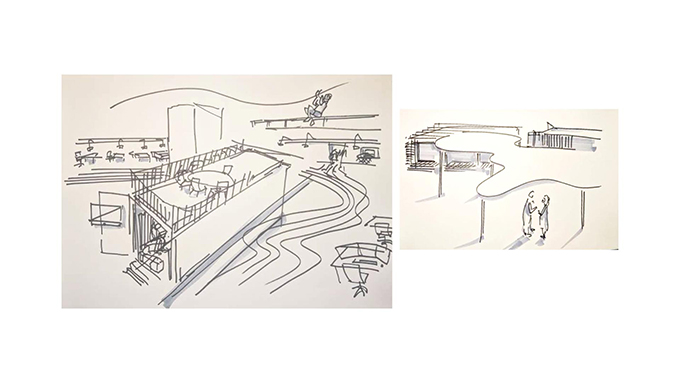 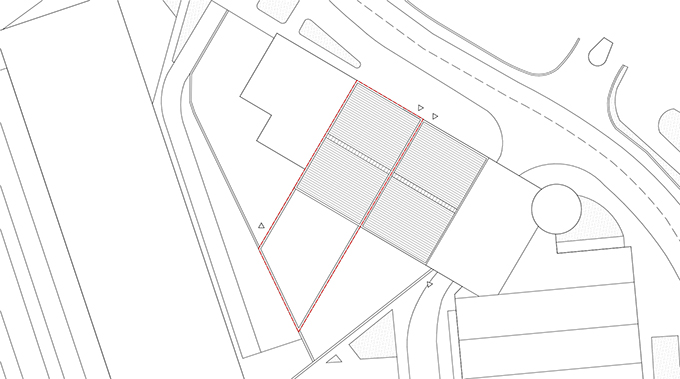 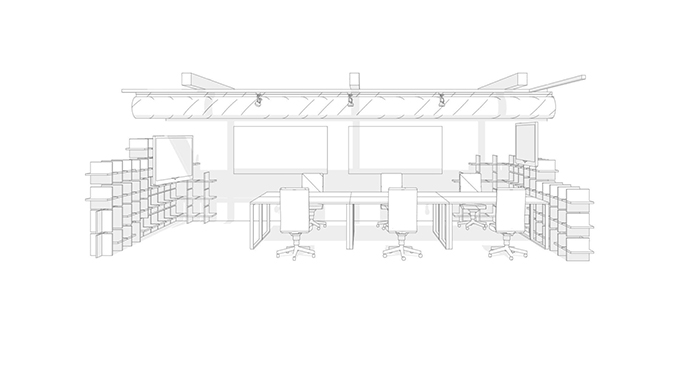 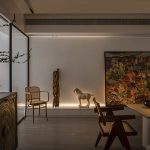 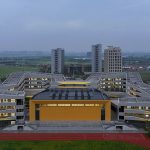