Eduardo Ramírez Urrea designed this stunning Residence located in Puebla City, Mexico, in 2017. Take a look at the complete story after the jump. 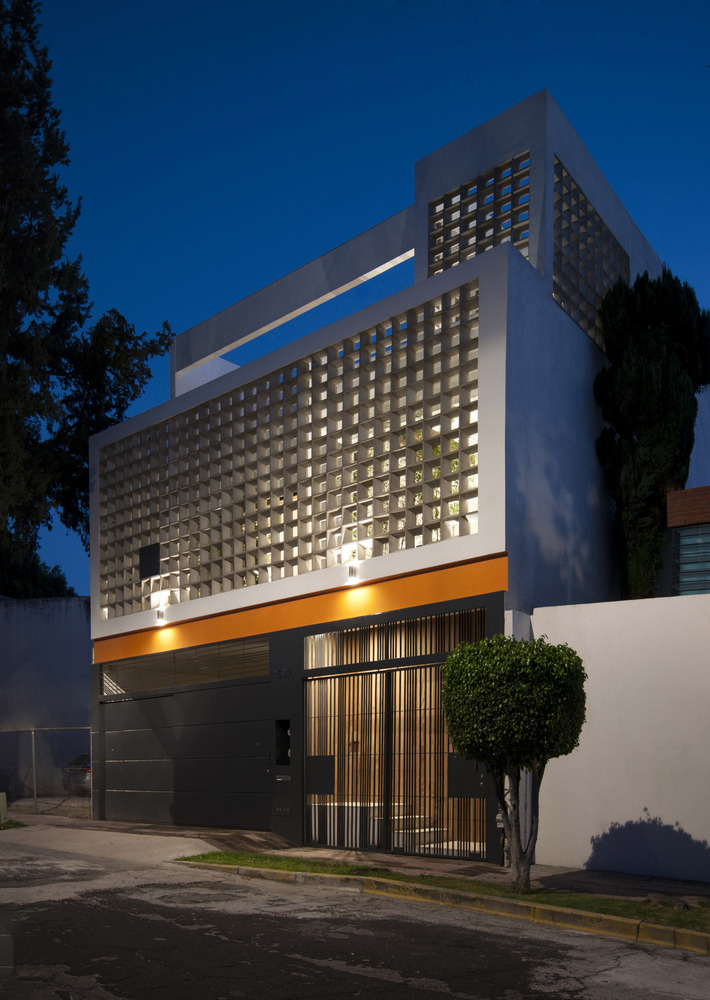 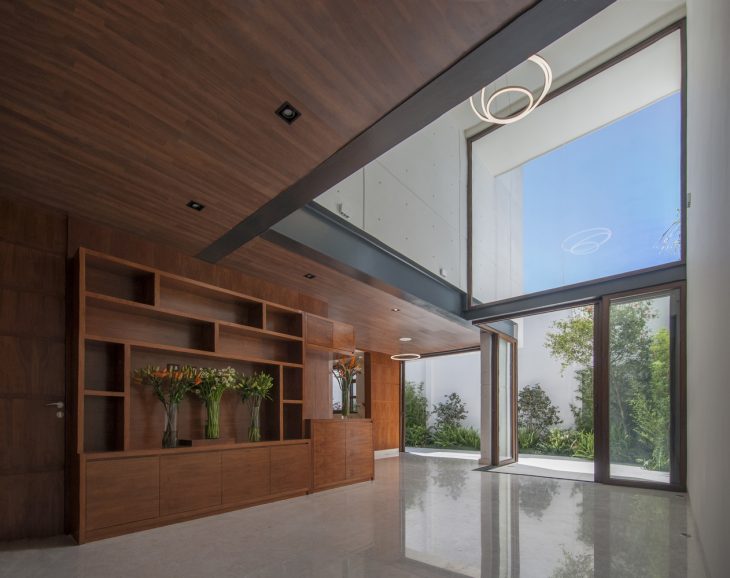 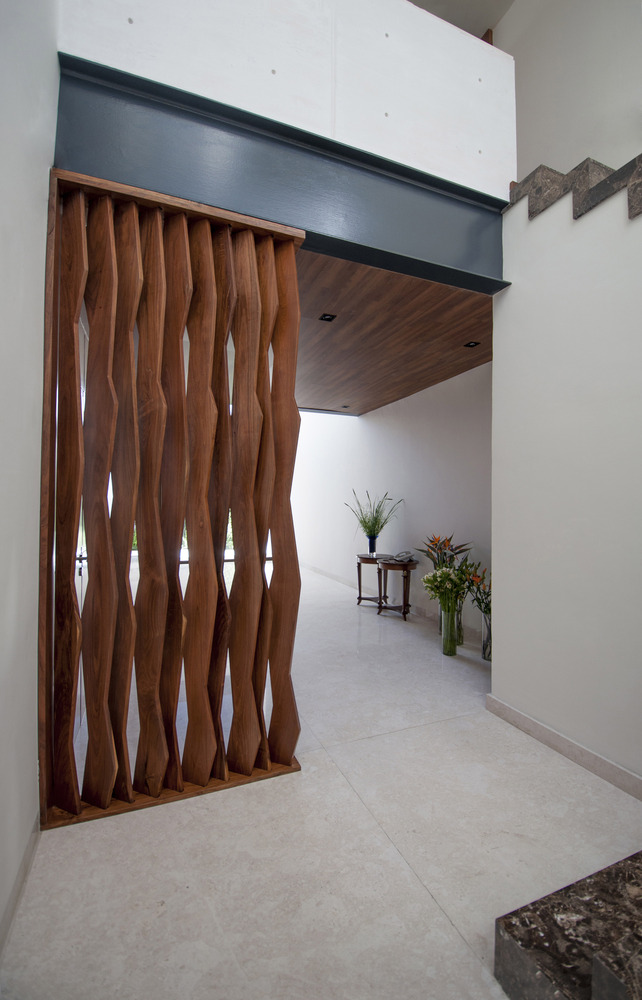 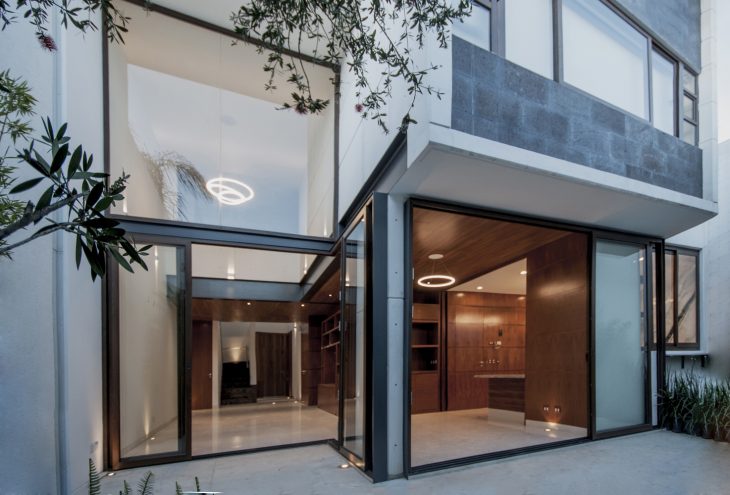 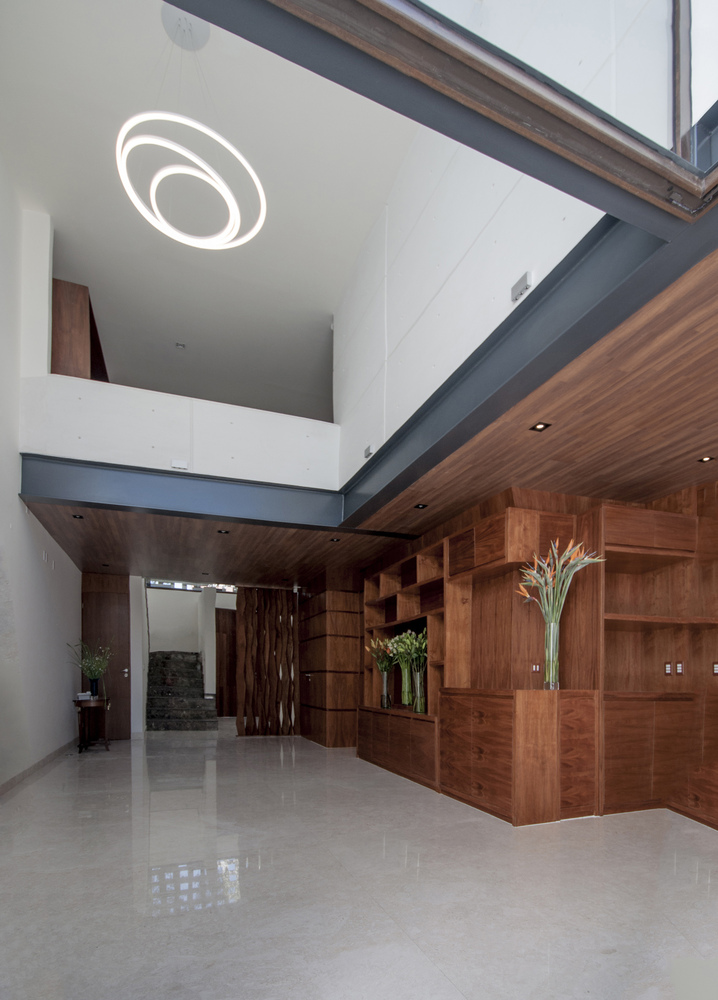 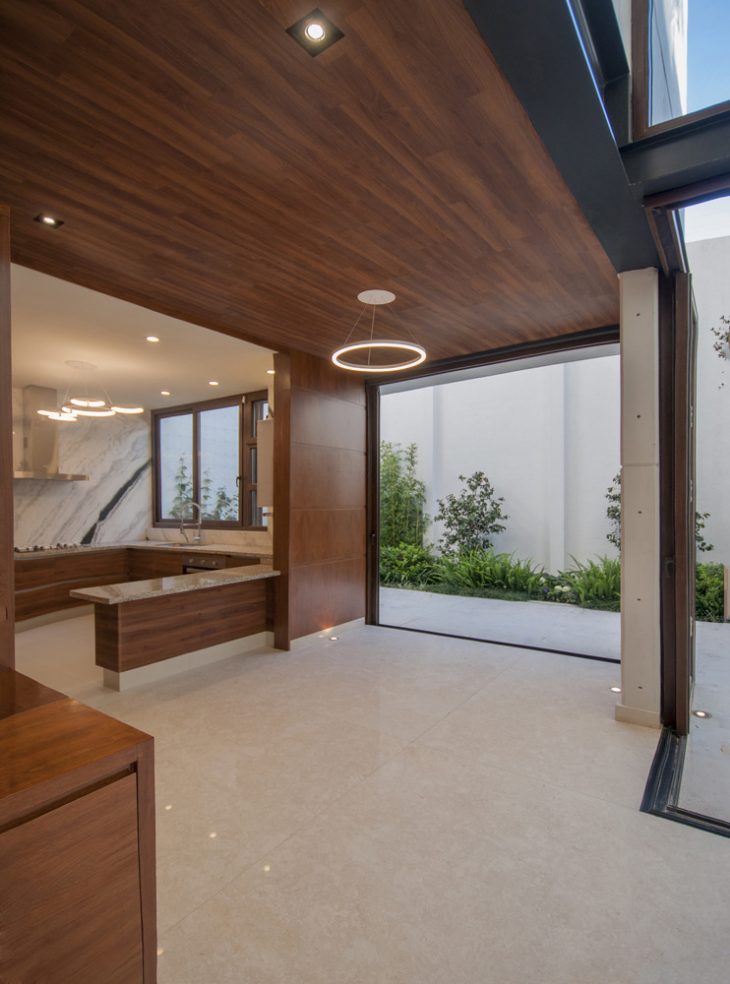 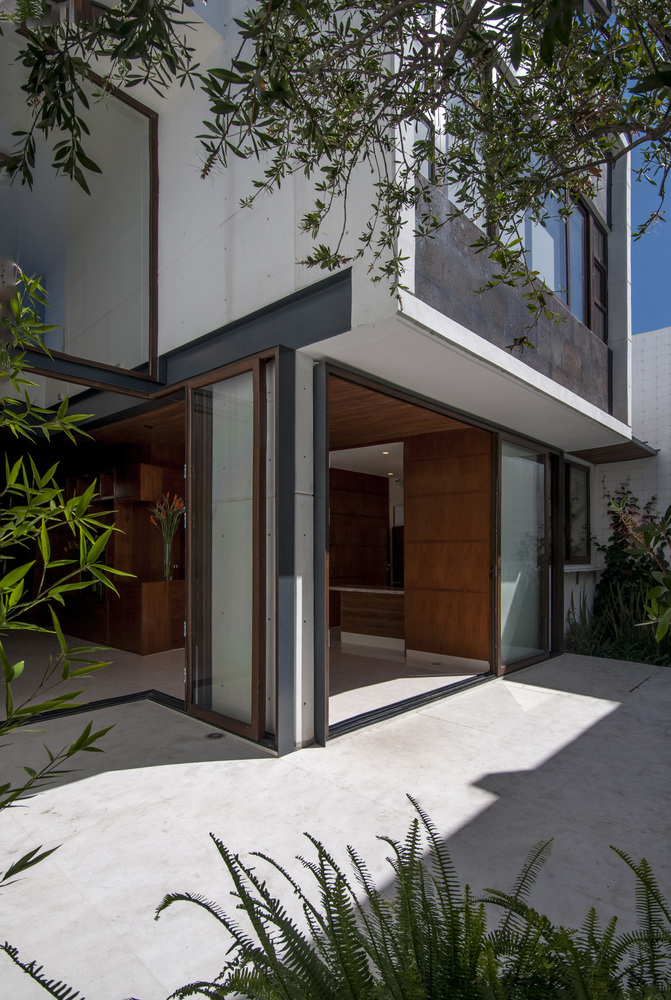 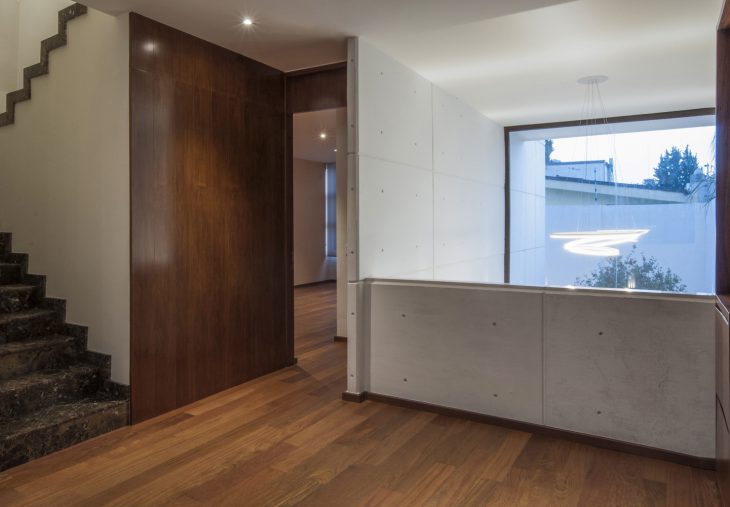 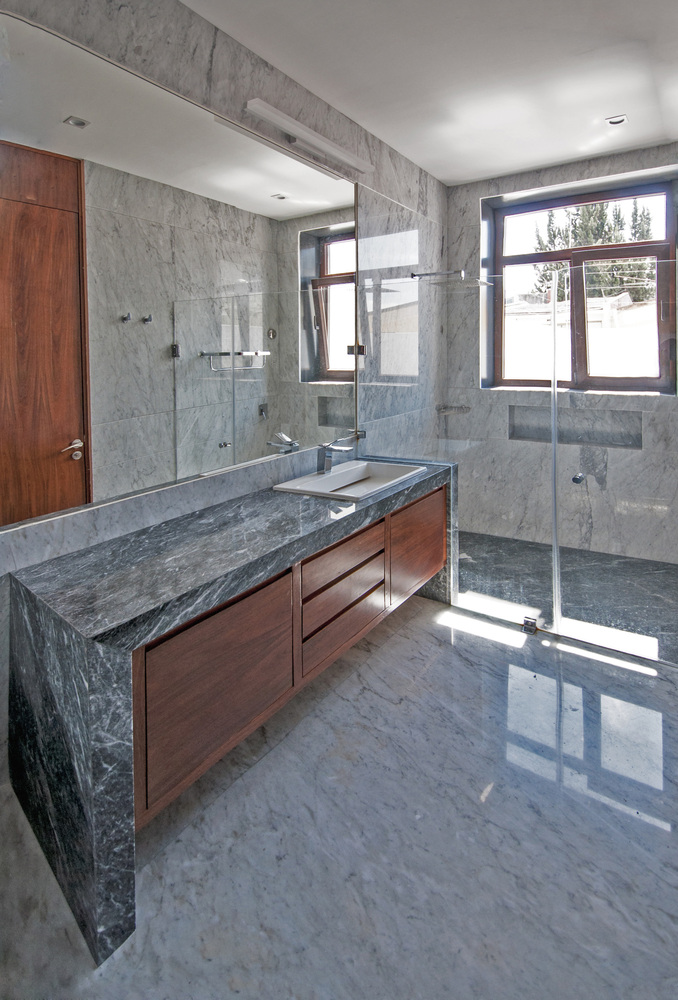 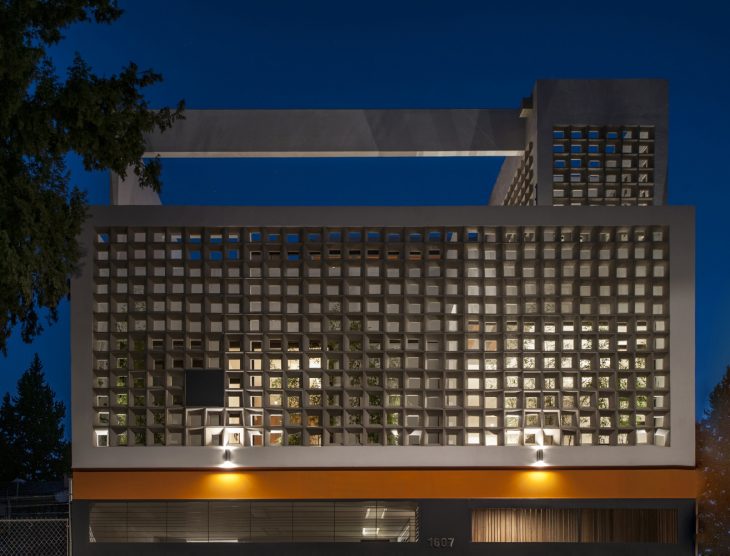 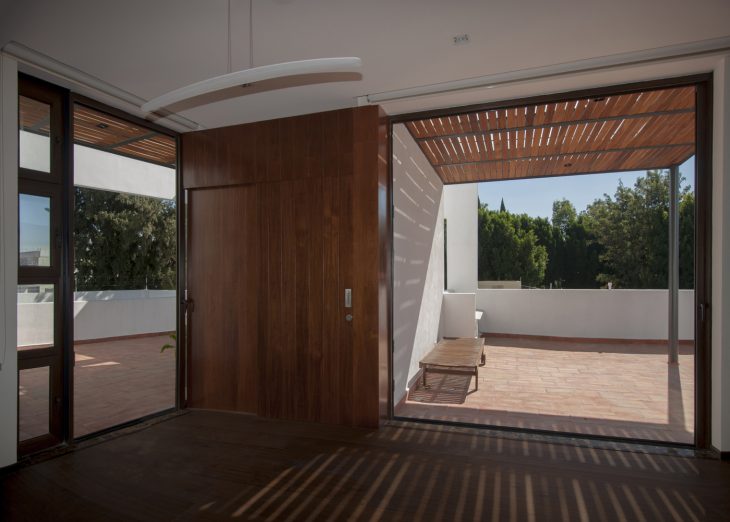 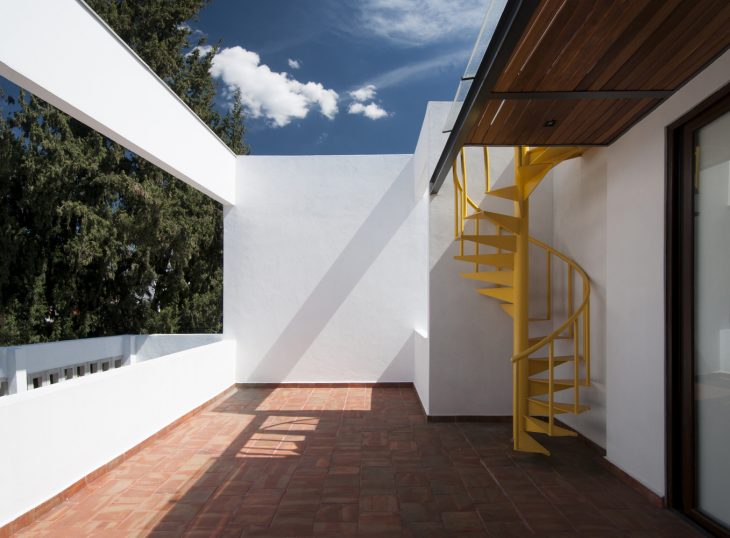 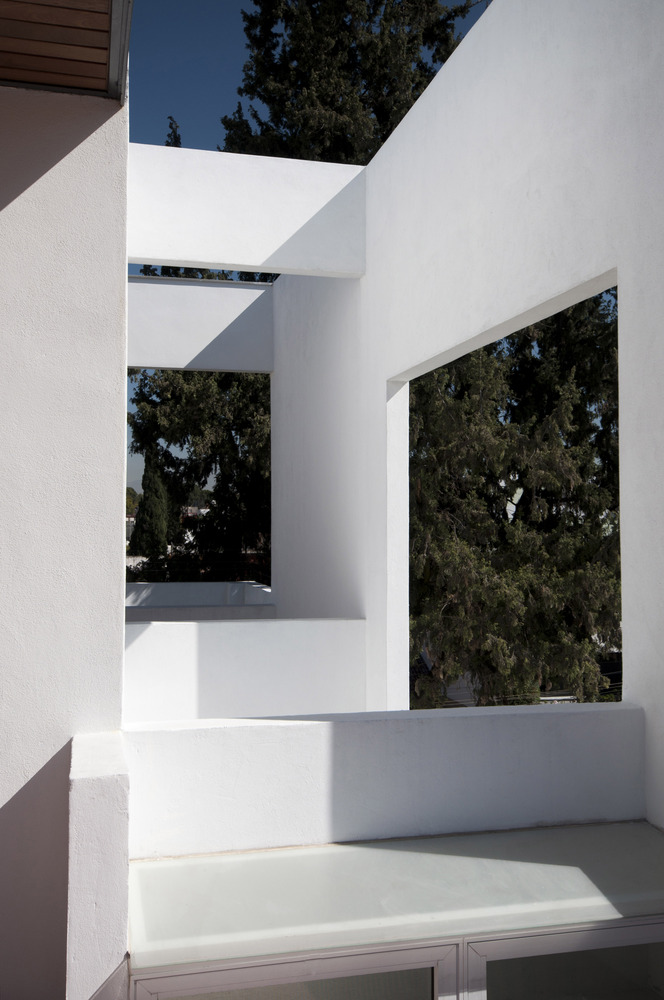 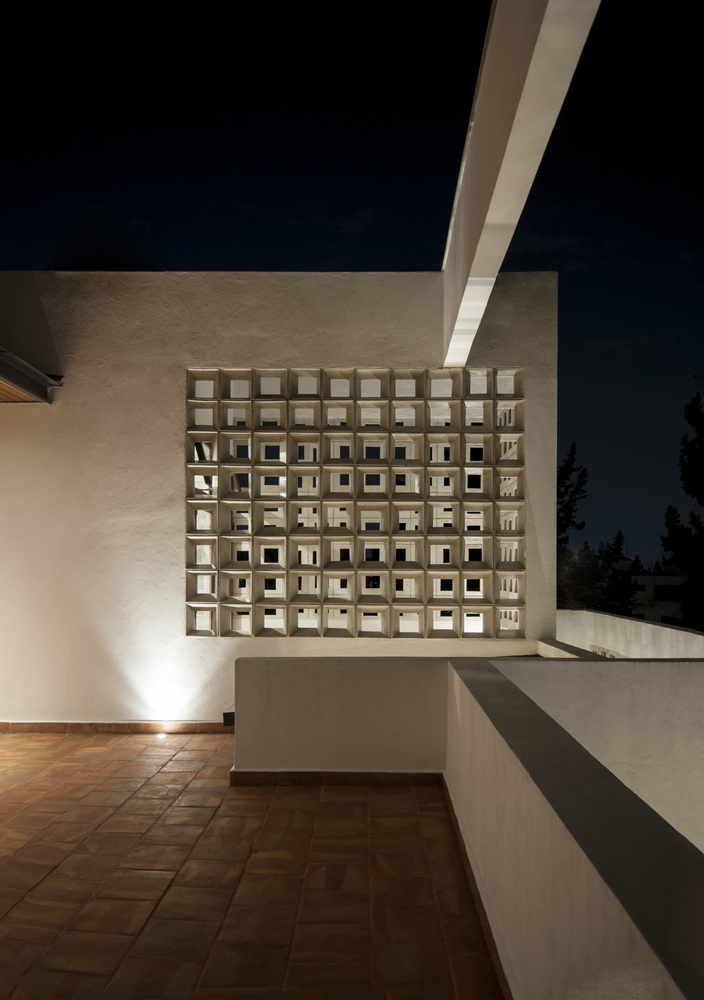 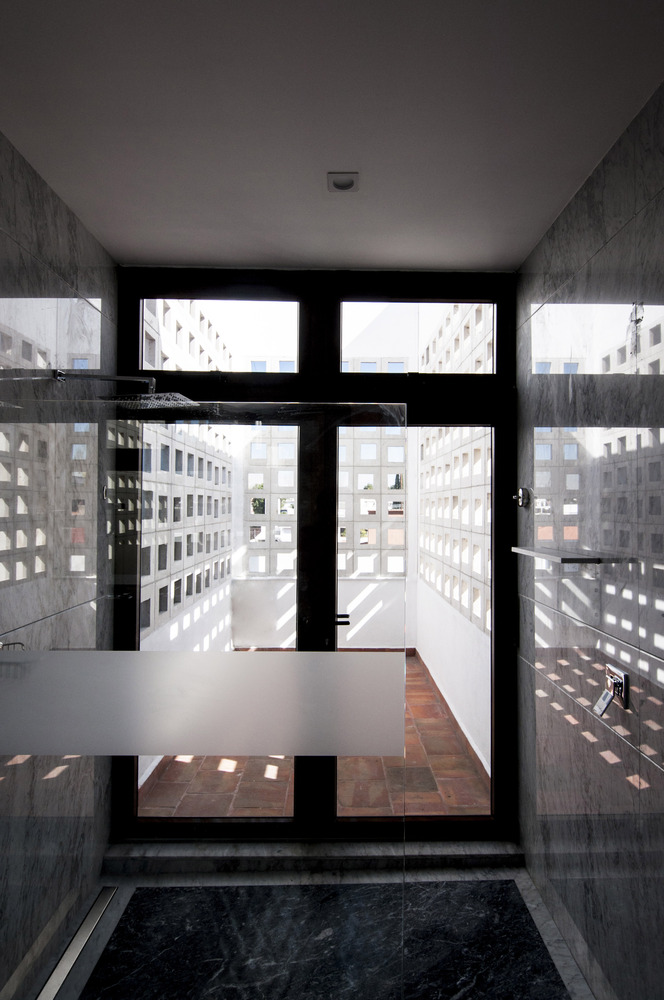 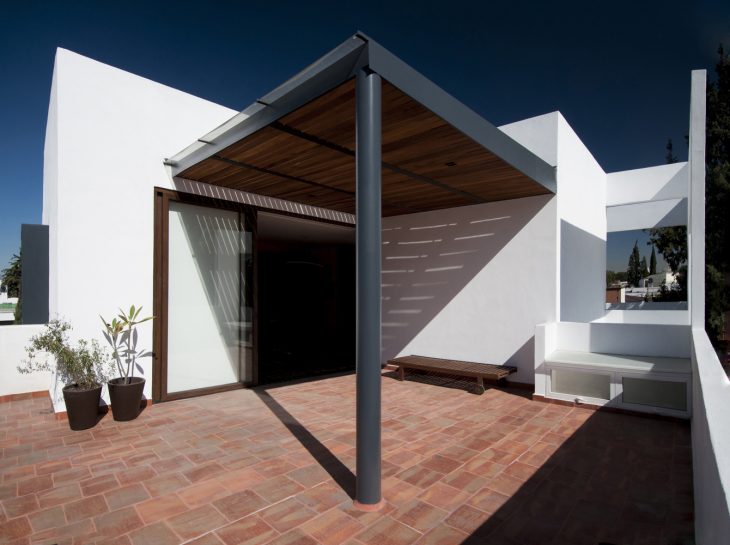 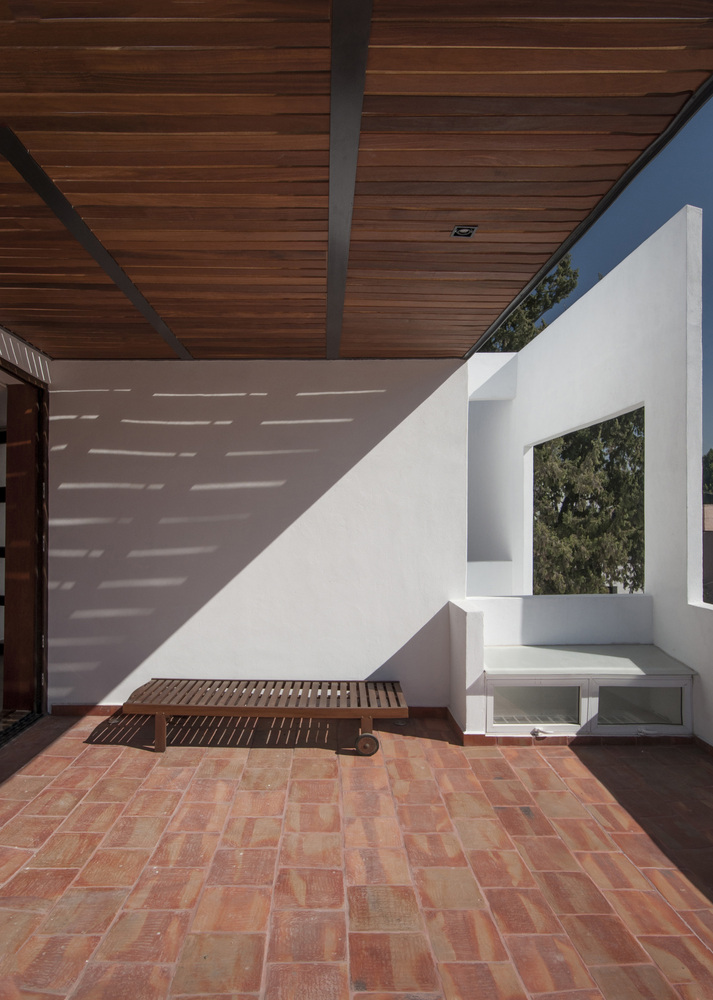 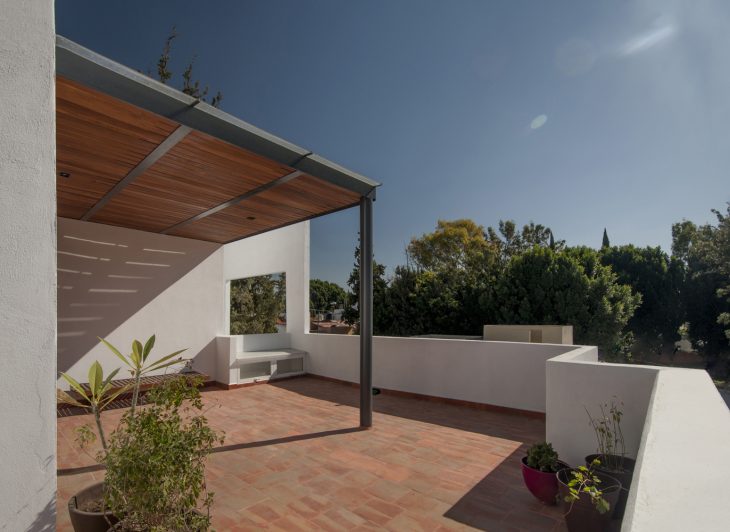 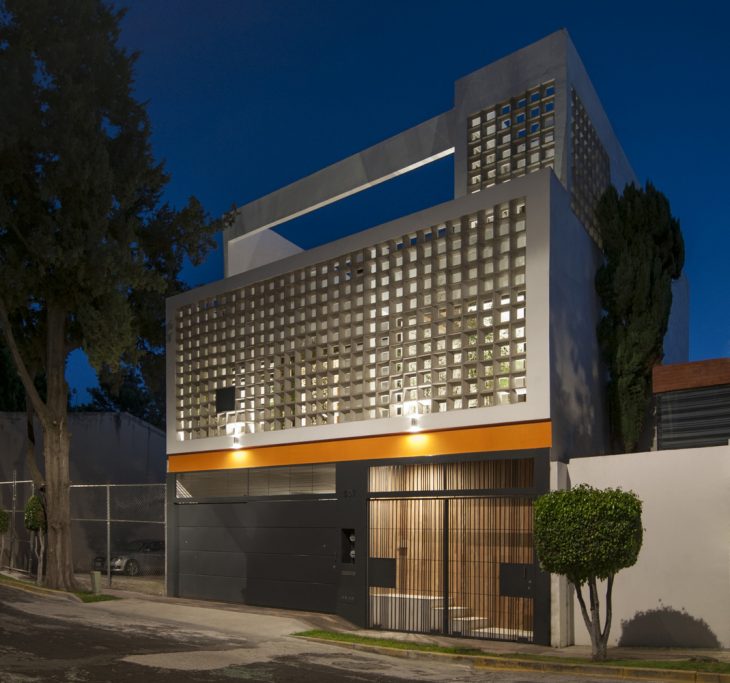 From the architects: The architectural objective was to achieve the maximal optimization of land which is 200 square metres (2,152 square feet), which would promote cohabitation as a family and at the same time, offer intimate spaces with the privacy required for each of the family’s daily activities, taking care of the relationship with the exterior, so the privacy character is achieved.

The aim was to create an interior space that would articulate the whole house and where family coexistence would develop. This was solved by a longitudinal dynamic space that goes from the street to an interior courtyard.

The interior patio is the most intimate space of the house. Since privacy is a very important element, several resources were used; In the inner courtyard the walls were raised to double height and on the other side, on the street façade, a filter was created by means of a terrace where a latticework with white concrete elements was placed, like a kind of mask, which tricks the views from the street, but keeps a subtle communication from the inside. The latticework is placed on the entire front of the house giving character to the north façade while accentuating the abstraction of the volume.

Since a total integration of the interior space with the exterior was pursued, door-windows were created that hide over the walls, managing to merge the spaces completely. Something important to achieve was: “see raining without getting wet” for which cornices and pergolas were arranged that allow to have the doors open while it rains.

On the second floor there are two spacious bedrooms, with bathrooms and closets. In the bathrooms, great natural lighting was sought, as well as privacy. On the third floor there is a study, which is a more private space, separated from the family hustle and bustle, which can be converted into an occasional bedroom since it has a bathroom. In this one, a feeling of integration with the outside was sought, but maintaining its privacy, for which a courtyard bordered by latticework was arranged, repeating the pattern of the main latticework.

The roofs become livable spaces applying the concept of interior-exterior integration, as well as “see raining without getting wet”, for which two pergolas made of steel, wood and glass were laid out, of which its structure is evident.

The study is oriented towards the pleasant views created by the large trees of the neighboring park.

The urban sights were intentionally avoided. The space is delimited by a system of beams and walls, which frames the views and forms a more coherent and homogeneous exterior volumetry, enhancing the abstraction of the volumes.

The last roof becomes a viewpoint where you can admire the sight of the volcanoes on the valley. This space is accessed by a metal spiral staircase, also of exposed structure, with a strong chromatic treatment, giving it a sculptural plastic character.