The construction work of Hermods Plats is now finished. The square in Klagshamn, Malmö, Sweden is the first implemented design of Mandaworks. The design work started in 2010 and has been carried out in close collaboration with Pernilla Theselius at Malmö Municipality. The construction work of Hermods Plats is now finished. The square in Klagshamn, Malmö, Sweden is the first implemented design of Mandaworks. The design work started in 2010 and has been carried out in close collaboration with Pernilla Theselius at Malmö Municipality. The square forms the center of a new development area of apartment buildings and row houses, in an extension of the old village Klagshamn.

Klagshamn is village located on the south periphery of Malmö and is a part of the Malmö Municipality. Klagshamn is surrounded by a beautiful landscape and a variety of rich natural areas that define Skåne's landscape. In the late 1800s, the village emerged as limestone began to be mined in the area. From the mining the community grew as a railway, small industry, hotels and schools emerged. When the quarry closed village development stalled and the quarry was turned into a lake. Recent years have brought new interest in Klagshamn as a series of new urban developments have brought new residents, a new spaSal structure, and a new life to the village. To help bring identity and bind the village together, Hermods Plats was commissioned as a public space aimed at creating a community square that minimized the presence of the site's existing barriers, invited activity, and brought a stronger sense of community to the village. Description of the Proposal

A neighborhood square grown out of the site's movement patterns, geological history, and surrounding architectural qualities, Hermonds Plats brings a new identity to the village of Klagshamn. Inspired by the fragmentary nature of the flint stone found in the local landscape, the site's spaSal arrangement creates a series of rooms that Se together the old village structure with the newly developed residential area. Called fragments, these rooms organize the streams of movement and provide a variety of social opportunities within the square. The fragmented pattern is created through a series of curved concrete edges that vary in height and function. Within the square there are two types of concrete edges: one is a thin line in level with the floor surface that respects the site's lines of design and the other is a thicker, elevated wall that supports in situ seating areas, a jeu de boule play area, and elevated vegetation areas. Collectively the concrete edges organize a selection of floor treatments and solscape materials that brings a strong design identity while also answering to the municipality's demand for adaptability over time.

Now open, the square has become a connective space that blends activity areas for young families with passive landscape elements, a local bus stop and siting areas for other neighborhood residents. The square's patchwork of hardscape elements have created an immediate identity to Klagshamn and the developing landscape of native grasses, pine trees and flintstone is only beginning to define the future rooms. 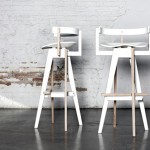 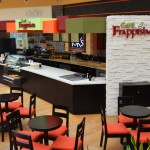