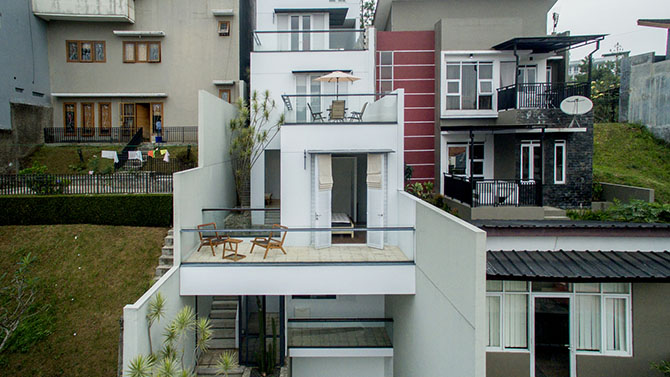 RDMA designed this inspiring 212 m2 private residence located in Cidadap, Indonesia, in 2017. Take a look at the complete story after the jump. 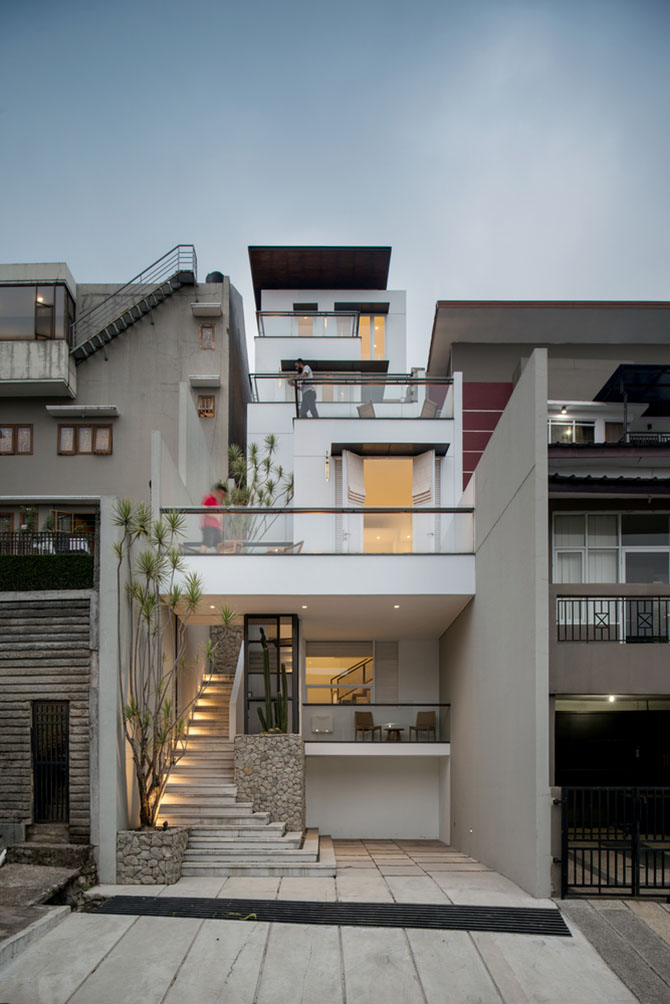 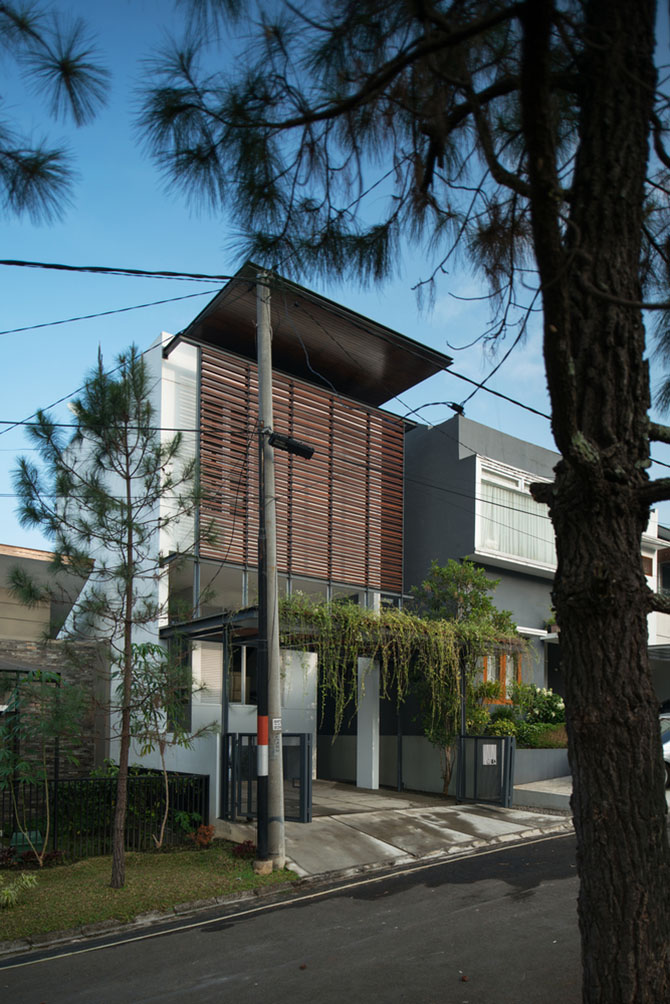 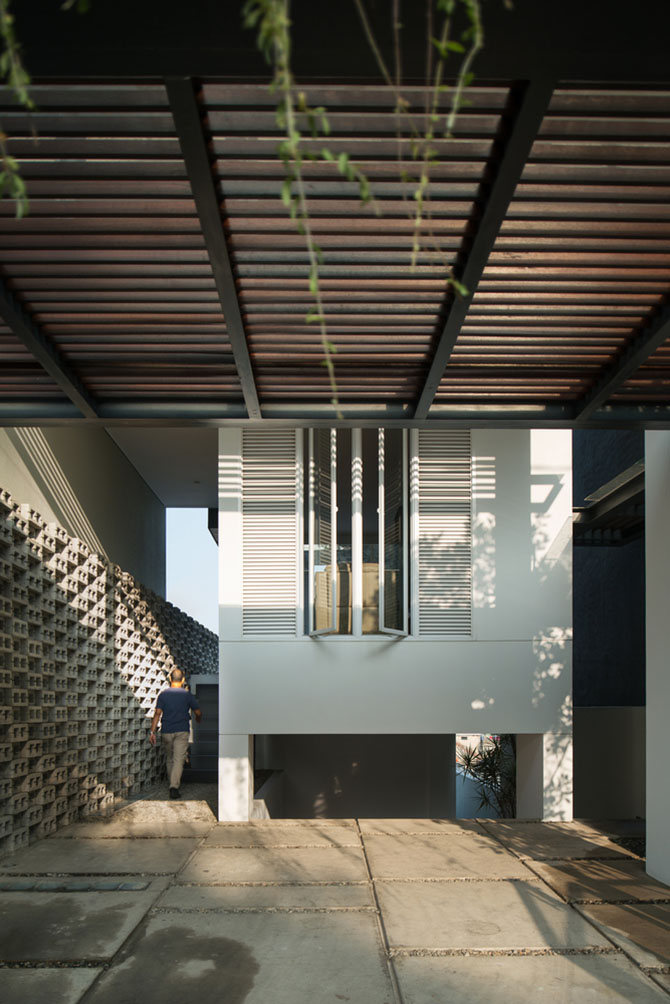 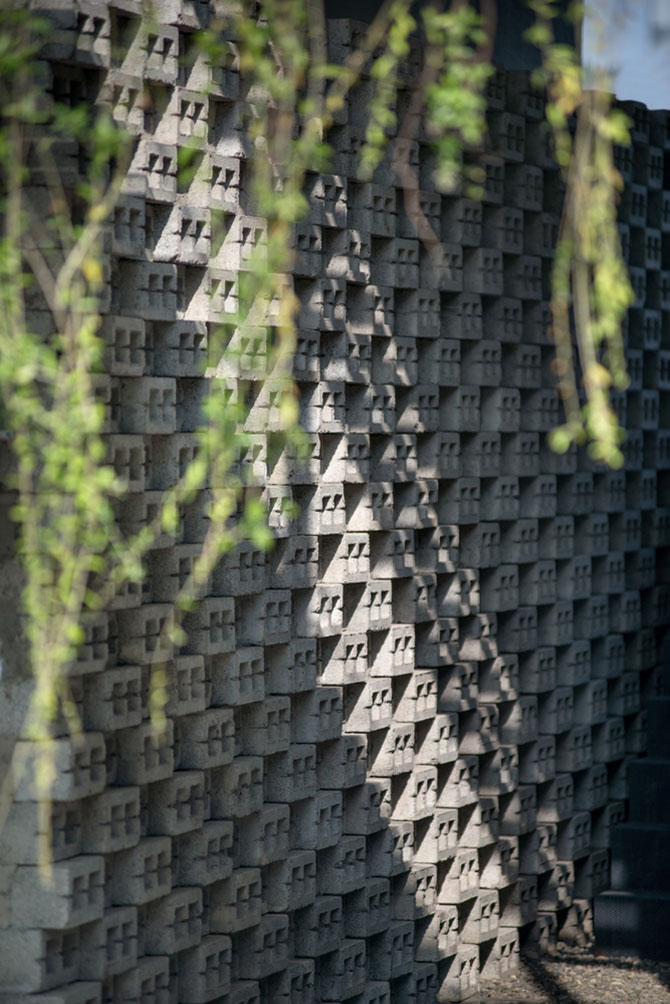 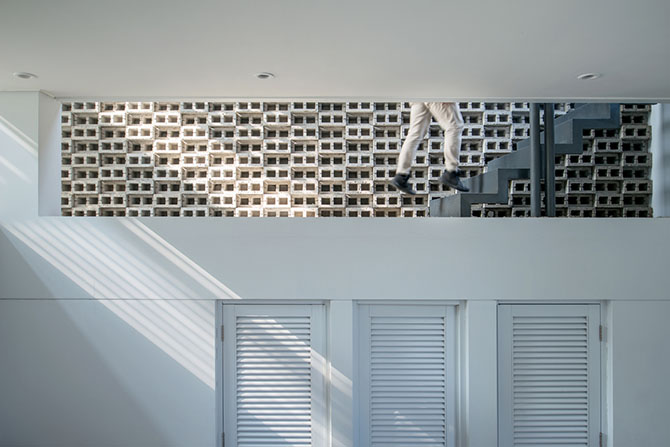 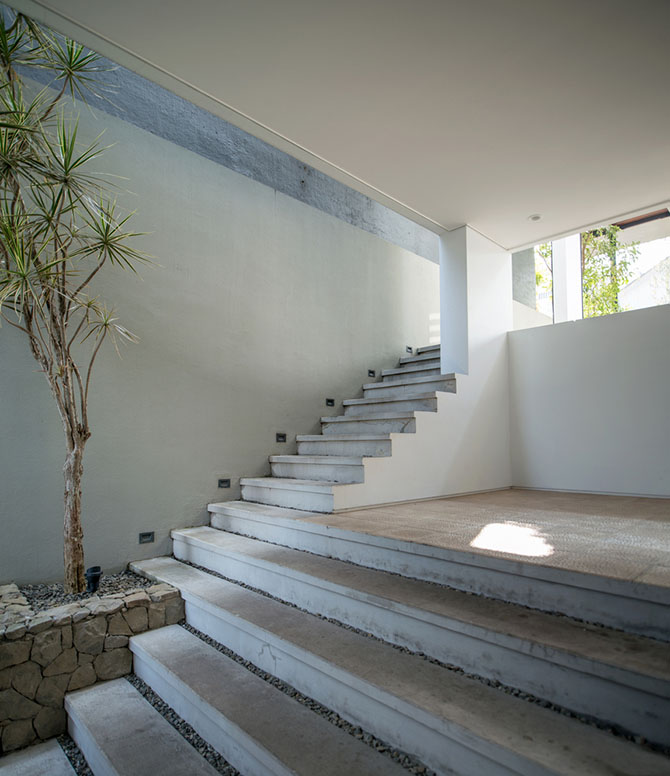 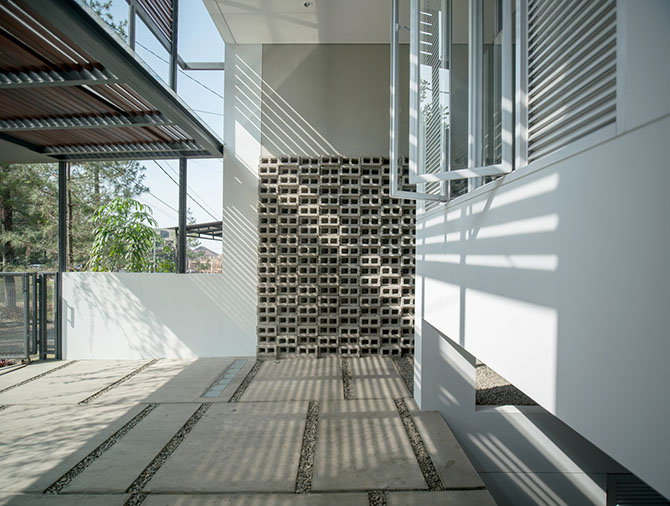 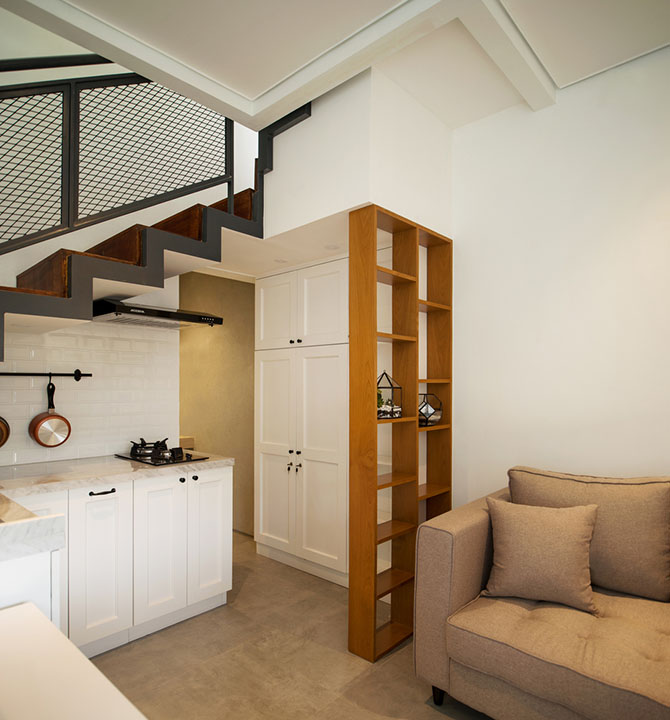 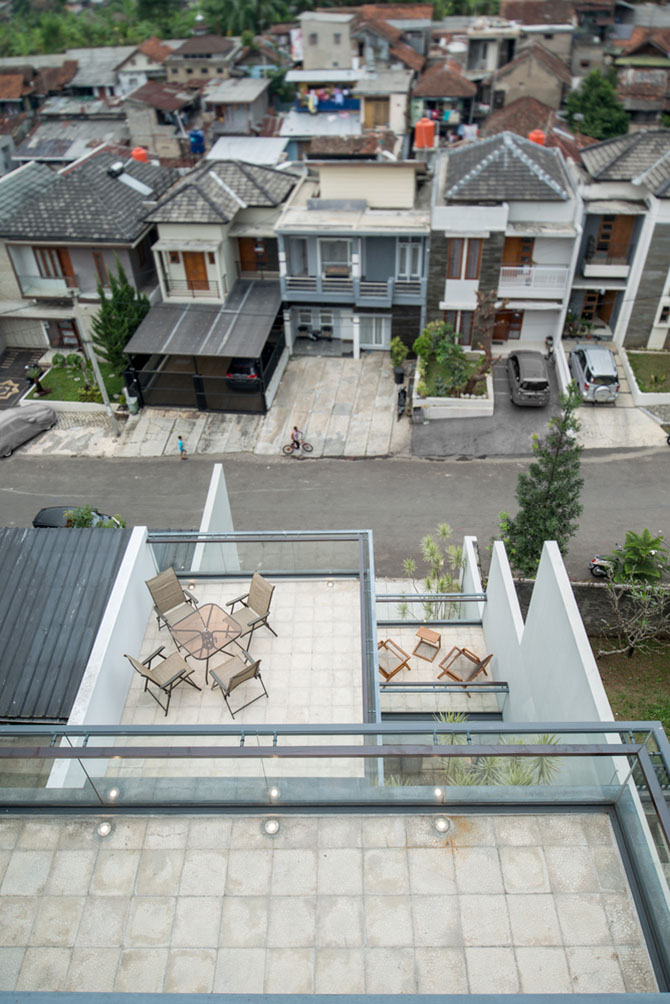 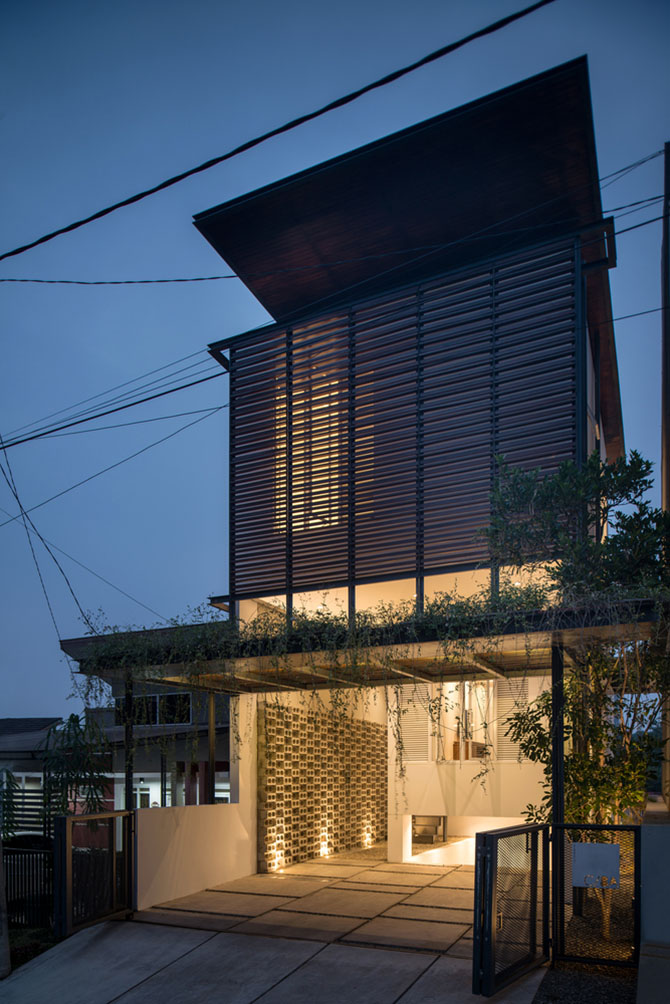 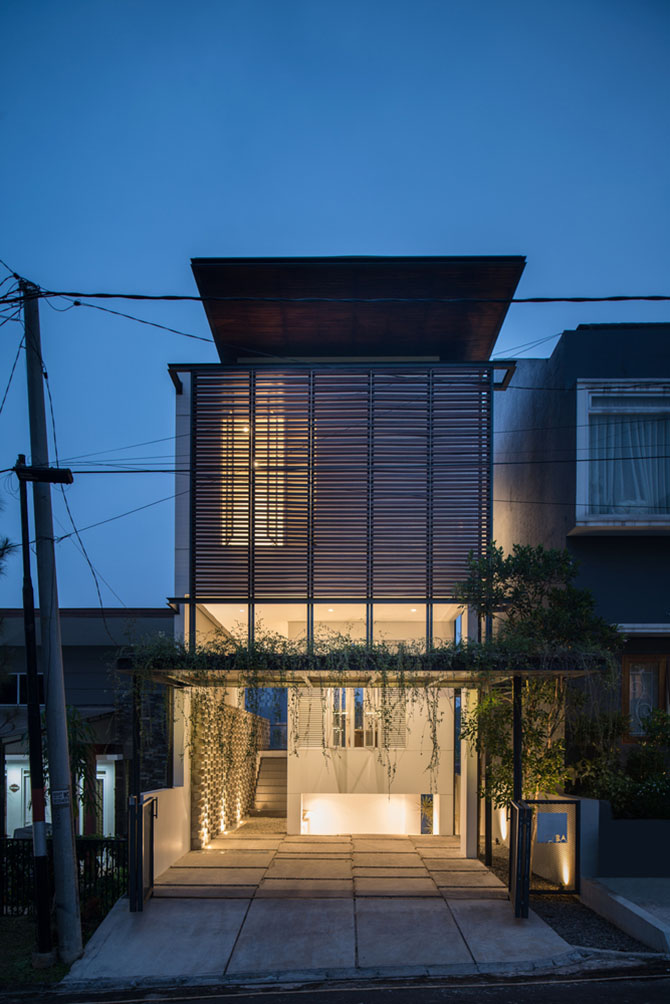 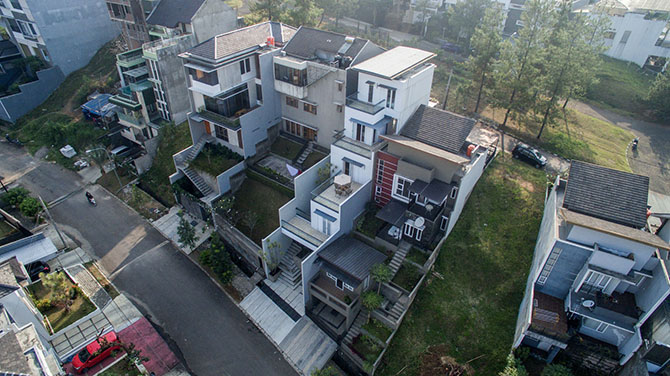 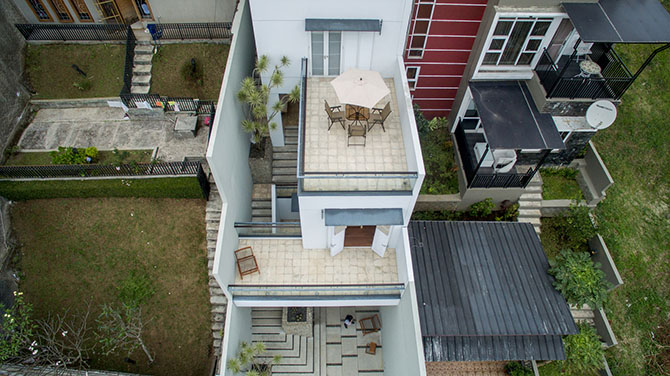 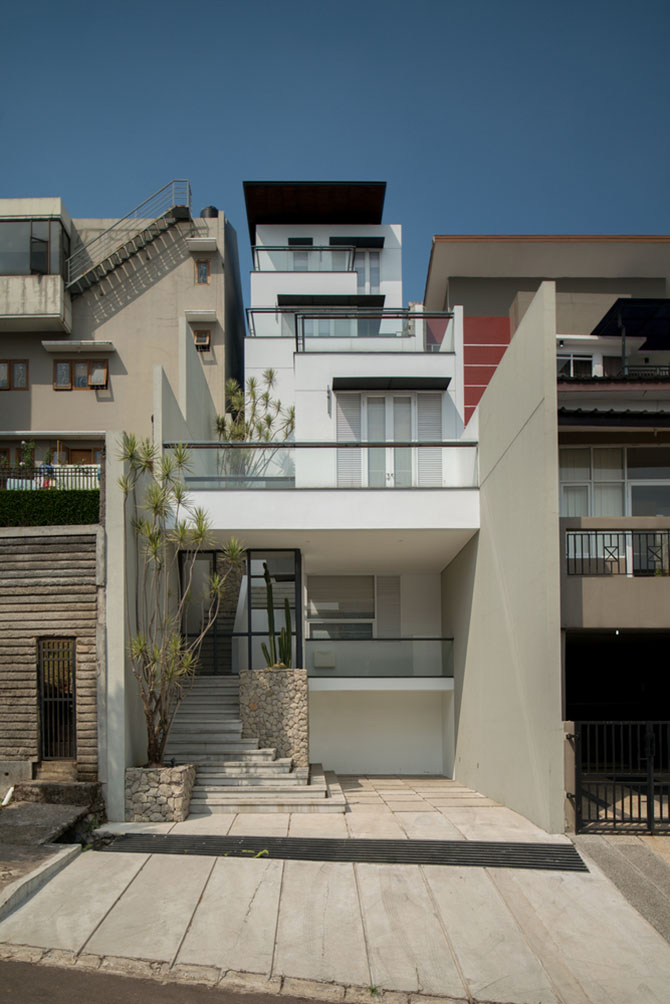 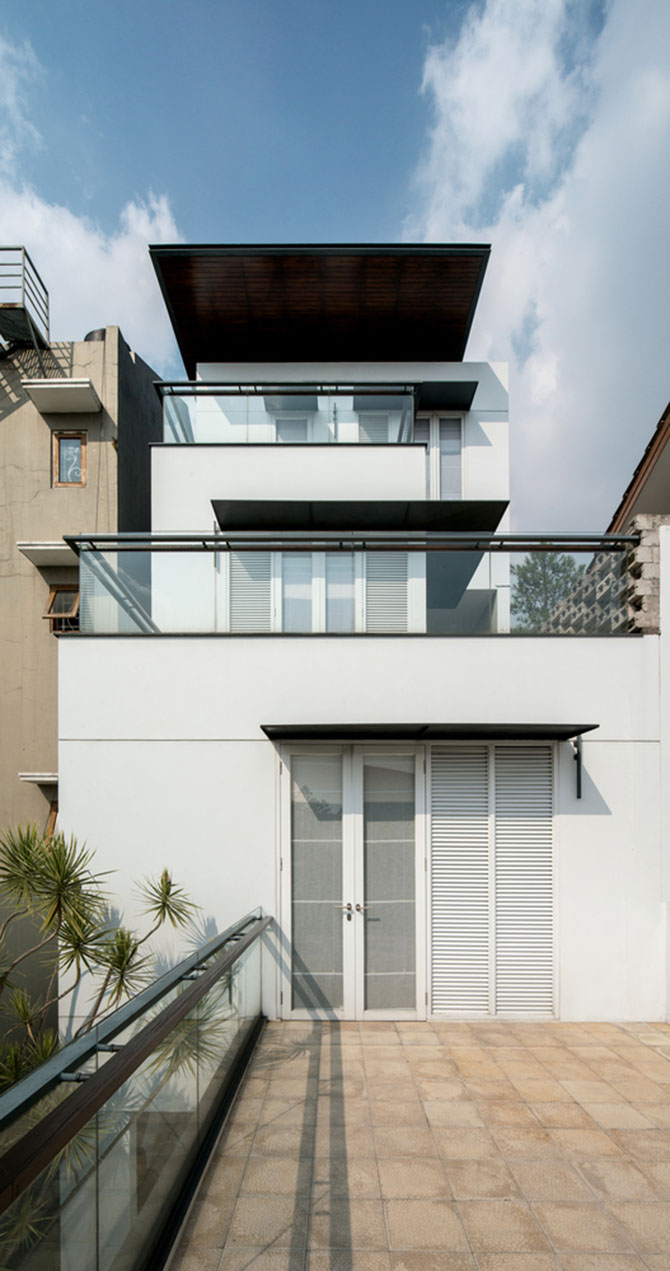 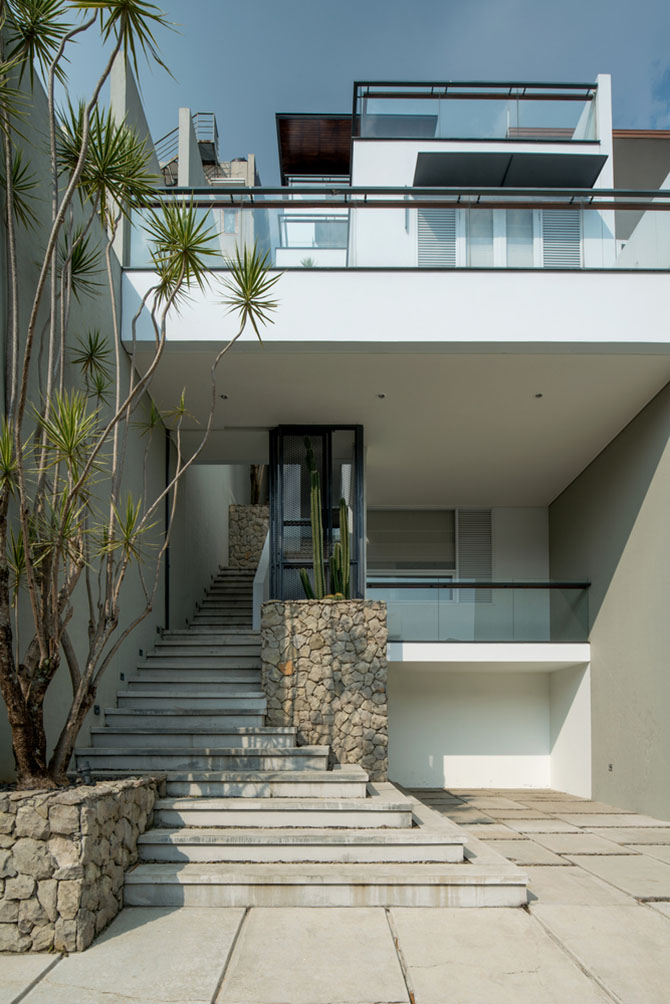 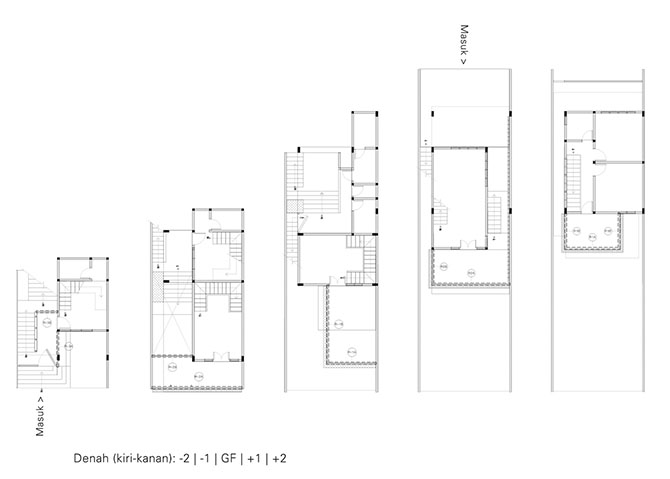 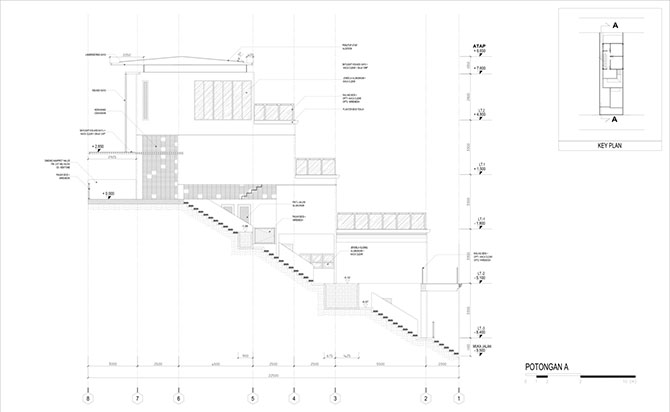 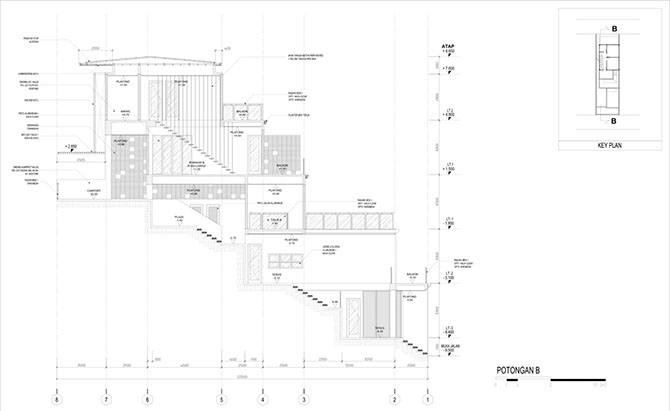 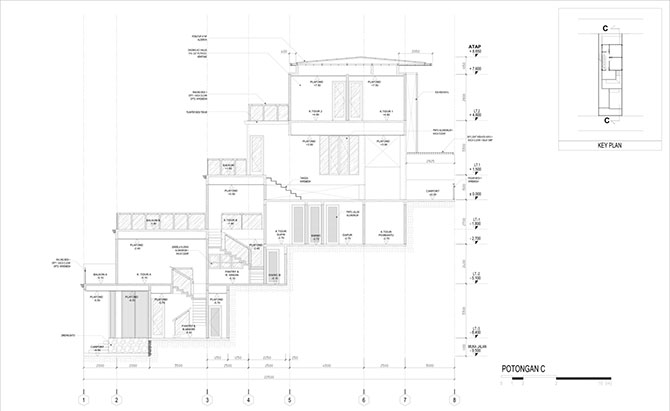 From the architects: On a sloppy narrow land measuring 6,5 x 25 meter, 3 programs were built within steps and planter boxes arranged naturally as a hardscape stretched from the lowest to the highest point of the land. They are 2 lofts serves as guest houses and a 2 story house for the property owner at the top. The unfriendly 30 degrees contour created more than 10 meter height differences between facades that emerged from the two roads attached at both ends of the stretch, and it was in fact treated as the site power which brought up into the site planning as the major theme of how the building masses should perform and interact within each other.

By applying terracing strategy, building masses were arranged in a way that each of the roofs can also function as a balcony for the floor above. Every floor has their own private balcony. The owner wished a vacation cottage that suits not only for private use but also serves as a Bed and Breakfast property in a separate two guest units below using the lower road as their entrance. Serving the requested function was then rather complementary whereas creating differentiation among other earlier rental property in the area felt more mandatory considering the unexplored contour by if not all, most of the property. Here, the contour is the main attraction.

Built inside a residential complex partially surrounded by densely populated settlements where they stand also on sloppy land with its unique character on circulation between alleys, then it may become interesting if the similar quality of space experience adopted into the site plan thus creates a certain sensation when moving inside from one end to another within the landscape. Typically a property on a narrow plot is built by maximizing claim on its programmatic space against the land. Here, though the land width is only 6,5 meter, site planning is, on the contrary, minimizing it and replaces it with an outdoor circulation which connects the 3 dwellings that are inter-dependent with each other in a form of alleyways along with its outdoor properties.

This results in a unique interaction throughout the movement into the cottages. The same interaction that happens inside the alleys of the dense settlement at the surrounding area or at any other typical steep habitation in Bandung. However, this one happens in a small 200 m2 plot. Bringing in the outdoor qualities within the masses has in-fact not only enriches the space experience inside, but it also seems to enlarge the narrow width of the plot which is likely because such potential on the availability of alleyways and landscaping should usually happen on a large plot area. 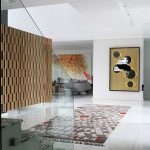 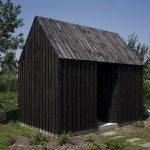