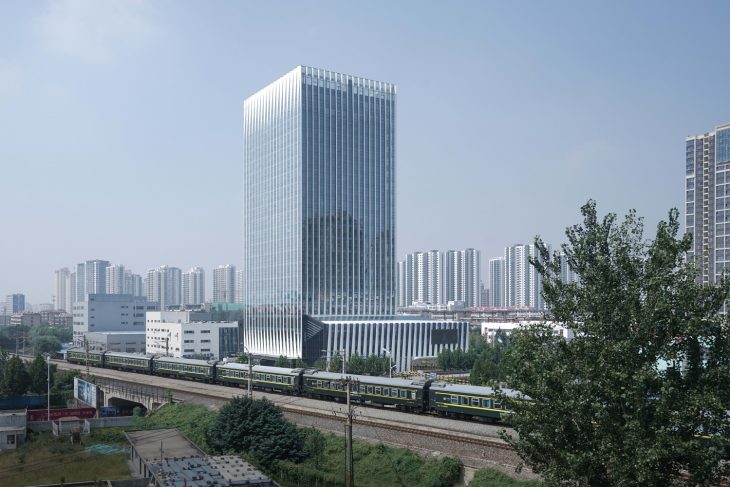 Modern skyscrapers liberate human activities from gravity. Skyscraper featured by verticality makes us break away from familiar senses and consciousness of being existing. “An existence without evidences” is not only the description of varied skyscrapers but also of the life it accommodated. Architecture should respond to its specific site actively and establish dialogue with its context， thereby bringing correlation of spatial experiences and continuity of visual consciousness, which makes people, space, movement, and event tied to environment in a bigger scale. 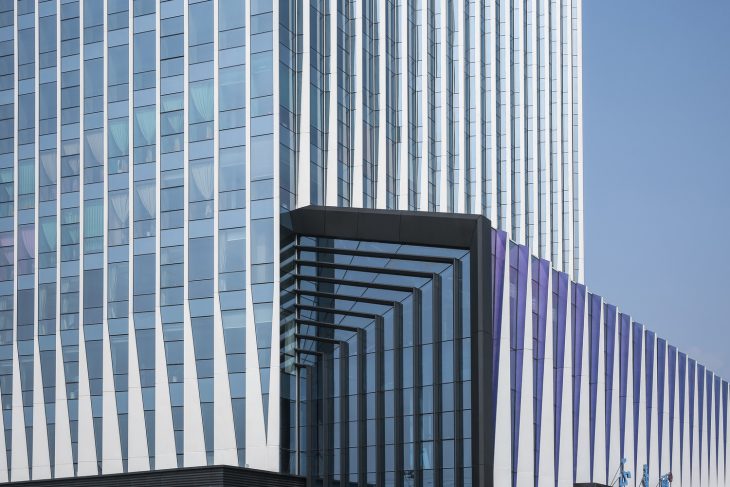 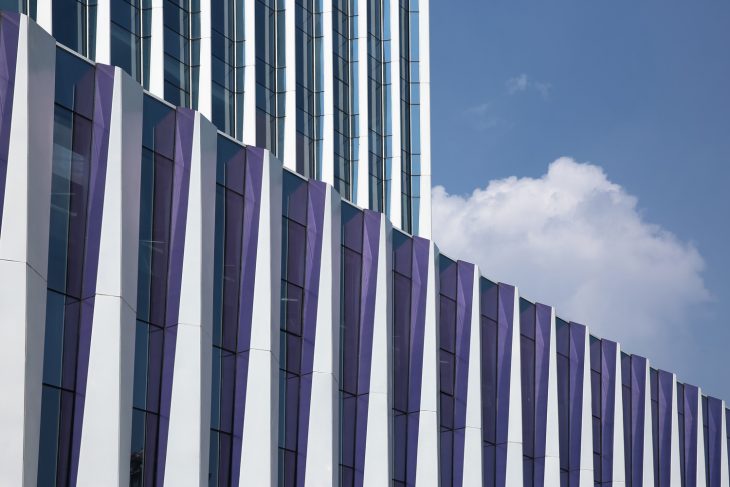 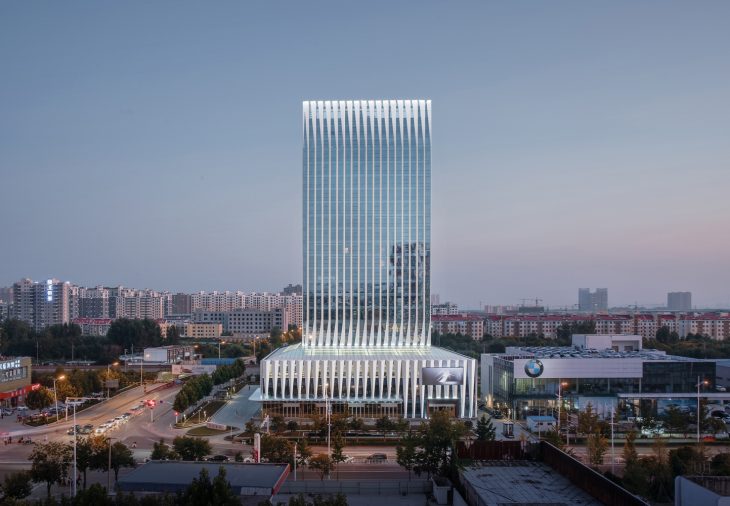 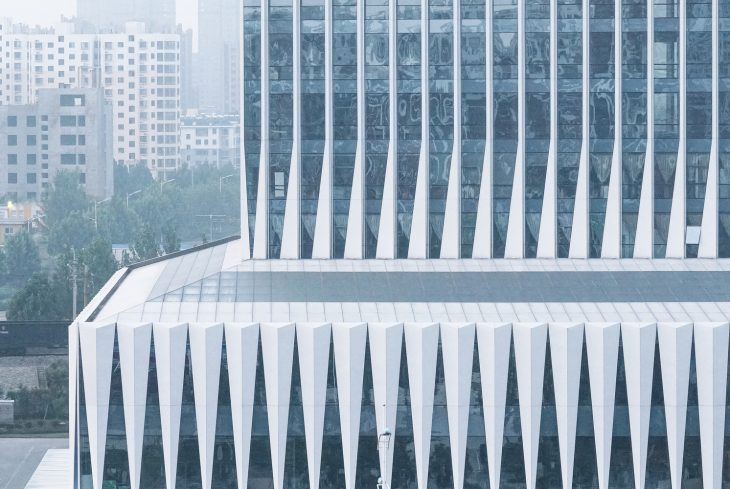 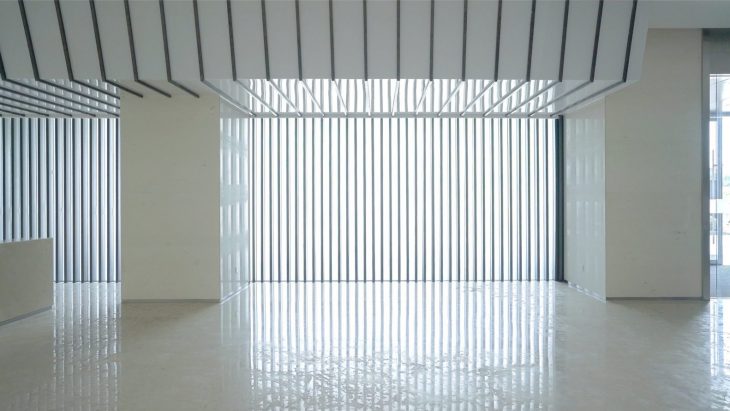 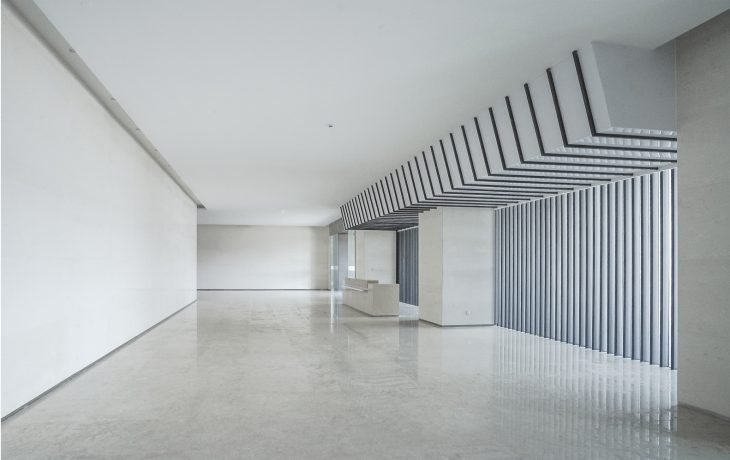 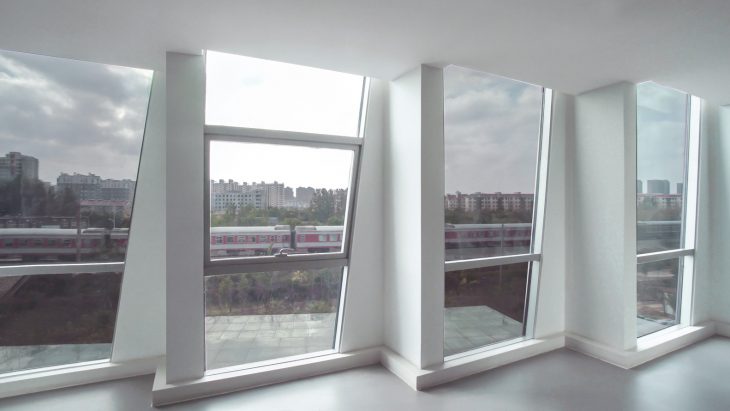 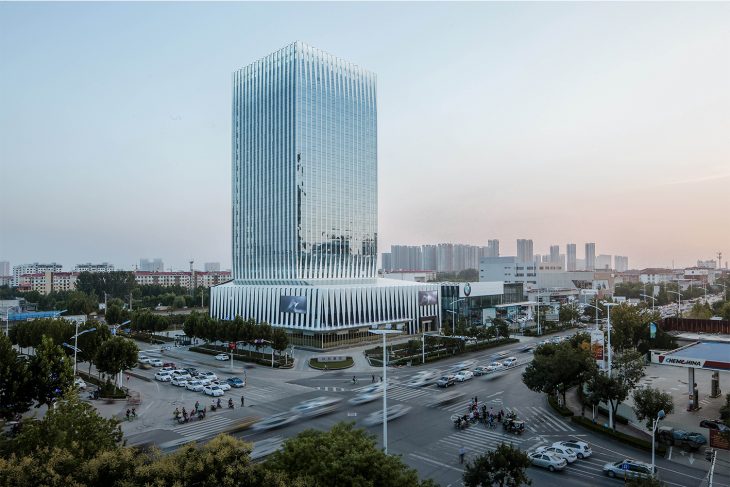 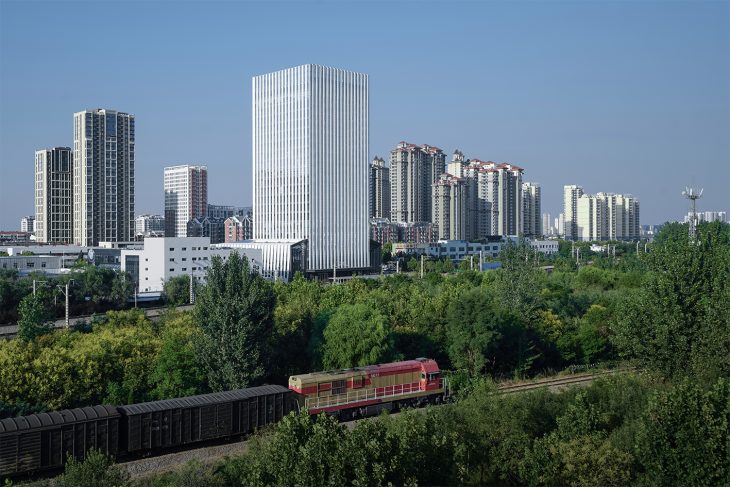 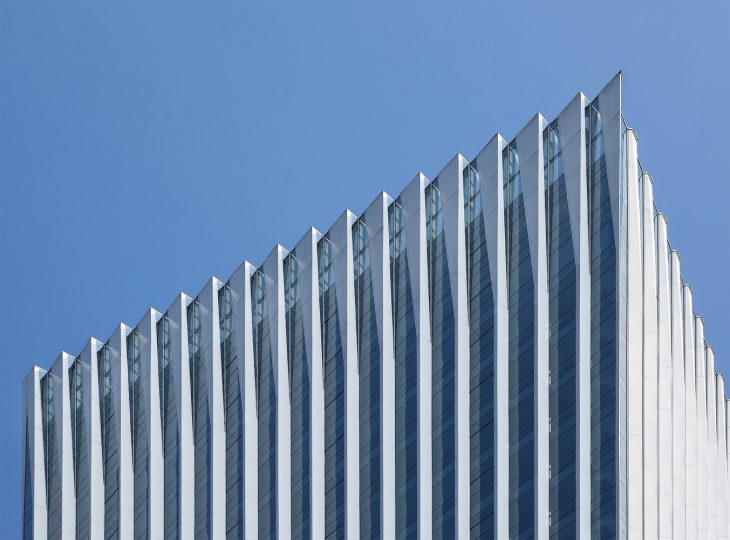 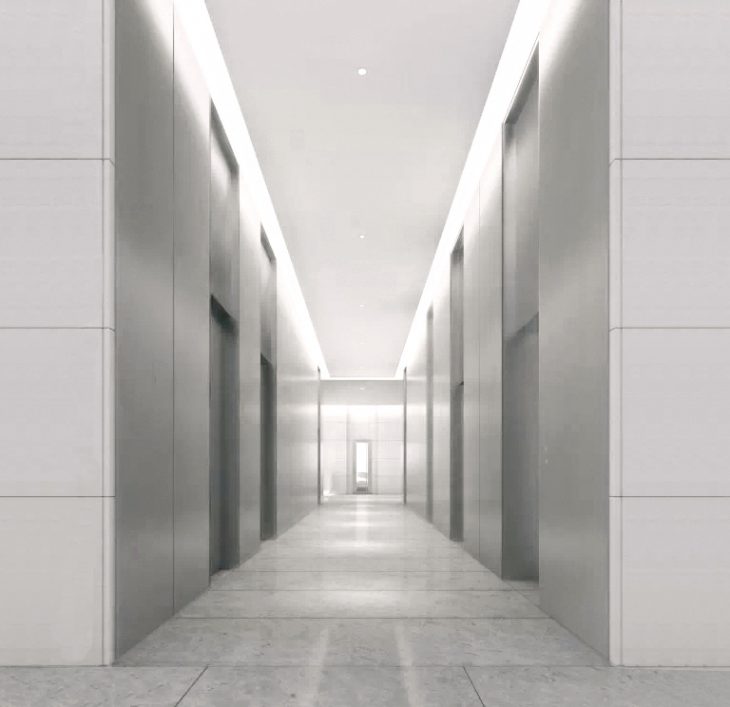 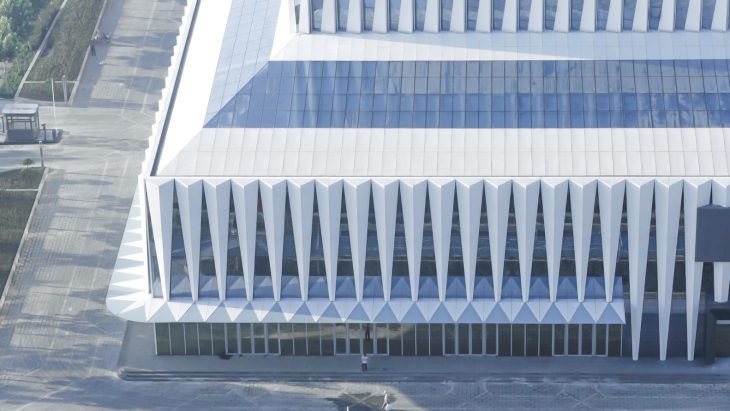 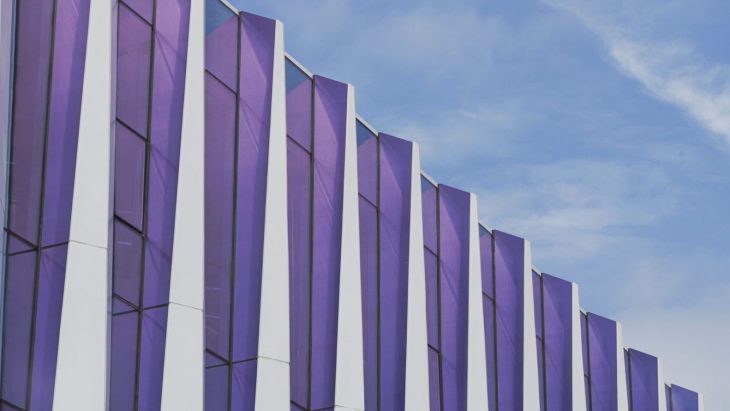 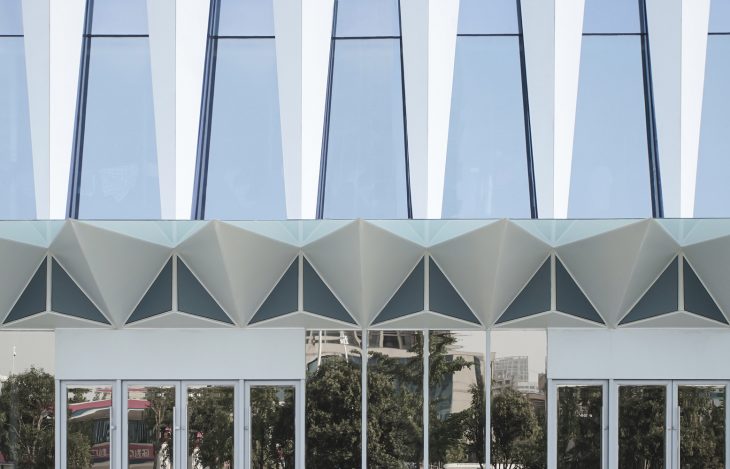 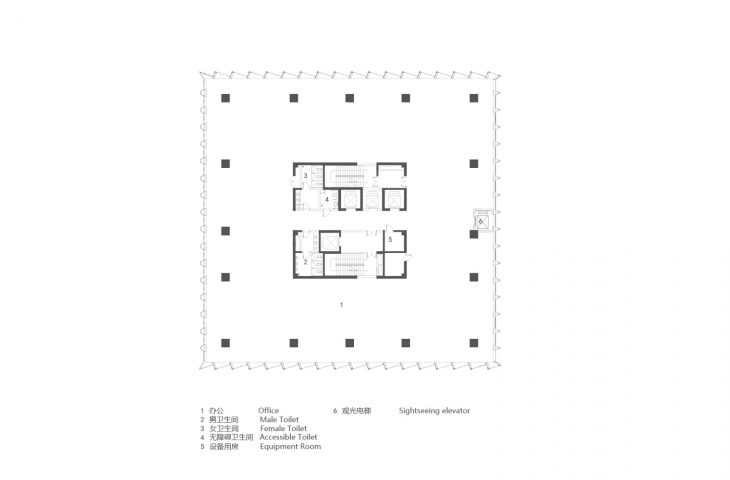 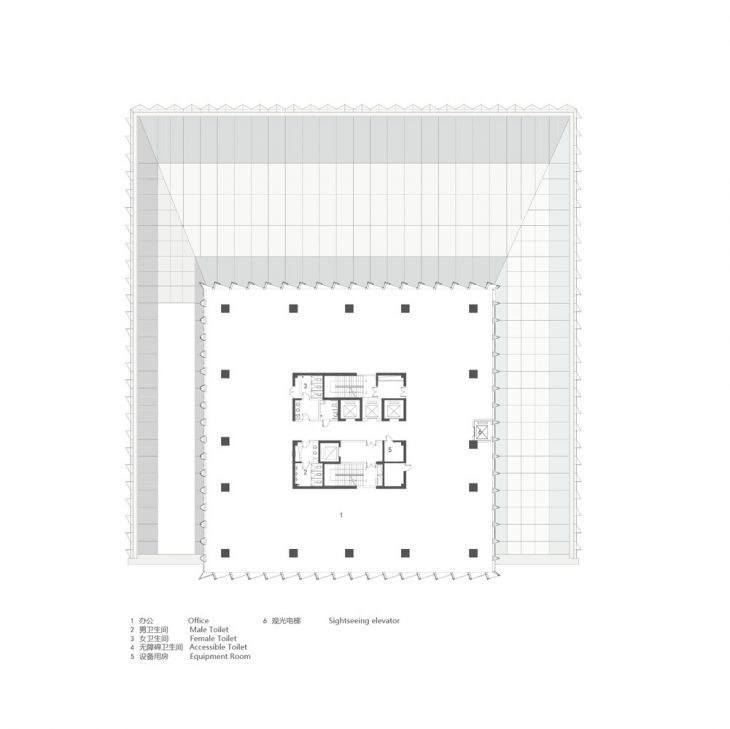 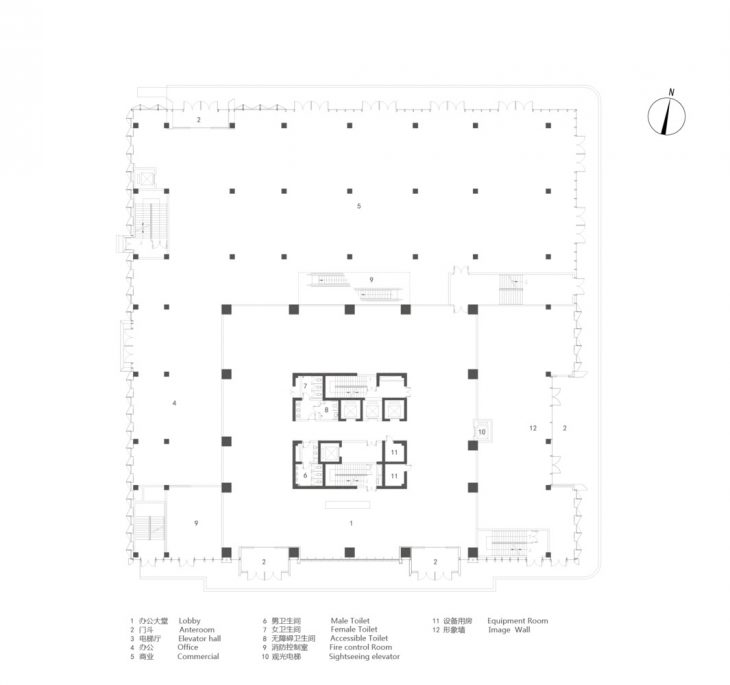 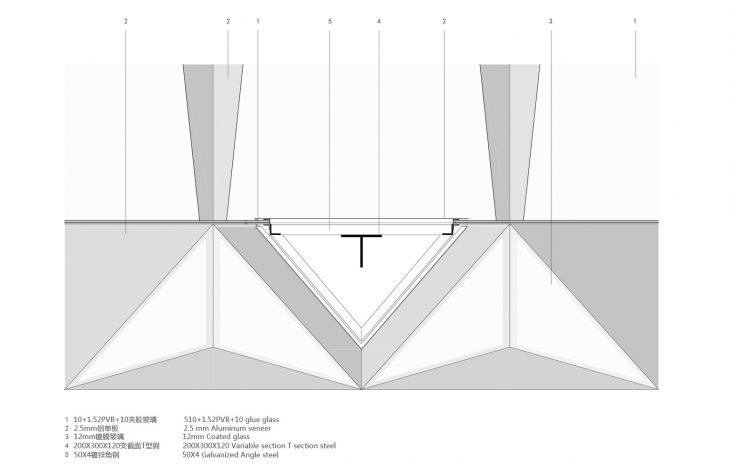 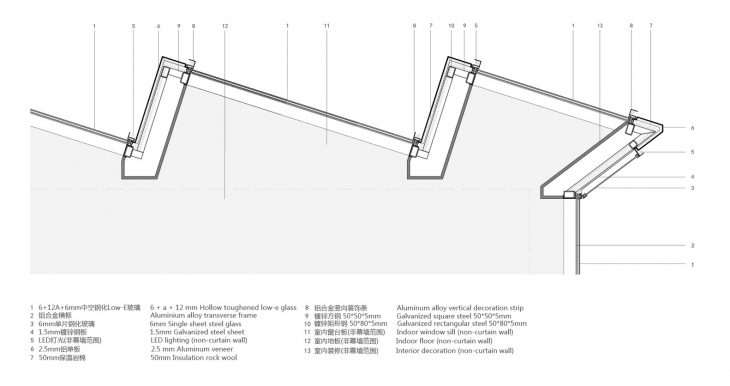 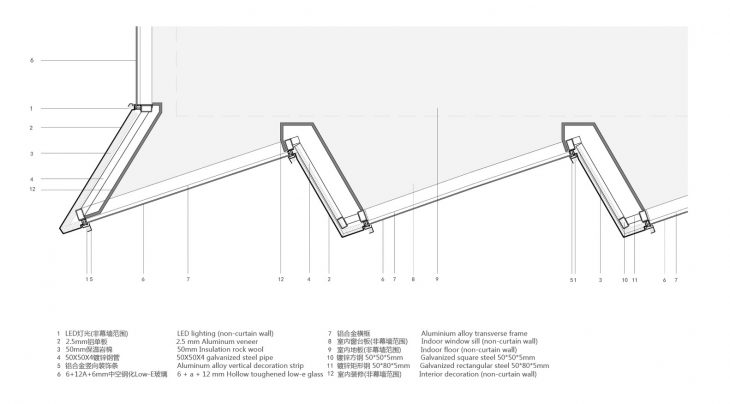 Yimeng Mountain lies across the East China plain and Yi River runs from mountain land in middle south of Shandong province, meandering eastwards through Linyi city. The site is located in Lanshan area in Linyi city. It faces Yi River in east, and in west, it is beside Yizhou road which is a traffic artery of the city. The twin-track Yanshi railway both for passengers and goods lies in south of it and cross-river bridge of Taoran road connects the airport and railway station that are on tow sides of the river. It’s in the intersection of waterway，highway，and railway transportation.

Views of the site are varied. In north and east sides, the straight line of the plan is folded up to the river in the east side, which forms triangular spaces around the margin of the building. to lead the people’s eye is looking forwards the view from Yi river. Every folding unit is 2.1-meter long. So, the scale of it is suitable for two to three persons to have rest and enjoy the awesome view around the building. The east and west sides are folded up perpendicularly to face the river and the urban respectively. Overall, it forms a condition that the fluid facade is relatively more see-through in southeast and more solid in northwest to respond its particular context.

In vertical direction, components run though the whole facade. Around the top and the bottom of the tower, the facade components change from line to surface rhythmically. The detailed facade on podium plus the middle and the top of the tower, shaped the integrity of the building. Near to the ground, the facade of the podium is detailed by folded iridescence aluminum panels in geometrical form. The alternate reflections of natural light and surrounding scenes from the aluminum panels and the glasses gives the facade spatial characteristic.

Physically, the façade of architecture exists in a unmitigated static state but in environment, the time and space give it correlation between dynamic and static characters. When people walking around the building, its facade seems to compose a cento where light and shadow flows alternately, the void and solid mixes gradually. People, architecture, and environment are no longer distinctive individuals but they produce a vivid scene with their interrelationship. The penetration between inside and outside and the interdependence of movement and stillness give a sense of ambiguity, which is our exploration of the dynamic facade correlation.