Zaha Hadid is participating in the Fabergé Big Egg Hunt with her “Liquid Skyline” egg, which will be on display at the Fabergé New York Boutique on Madison Avenue from April 1st to April 17th 2014 as a part of the city-wide public art display.

Zaha Hadid is a British architect who received the prestigious Pritzker Architecture Award in 2004, and is known for her unique and futuristic designs which have garnered international acclaim.

Starting on 1st April, participants in the Hunt will be able to download a smartphone application (TheBiggEggHunt App) which will guide them throughout the Hunt and enter participants in a sweepstakes to win one of three extraordinary jewelled prizes created by Fabergé. The eggs’ locations will be undisclosed until 10 hunters use the smartphone app to check-in at an egg, thereby ‘cracking it.’ Once an egg is ‘cracked,’ its location will become public, appearing on an interactive digital map. The more eggs the hunters check in at, the better their odds of winning a prize. 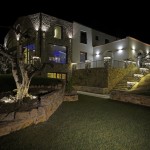 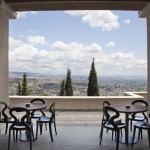