Alberto Apostoli designs the new spa and the suite for “Casale del Principe” in Monreale, Sicily. Contemporary and sophisticated design meets Sicilian ancient building techniques as well as powerful and vigorous aesthetics. For more images along with architects description continue after the jump: Monreale , a characteristic town in Jato valley, is famous for its cathedral, a millennial solemn monument that combines different styles with references to Northern Europe architecture and Arab art. This mixture of genres is typical of a territory like Sicily which, in the course of its history, has known domination and influence of diverse cultures: Greeks and Romans in the ancient times, Byzantines and Normans in the Middle Ages, Spanish and Bourbons in the modern era. A continuous succession of traditions and customs that gave rise to a strong and lush character . In fact, these are the stylistic characteristics of the " Casale del Principe" , a sumptuous agritourism farm surrounded by the walls of a monastery of the XVII century that appears to be suspended in time. In the sixteenth century a lookout tower stood in its place; two centuries later, a convent of Jesuits found its residence. This residence was replaced by a fortified farmhouse in contemporary times. Today, the farmhouse is a main step of the Sicilian gastronomic routes for its typical organic products and, in particular, thanks to the production of an oil with high organoleptic characteristics. In 2012, in order to complete the range of accommodation, the Rizzo family, owner of the property, decided to create within the structure a wellness center with a spa, a rather ambitious project that involved the renovation of an area of the Casale almost completely in ruins; The project also included the creation of seven themed suites and the restoration of some external areas. The concept behind the project was to reflect the peculiarities of a place so steeped in history and tradition without falling into mere trivialization of the Sicilian style. From here, the meeting with Alberto Apostoli has happened in a natural way, given the attitude of the Veronese architect to communicate with the "genius loci" in all of his projects and his particular affection for the land of Sicily. For outdoor areas, Apostoli designed many terraces on different levels and nature trails for the discovery of decorative and medicinal plants, spices, fruits and all the biodiversity; particularly "lush" due to the presence of a freshwater aquifer under the area, unlike the rest of the territory that is much more bleak. From one of these paths, the guests arrive at the main entrance of the spa whose facade is characterized by two large windowed arches and a rose window made according to ancient local techniques. The Spa at Casale del Principe is characterized by its relationship with the extraordinary architectural complex in which it is placed, the nature and its flora so rich and unique. The concept avoids the creation of artificial spaces, but is characterized by a particularly strong identity, creative and versatile synthesis of the Sicilian culture and the “ability to build" from its craftsmanship. The result of this relationship is the creation of sensory and lively space, in which every detail of construction has been designed to exploit the most authentic materials and construction techniques of the region, as well as to emphasize the particular geographical location. The Spa is spread over two levels and it integrates smoothly with the first floor, in which seven suites were included to dedicate them to the territorial values On the ground floor there is the main attraction of the wellness center, a cabin for treatments carried out in a "cocoon" or large basket, six meters high and floating on a pool. The basin defines the main shapes and contributes to the creation of spaces. This particular "place" has been designed to provide guests with massages and treatments with essences and products typical of the Sicilian territory, in a very unusual and maternal room. The construction technique, used by local craftsmen, involves the use of natural cord grass marsh wicker over a metal structure. The scent of the "straw", spread by this real sculpture can already be felt from the hallway that leads to the old farmhouse suites. Next we find the reception desk crowned with a beautiful graphic 10 meters long that recreates the image of the Cathedral of Monreale all along the corridor that leads to the humid area. At this level there are also treatment rooms, a windowed sauna, a hammam divided into a calidarium and a tepidarium, emotional showers and a relaxation room.

Downstairs, the swimming pool was built in an underground structure, obtained by digging into the bare rock; the same rock becomes the subject of architecture and decorative art. From here it takes life to three-dimensional stylized floral elements that rise along the back wall, to model the ceiling in the form of petals, a symbol of the local biodiversity. The mosaic that covers the pool follows this upward movement, rising from the bottom of the water along the central column, which becomes the trunk of this concepttree. As a trait d'union between the three levels (suites, spa and swimming pool), the impressive staircase in painted steel became one of the most distinctive architectural elements of the structure. Going up the stairs you can see the most beautiful parts of the farmhouse, each time discovering a different glimpse, a new spot, a new light or an unexpected shade.

Apostoli sums up the project: "the space is aesthetically very homogeneous although it offers technologically innovative solutions, details made by local craftsmen of ancient tradition and a particular attention to the territory and its ancient culture. I tried to make the most of the space available to excite the guests through simple and unique objects, combining layout, material and sensory atmospheres. The mountain that dominates the structure and the morphology of the surrounding area helped me to develop the concept of this project; I wanted to express my design simply emphasizing the particular form of the location and through the discrete surprise generated by a number of creative inventions although related to Sicily" . For the realization of the suites, Apostoli together with the property studied seven different spaces, inspired by culture, tradition and the Sicilian environment.

SUITE STONE: “The stone symbolizes strength. On the rock we symbolically build our future . It is the main material of architecture from which no one can ever emancipate as architects. Materiality is the main theme of this suite, starting from the floor in blocks, to the sinks made of a block of stone, monolithic elements whose three-dimensionality is emphasized by the back-lighting”. SUITE WOOD: “Wood is a material that I love; it finds its full expression in this suite with a definite but refined taste." You can say that everything is wood but the wall; the floor, the lighting fittings made from longitudinally sectioned trunks of olive tree and the coating of the bathroom”.

SUITE HISTORY: "Sicily is the quintessence of the history. I felt it was necessary to devote a space to the antiquity of the island in which the experience of a stay must also synthesize a territory. A stylized structure with columns refers to the architecture of the great Greek temples in which the four-poster bed represents the central “naos”. A tribute to the acropolis of Monte Jato, less well known but no less important than the other acropolis of the region".

SUITE WATER: “Water is the element that symbolizes purity, birth and life. A space dedicated to water is an attempt to give “visual solidity” to a unique and unusual as well as fascinating and magical building material. The bed is encased in a Teak platform that floats like a raft on the floor of a deep blue color. On the same platform a round tub has been inserted”. SUITE CITRUS: “citrus fruits are treasures of Sicily, fragrant, colorful and pleasant to the touch; a product of the land rich in sensory. I tried to give to citrus fruits an adequate space with irony and creativity. The colors as the predominant element . The bed and the walls are rounded, a simple but effective reminder to the shape of the fruit, while the blue coating for bath and shower represent water that gives them life”.

SUITE CULTURE: "culture is food for mind and Sicily is the cradle of a millenary culture. I dedicated to culture this large suite "Open space": The square shapes and the clear division of colors emphasis the partition of the room, where sleeping zone and bathroom are separated by a simple low wall"

SUITE ART: “the essence of art is the need to represent the world around us and our emotions. Given the importance of art in Sicily, I instinctively decided to design a room that would evoke this basilar human need. A dark wall highlights some handmade frames of white chalk that include representations and architectural details of the ancient Greece theater. On the other side of the room, a wall with vertical strips, represents art in its more modern and minimalist form”. 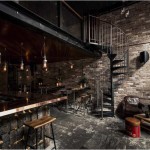