Here's some "home work" for you guys, and it is the latest competition organized by the famed [AC-CA]. Find aim and more useful information about this International competition named Container Vacation House – [SYDNEY] below:

Sydney is the state capital of New South Wales and the most populous city in Australia. It is located in south-east coast on the Tasman Sea. The greater metropolitan area had an approximate population of 4.6 million people.

The container is a metal box fabricated from slow rusting steel designed for transporting goods. Its dimensions have been internationally standardised according to ISO regulations. It is also used as a building module in architecture. The ease of stacking the containers allows for rapid construction at an advantageous cost.
The word “contain” comes from Latin word “continere” meaning to hold together, to surround or to store. A container is a vessel that surrounds a usable volume of space and thus defines the spacial boundary between interior and exterior. And as a walk-in box with useful spacial dimensions, the container fulfils the prerequisites for use as a spacial module.

AIM OF THIS COMPETITION

The aim of this International Competition is to design a Container Vacation House overlooking the Bondi Beach waterfront in Sydney using used freight container. This competition hopes to achieve the following:

_Encourage and reward design excellence at a small scale which integrates function, structure, details and the spirit of waterfront home.
_Research and investgate the various combination possibilities for freight container units to meet the specified program.
_Generate the discussion and ideas about the reuse of freight container modules and encourage the employment of sustainable design in all aspects of the proposal.

This is a single stage Competition with the aim of identifing the most appropriate proposal, which best satisfies the general and specific objectives of the contest. THOSE ELIGIBLE TO PARTICIPATE

Architects, Architecture Graduated, Engineers and Students. Interdisciplinary teams are also encouraged to enter the Competition.
Submissions can be the work of an individual or a group up to 4 members and there is no age limit. This is an open International Competition hosted by [AC-CA]™ to generate progressive contemporary design ideas. There are no plans for the Container Vacation House to be built. 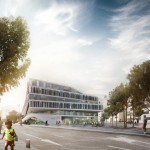 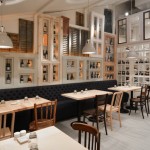